Prolific climber and Patagonia ambassador Josh Wharton spent a busy week in Canada in May 2012 where he did the first one-day ascents of the Emperor Face on Mount Robson, and the Wild Thing on Mount Chephren. 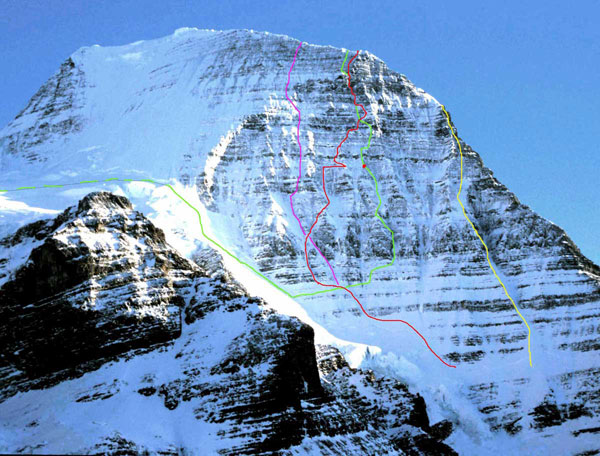 The 1981 route by South Africans Tony Dick and Dave Cheesemond (shown in pink above). It was the second climb added to the mountain

Re: Alpine Lessons in the Canadian Rockies

Another Rockies route put up by Dave Cheesemond and Tony Dick just saw a rare repeat (only the third ascent).


Mount Assiniboine is one of Canada’s most famous mountains, located southwest of Calgary near the border of Alberta and B.C. The most difficult route on the mountain is the East Face, first climbed in the early 1980s by South Africans Dave Cheesmond and Tony Dick.

The over 1,000-metre-tall wall has only one known repeat since the FA, and that was solo by Frank Jourdan in the summer of 2004. Jourdan was on the face for 21 hours.

Despite the aesthetic nature of the face, few climbers have attempted to repeat it, likely due to the unpredictable and often dangerous conditions, and its remoteness.