Difference between revisions of "Oudtshoorn"

This sector is located on the grey slab next to the path going to the main crag. The path to the main crag begins about 100m outside the entrance to De Hoek. There are routes from grade 16 to 22. 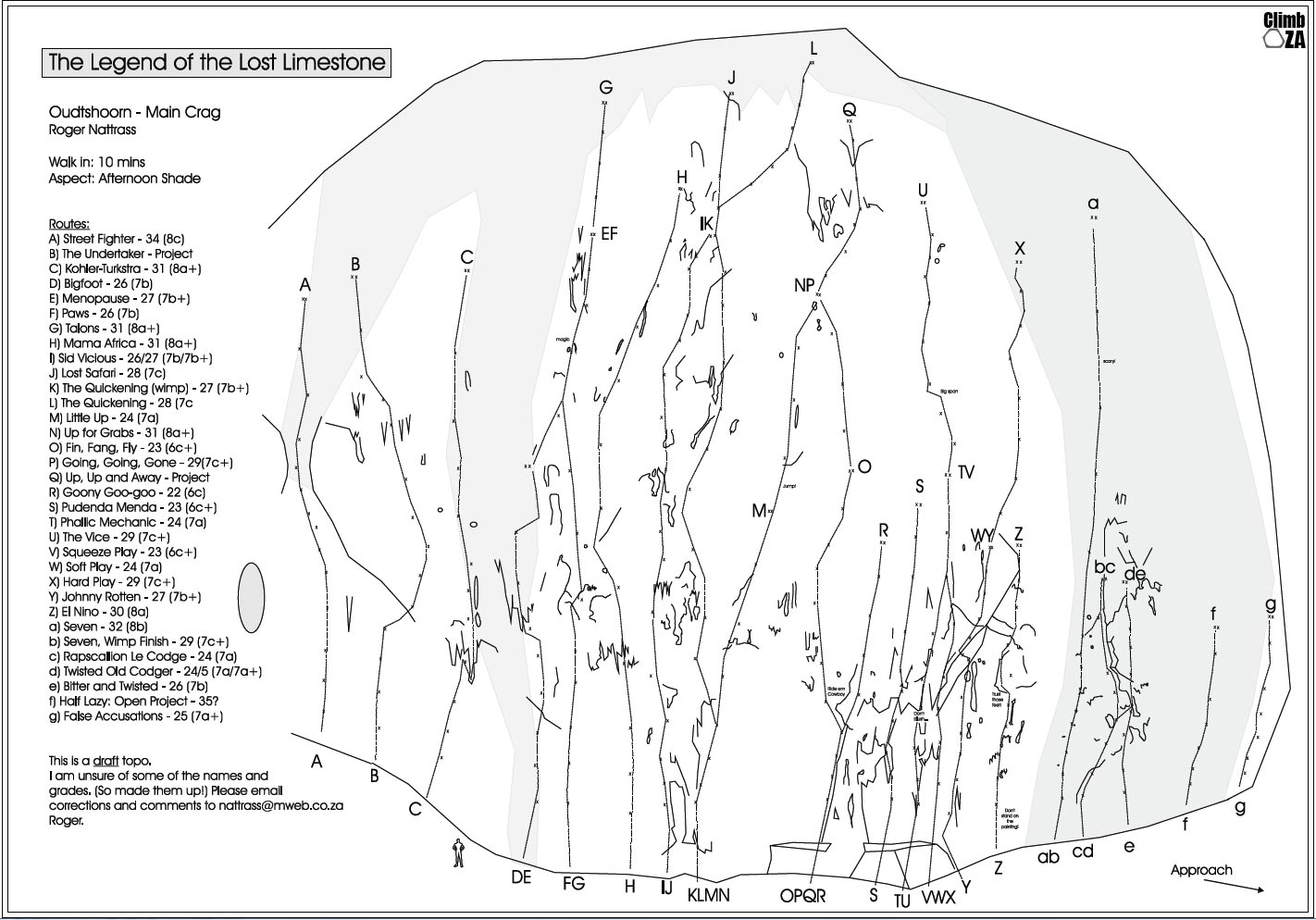 Up and right from The Watch Tower, a large crag with a slabby base

Follow the path on from the street fighter side of main crag, head down a bit, across a bit and up a bit to the Bushman's cave (Cave entrance obscured by bushes), Scramble up to a blocky ledge left of the cave using the metal staples (Thanks to Douw Steyn). L to R

On the other side of the road from the Main Crag. As of Dec 2008 there are some new routes/projects not listed here.