Best times to climb at Yellowwood

Winter is the best time to climb at YW. You just need to be selective as to what day you choose. Nice thing it only gets light at 730 so you do not need 3am starts as in summer.

3 days after rain and especially if rain is forecast the following day is the best as there is warm air pushed in as the front comes in from the sea. There is always water this time of the year.

If cold climb on the right at Smallblaar. One of the best routes to do is Beer Time. Sunny and toasty even last Saturday. Often a temperature inversion and you are above the clouds most of the day.

It only really gets cold once the South Easter comes in from August on-wards.

It is essential for first time visitors to do an ascent of one of the existing classic trad routes to appreciate the committing and adventurous nature of the climbing at Yellowwood. Older routes such as Armageddon Time (and the direct), Blood is Sweeter than Honey and Time Warp are all test pieces for their grade. And newer routes such as Prime Time (and the direct) and Fantastic Time as well as "routes in progress" of which there at least 3, are no less demanding at the grade. Most, if not all the trad routes on the main wall have at least one "R" (run-out) pitch but none are "X" rated. There is minimal fixed gear and very few fixed stance 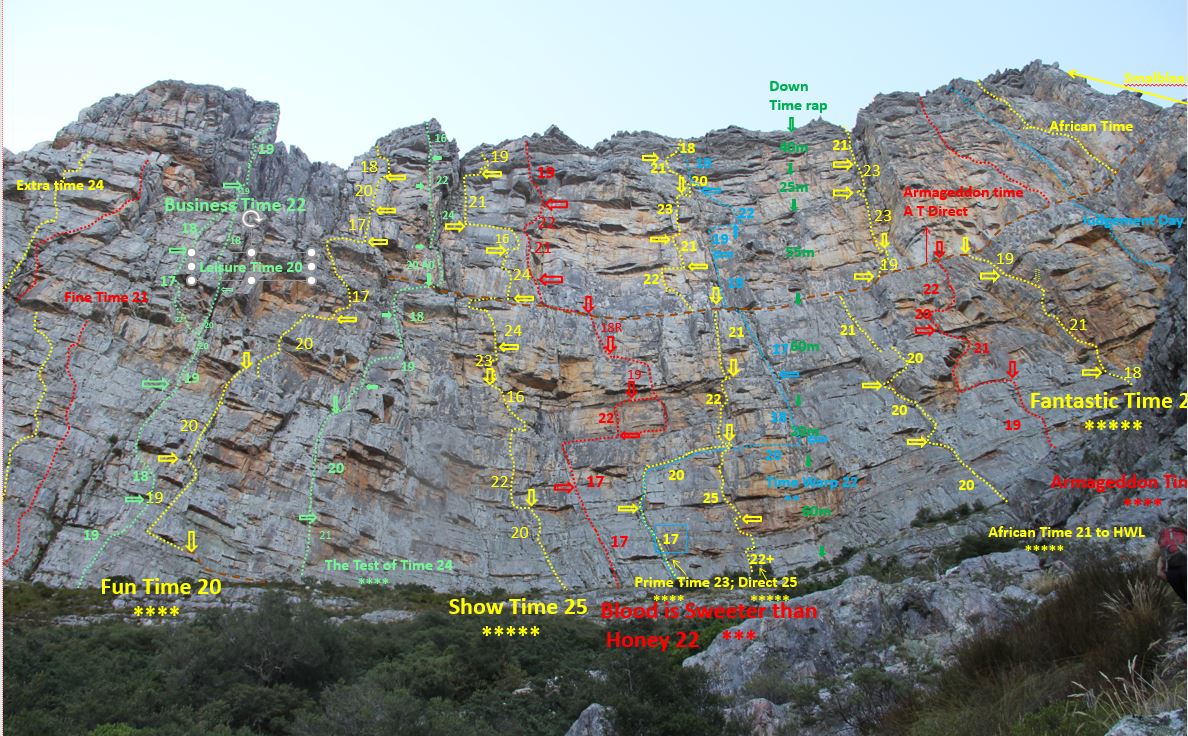 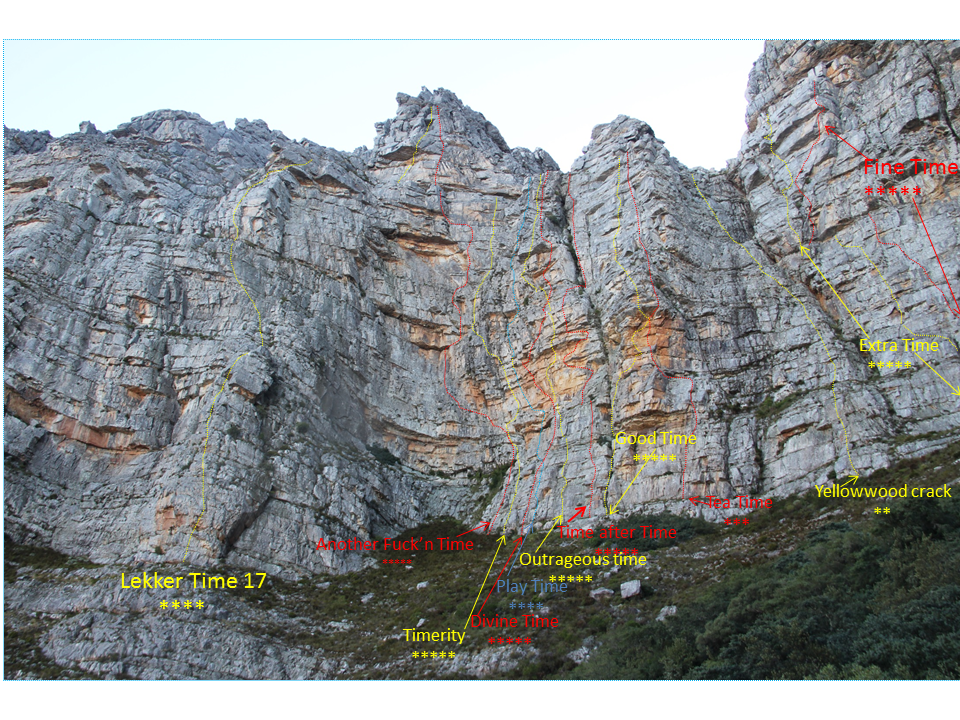 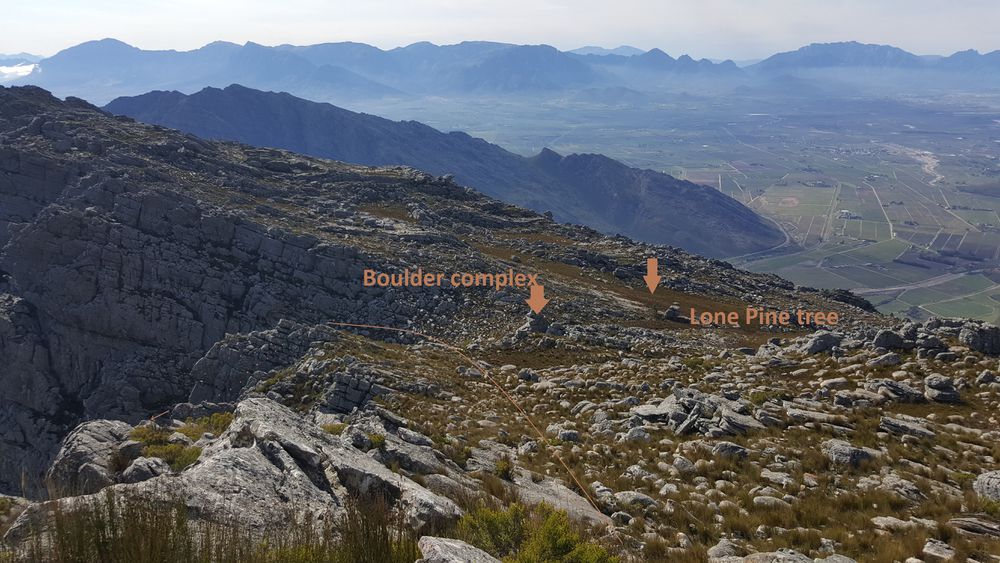 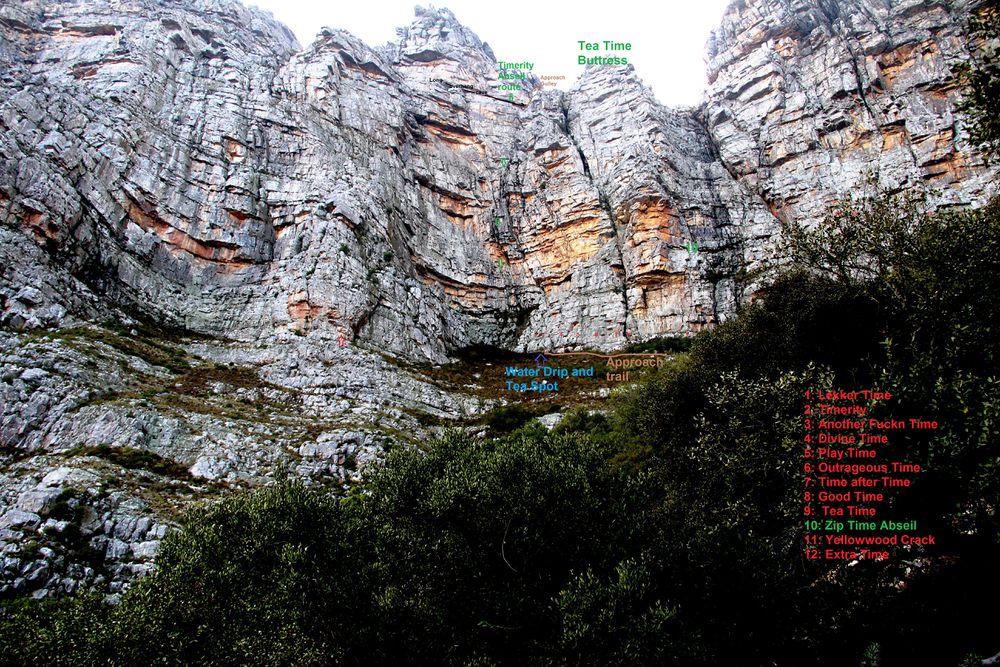