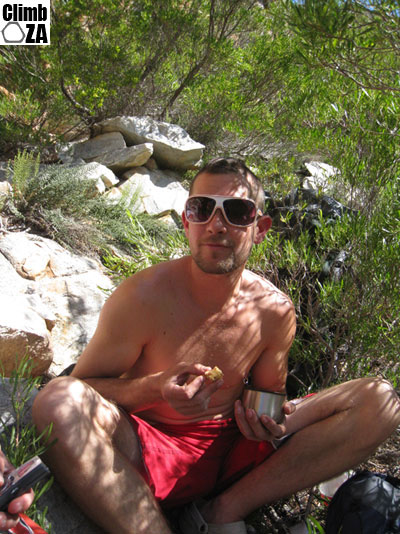 Four of us huddle under the only shady bush for lunch at Joe’s Garage in Keur Kloof, Montagu, it’s an unusually warm Spring day, too hot to climb and so the interview with local hero ‘Jamie (Jimbo) Smith’ begins…

Justin: How did you get the nickname Jimbo?

Jimbo: I can’t even remember! I think my climbing friends named me that about 15 years ago!

Justin: How long have you been climbing?

Justin: How did you start climbing?

Jimbo: I started with some people at School, we used to go climb at UCT and then went away to a place called Die Mond and then from then on I just got hooked.

Justin: Who has been your inspiration in climbing (local or foreign)?

Jimbo: Chris Sharma is really inspirational and ,way back when, Ed February was one of my heroes.

Justin: You’ve been climbing pretty hard of late, what notable repoints have you done?

Jimbo: I did Catholic Schoolgirls at the Scoop, grade 30. That’s probably one of my hardest routes. Then I’ve also put a quite a bit of effort into trying to onsight routes. I onsighted Snapdragon at Waterval Boven and then a few 28’s overseas. 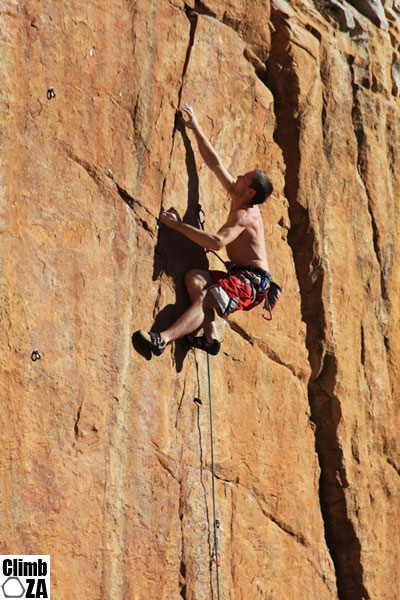 Justin: Is this the hardest you’ve been climbing in your life?

Jimbo: Probably yeah, this is the best I’ve been climbing.

Justin: And the reason you’re climbing so much stronger now, 15 years on… old age, retirement!!??

Jimbo: I took about a five year break and then got back into it a bit more… I suppose intellectually, rest a bit more, climb hard when it feels right.

Justin: And your five year break, what did you do during that time?

Jimbo: I went mountain biking, I suppose I got a bit sick of climbing, fell off a route one too many times and threw my shoes into the bushes.

Justin (lauging): And what route was that?

Jimbo: That was… Cool like that (29 at the Scoop). After five years of mountain biking I then fell off my bike one too many times so I threw my mountain bike into the bushes and started climbing again.

Jimbo: Yeah I did. That was my nemsis.

Justin: Do you train?

Jimbo: Yeah, I do

Justin: What kind of training do you do?

Jimbo: When I’m in Cape Town its easier for me to stick to a training program, so I’ll train once or twice at the gym and then climb outdoors over the weekend. With training indoors I’ll try and mix it up quite a lot, so one day I’ll do short powerful problems, mainly bouldering and then another day I’ll do long endurance boulder problems and then some campus boarding.

Justin: You were recently on the Petzl Rock and Road trip, Where did you place on the comp?

Jimbo: I placed joint third with Andrew Pedley, which was quite a surprise, it was a matter of doing quite well in the finals.

Justin: Did you manage to onsight flash any of the routes?

Jimbo: No, I fell off all of them.

Justin: Had you ever climbed at the Wave Cave before?

Jimbo: Absolutely ages ago, but before I could really climb anything there. It was brilliant to go there now and try all the classics, I’m really keen to go back and try some more of the harder routes

Jimbo: That was amazing the aspect of the place was incredible, huge waterfall, very beautiful and it was also very loud – you cant hear your belayer at all, you’re just really out there!

Justin: Have you climbed overseas?

Jimbo: Quite a bit actually, after school I spent close on two years travelling about and climbing in Europe.

Justin: Is there where you came up with your Redpoint theory?

Justin: What type of climbing do you most prefer?

Jimbo: I really enjoy multi pitch sport climbing, it means that you can do really hard athletic climbing way up above the ground with great exposure.

Justin: You were involved in the opening of Newborn at Yellowwood, how was that?

Jimbo: That’s an absolutely incredible route, I really enjoyed it. Sean Maasch originally bolted the route and then Jeremy did a lot work cleaning it up. We went and opened it with him.
It’s a really amazing line and quite direct!

Justin: The Biggest Epic you’ve had while climbing?

Jimbo: Probably when Jeremy (Samson) and I went up Oceans of Fear. I haven’t really had any true epics, the most scared I’ve been was Oceans of Fear… We aided it, so Jeremy aided through all these huge roofs, but he retrieved the gear as he was moving. So I was left to second it with about three pieces of gear in this massive roof! So I had to Jumar up, whack out a piece of gear and swing out and swing out on the jumar three or four hundred meters above the ground and each time I did that I would hear Jeremy laughing at me 🙂

Justin: Are you sponsored at the moment / been sponsored?

Jimbo: Not for climbing, no.

Jimbo: Yeah, I had a sponsor then.

Justin: Are you a gear junkie?

Jimbo: No, not really. I like good gear, but I don’t fondle it and change my gear often. There is a special place in the bed each night for the draws and rope – LOL

Justin: So you’re a Doctor?

Jimbo: I am indeed

Justin: What do you Doctor for a living ?

Jimbo: I have a PHD in Exercise Bio Chemistry. I studied the effects of exercise on glucose transporter proteins and next year I’m going to be going into Cancer research.

Justin: What the hell were you thinking when you got that haircut?

Jimbo: My girlfriend (yes, unfortunately he’s taken ladies) actually did my haircut, I asked for a nice school boy haircut. Short at the sides and back and she cut this shocking Mohawk. Level one on the razor!

Justin: Right now you and Zoe are heading off on a roadtrip, where have you been and where are you going?

Jimbo: I’ve kinda taken six months off at the moment, we’re sort of in-between things, we’ve just been in England, doing some sport climbing along the coast…

Justin: Hold on, you went to England for Sport Climbing?

Jimbo: Well, we were hoping to do some Trad climbing, but the Trad areas all had really bad weather so went to do some Sport Climbing. It was pretty good, we climbed in the rain, as one does!
We’re now in Montagu and then we’re gonna go spend some time in the Cederberg and go to a friend’s wedding. After that we’re going to do a roadtrip around Spitzkop and then where ever else we can climb.

Justin: Where in the Cederberg are you going?

Jimbo: We’re going to start at Sandrift and then my friends wedding at Mount Cedar and then we will probably spent a few nights in Rocklands and then a second roadtrip planned in and around Swaziland and a bit of Boven. 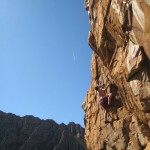 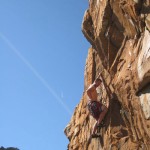 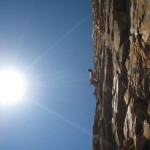 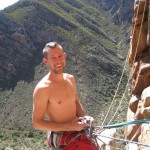 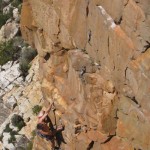 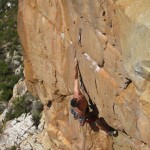 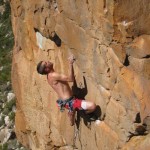 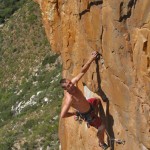 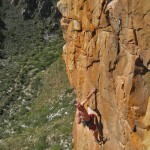 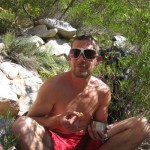 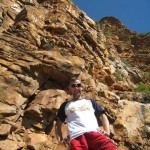 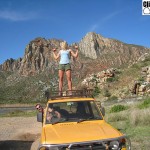 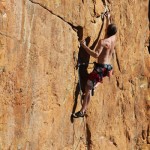 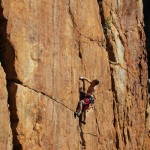 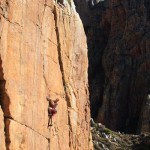 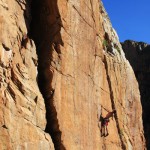 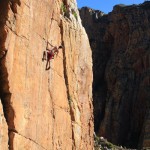 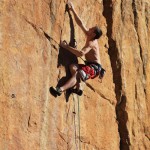 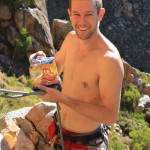