SANParks to beef up security on Table Mountain

The rangers will be responsible for all matters related to the functions of rangers in national parks including visitor safety, visitor rescue, anti-poaching, disaster management, and crime prevention in general.

SANParks has also decided to expand the number of dogs utilised in the Park as these have been shown to be an effective mechanism in security operations.

The recruitment process for the rangers will begin immediately. Rangers will be trained to the same level of the Kruger National Park rangers, with emphasis on safety, rescue and disaster management. It is envisaged that the first recruits will report for duty within the next three (3) months.

SANParks will continue to maintain its excellent relationship with SAPS, the City Metro Police, the Province, and with its other partners in a multi-stakeholder approach to combatting crime on Table Mountain. The intervention enjoys the support of Western Cape Premier, Helen Zille, who gave it her approval when Dr Mabunda contacted her on Monday, 04 April 2011.

Dr Mabunda said that “SANParks is aiming at making a significant dent in the incidence of crime on Table Mountain. To achieve this SANParks will be increasing the visibility of rangers on the TMNP and will be providing the needed resources to ensure both an effective deterrent and a quick response to crime scenes”.

He further said “We cannot allow the internationally iconic status of TMNP to be negatively impacted by ongoing crime in this area. The economic implications for the Cape Town City and the country are significant, such that, together with our partners, we have to act decisively in dealing with this issue. At the end of the day the Table Mountain National Park is there for all, and we want both our domestic and international visitors to be able to enjoy the Park to its fullest without any fear”.

Ed: Special thanks to Andre of the Table Mountain Watch for all his hard work over the past years! 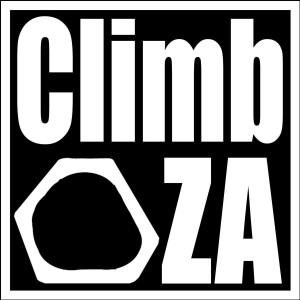