You are here: Home › Use of fixed anchors within SANParks areas approved
Posted by Justin Lawson on Apr 1, 2012
24

After much debate and negotiations fixed anchors may now be legally placed on Table Mountain.

The first route on TM has been proudly bolted by Matt Tibenham and Warren Gans.  The famous, (and sometimes dangerous) ‘Jacobs Ladder’ has finally been made safe. 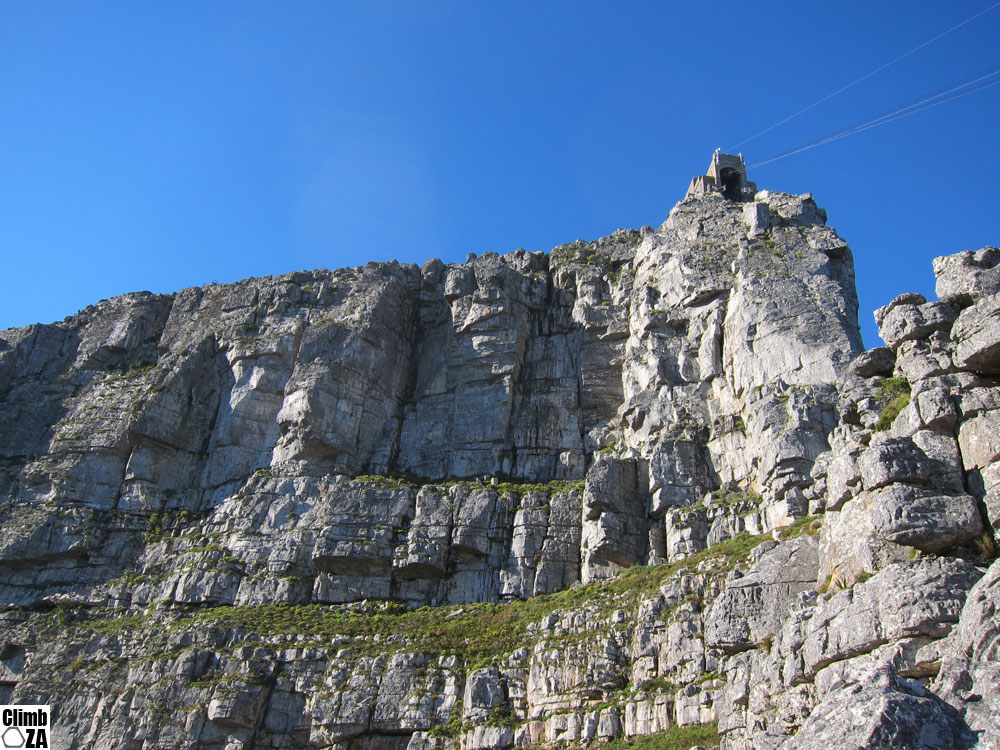 In bolting such a TM classic they said that the decision wasn’t made lightly, but was inspired by the actions of locally sponsored athletes who see bolting as the future and progression within climbing.

With both Warren and Matt serving on the newly appointed ‘Table Mountain Bolting Approval Committee (TMBAC)‘ they have been the first to start the process of making the mountain safer. Hopefully other members of the community will follow suit and put right other existing areas + open new routes allowing routes to the masses out there who lack the ability, funding or inclination to climb such routes in the style of the first accentionists. 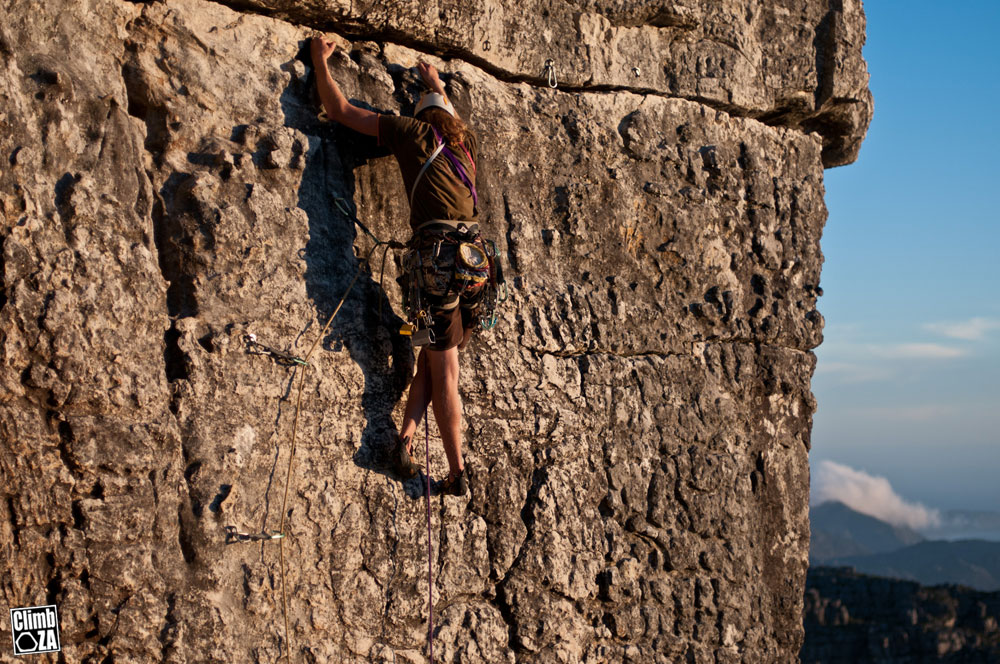 Warren on the First Ascent of Jacobs Ladder (17) with the new bolts - Click to enlarge. Photo by Johnny Miller

During the recent Tradathon on Table Mountain a climber who was seconding on Jacobs Ladder took a long pendulum off the traverse, leaving them stranded in an open void. After some time the second was rescued, but once again this illustrated the danger of the route, and potential dangers that can occur.  As with the mandate (below) they also installed a lower off in the middle of the section should a party not be able to climb through.

Many thanks to Matt Tibenham of Drifters and Warren Gans of Ram Mountaineering for placing the bolts. 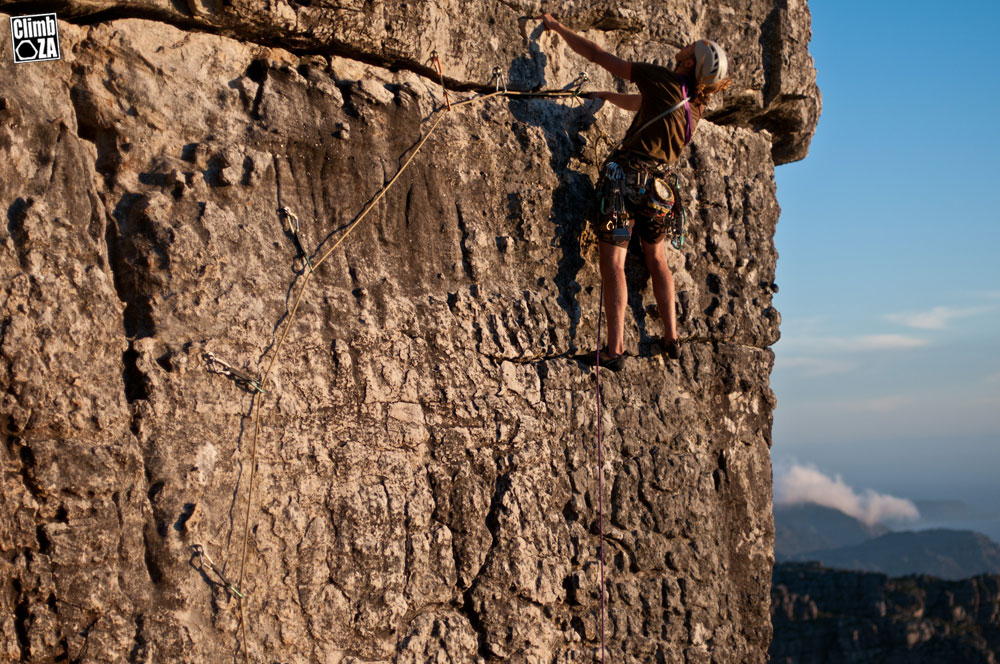 Warren on the First Ascent of Jacobs Ladder (17) with the new bolts - Click to enlarge. Photo by Johnny Miller

The MCSA steps forward into the future…
“We are in the 21st century and cannot be expected to be of the same calibre as the 19th century hero’s who boldly put up these routes: we have had no war, no suffering and live a comfortable life of heated towel racks, dynamic ropes and ABS.
We cannot assume that all mountain users are able to lead such a traverse?  After all, there is a reason we do not climb with hemp ropes and hobnail boots any more!” 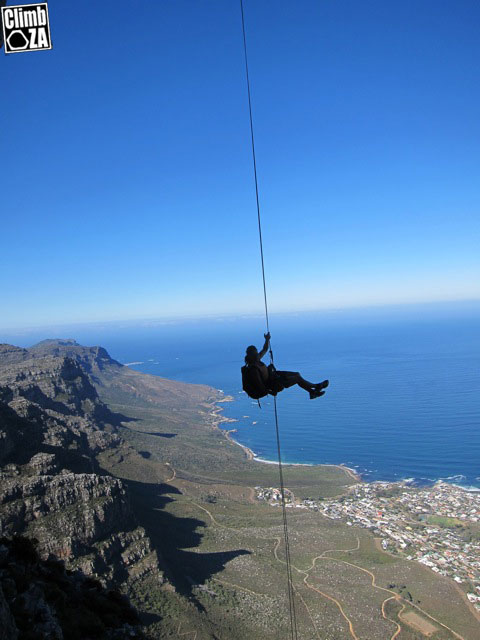 Climber abseiling back down to the ledge by means of bolts. Photo Justin Lawson

The main emphasis was for the safety of mountain users (Lions Head and Table Mountain already have bolts/chains installed).  The cable car could not exist without mechanical anchors, Abseil Africa rely on bolts as do trad climbers to a large extent for abseiling back down to the ledge.

Another major factor was getting more people into the mountains to carry out adventure sports.  Naturally there will be a large financial gain for companies, clubs and land owners doing business in such areas.

There is a Management Plan that will follow shortly for the installation of fixed anchors on Table Mountain (within all of SANParks land).

Climbers will need to make submissions for retro bolting and new routes, to a committee (consisting primarily of MCSA members, but also consisting of least two SANParks representatives) for permission.

Below are some of the conditions set out in the new bolting guidelines for Table Mountain:

Applications for new and retro bolting of routes must be made in writing, supported by pictures of the route. 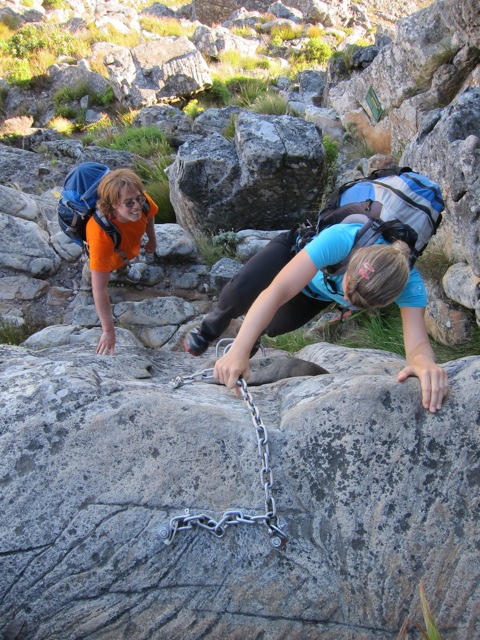 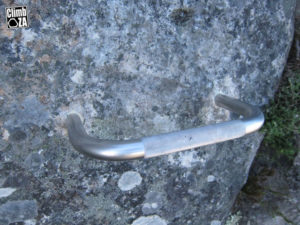 Via Ferrata on Indian Venster. Photo by Justin Lawson

An application to establish a new bolted sport climbing route must be submitted to the MCSA in writing by email, fax or letter.  The application should include:

– Whether any rock art /wild life is located in the vicinity of the route; and,
– Whether these is an established access path / route and if not, the nature of the required access path.

The Table Mountain Bolting Guidelines document will be released in the coming week.

24 Responses to Use of fixed anchors within SANParks areas approved