After being plagued by bad weather Alard Hufner, Douard Le Roux and Robert Powell summited Trango on Saturday at 7pm local time and made it safely back onto the ‘sunny’ terrace!
This was their last day in the area!

Update:  27  August:
The team are in a little town called Skardu and are trying to get onto the rare flight between Skardu and Islamabad.  The Karakoram Highway is closed due to religious/tribal violence so everyone wants to fly.  Apparently one can go on the Karakoram Highway with an army escort, but they are hoping to get onto the flight.
Luckily the team have a few days to spare till they fly out of Islamabad on the 1 September.

Update:
The team are currently stuck in the town of  Gilit where there is a local insurrection complete with a military curfew due to the local Taliban kicking off.  They are re stuck there as the road to Islamabad is closed and there is the possibility that all tourists will be flown out by a C130.   All the flights out of the area booked out so it was not possible to change their flights.

The team would like to thank the following for their fantastic support: 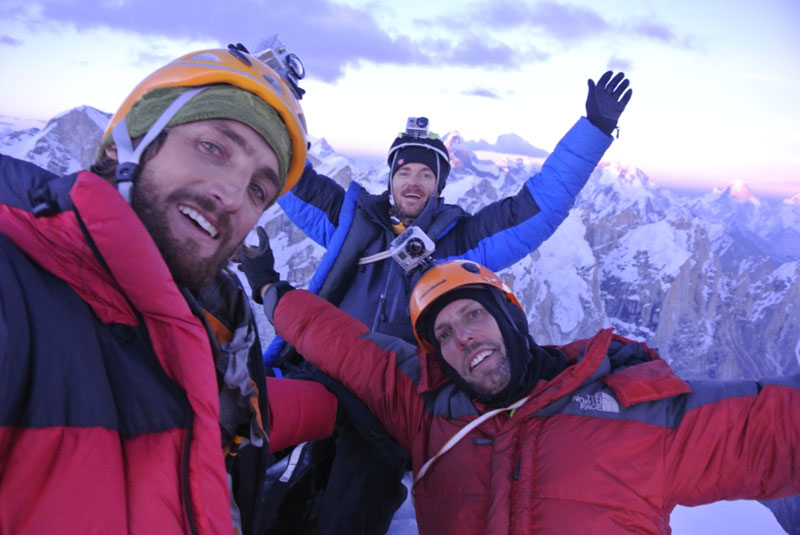 Alard, Douard and Rob on the summit !!

Hiking up the gully was hard work due to loose terrain and altitude. 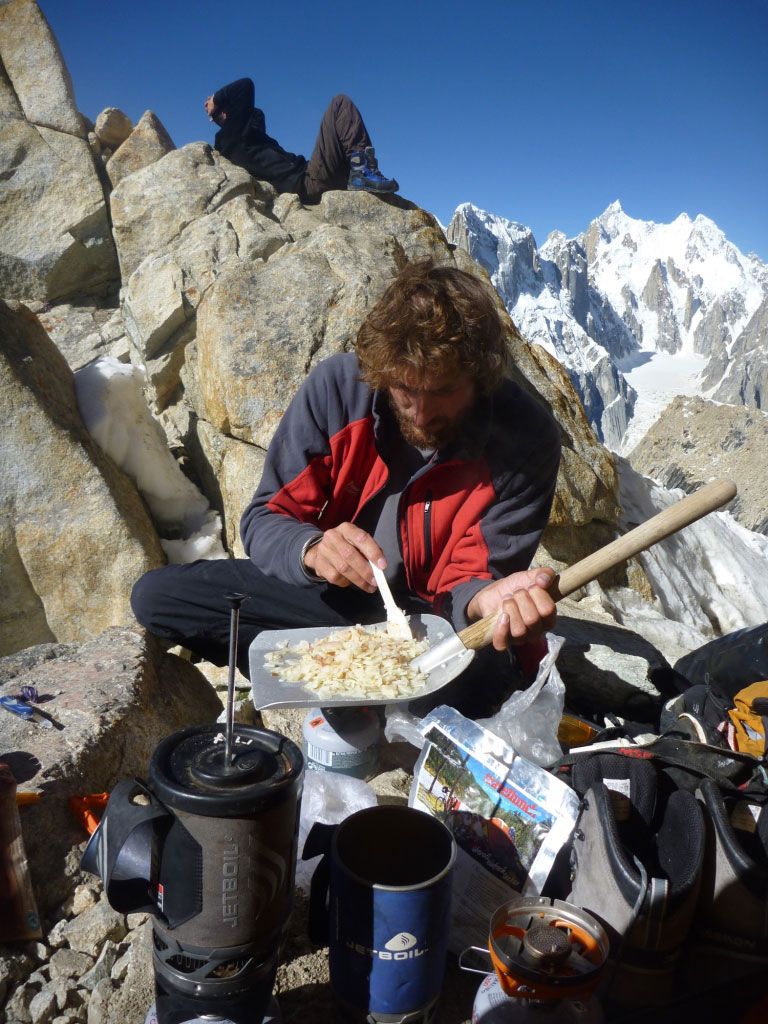 Alard on sunny terrace frying up some freeze dried potato on a jetboil, using a snow shovel as a pan. 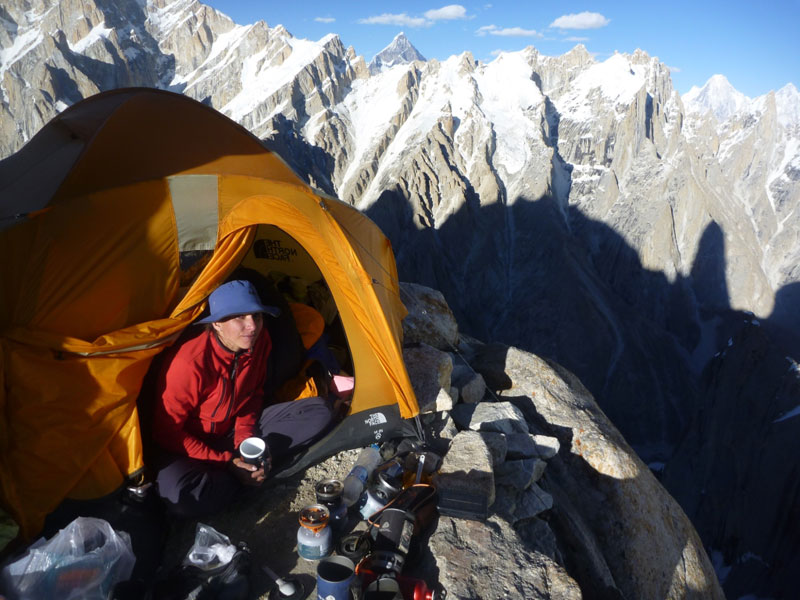 Shelly on Sunny terrace with the prominent triangle of K2 in the back ground. Sunny terrace is about 7 pitches up on a big shoulder. From here most of the routes start. 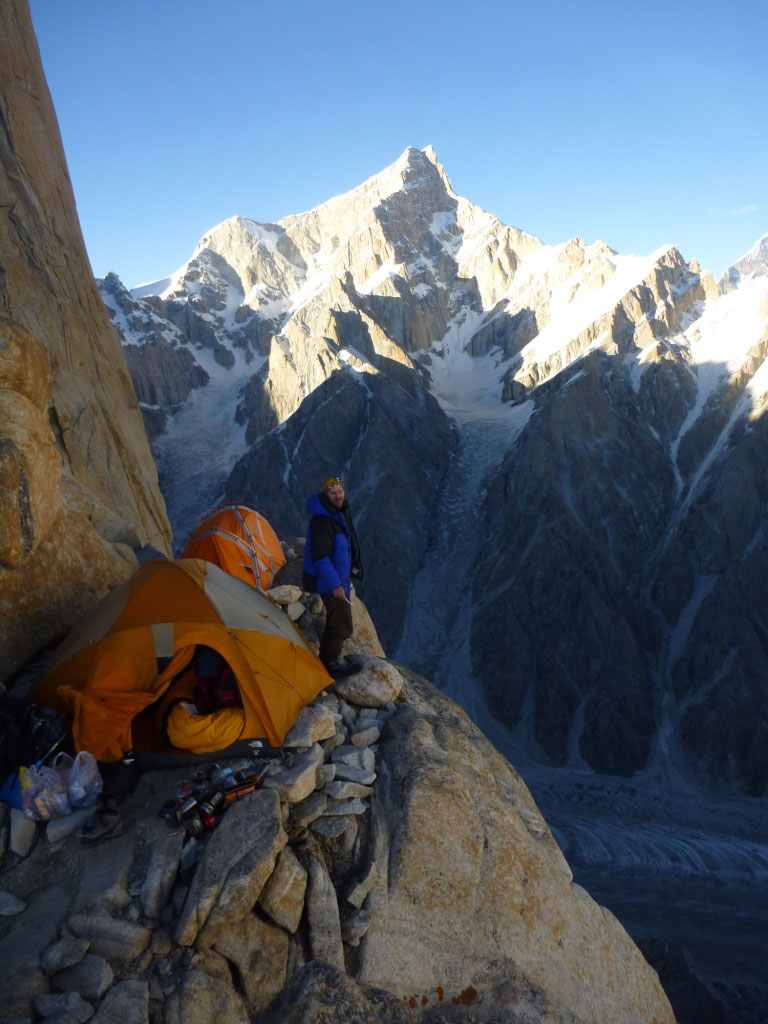 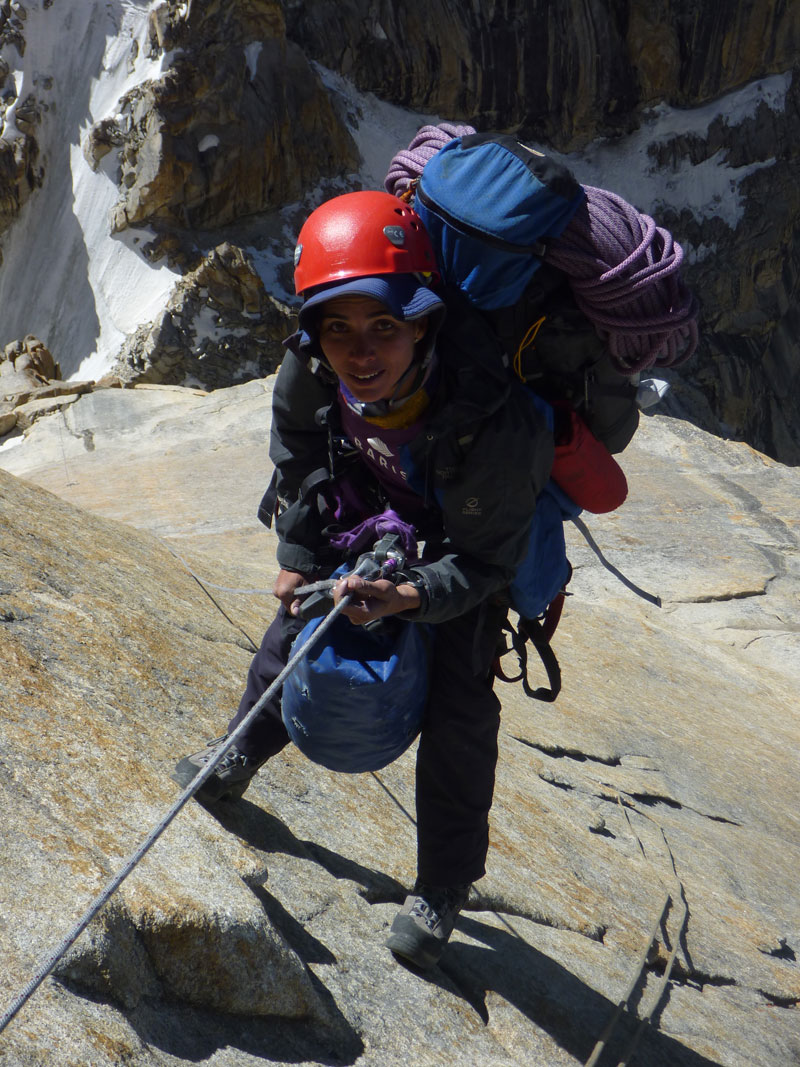 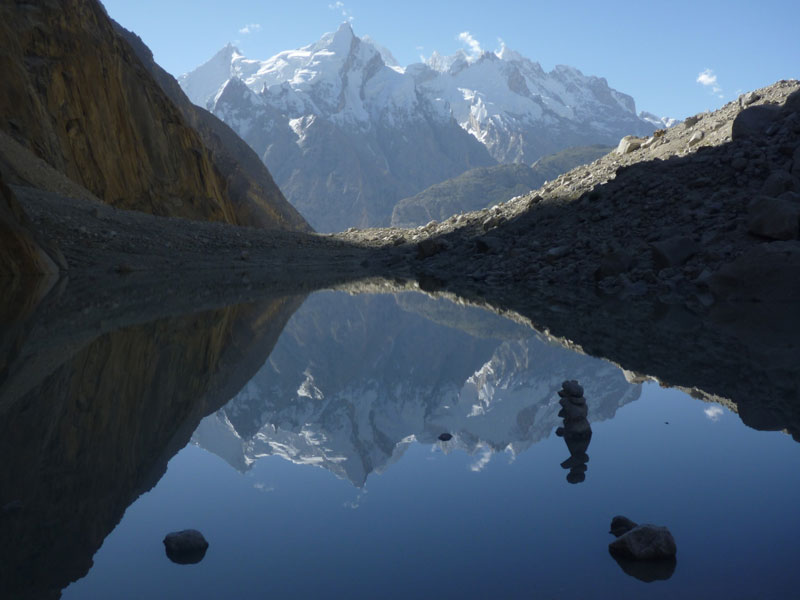 Beautiful view from base camp overlooking a small lake. 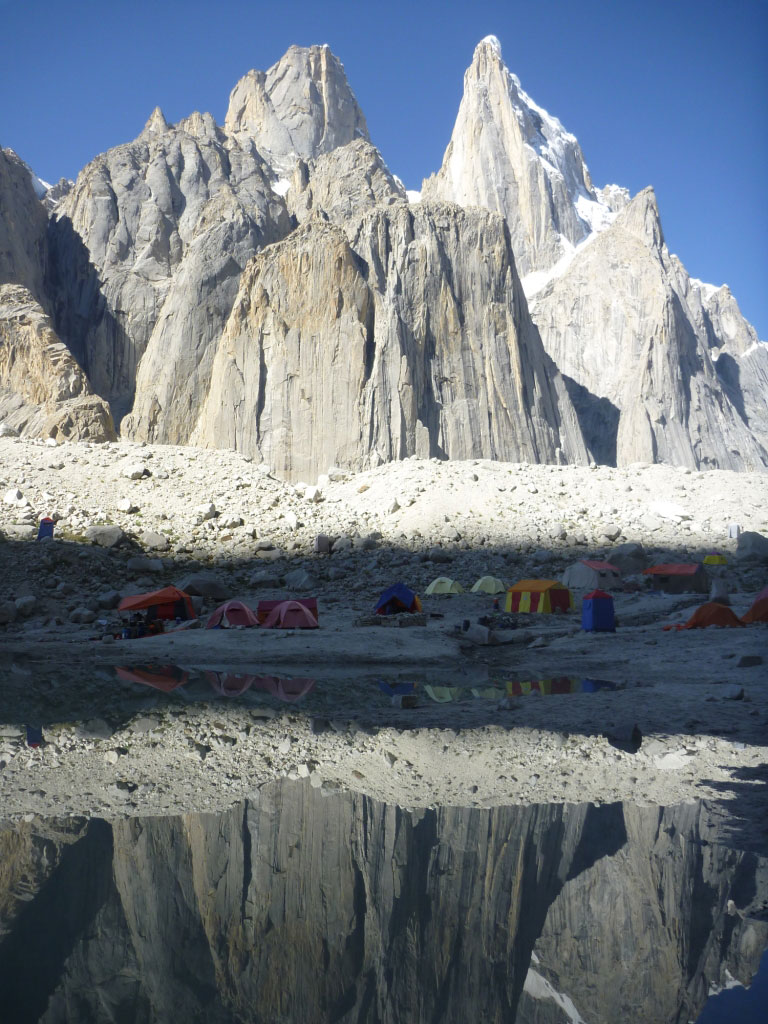 Basecamp nestled between a glacier and mountains. We shared base camp with some Austrian, Polish and Slovak climbing teams.

Everyone from base camp 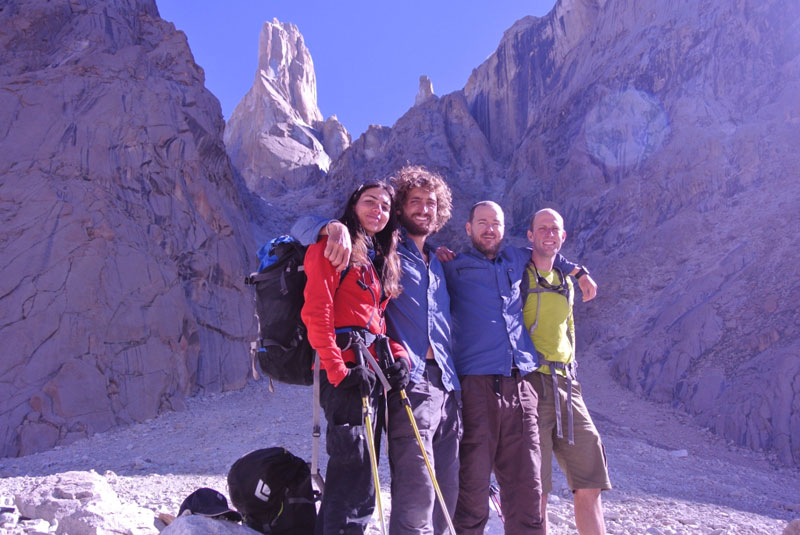 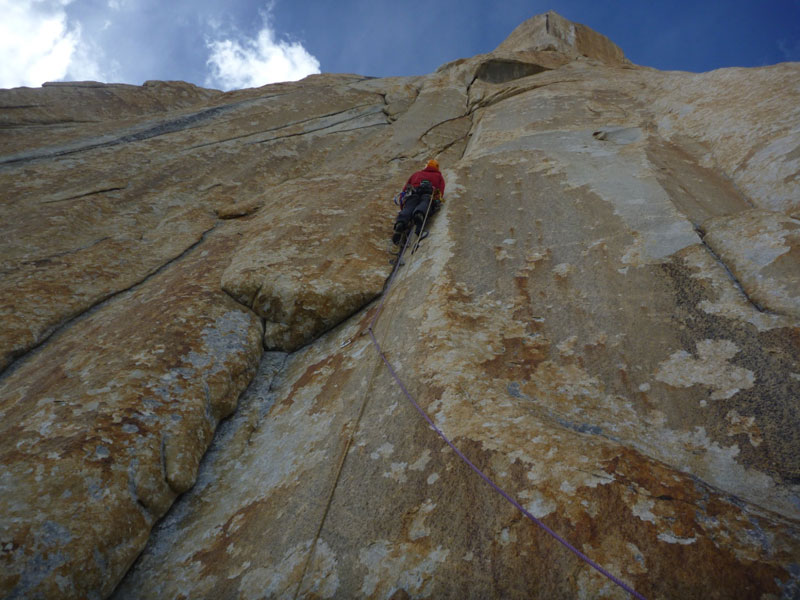 leading one of the crux pitches on Eternal flame 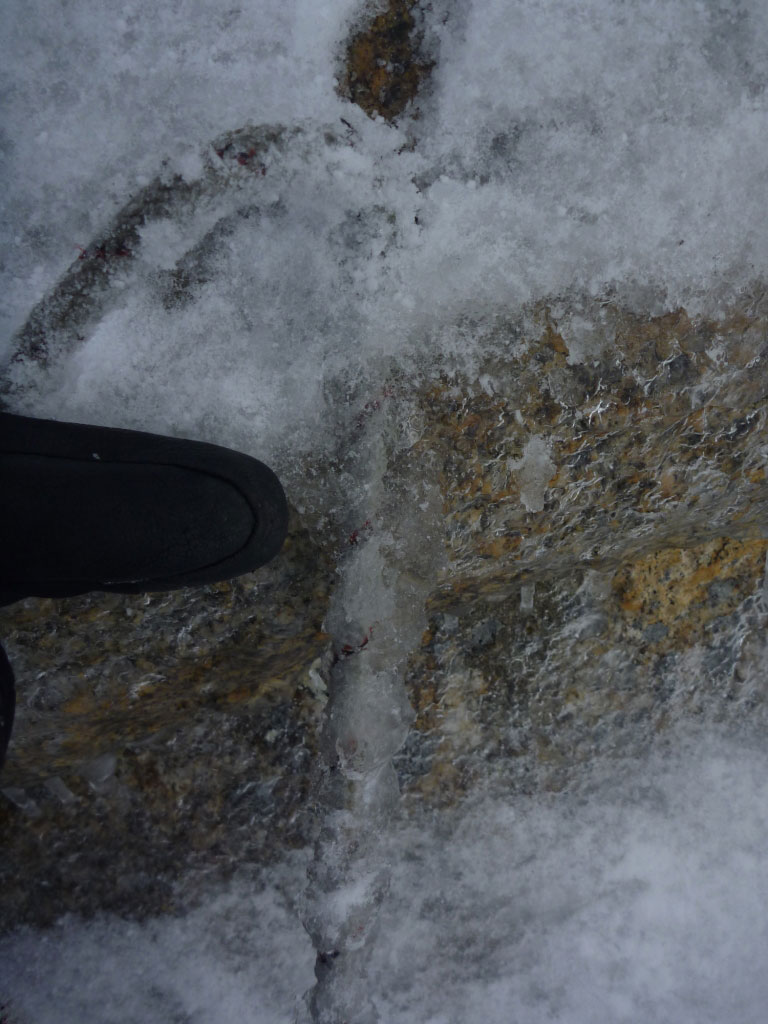 Frozen ropes….. what a pain 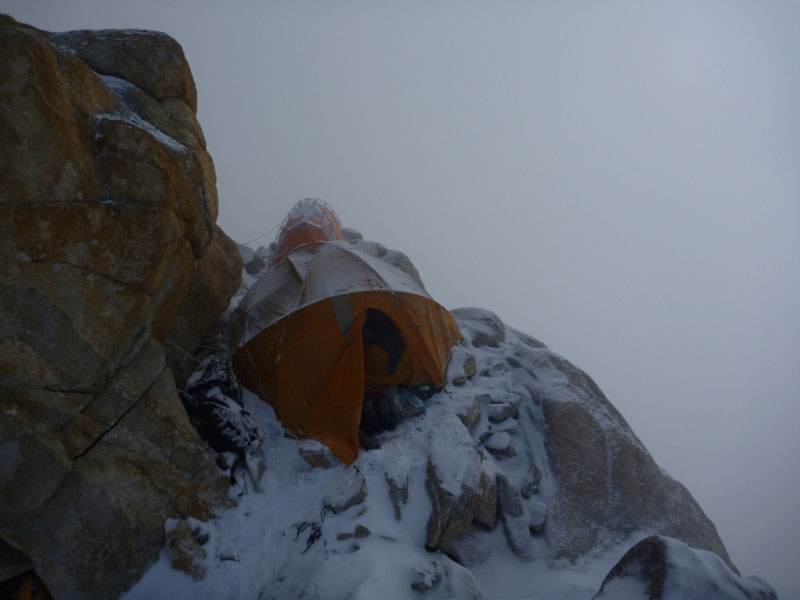 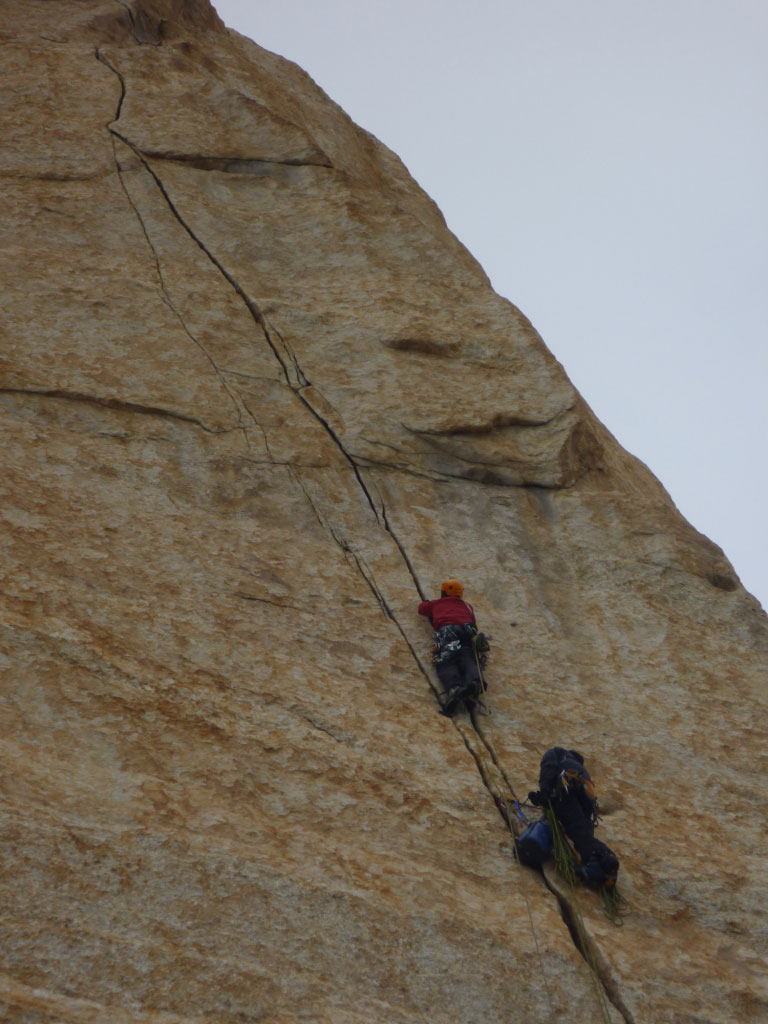 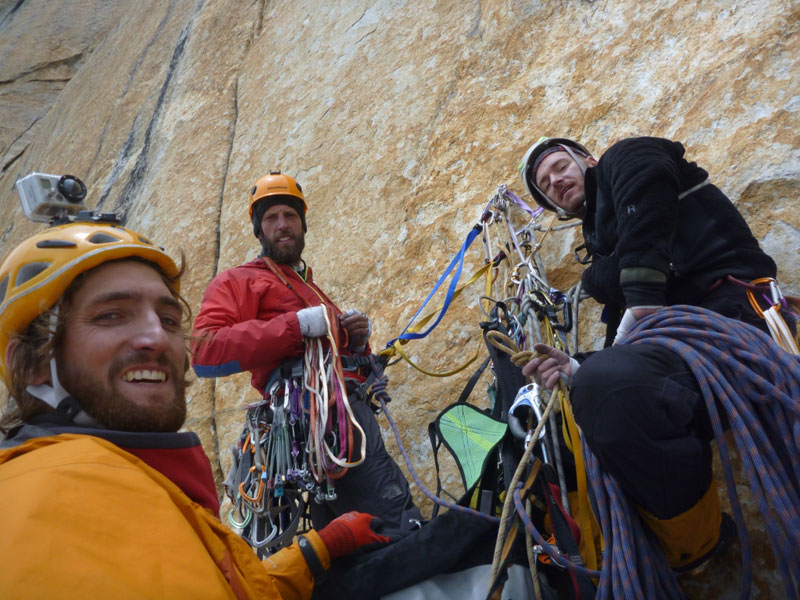 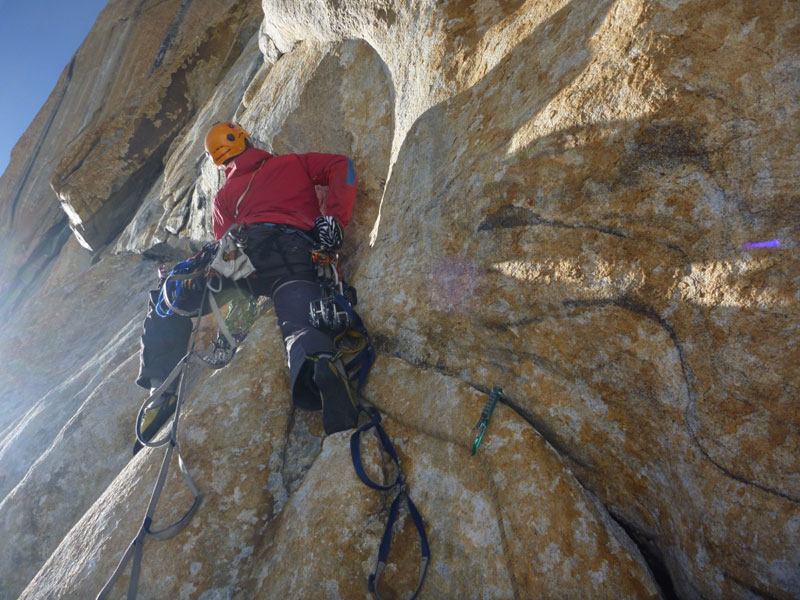