You are here: Home › Mayan Smith-Gobat repeats Punks In The Gym
Posted by Justin Lawson on Nov 1, 2012
0 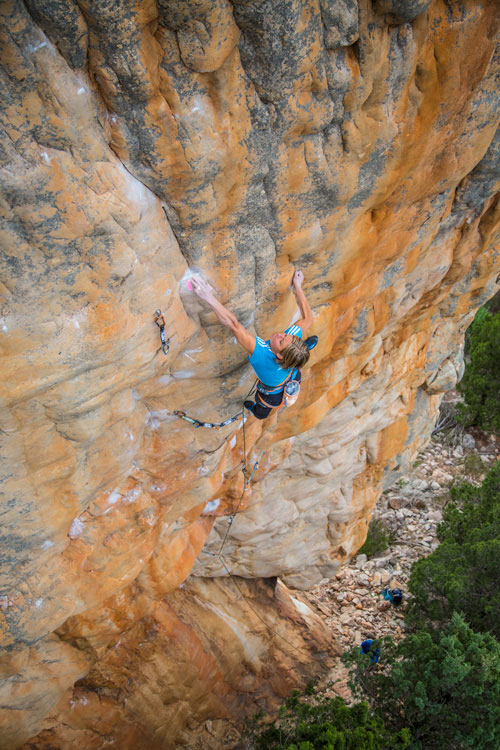 Fighting to stick the “bird bath” – the first part of the crux. Photo: Rich Crowder

Mayan Smith-Gobat from New Zealand has repeated Wolfgang Güllich’s 1985 test-piece Punks In The Gym, 8b+ at Mount Arapiles, Australia.

At the time of the first ascent this was probably the most difficult route in the world. This was the first female ascent.

On her blog she says
“Like any other hard climb that I have worked on, Punks in the Gym put me through a full range of emotions. It caused me a huge amount of frustration, forced me to examine myself and my motivations for climbing. Before heading down to Australia on this last trip, I seriously debated the amount of effort I have invested, and whether it was really worth it… Eventually, I came to the realization that this route does hold a special importance to me. Therefore, I chose to sacrifice other goals and put a month into training specifically for this route. As a result, I felt much stronger this year. However, it was still a struggle… both mentally and physically.”