The Chosfather by Andrew Pedley

There are a couple of new lines at SA’s best sport climbing secret… TheChosspile!  The name does it no favours but actually this is a damn good crag, less than an hour from Joburg and once cleaned the rock is bomber.  It is the core of the Gauteng climbing scene, always providing something new to try.  At last count there are over 50 routes, about half down at the ‘easier’ Harry Potters sector and half at ‘harder’ Lord of the Rings sector and the Wall of Aglorond.  And it’s still ticking over; recent additions are The Chosfather (28) and Violent Streak (32).

I named the Chosfather in celebration of Gauteng’s oldest proper strong-man, Colin Crabtree, who has been ‘chossing-it’ since before there was even a damn at Harties.  Not that Colin has sent the route, it has been a closed project of mine for a while, though he and a few others have done plenty of ‘dry-humping’, the art of harmlessly playing on a route before it has been opened.  Anyway, as of today it’s open at grade 28 with the double knee-bar rest.  It’s the steepest route at the crag, lots of fun on jugs with a crux in the middle and a pump up top. 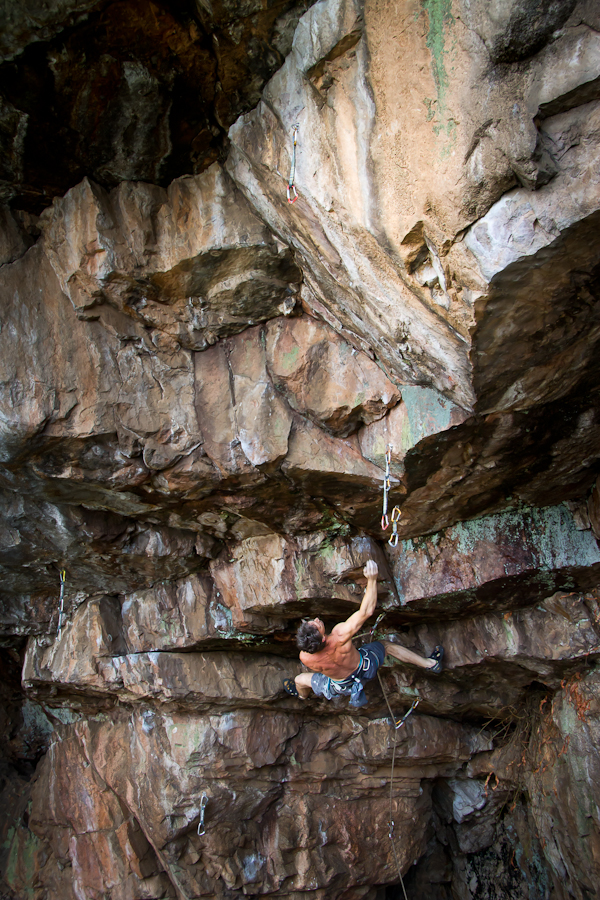 The Chosfather, Colin Crabtree, ‘dry-humping’ the route a few weeks ago.  The F-ing STILL F-ing unopened Shadow (F-ing) fax project (hard 33) is on the left.  Photo by Dave Johns.

Violent Streak (32) is the only climb at the ‘Man Cave’ a previously ignored wave of rock at the otherwise rambling Harry Potter sector.  The climb takes a steep limestone-like streak up the centre of the wall via a sequence of slappy side-pulling then an easier finish through some almost horizontal terrain.  What a class line!  Despite a few tries by the local ‘strong men’, it has not yet been repeated.  There is potential for a few really hard lines in the Cave for anyone with 33 or more in his fingers (for the love of rock, step up ‘next generation’ please!!). 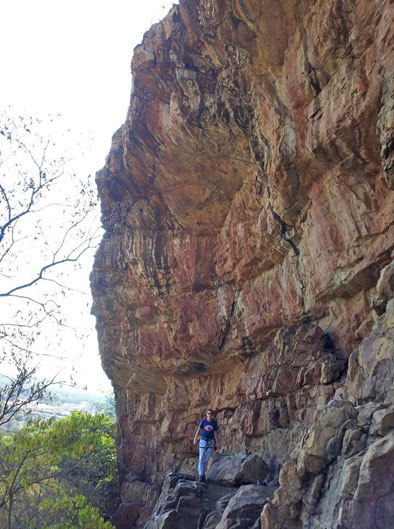 Me looking like a major dork at the Man-Cave. Violent Streak takes the obvious water streak. Photo by Brian Weaver