You are here: Home › Mammut ropes back in South Africa
Posted by Justin Lawson on Jan 7, 2013
4

Mammut ropes back in South Africa

Robert Breyer and Trish Gaertner, co-owners of CityROCK and Mountain Mail Order tell us about their latest venture as the South African importers & distributors of Mammut ropes, and ropes in general.

Trish: In June, Robert and I managed to meet with the worldwide Mammut sales director at OUTDOOR Expo in Friedrichshafen and we convinced him that we’d be able to sell sufficient quantities of ropes here in SA to make it worth their while.  As of November 2012, we landed our first Mammut order in South Africa. I think that’s pretty exciting.  It’s probably the climbing brand that was still missing on the South African landscape.

The combined MMO/CityROCK retail shop in Cape Town is one of the best climbing shops in South Africa.  As source importers, we also wholesale to other shops around South Africa that stock climbing gear.

What happened to BlueWater ropes?

Robert:  Good question.  We have been importing BlueWater ropes for almost 10 years, however, we have had to pay 15% duty on ropes imported from the USA.  Therefore, BlueWater ropes were inherently more expensive than all our competition.

Ropes imported from countries that are part of the SADC trade group (SADC = Southern African Development Community) can be imported duty-free.  And price is one of the key selling criteria with ropes, so BlueWater was unfortunately always at a disadvantage.  So we decided we needed to find a worthy replacement for BlueWater and, for us, there really was only one contender – Mammut.

Robert:  Mammut ropes have an almost legendary aura in South Africa.  Late last year I went climbing at Hellfire in Du Toits Kloof with friends Charles Edelstein, Tony Dick, Bruce Daniels and Deon van Zyl.  Tony Dick just got back from France and was showing off his brand new trad ropes: “look guys, what I just bought in Chamonix: the best handling trad ropes in the business.”  He was showing off a set of new Mammut Genesis 8.5 ropes.  Well Tony, as of today you can now buy these ropes from us too.

Trish: It’s impossible to say which brand of ropes is the best one, but Mammut have been in the business for 150 years now and have developed some really innovative features.  For example; up until now, it was necessary to very carefully unroll a new rope, rather than simply uncoiling it, in order to keep it from becoming twisted. The technique is not easy to learn and must be done correctly to prevent tangles.  For lead climbing, top roping and abseiling (rappelling), tangles in the rope are a hindrance and can be dangerous as they make handling difficult.  When a rope has tangles, they must be worked out by hanging the rope and allowing the rope to untwist naturally.  Thanks to the new «Lap Coiled» technique in the production, the uncoiling process no longer introduces the twisting that leads to tangles.

Mammut also weld the ends of their ropes with an ultra-sonic process which is permanent and perfect.  The rope core and sheath are therefore permanently joined – forever.

All dynamic ropes have a permanent mark in the middle of the rope which is useful when rappelling, coiling, and for estimating the length of the remaining rope.

Each of our their ropes contains a ribbon with the most important rope data integrated in the rope’s core: manufacturer, testing standards, date of manufacture, UIAA certificate and CE test centre – a permanent reminder of high quality Swiss workmanship.

In order to allow for shrinkage due to weather (heat, moisture), environment (dust, sand) and type of usage (lead rope, top rope), the ropes are cut 2.5% longer than indicated.

Lastly, every Mammut rope is manufactured in Switzerland.

Tony and Charles say they have owned well over a dozen ropes each, and they both rate Mammut highly.

Robert: Oh by the way, it’s not just the old codgers that prefer Mammut.  Chris McNamara from Supertopo also ranks Mammut the best.  In a recent rope review, the only ropes to get five stars were Mammut.  The revelation got recommend, and the Infinity got Editors choice.

Who is going to be stocking Mammut?

Robert:  Obviously our CityROCK/MMO Gear Shop in Cape Town. The rest of the country can buy from any good climbing store.

What ropes are you bringing in? 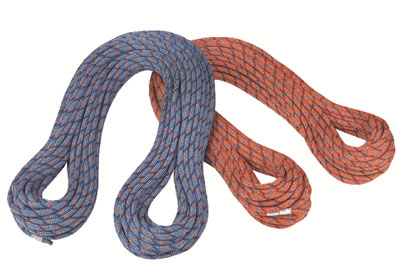 I see a lot of skinny ropes on the list. Think South Africans will buy them?

Robert:  Yes, I think the market is slowly moving to skinnier ropes.  We all used to buy 10.5.  My first two ropes were 10.5.  But technology has advanced.  Ropes have gotten skinnier.  Just as important, belay devices have improved.  Routes have gotten longer, so rope weight is on many people’s minds, and skinnier obviously means lighter.  In Europe and the States, the mainstream single market is now buying sub-ten ropes

What other Mammut products are you bringing in?
Robert:  We will start off slowly. Ropes first. Harnesses have already been ordered for the next shipment.  We might see those before the end of the year.  Also, 70% of Mammut’s turnover is apparel.  But importing clothing is really competitive and we are now importing Mountain Hardwear as well.
But we’ll see.

Everest in 3.8 Billion Pixels
The Next Generation

4 Responses to Mammut ropes back in South Africa