The NBL was started in 2002 at St Peter’s bouldering wall (then called The Cage) by Eric Riemann who also initiated the term National Bouldering League or NBL.  He motivated Dave Drummond from KZN and Justin Hawkins together with Marijus Smigelskis from the Western Cape to also start leagues and the first NBL final was held at The Kraal, near Swinburne that year.

This year again St Peter’s or now SA Climbing Academy will host a NBL, but will be independent of Gauteng Climbing.  Thus the rules and dates will be different from other Gauteng NBL events as we will be following the format and rules used by the Western Cape NBL.

Dates for the events:

The event will be taking place every Monday and Tuesday evenings from 6pm to 10pm.  Both nights will have identical problems so you can come either one which suits you.  Monday will be quieter where as Tues will be more vibe.  You can arrive and leave anytime within that time period, no time restriction within that time.  You need to have competed in a minimum of 3 events to qualify for the final.

We will have the following categories:

The formatting of the competitions will be as follows:

Problems are marked with tape for each hold that may be used for that specific problem.
Each problem is numbered, starting hand holds are indicated by an S next to the number, the bonus hold mark is indicated by a B and the finishing hold is marked with an F.
Climbers must first establish themselves on the start holds before making an attempt to move off them (i.e. all your weight must be lifted off the mats before starting the problem).
All the problems are tracking and sit start unless otherwise stated, this means that all holds not indicated with tape are not to be used. Smearing on the walls is allowed.
Features out of bounds will be marked with black tape.

A problem is finished once the climber has climbed the problem within the above parameters and has matched (both hands) the final hold and held it in a controlled manner for 3 seconds.

The method of scoring :

Each week will have set 12 problems.  These problems increase in difficulty in sets of 4 with set 1-4 being the easiest and 9-12 the hardest.  Climbers are awarded full points for the problems they finish and half points for the B on each problem (see table below).  To qualify for the bonus hold, the climber must make an attempt off the hold designated with a B and not just touch or hold it.  Each evening will be an open session for 4 hrs in which climbers may attempt to climb all 12 problems.

To simplify the scoring, the number of attempts to complete the climb has no bearing on the qualification score.  We have also removed the score for flashing but this is still has advantages in that less attempts leaves the climber fresher for the other problems.  However flashing and number of attempt will mean everything in the final.

Cost to compete will be R150 per person which includes all the events and the final.  This must be paid in full on registering.  Half of the income will go as prizes in cash to the winners to use as they wish.  If you have any questions please feel free to email me on info@saclimbingacademy.co.za.

Get strong and lets start crushing on the 28th Jan. 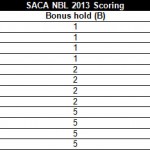 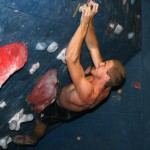 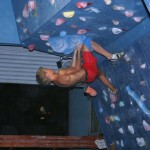 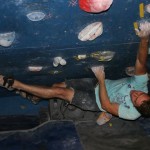 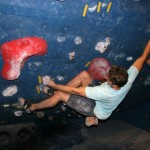 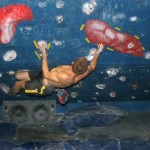 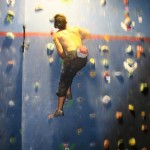