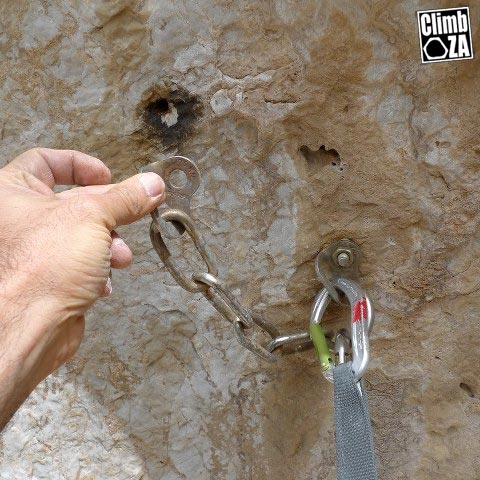 The missing bolt was bad; the remaining bolt was good. The bad bolt, which has been replaced, was NOT stainless steel. This is an exception on Kalymnos, a single case of using inappropriate materials, and it is certainly not the norm. Photo by Aris Theodoropoulos

The original ‘report’ about ‘SCC in Kalymnos’ was compiled by John Byrnes (see below) and emailed to Climb ZA.  We decided to publish John’s report.

Sustainable bolting and safety of climbing routes is a topic of great concern to us – we have had SCC failures in and around the Western Cape and are actively trying to address the problem by means of an Anchor Replacement Fund (ARF) – ARF is a fund for the Western Cape only.
Like in Kalymnos it is run by volunteers.

A mistake was made in not contacting someone in Kalymnos for comment before publishing the report.
For this we apologise.

By posting the report our goal was certainly not to slander any person or climbing area, but to make people aware.  Climb ZA is meant to be a platform for healthy debate.

I wanted to warn my friends about the current situation in Kalymnos.

One of the key people involved in producing titanium bolts, an expert on the subject, has just returned from Kalymnos.  As we anticipated for years, they have Stress Corrosion Cracking (SCC) of their stainless steel bolts, just as Cayman Brac and Thailand used to have; both places use titanium bolts now.

SCC can be invisible to even an aware climber.  It usually occurs behind the hanger where it can’t be seen.  By the time it is visible (see photos in this post) the bolt is VERY seriously weakened.  Notice in the first photo that the Hanger looks perfect but the bolt has snapped off flush (also notice that the photographer is hanging from the remaining single bolt!!!  Yikes!)

I wouldn’t hang my lunch on the bolt in the second photo.  Look closely, you can see cracks in the hanger!  Bolts that look like this have broken off in my fingers. 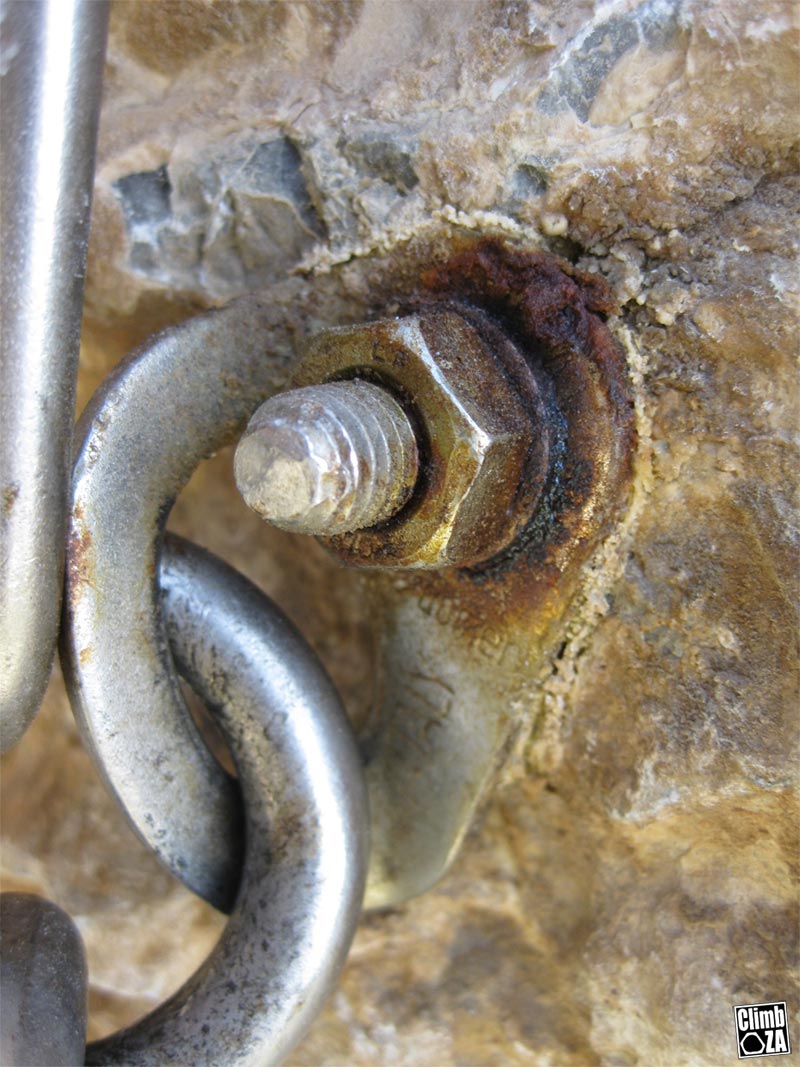 Click to enlarge (see extra close up below).  We are still awaiting clarification on the exact location of the bolt in this picture.

In Kalymnos they have a guy who is rebolting 100 routes a year; it’s his full-time job.  But he’s replacing old stainless bolts with new stainless bolts and perpetuating the problem.  In Thailand new stainless bolts broke in as little as 9 months; in the Brac 18 months.  So only climbing on new looking bolts is just a guess, and with almost 1,700 routes on Kalymnos, your chances of choosing one with bad bolts is pretty damn good.

So I’m telling my friends.  Tell YOUR friends, or if you hear of someone going to Kalymnos, make sure they understand what’s going on before they go. 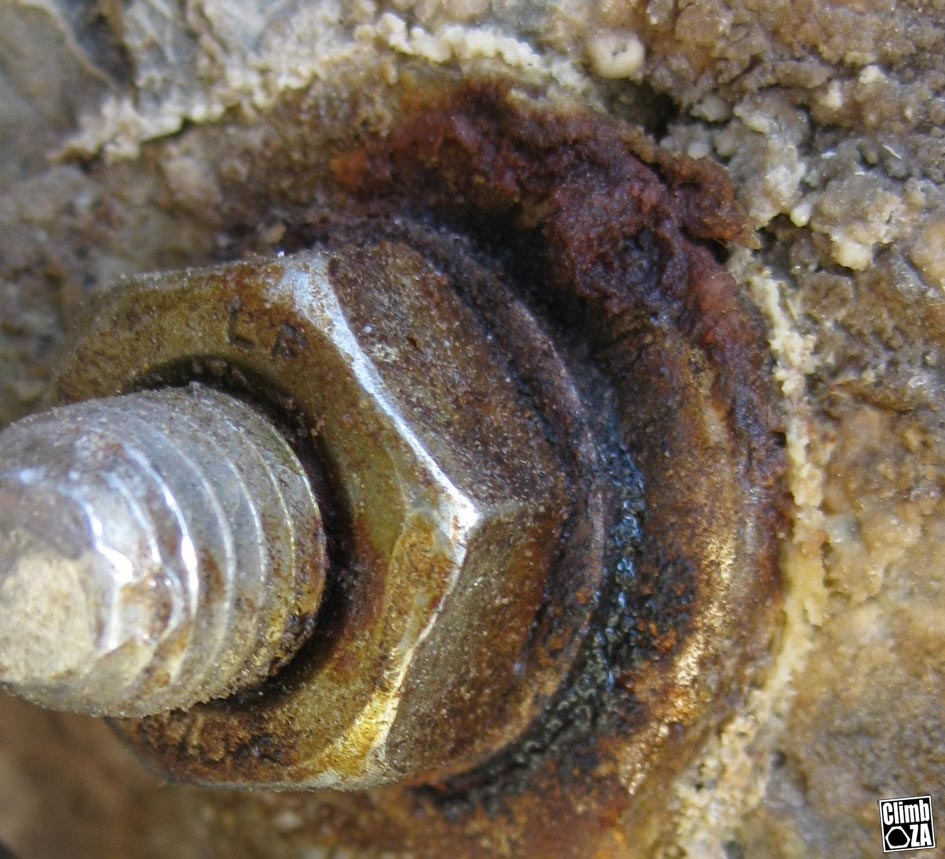 58 Responses to Bolt issue on Kalymnos