It is no surprise to the climbing community that Rocklands is being devastated by human faeces and litter.  A number of articles regarding the crisis in Rocklands were published in July and August of this year.  After several successful meetings between the MCSA Rock Climbing Committee and the private landowners in Rocklands, a plan was formulated. One of the agenda items was an annual clean up of the bouldering areas in Rocklands.

For several years, Thys Kruger from de Pakhuys has been organising clean ups of his areas with the help of the children from Elizabethfontein Primary School.  It was agreed that the bouldering community should now start helping out at these annual clean ups since they are arguably the leading cause of the problem.

Since the final Rocklands Stakeholder meeting was only held towards the end of September 2013, the annual clean up was advertised for the 1st weekend of November and notices were sent out to most climbing communities, including the Climb ZA website, the notice board at CityROCK and UCT.
De Pakhuys even generously offered free accommodation to all climbers who participated in the clean up.  With a community of 50+ boulderers, the organisers were already considering how many teams they would send to each of the private bouldering areas and estimated that each team would probably be finished their area in under an hour, depending on how many climbers were in the team and how many boulders their area had.

One climber arrived on Saturday 2nd November.  One.  And he’s not a boulderer, he’s a sport climber.  From Pretoria.

Thys organised his kids from the Elizabethfontein Primary School to clean up the most popular areas of Agterpakhuis, namely Fields of Joy and Arch Valley while Delaney and Nico (the one climber who did show up to help) tackled Tea Garden and 8 Day Rain.  In an hour, Delaney and Nico had cleaned all of Tea Garden boulders and made it back to Klein Kliphuis for some welcome fresh water and oranges.  Delaney and Nico then headed to 8 Day Rain and, after spending nearly 2 hours trying to locate the first boulders after not finding the correct parking lot as neither one had been to the area before, they managed to clean up half of 8 Day Rain (up to Lower Valley).  The following morning, Delaney and Nico headed back to 8 Day Rain and finished it within 3 hours. 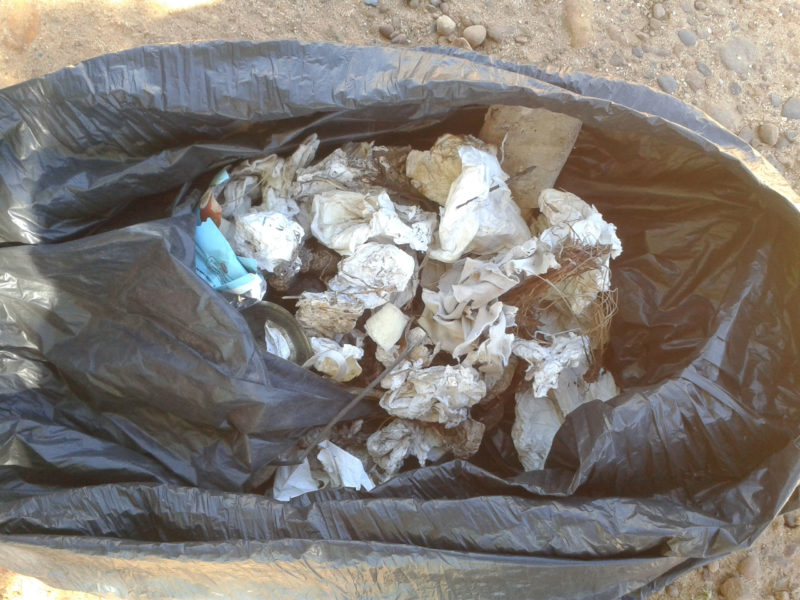 What we found at 8 Day Rain – definitely the cleanest of the bouldering areas.

Aside from the usual cigarette stompies, broken glass and tinfoil, the most prevalent piece of litter was toilet paper.  Tea Garden was riddled with glass and toilet paper and two unburied human faeces.  Fortunately, a team of graffiti and rock-art specialists had been to Black Shadow a few weeks earlier and had found a pile of human faeces and toilet paper which they had so kindly removed.  8 Day Rain was by far the cleanest area but the most popular pieces of litter were toilet paper (again) and finger tape.  Arch Valley and Fields of Joy had a mixture of toilet paper, finger tape, broken glass and a few cigarette stompies. 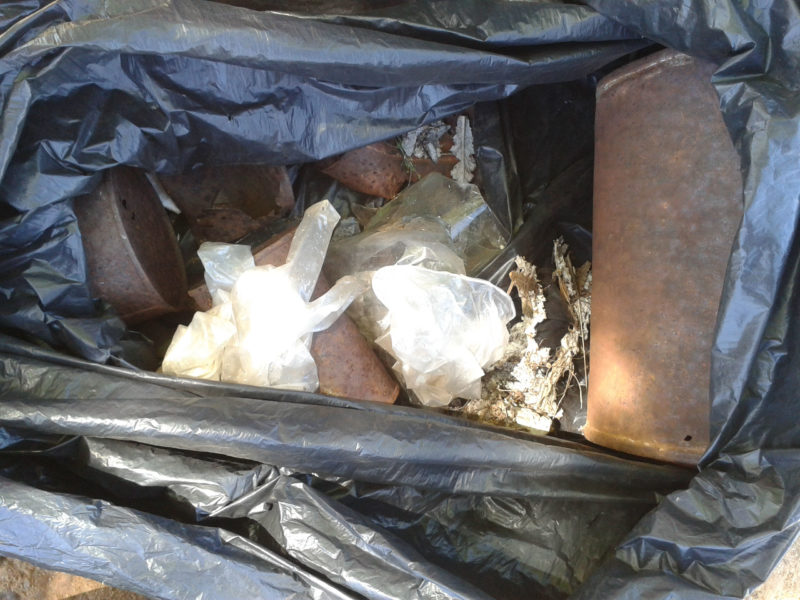 Bag 1 of 2 from Tea Garden – definitely the filthiest of the bouldering areas. 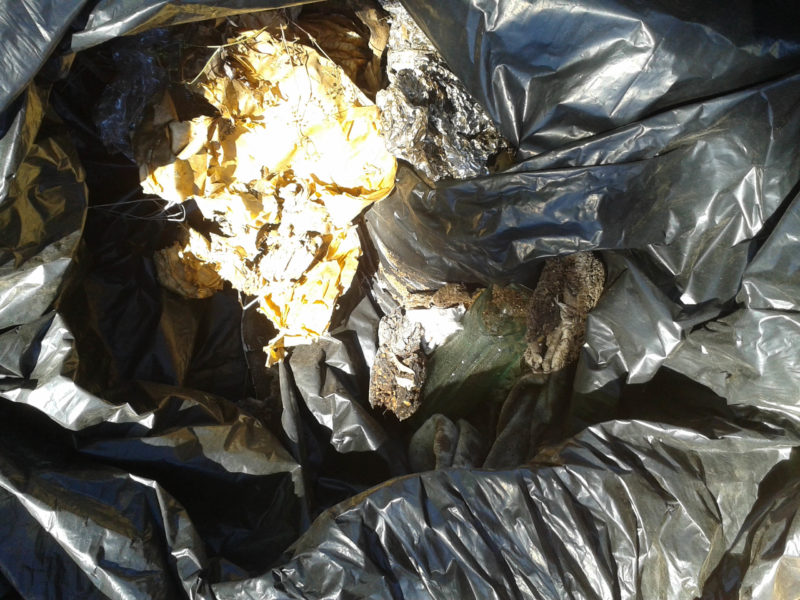 In lieu of the spotlight on Rocklands this year, it is incredibly disappointing to find that not one boulderer was willing to sacrifice a few hours of their time to clean up after the rest of their community.  It is no wonder then that Rocklands is in the state it is if even those who are not the cause of the problem are not prepared to help solve it.  If we can’t stem the tide of litter and human waste that has started darkening this once pristine landscape, then what hope is there? If we fail and years from now when the blame-game begins, will the bouldering community finally accept the responsibility for what they have allowed to happen to Rocklands?

The MCSA and Private Landowners are open to suggestion on how to encourage more boulderers to assist with these annual clean ups.  We do realise that this one was rather late in the year but due to circumstances mentioned above, the earliest we could do the clean up this year was the first weekend of November.  We are hoping to have a mid-season clean up around Rock Stock time in 2014 as well as a post-season clean up around the Spring Equinox (21st September 2014).

One can only hope that Year One will not be the true reflection of the bouldering community and that next year will see far more climbers arriving to share in the responsibility of cleaning up their bouldering Mecca.  It is difficult to maintain hope when so many good people do nothing to stop the bad.

34 Responses to Report: The 2013 Annual Rocklands Clean Up