The 2013 Supertramp award went to Leo Le Roux, Benj de Charmoy and myself (Duncan Fraser) for my idea to go to Madagascar to open a route.  We all had a huge amount of fun and successfully opened a route named “Dancing with the World”.

It is a 9 pitch, 300m route, grade 23 in some awesome and wild setting.  We have given a couple of slide shows on the trip already but below is a couple of photos to show what our adventure involved. 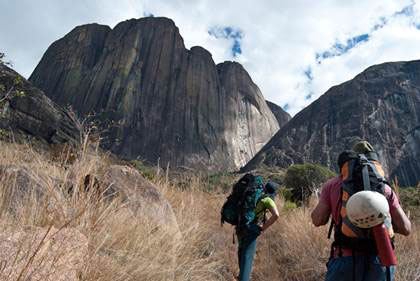 Hiking from the camp site to the base of our climb. 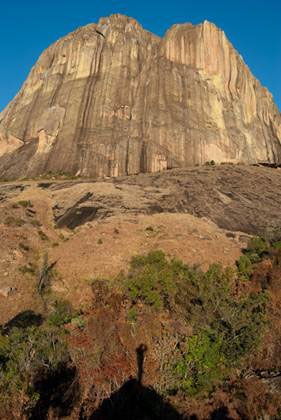 The view of the Mitsinjoarivo wall: their route summits on the higher left summit. It follows a line to the left of the prominent black stripes and on the right hand edge of the large block.

It took us 7 days to bolt the route from the ground up.  We had a 200m static rope which meant that we could return to sleep in a cave at the base each night.  Once we had fully equipped the route we climbed it free in one day.  It was a fantastic feeling to summit together after the hard but rewarding process of bolting. 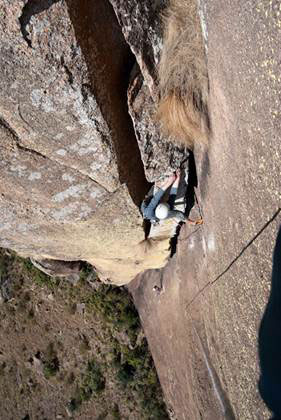 Duncan leading the chimney pitch up the large block. 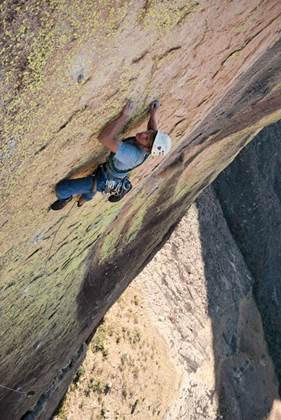 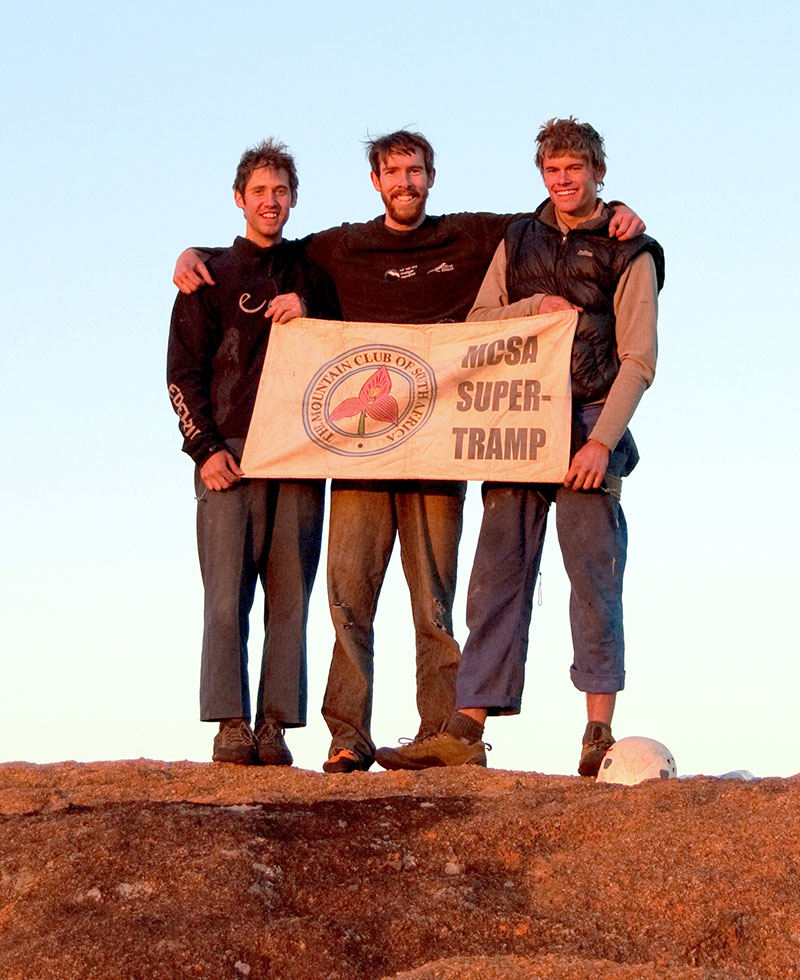 From left to right: Benj, Duncan and Leo on the summit.

Thank you very much to the MCSA and the anonymous Supertramp sponsor for making this trip possible, we had an amazing time.
If there is anyone out there harbouring secret mountaineering dreams but need a bit of cash to turn it into reality I recommend that you put in your proposal for the 2014 Supertramp award! 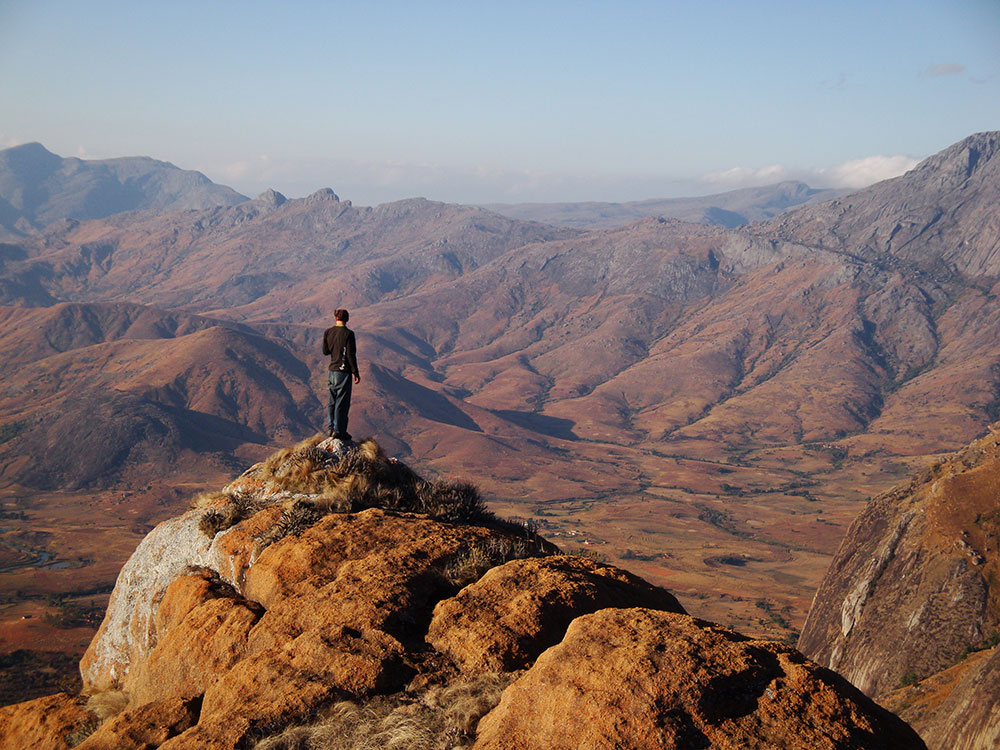 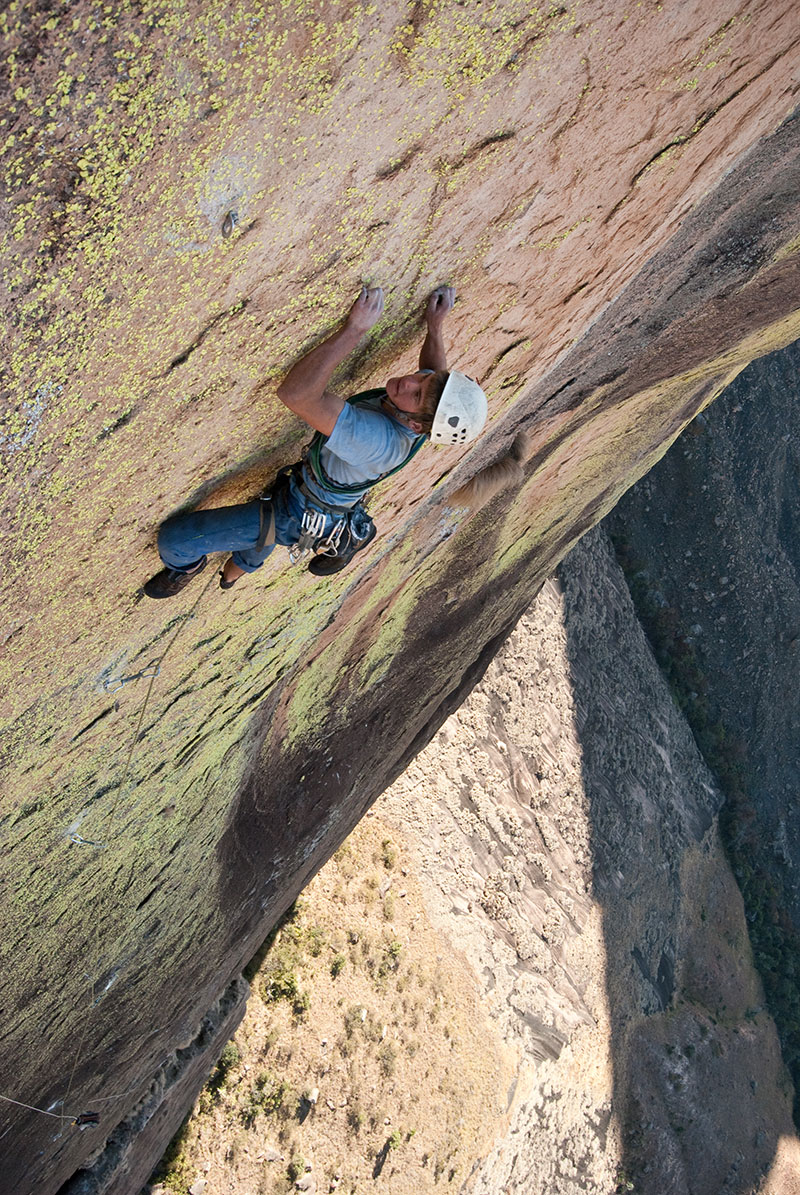 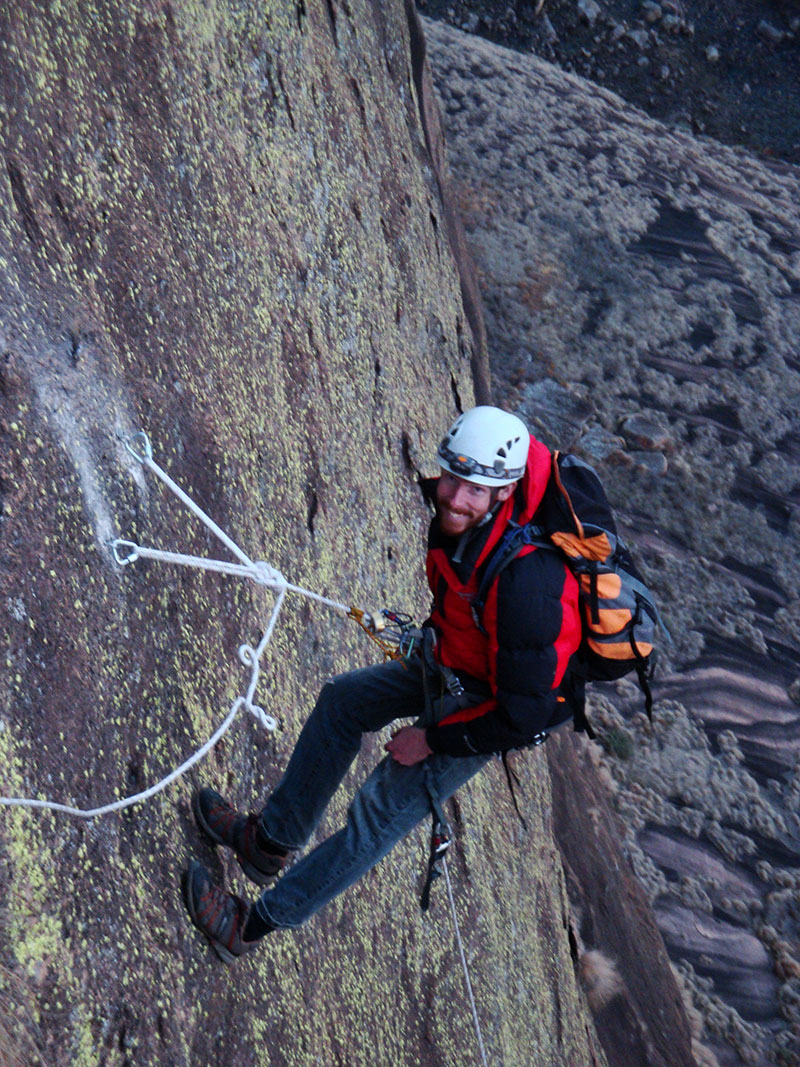 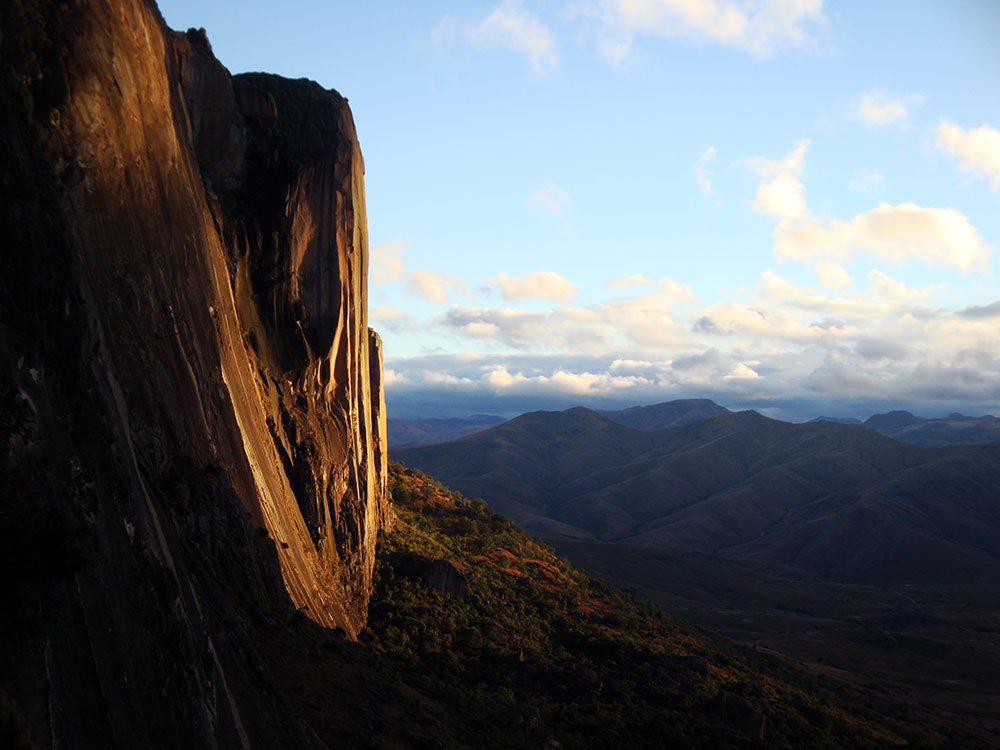 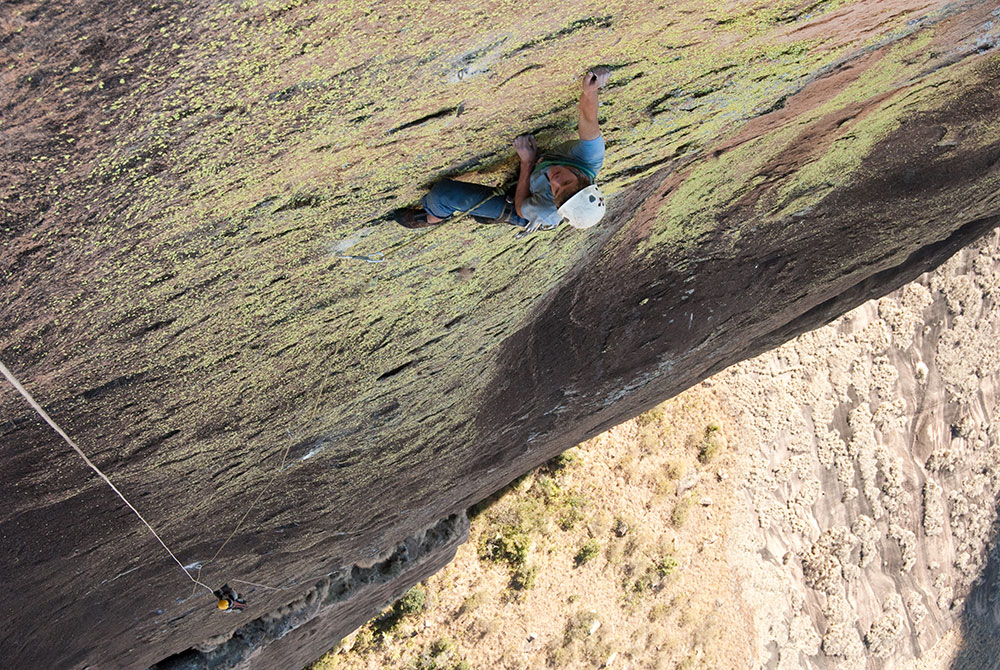 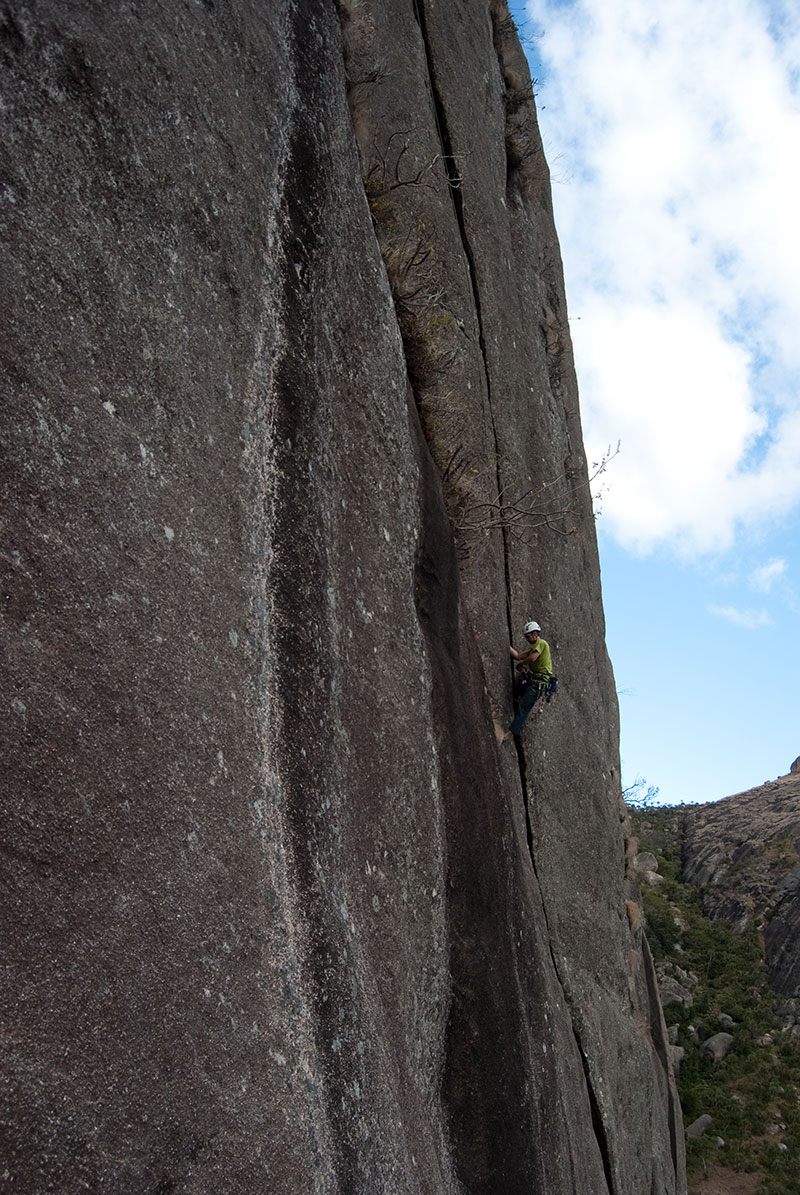