You are here: Home › Opening acts and featured talks at mini-FEAT
Posted by Lisa de Speville on Nov 7, 2013
1

With less than 10 days until the first mini-FEAT event, it’s time to announce the ‘opening acts’ for the mini-FEAT events in Cape Town and Johannesburg this month. 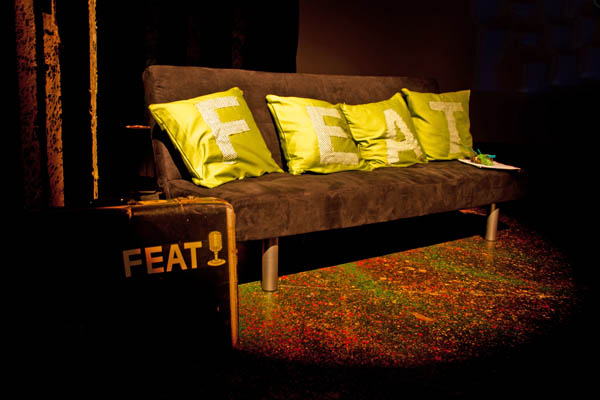 Where the annual, established FEAT event welcomes 10 speakers to its stage – to speak for seven-minutes each, mini-FEAT events have a different structure. The evening opens with one seven-minute FEAT-format talk, which is followed by a longer talk presented by a visiting adventurer. 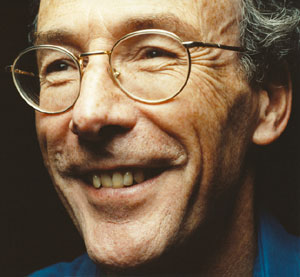 For our Cape Town ‘opening act’ we’re fortunate to catch expedition cameraman Kyle O’Donoghue in town before he jets back to Norway. Through the making of adventure films, O’Donoghue has paddled down a previously un-run tributary of the Amazon and he has accompanied polar-explorer Robert Swan to the Antarctic Peninsula – 11 times. He has also summitted three of the seven summits – Mt Elbrus, Aconcagua and Kilimanjaro to document Pierre Carter and Marianne Schwankhart’s 7Summits 7Flights project. He had to learn how to ski for an adventure he undertook this year – a 72-day, 1200-km polar expedition on Ellesmere Island in Canada.

Venables will speak to the Cape Town mini-FEAT audience about his expeditions across South Georgia Island, which retraced Ernest Shackleton’s 1916 route from the unoccupied southern shore to a whaling station – and help – on the island’s North coast. Venables’ presentation includes 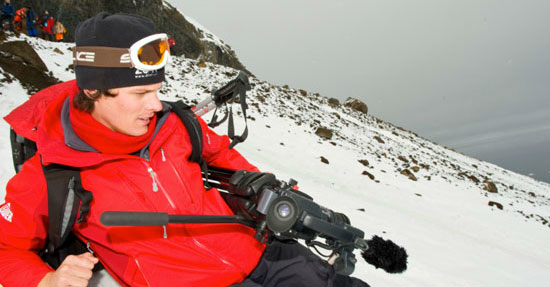 Wiam Haddad attended FEAT last month and sent through a note about his 13-month adventure – a posting to Marion Island, which lies in the sub-antarctic Indian Ocean.  Declared a Special Nature Reserve, the only human inhabitants on this South African island are research-station staff.

Of Marion and nearby Prince Edward Island Wikipedia writes, “The islands lie directly in the path of eastward-moving depressions all year round and this gives them an unusually cool and windy climate.  Strong winds blow almost every day of the year. It rains on average about 320 days a year and the islands are among the cloudiest places in the world”.

“It was quite an adventure living and working in such a harsh and remote place for a year, with only 19 other people to talk to,” Haddad says. Listen to his personal account and gape in wonder his images of the island at mini-FEAT.

For the Joburg mini-FEAT Venables describes the highlights of his many sailing-climbing expeditions to the Far South, including his expeditions to South Georgia Island – following in Ernest Shackleton’s footsteps – and Tierra del Fuego. This year he led a ski-mountaineering expedition to the Antarctic Peninsula with the internationally renowned yachtsman and climber, Skip Novak. This talk includes wanderlust-encouraging images.

Tickets for both events can be purchased online through. Tickets are not available on the nights of the events www.entrytickets.co.za.

For more information on these events as well as stories, videos and photographs from the recent annual FEAT event, please visit www.featsa.co.za