As the #ExpeditionAmaDablam crew make their way back to Kathmandu, the first image of them on the summit has arrived. Here Allan Dickinson [left] and John Black proudly hold up the South African flag, the towering summit of Mount Everest their backdrop.———————–
Iconic global outdoor brand The North Face [South Africa] recently announced its partnership with local South African climbing team in a bid for historic ascent of “the mothers necklace”. 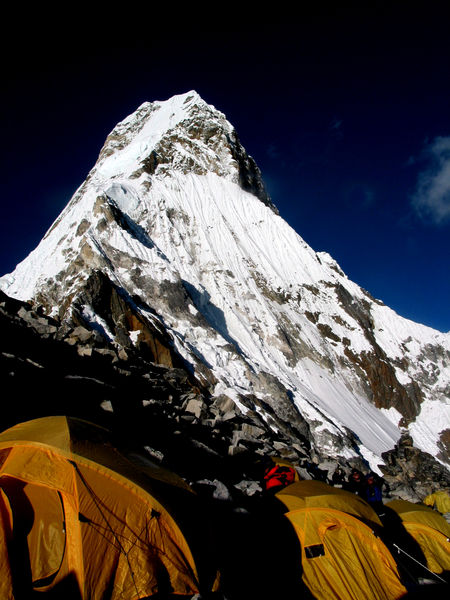 First climbed in 1961 by Mike Gill, Barry Bishop, Mike Ward and Wally Romanes via the South west Ridge, Ama Dablam is a mountain in the Khumbu region of the Himalaya range of Eastern Nepal.  In November 2013, this majestic mountain will play host to four South African climbers as they embark on a journey to become the first all-South African expedition team to summit the 6,856m peak.

Having climbed several notable peaks between them, including multiple summits of Mount Everest and Denali in North America, the all-Gauteng quartet of John Black, Warren Eva, Allan Dickinson and Robby Kojetin bring a good mix of experience, determination and sheer grit to the attempt.

“I am thrilled to able to be part of this South African first and to be able to expand the footprint of South African mountaineering in the Himalaya,” comments expedition leader John Black. “Having climbed many peaks the world over, the team is really excited about being able to take on a lesser known challenge that will push our technical ice and rock abilities to their limits.”

Arriving in Lukla on the 27th of October, home of the most notorious air strip in the world, the team will begin their four day trek to base camp at 4500m, using the opportunity to initiate their acclimatisation phase.

Black continues: “Ama Dablam is an iconic mountain and after Everest, probably the most photographed peak in Nepal.  It has held my imagination since I saw it in the flesh on my way to climb Everest in 2009 and in the 4 years since, and I have not forgotten her.”

After a few days of preparation at base camp, the climbers will then set out on the 4 day climb that will encompass some severe pitch climbing early on in the route.  Establishing 3 camps along the way, the team will ascend the rocky wall of Yellow Tower at almost 5900m, traverse a very exposed snow field below Mushroom Ridge at around 6100m, and then make the final push to the Bergschrund on the 15th of November where in recent years, a new threat awaits.

“In the past couple of years, crevasses have been opening up on the upper snowfield,” stresses Black. “These will need to be carefully negotiated.”

From this snowfield, an ice crest forms the “aisle” to the summit as the team will embark on the last few hundred meters to history.

“We hope to inspire other climbers to take on peaks around the world outside of the ‘usual suspects‘” muses Black, “or for those that have already climbed a bit to take on more challenging mountains and push the envelope a bit. Ultimately we want to see more people attempting climbing, as opposed to simply trekking peaks.” 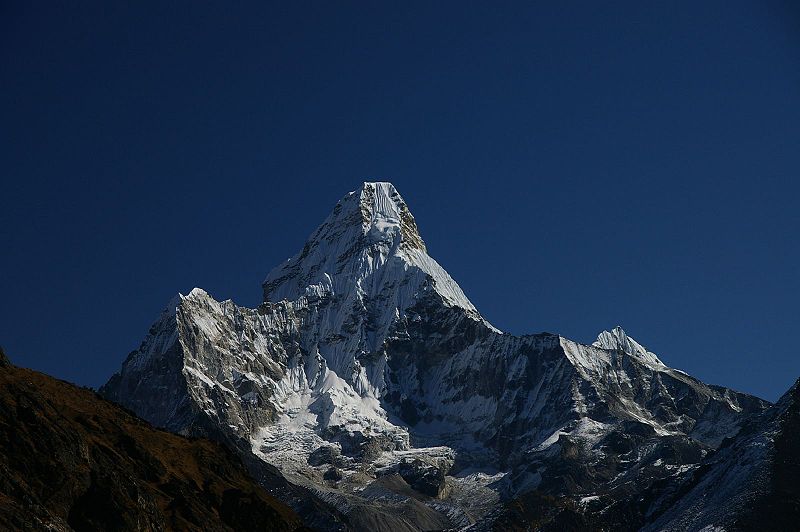