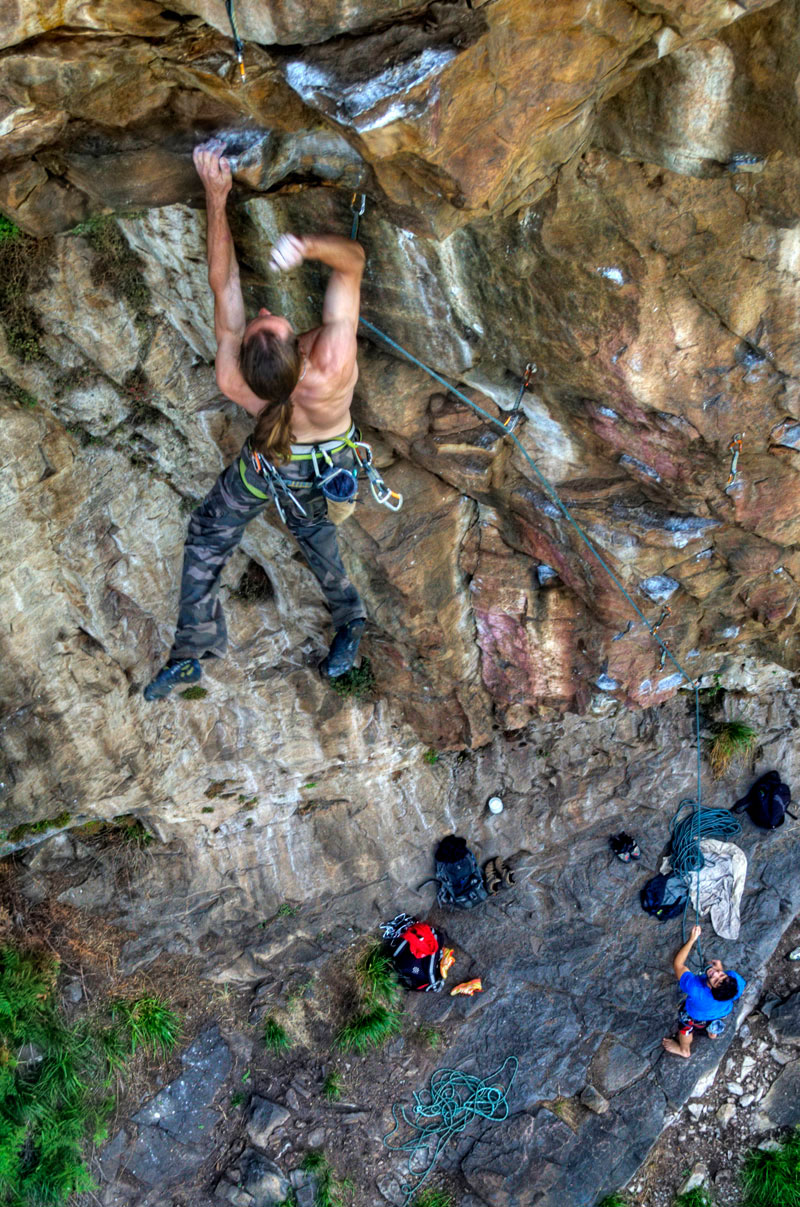 Anger, frustration, obsession and disappointment – 2 finger and 1 wrist injury, a scar on the right thumb and a scar on the left arm, 7 meter falls from 13 meters up, (the biggest one of all been upside down due to the rope been around my leg) – the Red Dragon project has been taxing in many ways!

The first half of the line was bolted by Mark Seuring before he moved down to Cape Town, but was never finished or opened.  The route shares the first 3 bolts of Fire Fly (24) and then branches left into some steep climbing.

I first tried the route towards the beginning of  2012 by accident thinking it was “Keep Walking Jonny” (27), I was greatly mistaken and un-unable to do the crux, however the climbing up too the crux was awesome and failing on the crux brought about this determination to somehow do the moves.
I tried every foot hold (all of which are smears) and every hand hold (all of which are either slopers or crimps) but could not stick the moves. 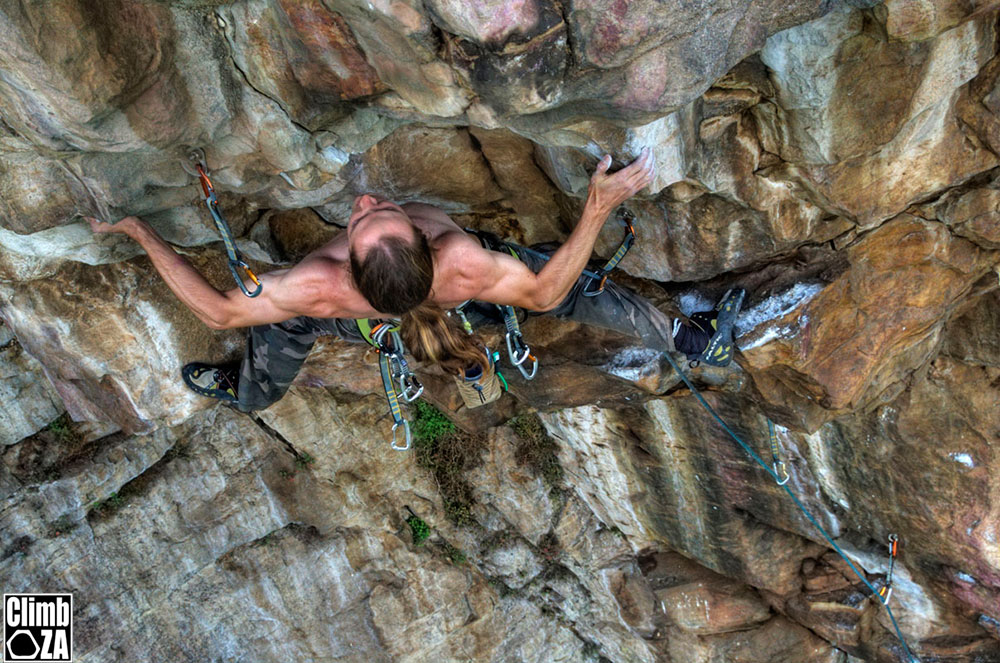 Over the months of 2012 I continued to try the line every here and there as I had climbed everything else at the crag and made slow progress not he moves.  In April I stuck the crux move for the first time.
That was it, the line was possible and I was going to open it!

A shoulder injury followed by a trip to Outdshoorn and then a bad spell of flu kept me off the route for some time.  After getting back on it a few times and sticking the crux move 1 in 20 attempts I decided to bolt the rest of the line.

Bolting the rest of the line

I gave Mark Seuring a call and requested his permission to bolt the rest of the route to which he agreed.  I took a direct finish heading straight up towards the Largest section of roof at the top – I love roofs!

Bolting the top of the route was an epic:  While drilling the first hole for the anchors, I needed to pull myself closer to the rock in order to drill due to the steep angel of the line.  I grabbed an underling, pulled my self in and began drilling.  Half way through the process the massive underling broke loose, fell on my right thumb and left arm, slid off my left arm and crashed to the ground 27 meters below.  As for me, blood pouring out of the top of my thumb and arm I continued to bolt the line.  I have 2 scars from this incident. 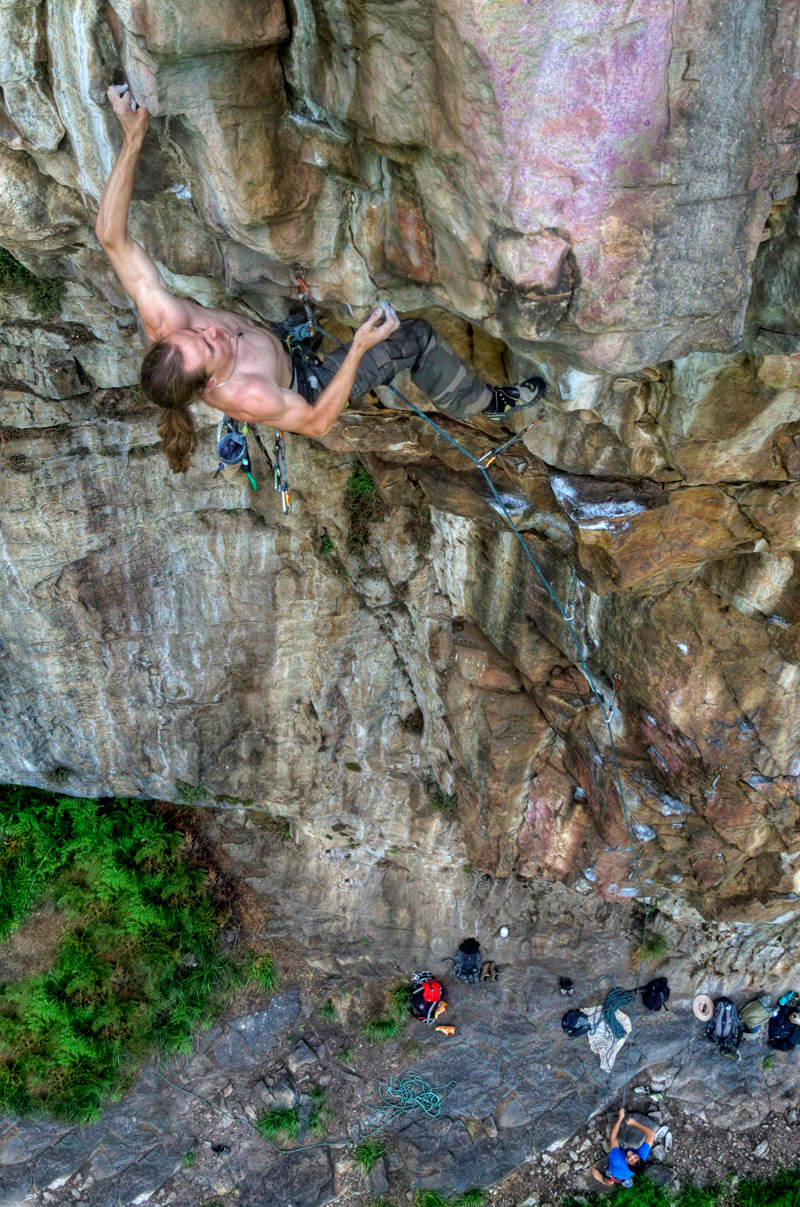 This is the part where the obsession kicks in.
December 2012 I figured all the crux moves out and was able to rest on the bolt before the crux, and climb to the chins. However, doing the crux from the ground was another story.  I worked the route on and off through out 2013.

I was convinced I needed more power to get through the crux more efficiently but looking back at it now it was probably more endurance I actually needed.  My drive to increase strength caused me to over-train on my campus and finger board resulting in 2 quite serious finger injuries.

Another trip to Oudtshoorn, traveling for work and tick bite fever once again resulted in me giving the route quite a long break.
During this time I was doing very intense power endurance training while avoiding hard bouldering due to the earlier finger injuries. 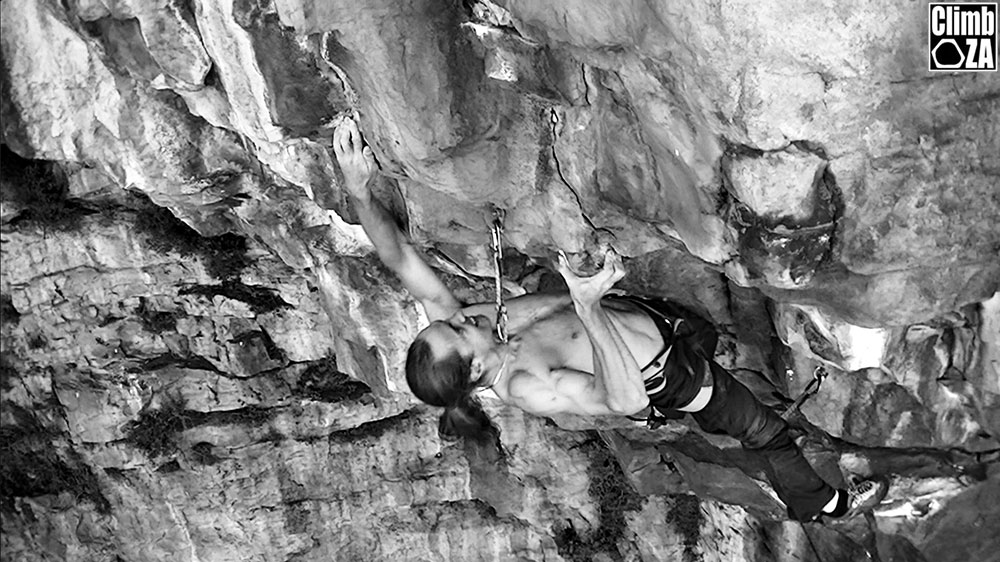 16 November 2013 I went to Bronkies with my brother John.  After warming up on Fire fly (24) I put draws on Silence of the Lambs (25) for him and then gave Red Dragon a burn.  I climbed up to the crux, had a short shake out and continued into the hard moves.
I landed every hold perfectly and sent!
First go of the weekend!  Boom!  Done!

Red Dragon is currently the hardest line at Bronkies with an opening grade of 30/8a.  I can now officially say I have sent every sport route at the crag.

I think the “psych high” made me forget that lots of hard climbing makes you pumped as I sent three 27’s after Red Dragon before going home.

A special thanks goes out to the many people who have belayed, photographed and filmed me over the year on the route.  It has been a major climbing goal of mine as anyone who know me will vouch for.

To God be the glory.

Slaying The Dragon – A short documentary on David Wade training for and opening his long term project “Red Dragon” (30/8a) at Bronkies, currently the hardest line at the crag.

18 Responses to Slaying The Red Dragon at Bronkies