The Quick Way Down – This article is intended purely as something to learn from and not to point fingers at anyone, which is why I have left out names of some of the people involved.

The day began at the Inner Wall of the Canyon in Kloof Gorge and in typical KZN early start fashion; we arrived at the crag at around 12:30pm.  Our group for the day consisted of me (Dylan Williams), Michael van der Ham and two younger climbers from a nearby school.  Michael and I had taken the young guys out as part of an initiative to get some of the keen local young climbers out and climbing on some harder routes on rock.  The day started off really well, with the younger guys going off to climb a 24 at the new sector of the wall which had recently been reopened.

While they were busy on the other side of the crag, Michael and I got started on our project for the day which was the Phantom of the Opera.  This sport route has long been considered one of the best lines in the Gorge and had been in our sights for a while.  After doing some stretches on the ground I started up the route, just going bolt to bolt, getting the draws on and familiarizing myself with the moves.  Things went very well and I came down sure that the route was going to go down in the next couple of months at least.  After I placed the draws Michael also had a go to solidify his beta and investigate camera angles to see if we could film the route.  Once we were both down I opted to take a long rest before going for a red-point burn.  By this time the younger guys were finishing up at the new sector and one of them had managed to get their route on his second attempt which was pretty great. 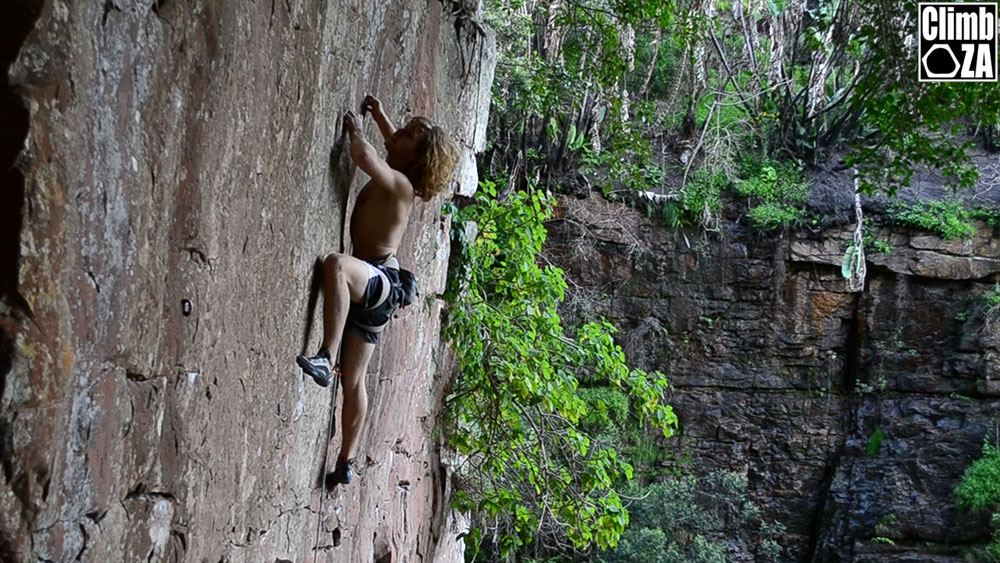 After a 30 minute break I decided that I was ready to give the route a red-point attempt and kitted up.  It was decided that Michael was going to ascend the scramble (which is conveniently right next to the route) and do some filming while I climbed.  This meant that one of the younger guys would have to belay me.  Although I had never before climbed with the guy who belayed me on that attempt, I assumed that since he had been belaying his friend on the other side of the crag, he was a decent belayer.  I started up the route and made a fairly good link through the thin and technical first crux and into the start of the second crux where I took a small fall which was held by the belayer.
I decided that from this point on I would just go bolt to bolt again and try to link small sections together to further refine my beta.  As I was nearing the top of the climb (around the second last draw) I had done a reasonably long link from the draw below and was starting to get tired.  With my waist about 40cm above the bolt, I stepped off the rock and simply did not stop falling until I hit the deck about 12-15m below (not sure of the exact height). 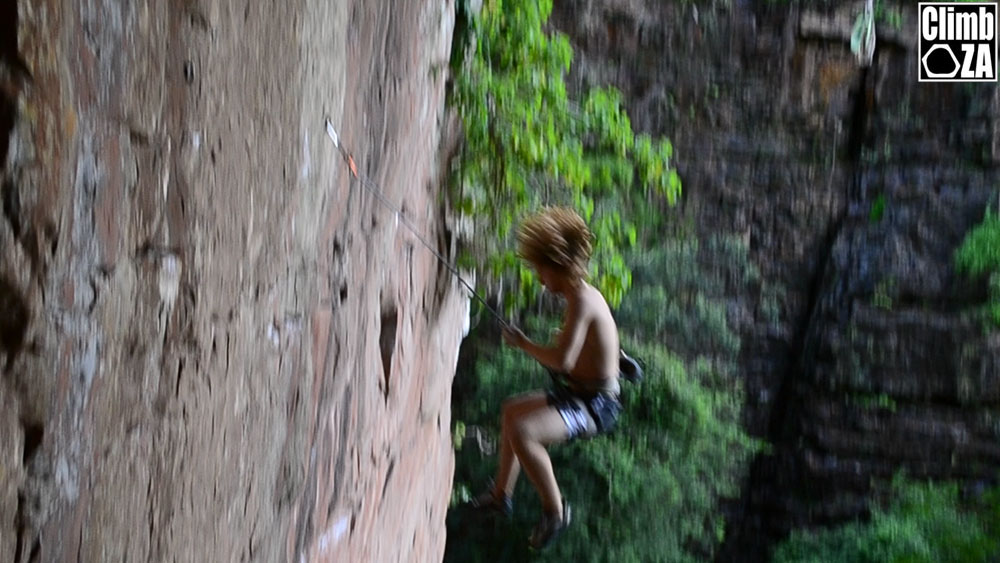 Due to a lapse in concentration, my belayer had allowed the rope to slip through his hand(s) and flow freely through the device he was using (which was an ATC).  To his credit, he did slow me down before my landing, but in the end I still decked.  Immediately after I decked there were a few seconds where I was too shocked to really process anything, but after that things got very real, very quickly.

I had landed in a bush at the base of the route and sort of rolled onto the path below that leads to the other wall.  I made sure I was lying on my back and got the young guy who was not belaying to untie the rope from my harness and take off my climbing shoes.  My lower back was in quite a lot of pain and something was definitely very wrong with my right wrist.  I had never done a first aid course or anything of the sort but I knew that when your back is involved, it is best not to move at all and with this in mind I told Michael to call Scott Sinclair, who then alerted the rest of the mountain rescue team.  What followed was an epic 3 hour rescue mission by the awesome people of Mountain Rescue for which I am incredibly thankful. 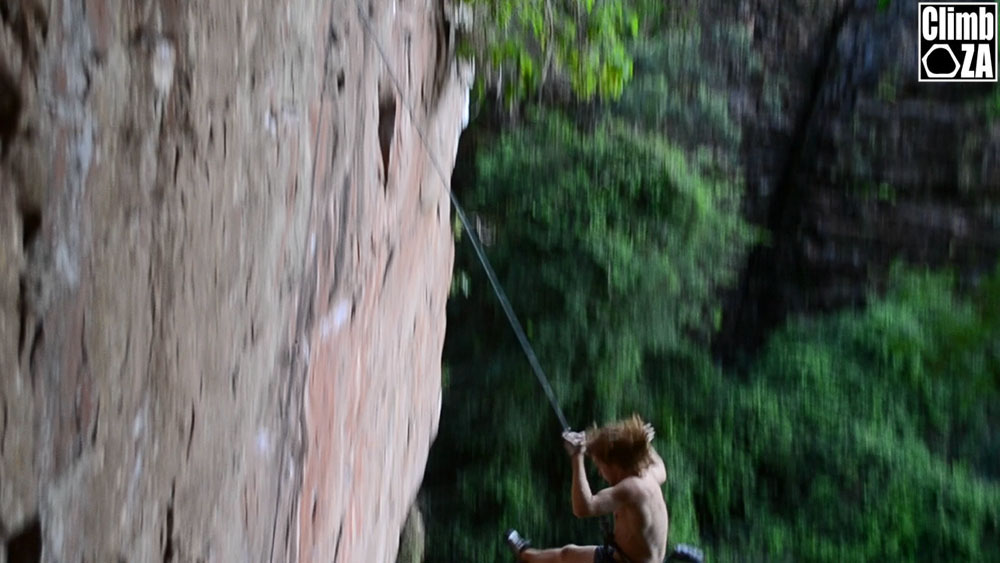 They strapped my wrist and got me on a stretcher before hauling my ass up a terrible 20m bushy and dusty rock face.  They then helped carry all 70kg of me up the path and out of canyon which, as those of you who have climbed at the area will know, is no joke.  After I got to the hospital they took about two days to fully check out my back with a CT scan and many x-rays before finally discharging me.  I went back for a checkup the following week and unfortunately, after a new set of x-rays, it was determined that I would have to go into surgery to have a screw put into my wrist which had apparently been fractured during the fall.

In the end I was very lucky to get off with the comparatively minor injuries I sustained and although it could have been a lot worse, I think it is important that people focus on learning from this incident.
This incident was due to negligence and possibly also a lack of experience and I will definitely be more wary in the future when choosing belayers.  It is never a good idea to assume that everyone who you go climbing with is a safe belayer and this is definitely something that I had taken for granted.

For those people who are interested the belayer was using an ATC and a fairly new 10mm Mammut 60m rope and I fell from approximately 40cm above the bolt.

Once again:  This article is intended purely as something to learn from and not to point fingers at anyone.

The quick way down belay accident

11 Responses to The Quick Way Down