You are here: Home › Paul Robinson goes adventuring in the Cederberg
Posted by Justin Lawson on Aug 14, 2014
0

La Sportiva ambassador Paul Robinson just got back from a trip to the Cederberg (and a few other places) in South Africa where he sent a few First Ascents.
From the footage, it would appear that Paul drove some back roads and stopped (where most of just looked out the window thinking ‘that’s a pretty sweet looking boulder, I have to check it out sometime!’)

The video features the following problems, of which all are First Ascents: 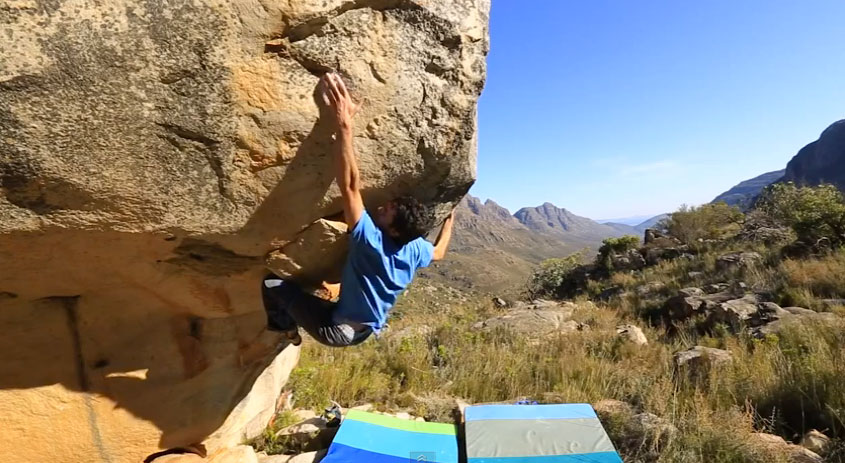 Paul Robinson climbing in the Cederberg

Tea Garden Roof & Witness the Sickness
Climb For a Life