You are here: Home › Clinton Martinengo sends the ‘Hustler Project’ at the Penthouse
Posted by Justin Lawson on Sep 1, 2014
2 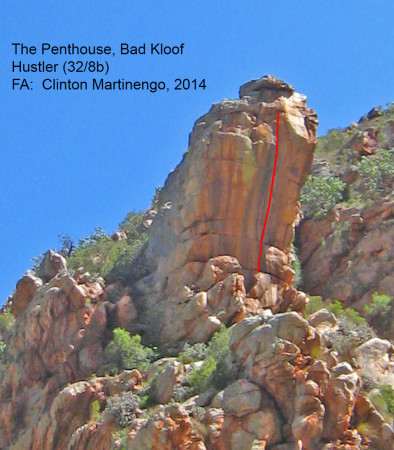 sent the ‘Hustler project’ at the Penthouse on his first try of the day, yesterday!

Clinton reckons the grade to be a hard 8b/32.  Initially he thought it would be a 8b+/33.  But during (a hot) December 2011 when he came close to red pointing the line, he blew his left shoulder and consequently was out of action for four months!

Being afraid of hurting his shoulder again, Clinton had reservations about the route… a few weeks back he finally decided to scratch the itch and jumped back on the route searching for a less strenuous way of doing the crux (which he found).
Clinton also mentioned that the cooler temps at this time of the year helped make the crux easier.

The route climbs up a tricky seam past four bolts at grade 25/7a+.  The seam then ends (this is where you need to start paying attention) and one climbs straight into a hard boulder problem of about 7C/7C+ (that is Font grade – Thanks Steve for the comment below) to the top with no rest.

The Penthouse is situated in Bad Kloof (opposite Waterworld) has three routes in total.

Below:  Clinton on the crux of Hustler. 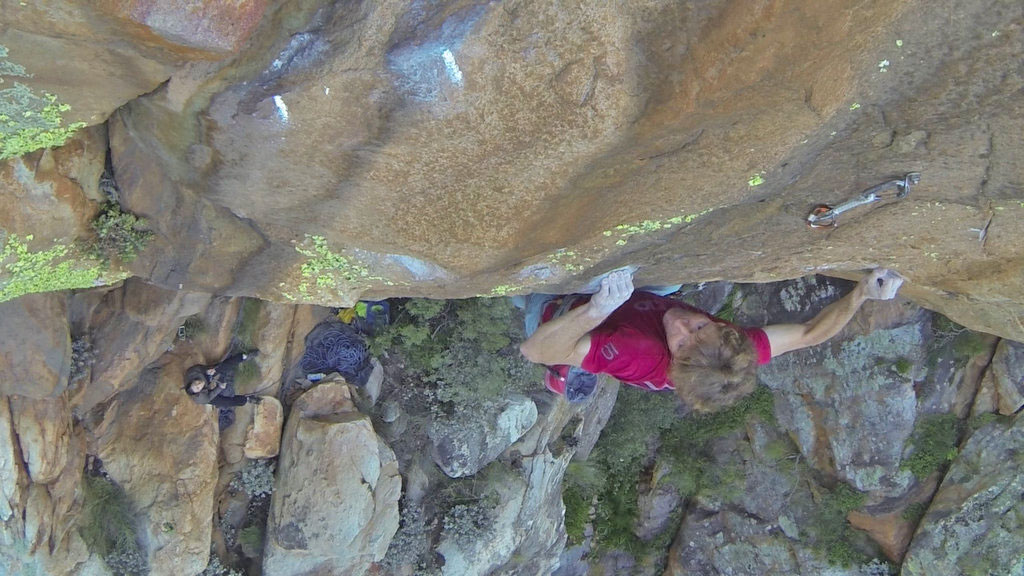 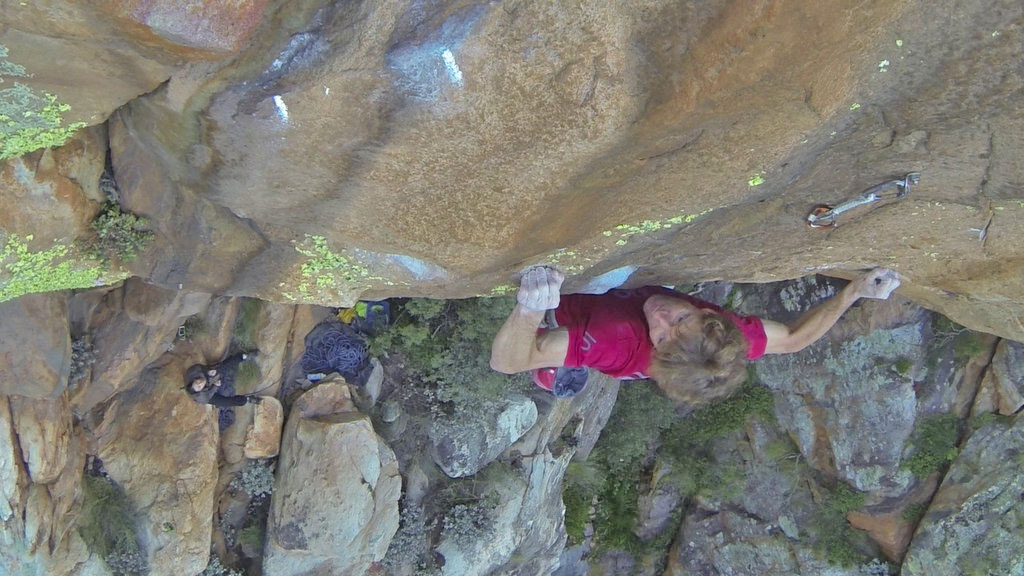 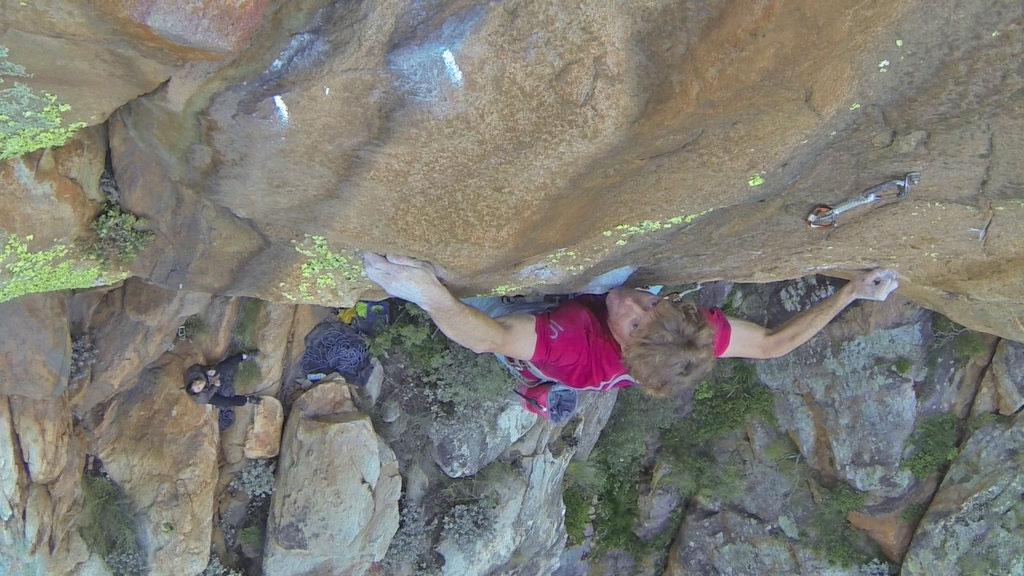 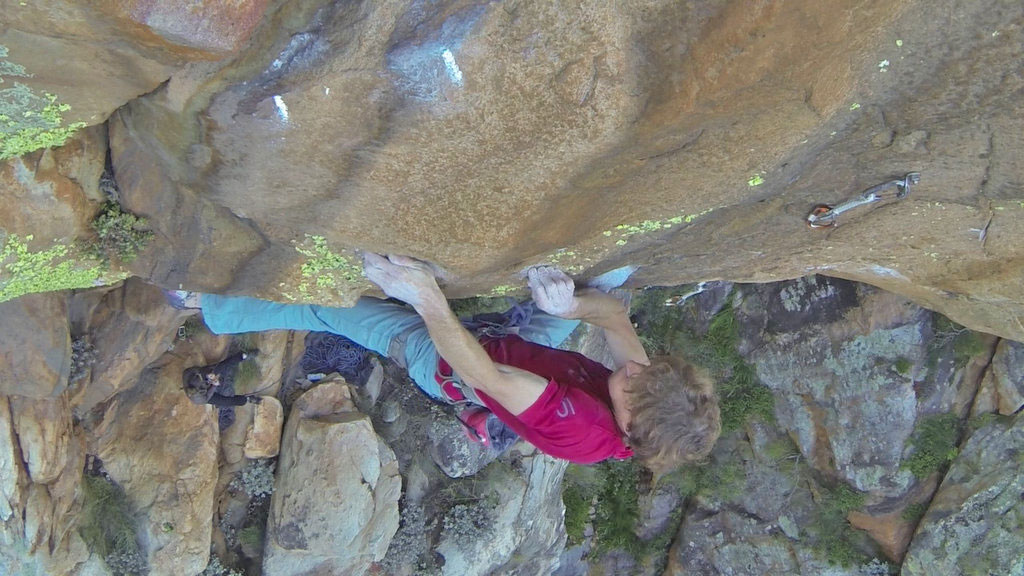 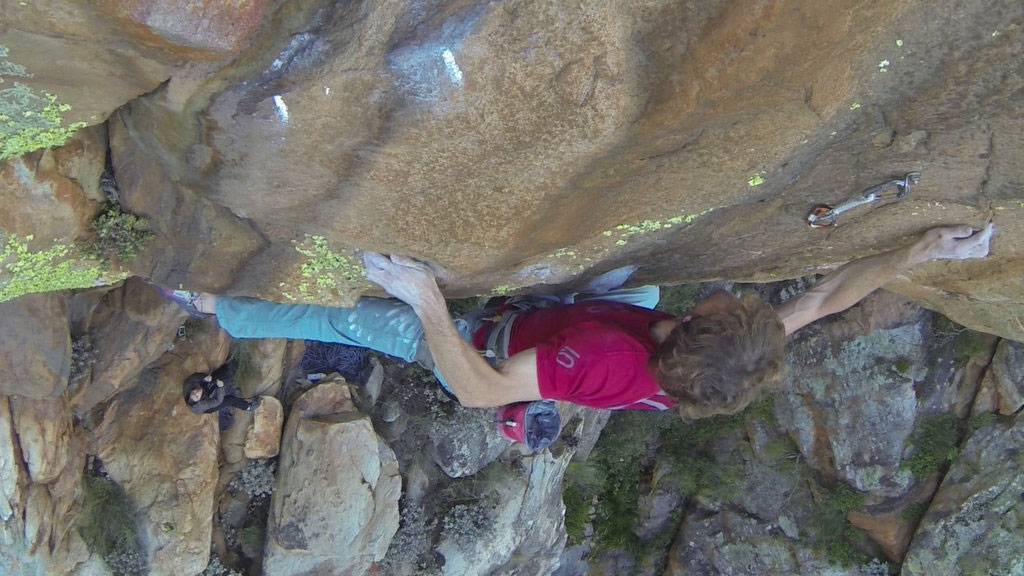 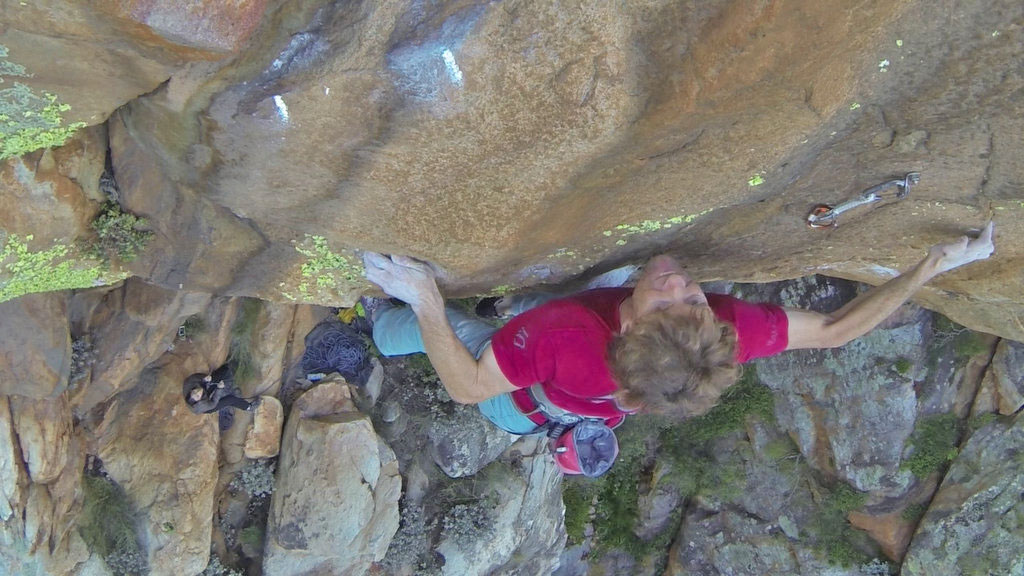 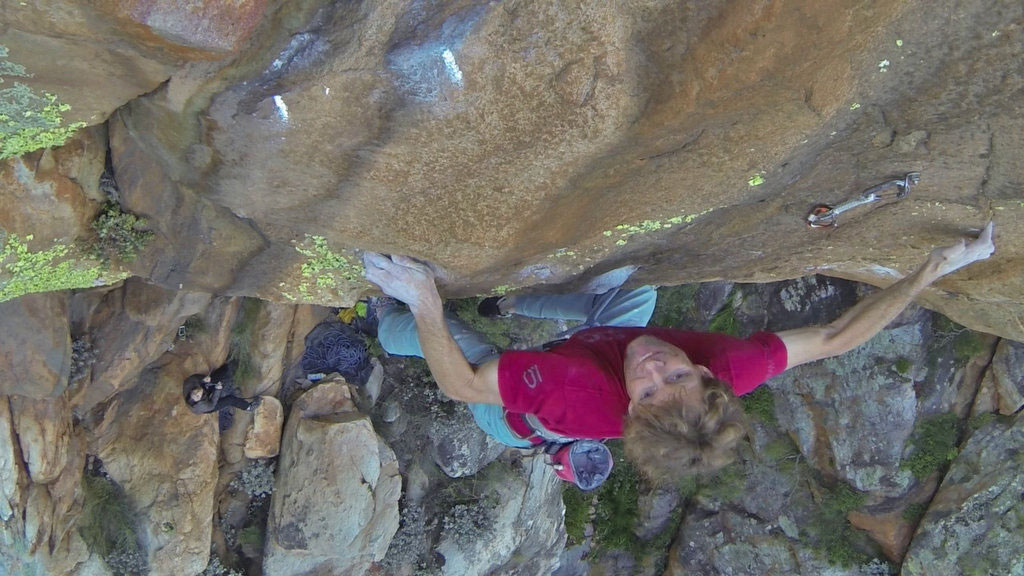 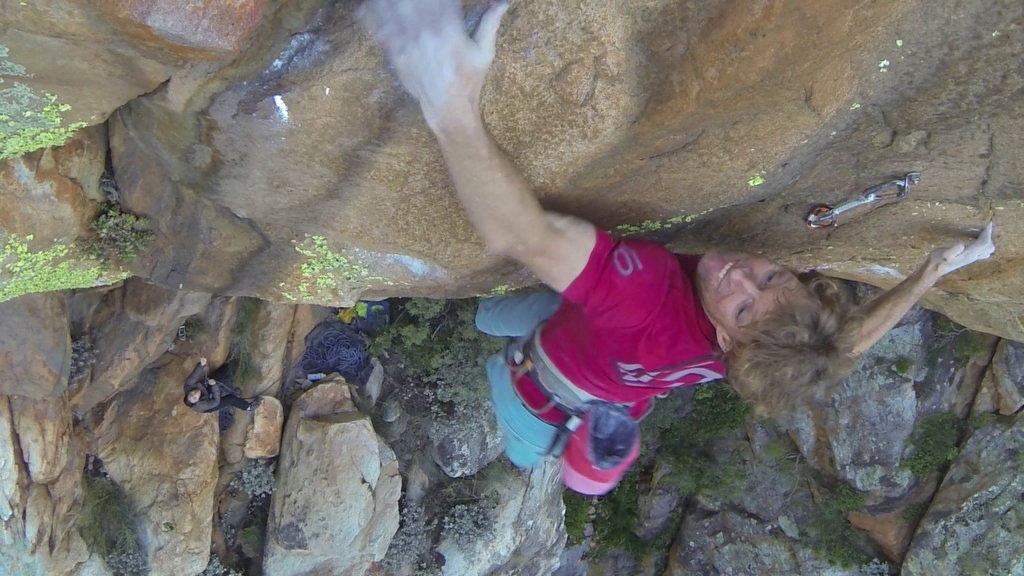 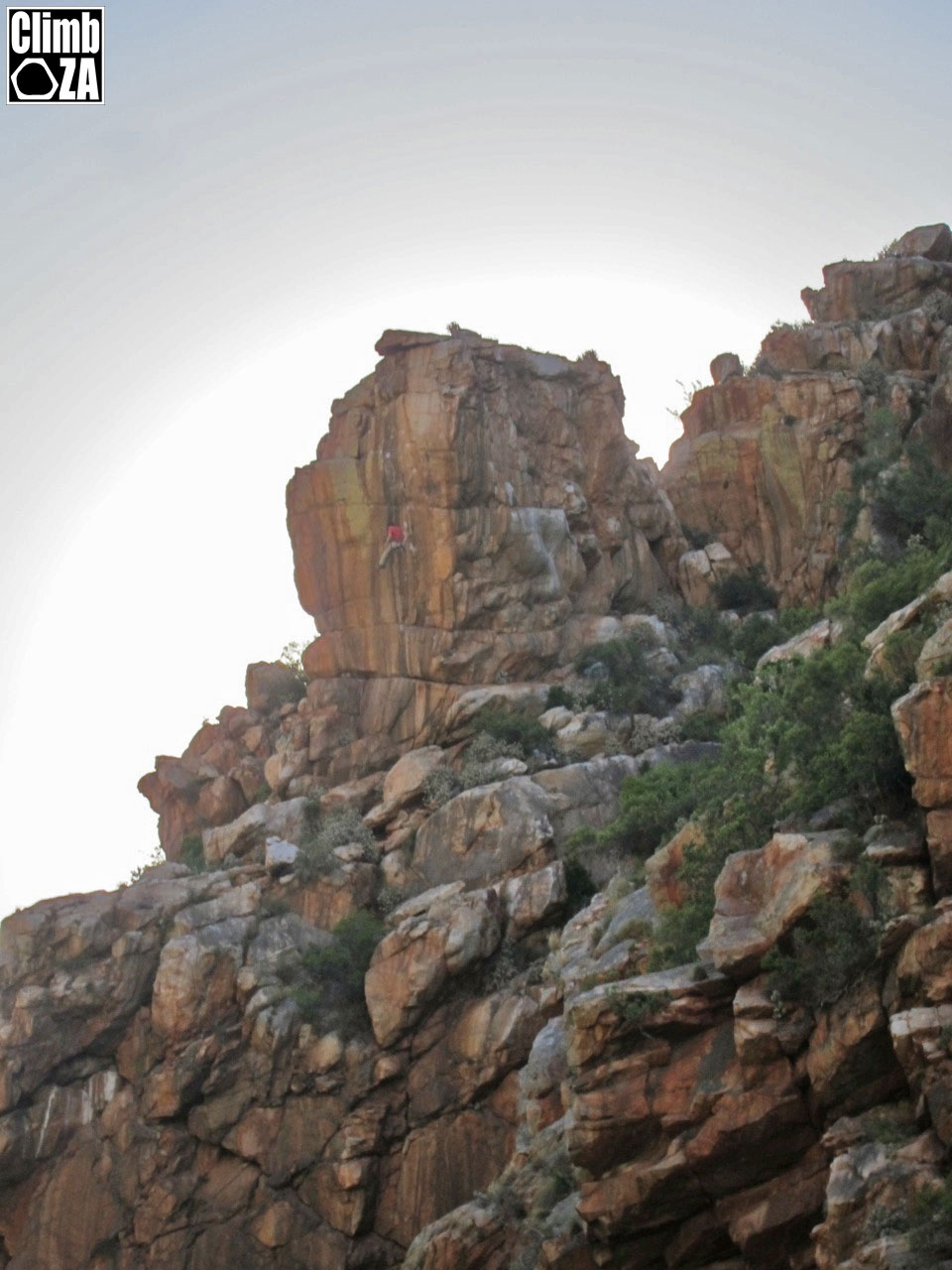 Clinton working or bolting Hustler (can’t recall) back in 2011.