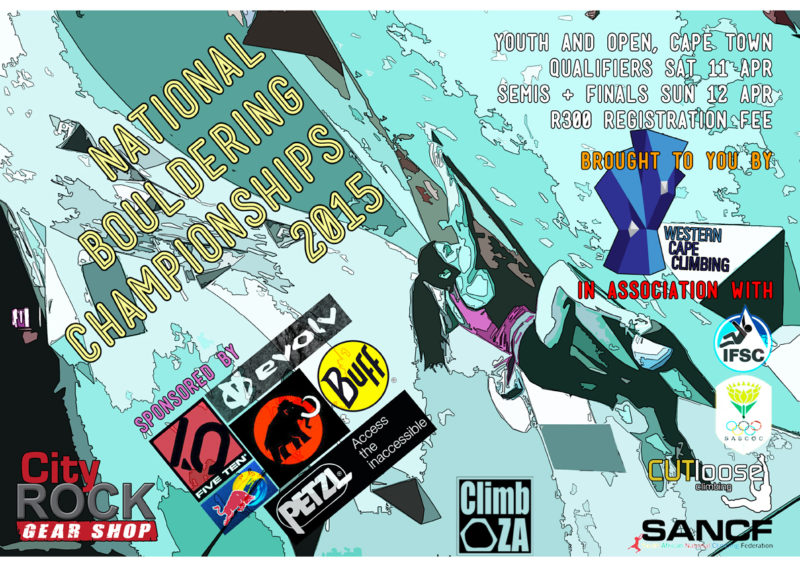 For the second time, the Western Cape is host to the biggest indoor bouldering competition in South Africa: the 2015 National Boulder Series Championships.

With the incredible buy-in and support of South Africa’s largest Indoor Climbing Gym, namely CityROCK Indoor Climbing Gym in Observatory, Cape Town, the stage was set to witness 73 competitors from across the country take part in this year’s National Boulder Event.

While in isolation on the Saturday and Sunday, climbers could be found lounging around in the cool breeze coming in through into the isolation area, fondly known as Area 51 by the local CityROCK clients.

After the first day, Alex’s Catering delivered a scrumptious meal of canapes and finger-foods for the weary competitors and spectators as well as the hard-working routesetters.

Hats off to the phenomenal routesetting that occurred before and during the event. Chief Routesetter, Maciej Fijalkowski, and his team of 6 routesetters spent the entire week leading up to the event setting routes and stripping the walls of the gym. It was incredible to see how much work, deliberation and basic hard labour goes into the setting and stripping of routes.

Each boulder problem that was climbed was allocated one Judge and one Scorer. These two people were responsible for accurately capturing which climber got the most top and bonus holds in the 5 and 4 minutes for semi-final and final boulder problems respectively. The scoresheets were taken to the two Scores Auditors and the Chief Scorer to be entered into a Scoring Spreadsheet which would calculate and ultimately rank the climbers after each climb. The Jury President had the final say before the results were published.

The competition ran very smoothly and efficiently and any queries or issues that arose throughout the event were dealt with timeously and fairly, ensuring a successful, streamlined and entertaining competition for all involved. The running of the event was largely and almost exclusively due to the officials, namely:

***The Winning Province was calculated this year by calculating the scores of the Top 5 competitors in each category as follows:

All the Officials of the Competition

A huge thank you must be given to all our sponsors, particularly those who contributed the most. These events are very expensive for all concerned and without the sponsors, the calibre of these National Competitions will be low. Western Cape Climbing has been very fortunate this year to have had such immeasurable support from our sponsors. Much appreciation is given and we cannot thank you all enough for your contributions. 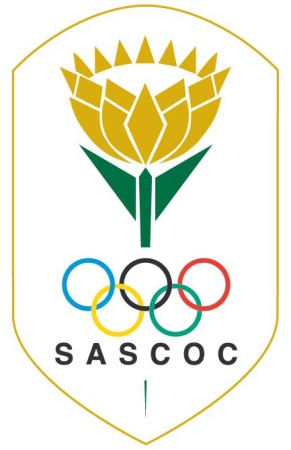 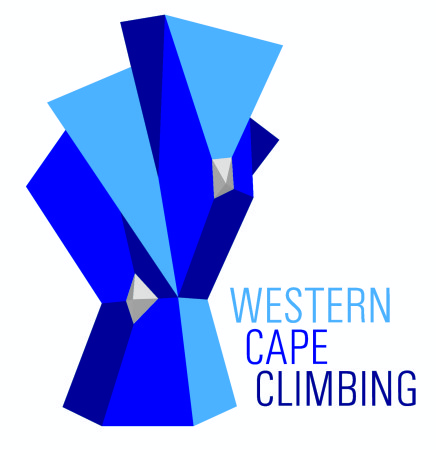 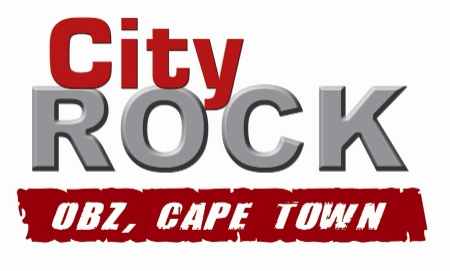 For information, rules, opportunities and results

On behalf of the SANCF, Western Cape Climbing welcomes all other provinces to the annual SANCF National Boulder Series Championships. This is the second National Bouldering Competition held in the Western Cape. We, along with the SANCF, hope to bring continual improvements to competition Sport climbing in South Africa and indeed to give climbing opportunities in the hope that our athletes can compete internationally.

This National Competition will be run in accordance with the IFSC Competition Rules (minor local rule amendments might apply) and adhere to SASCOC’s strict code of conduct.

Please bear in mind that the competition will run strictly according to a timetable, therefore kindly allow enough time for travel delays.

No climbers competing in the National Bouldering Series Championships will be allowed access to CityROCK from 6th April until the start of the competition.

Anyone interested in assisting as an official at the competition, as either judges, stewards, etc., please contact info@westerncapeclimbing.co.za if you would like to help, giving your details, experience and area of assistance. If your child is competing kindly give name and age category.

We already have a number of sponsors for the competition but we can always do with more so if anyone has any contact details or suggestions for sponsors, kindly forward this information on to info@westerncapeclimbing.co.za.

We are incredibly grateful to CityROCK Indoor Climbing Gym for hosting the 2015 National Boulder Series Championships.

Western Cape Climbing would also like to thank the following sponsors: 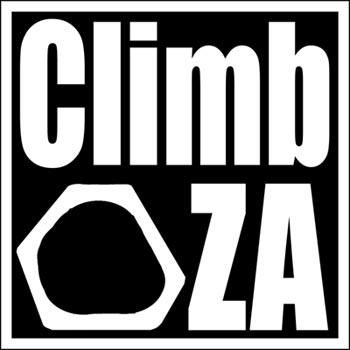 Western Cape Climbing would like to thank the following Media Outlets for publicity of the Competition:

The 2015 National Boulder Series Championships, Youth and Open Finals will be held over the following two days:

Both Youth and Open National Boulder Series Championships Qualifying and Finals will be held at:

The address is: Corner of Collingwood and Anson Streets, Observatory, Cape Town. For more information, please visit their website www.cityrock.co.za. Refer to the map below or use the following link in Google Maps – City Rock link in Google Maps.

No refreshments will be on sale but the Spar and a number of restaurants and takeaways are just up the road from the Venue.

Prize Giving for the National Boulder Series Championships, Youth and Open will take place on Sunday 11th April directly after the Open finals at approximately 05:00pm to 06:00pm at CityROCK Indoor Climbing Gym.

Any registrations received after the 3rd April 2015 will not be allowed to compete.

Provinces are requested to please send names and the category under which each will be participating to info@westerncapeclimbing.co.za by 3rd April 2015.

9. No of Entrants and Age Groups

Maximum of 5 entries per age category (see below), from each province.

The categories are as follows:

As per IFSC rules, U16’s and U19’s may compete in the Open category under the following circumstances:

·         That the competitor is at least turning 16 years of age in the year of the competition.

·         The competitor must climb in the age group in which they want to be eligible for international events selection e.g. he/she must also climb in U16’s if that is the age group they are attempting to qualify for selection in.

·         That an U16 (ie turning 16 or older in calendar year 2015) or U19 competitor wishing to compete in Opens shall specifically notify the event organizer prior to the competition. The event organizer shall acknowledge receipt of this.

·         That the competitor is required to enter and pay for both categories.

Climbers may not ask about beta. Climbers may only touch the marked starting holds during this time. No other holds may be touched and feet may not leave the ground.

Scores for rankings are calculated according to, and in order of:

No score shall be awarded for a “touched” hold.

If any competitors are tied, then the ranking of these competitors from the previous round will be used to break the tie (“countback”).

For the purpose of determining qualification for the Final round, if any competitors are tied following the ranking and countback process described above, the tied climbers will be put through, e.g. climbers ranked equally at 8th will be allowed to compete in the Semi-Final.

To complete a route the climber must comfortably hold the final hold of the route with both hands for 3 seconds or until the judge acknowledges.

A touch of the hold or a mat foot dab (however slight) constitutes a try.

The starting, bonus and finishing holds shall be clearly marked.

The start and end times will be announced by the blow of a whistle by the Time Keeper.

The time remaining will be announced by the Time Keeper.

Isolation rules shall apply to all rounds of Boulder competitions.

These times are subject to change and a revised timetable may be published after the registration cutoff when competitor numbers are known.

The above times are approximate and competitors should always arrive early.

Where a designated official’s related party (e.g. son/daughter) is competing on a boulder and that official is judging, scoring or is in any way involved in officiating on that boulder or where there could be a conflict of interest between an official and their related party, it is the responsibility of that official to recuse or remove themselves. Failure of the official to do so could place the results of the related party competitor at risk.

The following officials have been appointed for this competition:

The Chief Routesetter consults with the team of routesetters appointed by the organiser and is responsible for planning, organising, maintenance and the technical standard of the competition climbing boulders. This also includes installation of holds, protection points and other climbing or safety equipment and boulder sketches/photographs. The Chief Routesetter advises the Jury President and is a member of the Jury President’s committee.

Warm-up walls and equipment will be available in the Isolation Area at CityROCK Indoor Climbing Gym.

Each competitor shall wear the appropriate shoes and chalk-bag for the event and make use of climbing chalk only.

No cell phones or audio equipment are allowed during observation, isolation and climbing.

It is the competitors’ responsibility to be familiar with the definitions of technical incidents should they be in a position to call for one.

An appeal concerning a competitor’s attempt must be made within 5 minutes of the publication of the official results, in writing, on an appeal form available from the event organiser, along with a fee of R100.

The Jury President shall resolve the appeal without delay with the assistance of his committee.

A decision by the Jury President shall be final.

All Semi-Final and Finals boulders will be videoed if possible.

The SANCF is affiliated to both the IFSC (International Federation of Sport Climbing), SASCOC (South African Sports Council and Olympic Committee) and the South African Institute for Drug Free Sport (SAIDS) in terms of which the SANCF has adopted the World Anti-Doping Agency (WADA) Code.

The code applies to all competitions held under the auspices of the SANCF and all competitors, coaches, trainers and officials have deemed to have agreed to comply with the code and are fully aware of the list of prohibited substances and medication and confirm they have not taken any of these substances. A list of banned substances may be downloaded from http://www.antidoping.cz/documents/WADA-Prohibited-List-2014-EN.pdf or kindly visit the WADA website at http://list.wada-ama.org/

Doping violations will be dealt in accordance with the IFSC Anti-Doping policy and Procedure.

Qualified Medical staff will be available on both days of the competition.

Accommodation may be arranged at your own convenience.

Non-SANCF Members will not be permitted to compete at the National Boulder Series Championships.

Kindly email the proof of payment to info@westerncapeclimbing.co.za

A voluntary donation of R50 or more for CAC (Climbers Against Cancer) can be included in your registration fee into the above bank account. This money will be allocated to the CAC fund and the total raised at the competition will be announced at the Prize Giving Event on Sunday 12th April 2015. 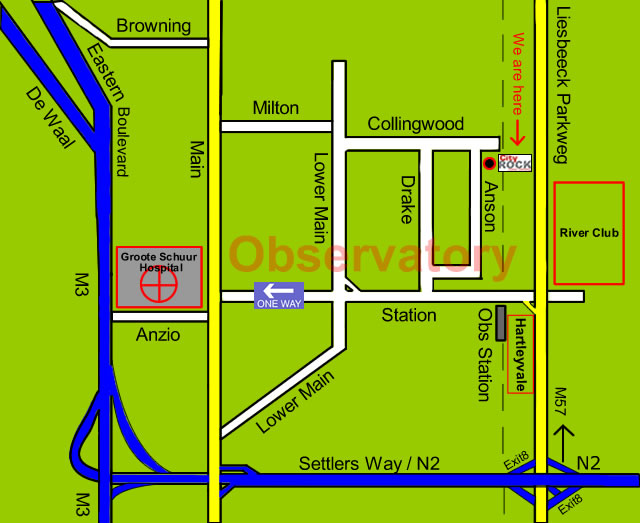 LEGAL DISCLAIMER: All climbing related activities are extremely dangerous and always completely at your own risk. The organizers, SANCF, the sponsors and venue owners accept no responsibility for any losses, injury or death. All participating climbers, helpers, organizers and spectators take full responsibility for themselves. There is no substitute for experience, training, common sense and a touch of caution. So you are on your own…take care!

Should any of the competitors wish to enjoy some outdoor climbing in the Cape, please contact info@westerncapeclimbing.co.za and we will organize it.

We have the following areas available for climbing: