You are here: Home › Dean Potter Dies in Wingsuit Accident
Posted by Justin Lawson on May 18, 2015
10

On Saturday evening, May 16, BASE jumpers Dean Potter and Graham Hunt died after attempting a wingsuit flight from Taft Point, a 7,500-foot promontory that overlooks Yosemite Valley and El Capitan.

Potter has been a fixture on the climbing and BASE-jumping scene in Yosemite since the late 1990s. According to Yosemite chief of staff Mike Gauthier, the pair made the jump late Saturday. Their spotter heard two sounds that could have been impacts or could have been the noises made by parachutes snapping open. She followed standard protocols, first trying to reach the pair by radio, with no luck, and then moving to a predetermined meeting place. “They were optimistic, thinking that the men might have been arrested,” says Gauthier. BASE jumping is illegal in Yosemite National Park. 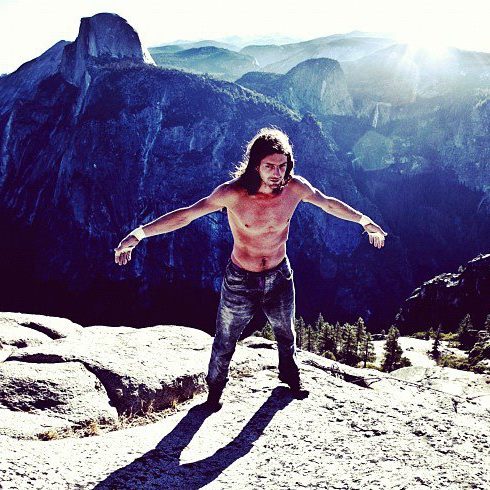 Yosemite Search and Rescue (YOSAR) initiated a hasty search, but the rangers were unable to locate the pair overnight. Potter and Hunt had been attempting to fly along terrain that required them to clear a notch in a rocky ridgeline. “It’s kind of a trickier flight to go through this notch,” Gauthier says. On Sunday morning, a state police helicopter was able to spot both bodies from the air. No parachutes had been deployed. Two rangers were then airlifted to the site to perform the recovery.

Survivors include Potter’s girlfriend Jennifer Rapp and his dog, Whisper, a blue heeler who has played a prominent role in Potter’s adventure life for the past few years.

Earlier this month, Potter set the record for the fastest ascent of Half Dome, one of Yosemite’s iconic monoliths. He completed it through a combination of trail running and free-soloing, or climbing without a rope. Potter also held the record for the longest wingsuit flight, covering nearly four miles (6.5km) of ground in 2 minutes, 50 seconds, after jumping from the Eiger in Switzerland.

In November, after the release of the adventure film Valley Uprising, sports nutrition company Clif Bar dropped its decade-long sponsorship of Potter, along with four other athletes that were shown Base jumping and free-soloing. Clif indicated that the athletes’ degree of risk made the company uncomfortable. The energy-bar maker cut financial support for the athletes but continued to promote the film.

Potter made his home in Yosemite with girlfriend Jennifer Rapp and his dog, Whisper. Though his dog had accompanied him on previous jumps, she was not in Potter’s backpack on Saturday.

Potter first came to prominence in Yosemite in the late nineties, when he began making bold solo and free-solo ascents of many of the park’s classic rock routes. By the middle aughts, he’d elevated slacklining—tightrope walking on a piece of webbing—to an extreme art form, making safe crossings of such notable features as Lost Arrow Spire, in Yosemite, and the Three Gossips feature in Arches National Park. Many times he’d make these crossings with no safety tether.

Potter came under fire in 2006 after he free soloed Delicate Arch, in Arches National Park, a sandstone feature that appears on Utah license plates. After the Delicate Arch climb, sponsor Patagonia dropped both Potter and his wife at the time, climber and BASE jumper Steph Davis. Potter always maintained that the ascent was both lawful and respectful. “I was just climbing a beautiful rock that hadn’t been free climbed before,” he told me in February.

Potter continued to innovate in the world of extreme sports. In 2008, he climbed the 5.12 Deep Blue Sea route on the north face of Switzerland’s 13,020-foot Eiger with only a parachute on his back. He dubbed the sport free-basing. He also began crossing highlines using a parachute for safety.

Last year Potter and Rapp produced a film called When Dogs Fly that chronicled Potter’s adventures BASE jumping with his dog, Whisper. The eventual footage of Whisper, wearing goggles and cinched between Potter’s back and his parachute pack, became an online sensation, though some people worried about Whisper’s safety.