British climber Leo Houlding has started an attempt to make a first ascent on an enormous big wall in Arctic Greenland.  After a dramatic helicopter drop off, Houlding and crew have spent the last few days establishing a comfortable base camp and finding a safe approach through a complex glacier to the base of the Mirror Wall, a massive 1,200m high granite cliff.

In a Berghaus sponsored expedition, Houlding is leading a small team that hopes to be the first to complete a line on the wall’s north west face.  Situated in the rarely visited area of Renland, in north east Greenland, the Mirror Wall is huge, imposing and extremely remote.

Leo Houlding, 34, has assembled a team of ambitious young adventurers to join him on the trip.  He will share lead climbing duties with experienced South African climber Joe Möhle, 30, and 28 year old Matt Pickles, a talented sport climber from Todmorden, described as the “less manly cousin of well-known climber Jason Pickles”.  At 26, Sheffield’s Matt Pycroft is one of the rising stars of British adventure film making.  Pycroft, working with experienced climber and rigging expert Waldo Etherington, 27, from Dorset, will capture the expedition on camera for a series of short films. 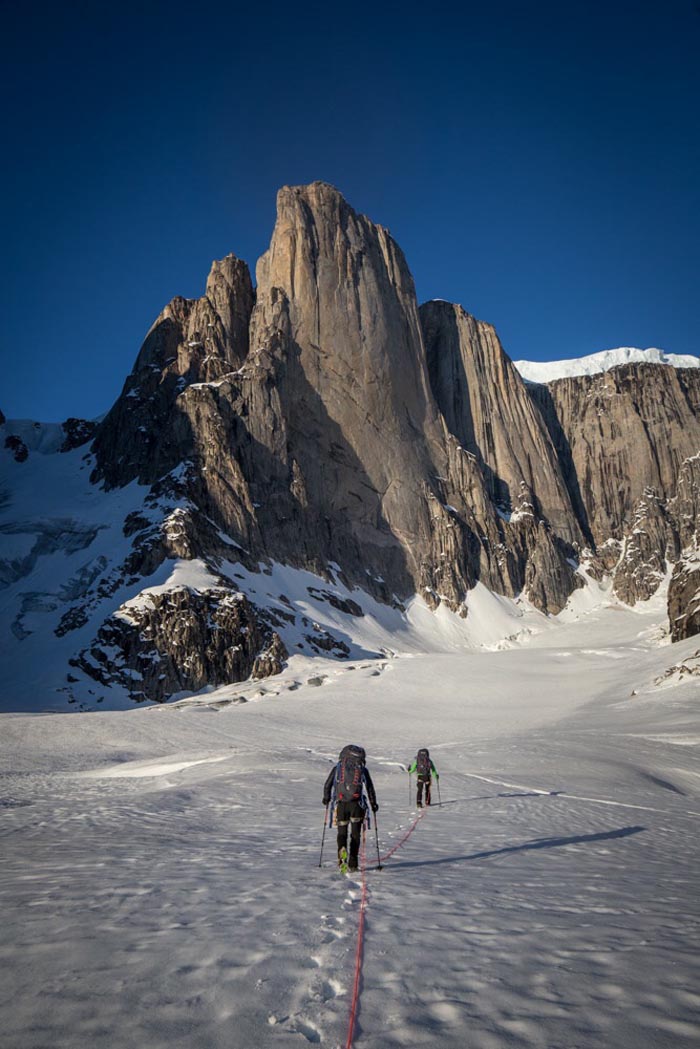 The Mirror Wall in all its glory. Houlding leads the charge, with Joe Mohel following close behind. Photo: Courtesy of Berghaus

Author/Photographer: Silvan Schüpbach.
Looking south across the Edward Bailey Glacier into the Alpine Bowl. Walls and summits climbed by the Swiss expedition marked. The flat-topped summit down and left from El Güpfi was climbed (via the couloir to its right) in 2008 by an Irish team. Peaks at the back of the Alpine Bowl were climbed in 2007 and ’08.

Read more about the Mirror Wall at Americanalpineclub.org