Clanwilliam, South Africa – About a three-hour drive north of Cape Town, South Africa, there is a region called the Cederberg Wilderness Area that is known mostly for its production of Rooibos tea.  But over the last 10 years, it has also gained attention for another economy-boosting activity: rock climbing.

Cederberg is now considered one of the world’s top 10 destinations for a form of rock climbing known as bouldering, which is performed relatively close to the ground, without ropes and with mattresses to cushion falls.

An area north of the Cederberg mountain range, aptly named Rocklands, is made up of thousands of boulders and rocks spanning more than 20 square kilometers. Petra Klingler of Switzerland, a professional boulderer who just won a world championship, is currently visiting the area for about a month.

“You have everything here — steep, flat, and for the grades you have boulders from easy to really hard boulders. Also what’s really nice is that from the whole world, [people] come here and meet, and exchange boulders problems, solutions for boulder problems,” said Klingler.

Hundreds of climbers from around the world come to Rocklands every year.  Many stay at nearby farms, which open campsites, cabins and stalls.  Most climbers stay between one and three months. 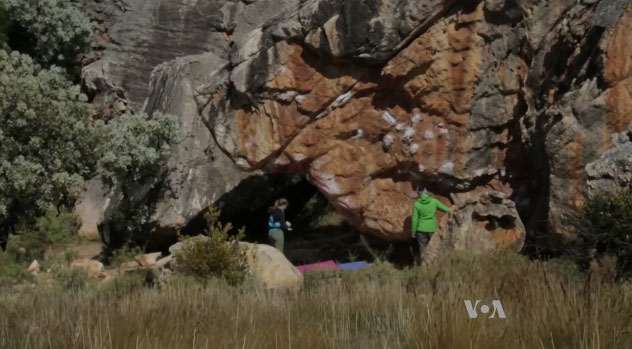 Click here to read the full report on voanews.com