After 8 months of working his project at Oorlogs Kloof in Montagu, Clinton Martinengo has sent his ‘Seamstress’ Project (yesterday).

Clinton established the crag back in 2013 when he put up Seamster (29/7c+) and then The Tailor (27/7b+) in 2014.
Getting to the crag requires a bit of effort and there are fixed lines in place to protect the exposed walkup (bring jumars if you have!).
With this in mind, Clinton had the additional task of finding belayers (who were prepared to put in the time and effort) and in the end it was his girlfriend Lisa who gave the golden belay 🙂

Given the grade and difficulty of finding belayers who were willing to go the distance, it took Clinton a few months to send this one.

Grade:
The route is already published in the latest Western Cape Rock as 34/8c (which is what Clinton reckoned it would be at the time of publishing).  Naturally Clinton will wait for further repeats and see what grade consensus is given. 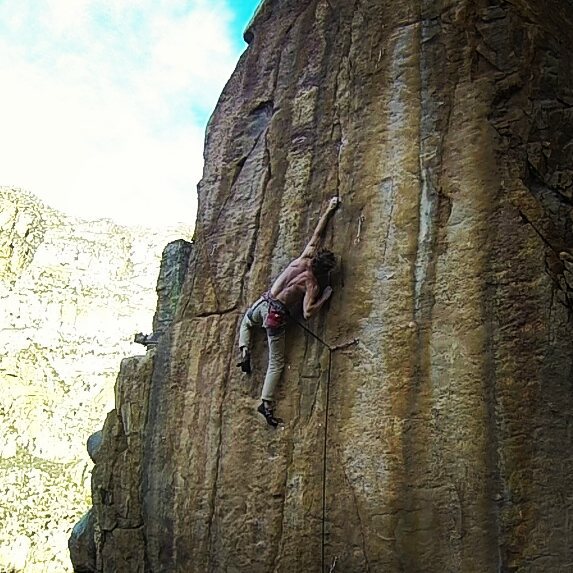 The lock off of all lock offs. From one two finger, first digit triangular edge to an even worse two finger, triangular edge. This is only the intro to the crux section that keeps coming at you for two more bolts. This comes after five spaced bolts of hard, crimpy 7c climbing with no real rests.
After 8 months going there as often as possible the first ascent is starting to feel imminent.
Thanks to @__deepseababy for all the endless belays, and to every one else that has come out to belay so far. 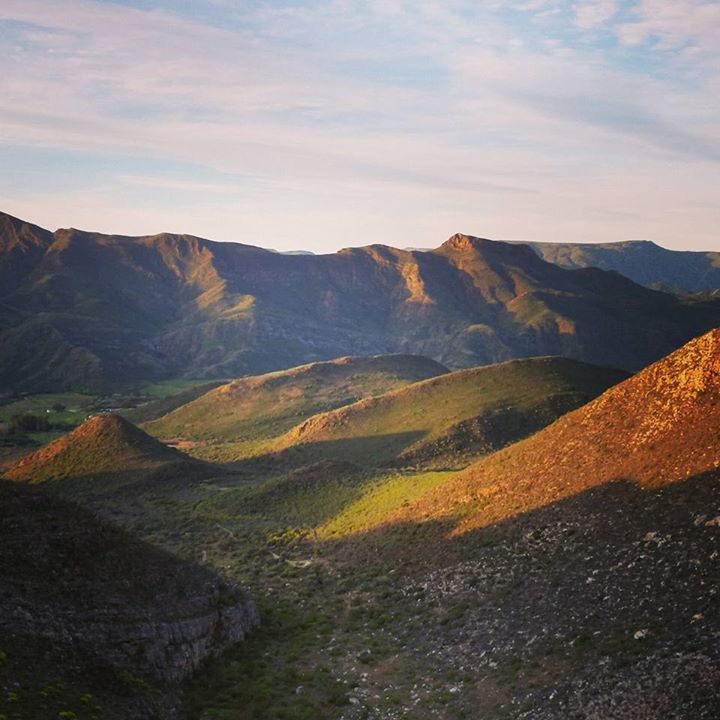 Psyched about opening The Seamstress but a bit sad to say goodbye to this view that I have come to know so well.