You had an injury of late, what happened, how was the recovery?

Almost exactly a year ago actually.  I was working The Megalomaniac (8c) at Chosspile.  At the time it was still a project and I was just getting into it.  The beta that Ebert was using required a left foot in a heel-toe cam around which you pivoted your body 180⁰.  The result of it was a very loud popping sound, followed by screams of agony.  There was still the walk back to the car to contend with.  At least Ebert was kind enough to carry my pack down for me. 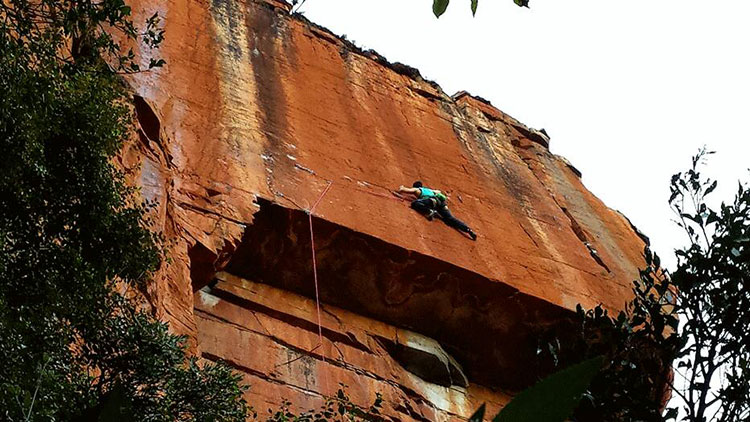 The traverse of Rolihlahla at Waterval Boven

Did you manage to do any climbing training whilst you were injured?

The first three months were completely useless, I was not motivated at all.  In fact, I was downright depressed.  The only thing that balanced me out was the fact that I was a newlywed.  I was on crutches at the wedding and then we went on our honeymoon to Germany and Austria, which was awesome.  The only problem with it was that I was supposed to be snowboarding, not hobbling around on crutches.  Sad times. 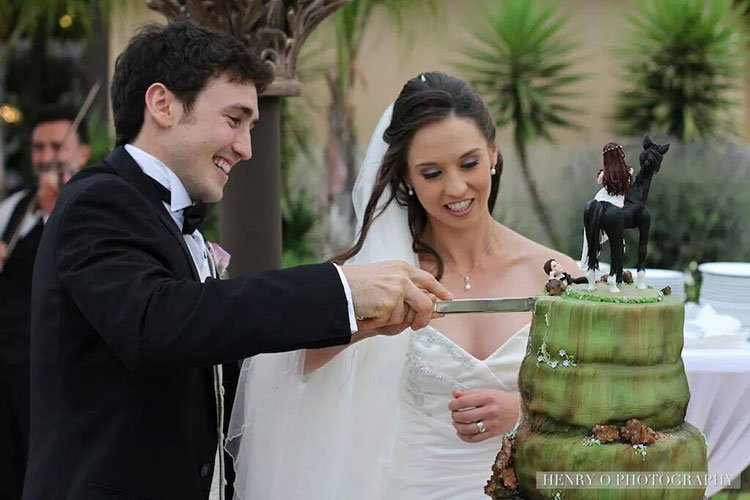 Does your injury affect you when you climb?

My recovery took me about 5 months till I was back on rock.  Don’t tell my surgeon.  I wasn’t supposed to climb for 9 months.  I was very cautious about the style of climbing and the routes I was on.  I made sure that I was climbing very straight on to ensure that I wouldn’t twist my knee in any funny direction, undoing the fantastic work on my knee. 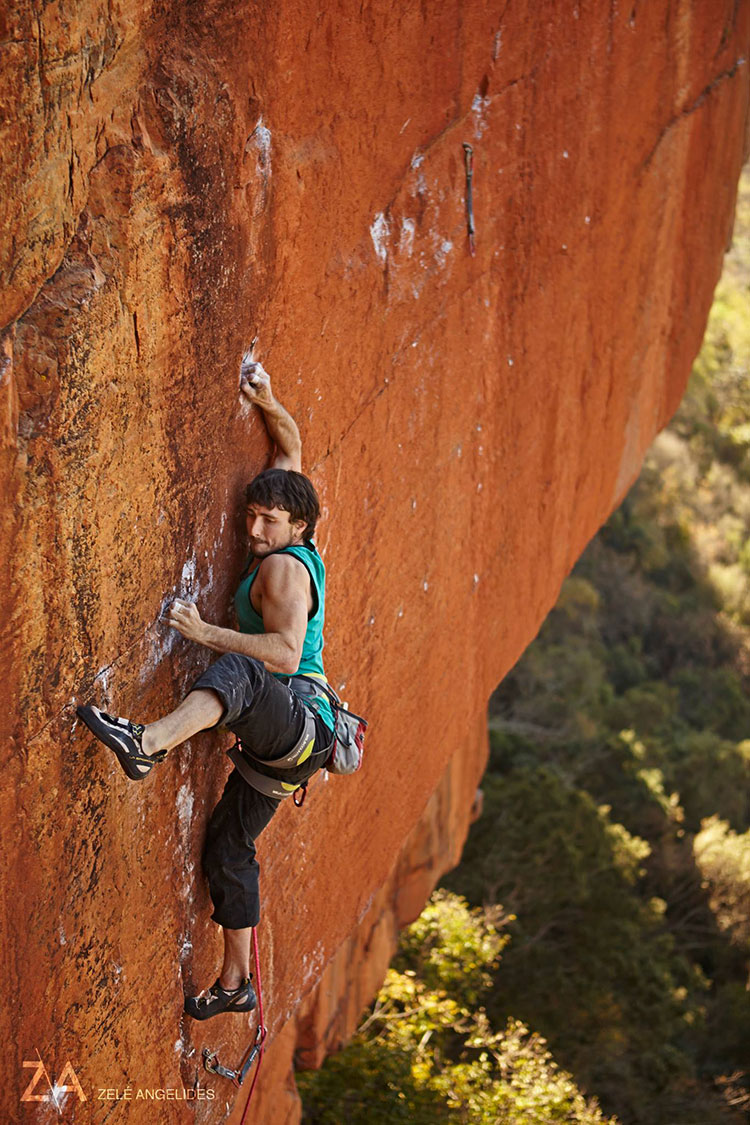 The crux of Roli

What work do you?  Where do you work?

I work in market research for a company called Nielsen.  It’s the largest market research company in the world.  The work I do is primarily around analytics.  In a nutshell, I take data from point-of-sale transactions at grocery stores, analyse it and give the insights to the manufacturers.  This assists them to plan the strategies going forth.

Where are you based?
I’m based in Johannesburg.  I live in Midrand, which is between Pretoria and Johannesburg; but I work in the South of Joburg.  About 55km each way.  Makes for a long day when you get stuck in traffic both ways.  Luckily there’s a great little gym on the way home that I often stop off at… 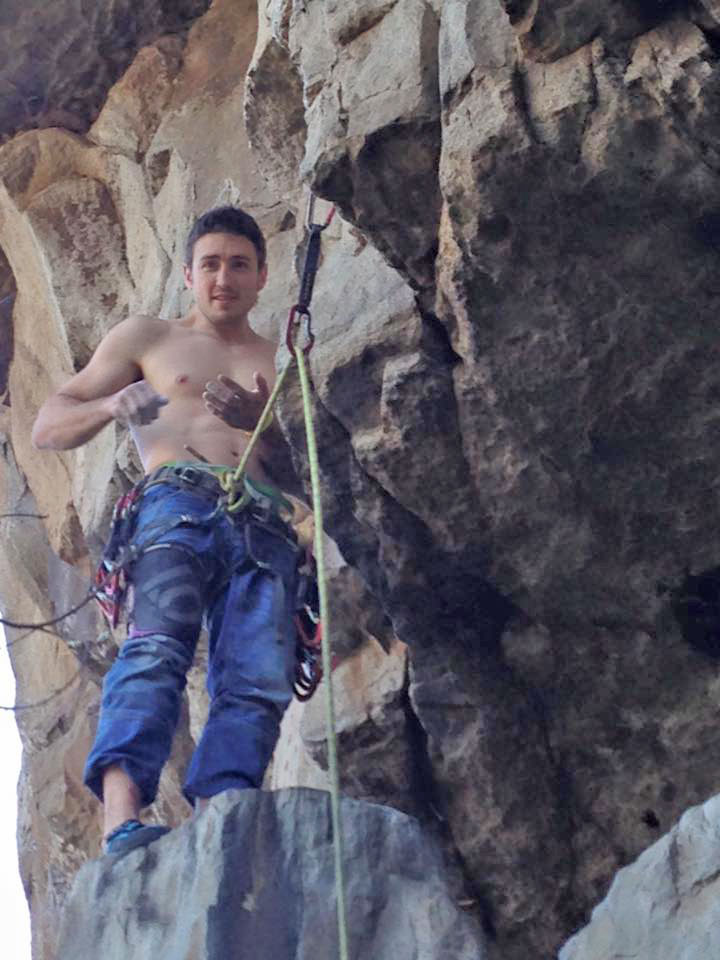 The Beginning of Thunderstrike (7b+)

How old are you?
I just turned 31 last month, was another shock to the system!

Congrats on the recent send… When did you start working the route?  How long in total (did you work the route)?

I started working the route very briefly when Paige Claassen was here, two years ago.  Just went up it once at that stage.  It was last winter when I really sank my teeth into it.  I think I spent 3 weekends on it last year before I wrecked my knee.  I felt like I needed just one more weekend to get the ascent last year.

This year, it took 3 weekends to finish it off.  It was really special to piece it all together. 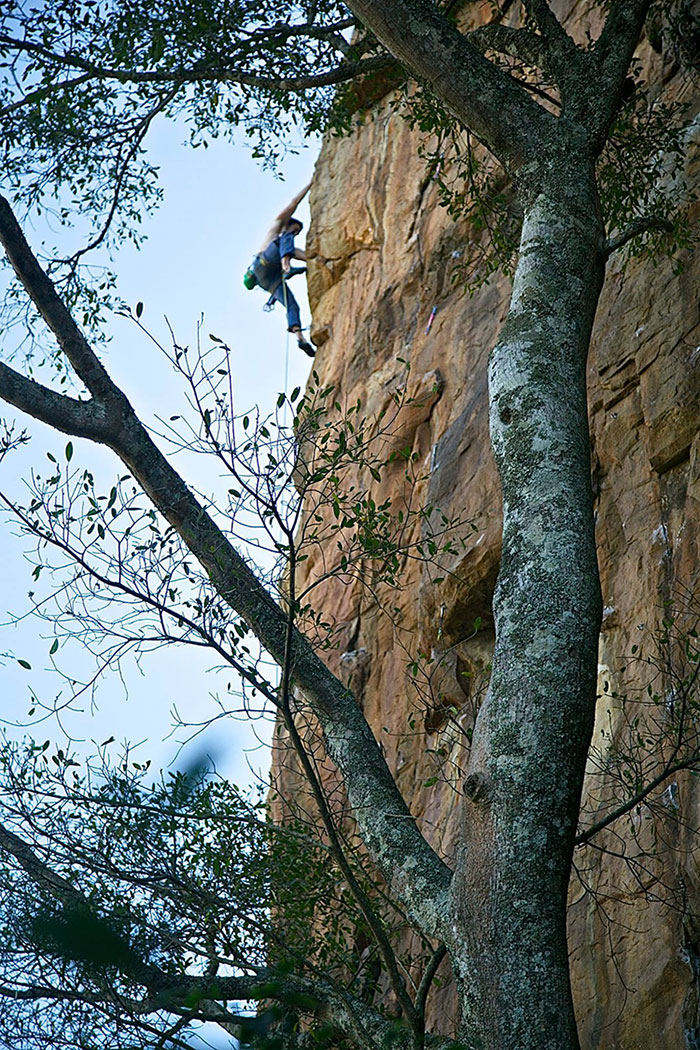 What was the crux of the route for you?

The crux of the route was definitely the tiny feet and crimps, with long reaches in between.  I was really quite nervous about the real crux move, which involves a high left foot and big reach to a hold that is ok, but not fantastic.

What’s up with the naming of the route?  Sasha called it Rolihlahla, but you refer to it as the original project name?

I did log it on my 8a.nu scorecard as Rolihlahla.  Honestly, I’ve never liked the name.  It doesn’t fit the theme of the crag.  Overlord was an awesome name and I think locally it’ll always be known as Overlord.  Well, at least till Andrew opens his new line “Return of the Overlord”.  Ha ha ha. 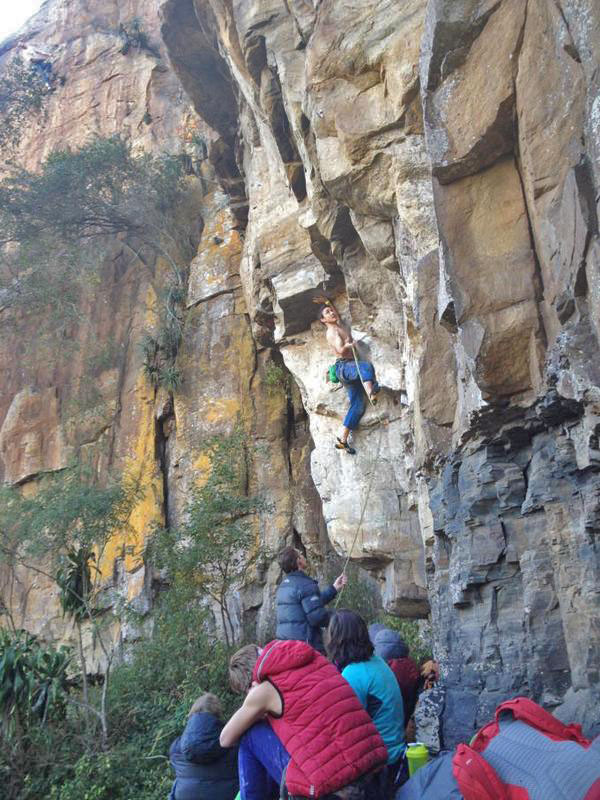 What other routes have you sent lately?

Apart from my onsighting spree down in Umgeni, I haven’t sent anything else that is hard recently.  I did onsight a 7c there called Hyper Diamond, and a few 7b+ routes.  It’s been a bit of a struggle.  I was really close on Shadowfax (8b+), again.  Then the temperatures took an unexpected turn and warmed up.  So I abandoned that one for the season.  I’ll be ready for it next year, from the beginning of the season and not right at the end.

Was really close on Aqualung (8b), Stormwatch Direct (8b) and a few other lines.  In fact, I broke one of the lines I was on recently.  I was on Backcountry Butcher (8b) and I broke off the crux hold.  I had to buy some sica to fix it.  Sent it this past weekend!!!  However, this made me get back on Rodan (8b+) and for the last 3 weeks I’ve been working it intensely.  Last weekend I almost hit my old highpoint. 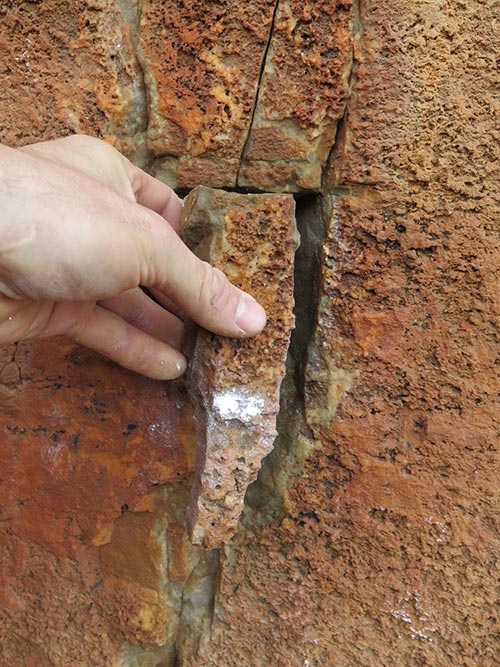 Are you still climbing trad?
Funnily enough, the first weekend I was back on rock was on gear.  On toprope, but on gear.  I jumped on Boa Rodeo (8a) in Boven recently but kinda got spanked.

Have you climbed overseas recently?  Are you planning any trips?
I’m heading to Spain for a month over December.  Going to be based in Siurana.  Heading over there with my friend Grivin, he’s about to finish Matric now.  He’s a strong kid!  Did his first 8a+ and first 8b on the same day!  Can’t wait to see how he does on the Spanish limestone.

If you could take a trip anywhere to spend a month climbing, where would you go??
Definitely Spain.  After that, maybe Red River Gorge and the Monastery in the USA.

What’s next?  Any projects in the pipeline?
The big thing on my mind right now is Rodan.  Once I tick that one it’ll be Sheer Force (8c), a line that Kilian Fischuber opened last year.  Andrew Pedley and I were getting close on it before I hurt my knee.