You are here: Home › The 2016 National Boulder Series Championships
Posted by Delaney Carpenter on Apr 28, 2016
1

With the incredible buy-in and support of South Africa’s second largest Indoor Climbing Gym, namely CityROCK Indoor Climbing Gym in Observatory, Cape Town, the stage was set to witness 62 competitors from across the country take part in this year’s National Boulder Event. 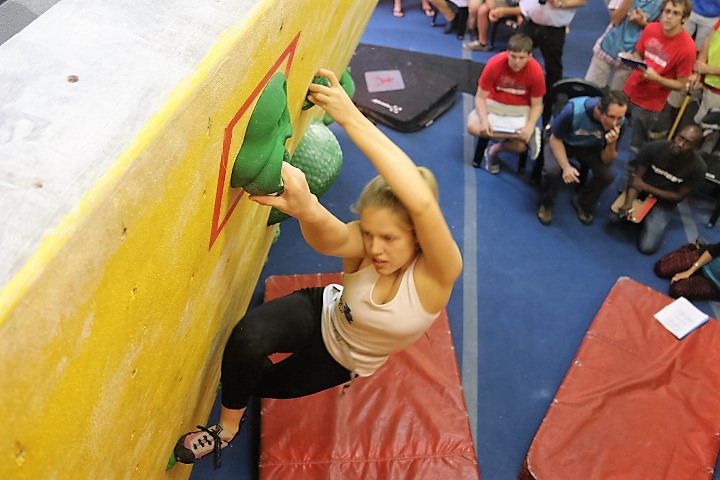 While in isolation on the Saturday and Sunday, climbers could be found lounging around in the cool breeze coming in through the open door into the isolation area, fondly known as Area 51 by the local CityROCK clients. 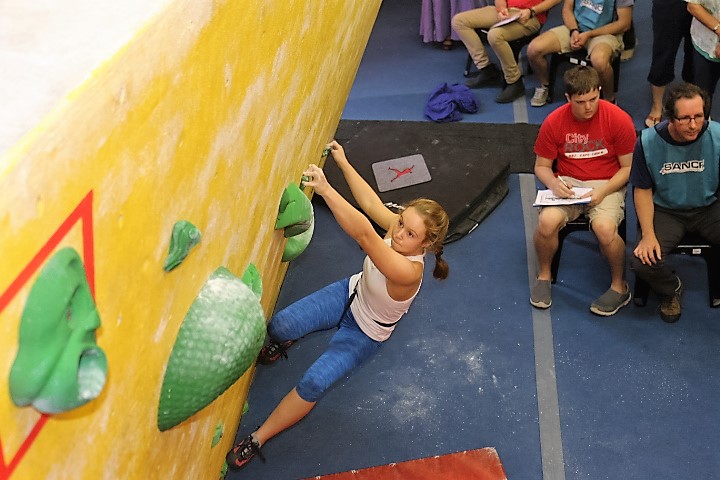 Shanay Meintjies in the U17 girls prelims

Hats off to the great route setting that occurred before and during the event. Chief Route setter, Kent Jennings, and his team of route setters spent the entire week leading up to the event setting routes and stripping the walls of the gym.  It was incredible to see how much work, deliberation and basic hard labour goes into the setting and stripping of routes. 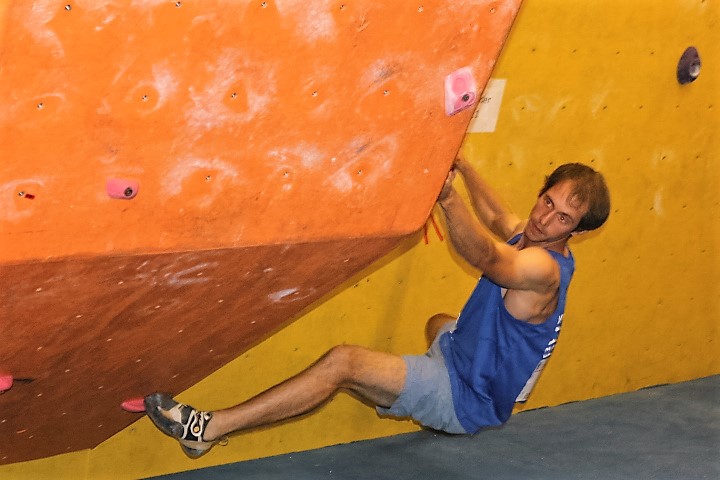 Each boulder problem that was climbed was allocated one Judge and one Scorer.  These two persons were responsible for accurately capturing which climber got the most top and bonus holds in the 5 and 4 minutes for semi-final and final boulder problems respectively.  The score sheets were taken to the Scores Analyst and the Chief Scorer to be entered into a Scoring Spreadsheet which would calculate and ultimately rank the climbers after each climb.  The Jury President had the final say before the results were published. 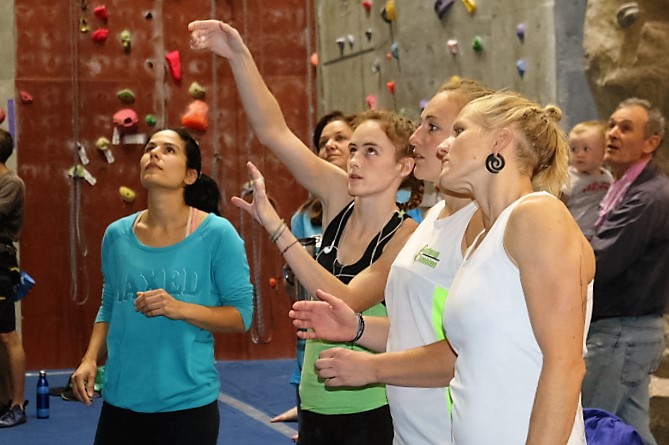 The ladies suss out the beta

The competition ran very smoothly and efficiently and any queries or issues that arose throughout the event were dealt with timeously and fairly, ensuring a successful, streamlined and entertaining competition for all involved.  The running of the event was largely and almost exclusively due to the officials, namely: 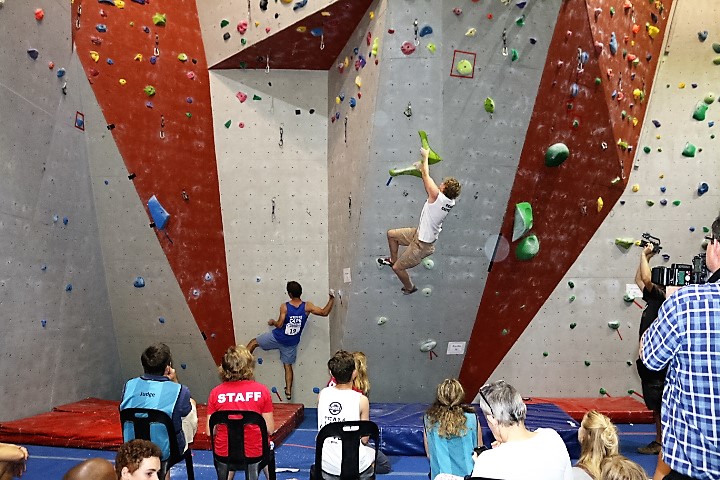 Benj De Charmoy and Evan Margetts in the men’s finals 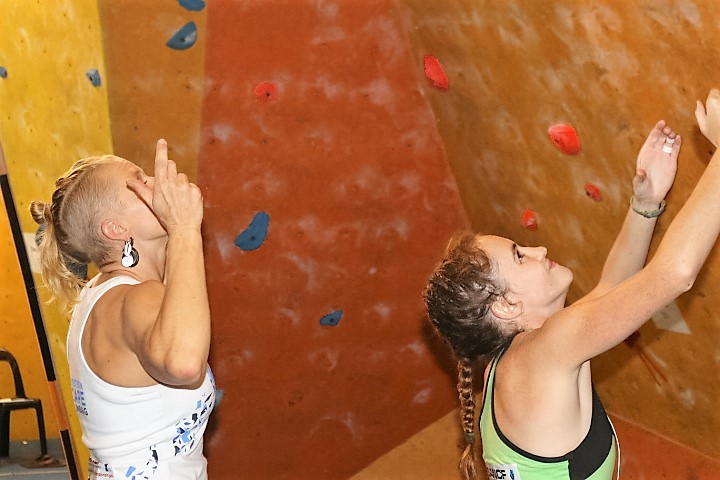 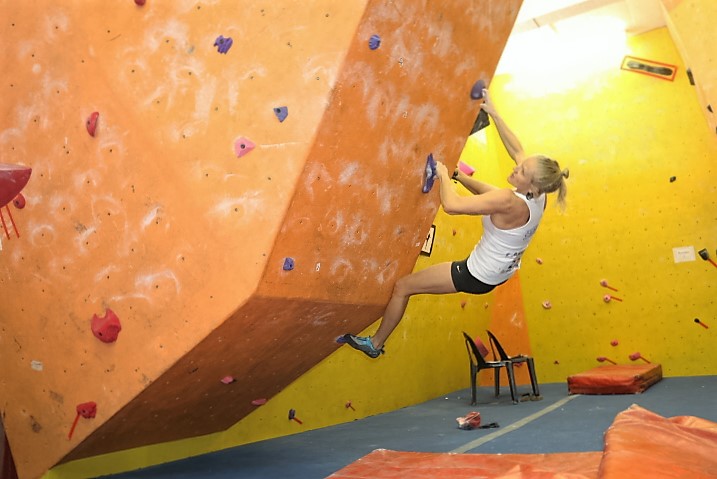 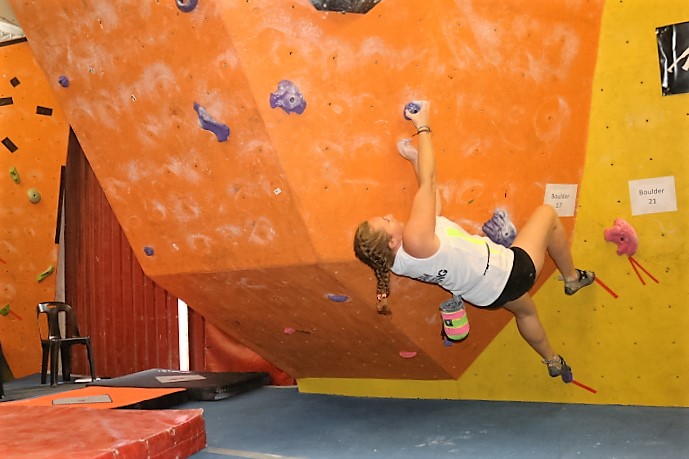 Kirsten Roberts in the ladies finals 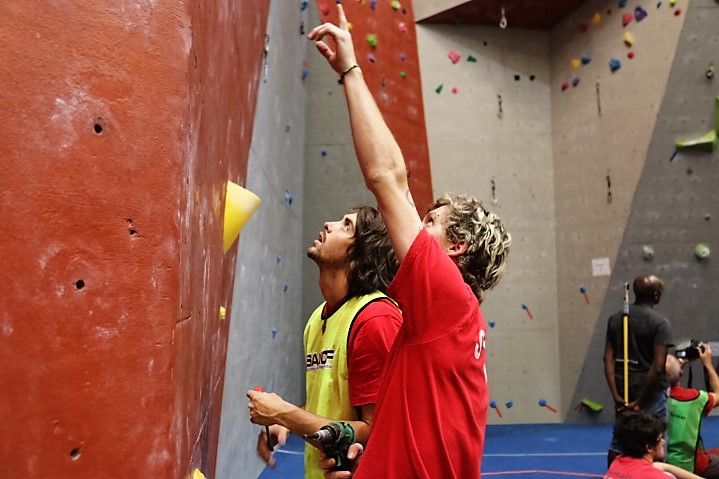 Route setters David and Kent who made this comp excellent 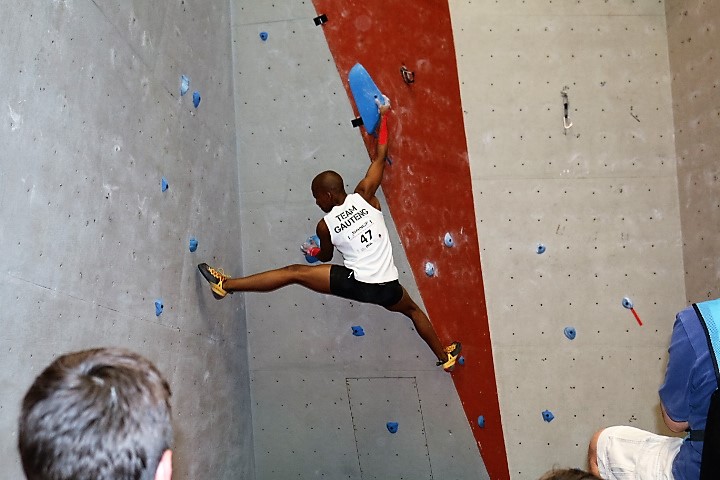 Katlego Pobe (KP) in the U19 boys final 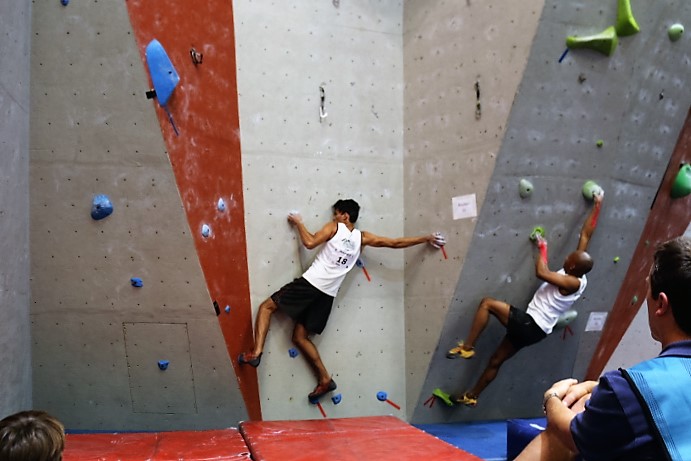 Kim and Katlego battling it out in the U19 final 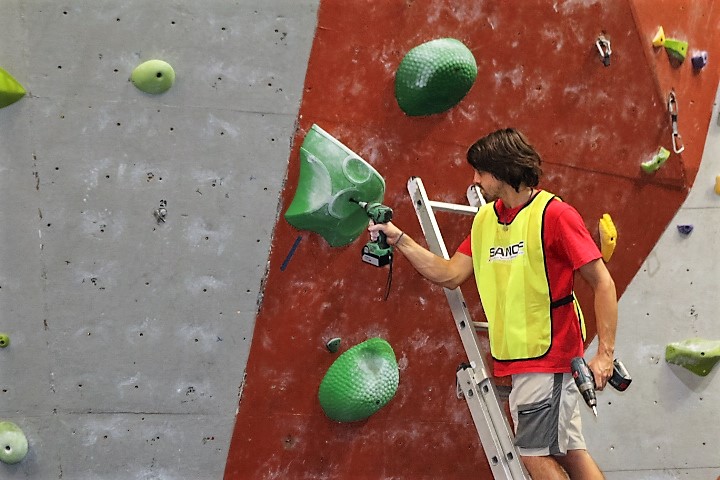 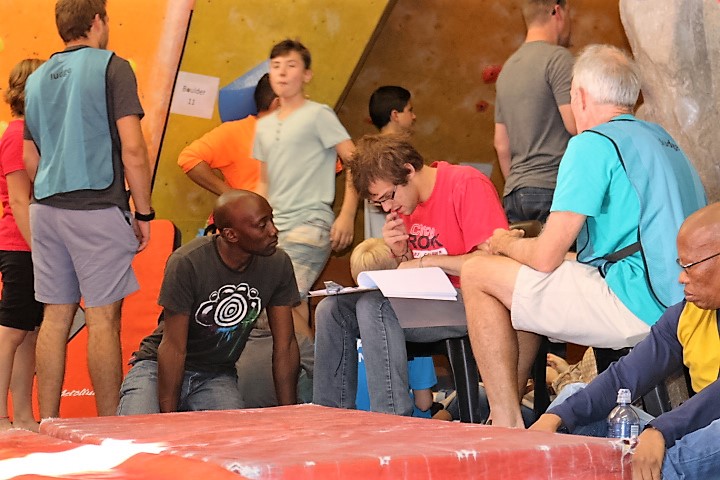 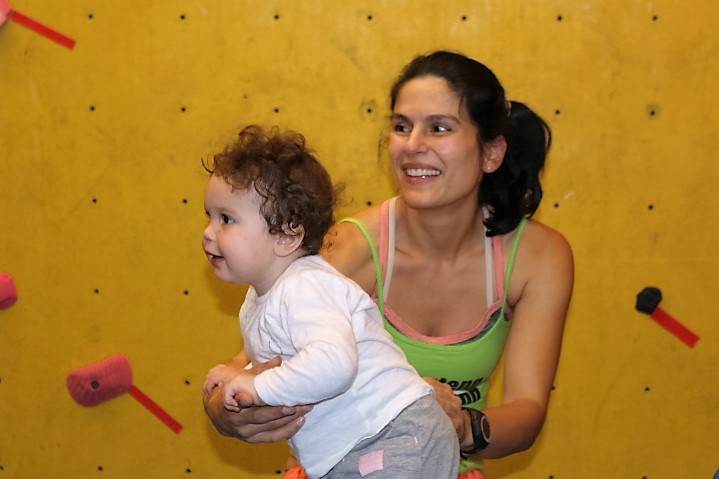 Naureen showing us she can crush and be an awesome mom 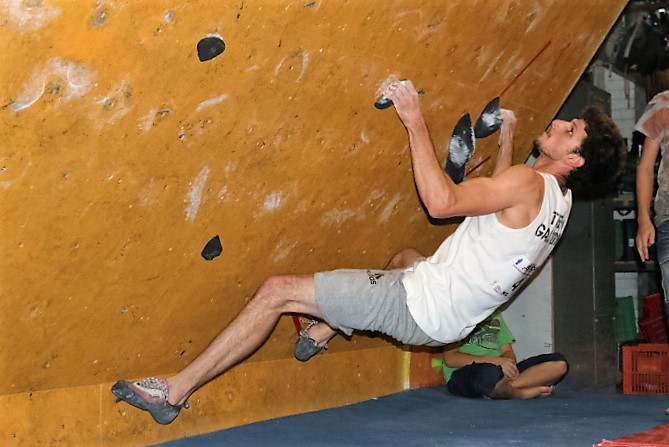 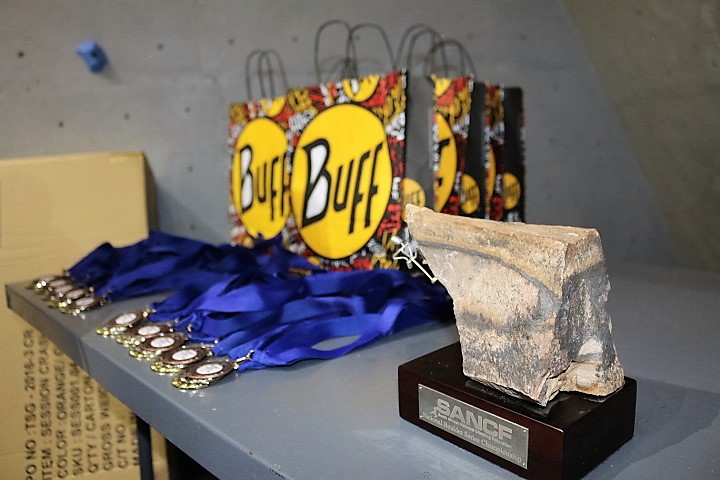 Prizes for the winning athletes 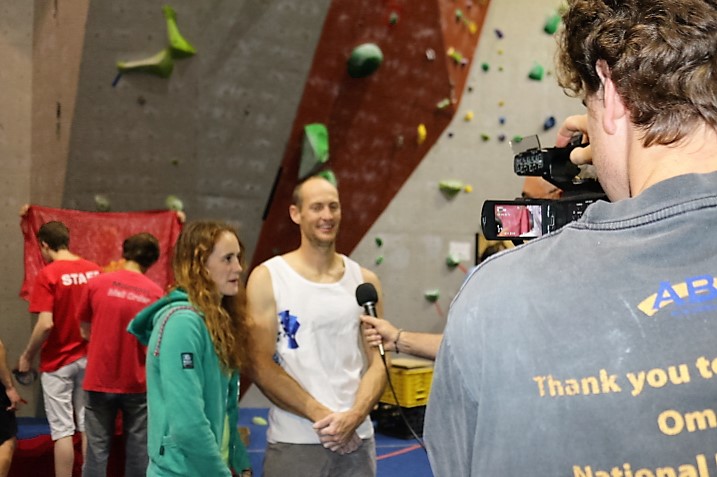 The winners getting some camera time.

A huge thank you must be given to all our sponsors, particularly those who contributed the most. These events are very expensive for all concerned and without the sponsors, the calibre of these National Competitions will be low.  Western Cape Climbing has been very fortunate this year to have had such immeasurable support from our sponsors.  Much appreciation is given and we cannot thank you all enough for your contributions. 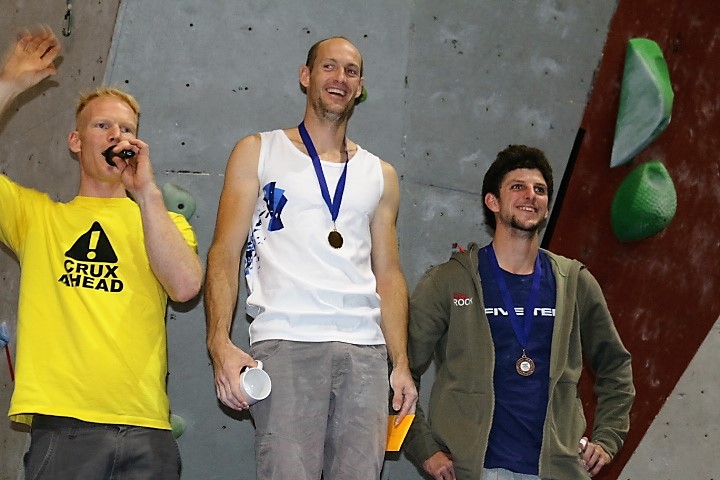 One Response to The 2016 National Boulder Series Championships