You are here: Home › Trad Climbing Exchange between SA and UK
Posted by Justin Lawson on Apr 21, 2016
0

Rock climbing, which includes traditional climbing, sport climbing and bouldering is one of the best ways to experience the Western Cape’s natural heritage, is fast becoming a popular recreational activity in the country.

So much so that the MCSA recently welcomed members of the British Mountaineering Council (BMC) for a 10-day climbing tour of the country. Starting in the Cederberg Wilderness Area, the teams climbed together and shared knowledge and experiences of this rapidly growing activity.

Their itinerary included the world-famous Wolfberg Cracks in the Cederberg, Table Mountain in Cape Town and Blouberg in Limpopo Province.

The visit formed part of an exchange with the BMC which will also see 10 MCSA members visit Wales and the Peak District in the UK towards the end of April, “to solidify friendships and further their climbing skills.

Dressed in full 80s retro gear, just for the fun because that’s how they roll, we caught up with them at the foot of Table Mountain. Take a look, it may just start a whole new travel adventure for you..

Says Dr Edmund February of the MCSA, “Our country has plenty of world class rock climbing, from Table Mountain in the south to Blouberg in the north and this platform provides a great opportunity to showcase these products to an international audience. The United Kingdom has a long history of traditional climbing, and there is much that the local team can learn from their British counterparts.”

According to February, a similar exchange was hosted in 1998 and it was widely reported that there was a noticeable increase in the development of local rock climbing.

Having recently been awarded ECO Certification by Ecotourism Australia for products at the Kogelberg, Goukamma and Robberg Nature Reserves, CapeNature says it is actively leveraging the natural heritage in the Cederberg to provide meaningful experiences to local and international visitors to the area.

CapeNature’s Rocklands site, near the Kliphuis campsite in the Cederberg is widely considered one of the top bouldering areas in the world. 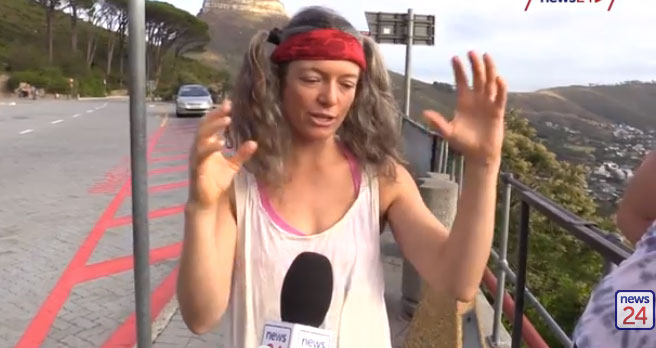