You are here: Home › New Study Shows Rock Climbers Spend $3.6 Million a Year in Red River Gorge
Posted by Justin Lawson on May 5, 2016
0

The study indicates climbers are a substantial economic force in the Red River Gorge, contributing $3.6 million annually. It also indicates that climber spending directly creates jobs and contributes to the local and state tax base.

The study was conducted in one of the most economically challenged areas of the United States—a six-county region including Estill, Lee, Menifee, Owsley, Powell, and Wolfe counties. Some of these counties are ranked among the poorest in the nation, with Owsley county at 3, Lee at 11 and Wolfe at 14. Two of the population centers in the study area—Beattyville and Clay City—are ranked 3 and 62 respectively on the nation’s 100 lowest income places.

Conducted during the 2015 spring and fall climbing seasons, the study’s findings are based on surveys from over 700 climbers. Surveying took place at 95% of known public and private climbing areas in the Red River Gorge, including Daniel Boone National Forest, Muir Valley, Pendergrass Murray Recreational Preserve, and Miller Fork Recreational Preserve.

This study clearly indicates that rock climbing can be a strong economic driver in rural areas. The study recommends increased access to climbing on public land, using rock climbing as a renewable economic resource and supporting a climber friendly environment in the Red River Gorge area. 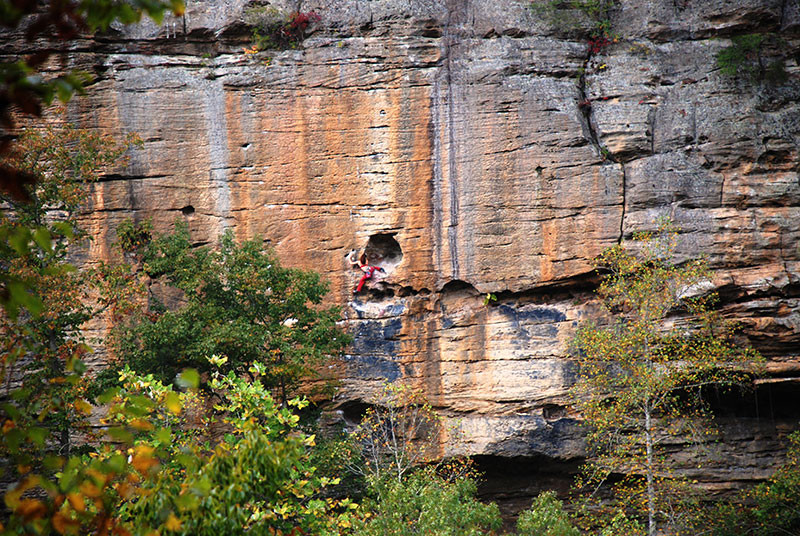