You are here: Home › Skoorsteenskop mugger behind bars.
Posted by CityROCK on Aug 13, 2016
0

Thanks to Hilton Davies , one of the Skoorsteenskop muggers from last year is now firmly behind bars.

It did involve a lot of perseverance, reporting the robbery to SAPS, and going to court to testify. But in the end one of the bad guys is going to spend 12 years in jail.  No idea how Oscar got only six years for murder, but I guess that’s another post. 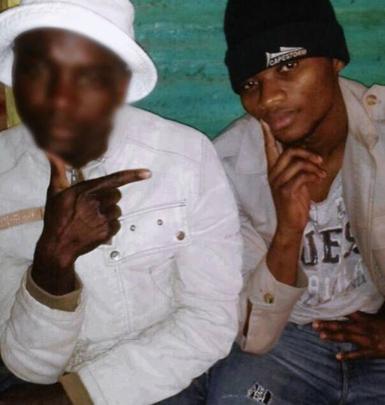 Siphelele Ntebe, pictured on the right, updated the profile picture on Hilton Davies’s WhatsApp to him and a friend shortly after mugging him on Skoorsteenkop.