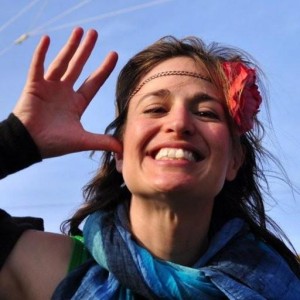 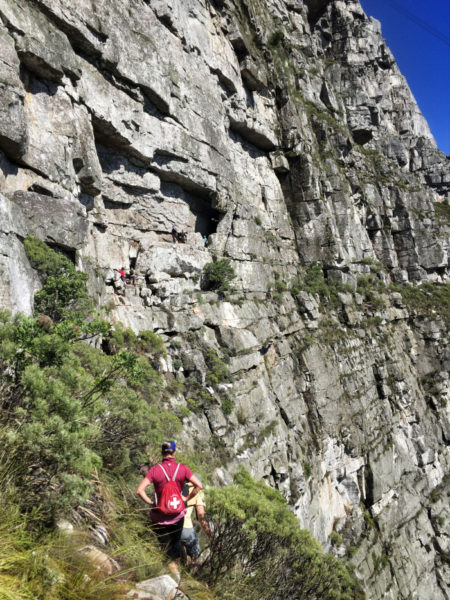 Table Mountain is like a lover you’ve lived with for 17 years.  Just when you think you know her so well you’ve become a little bored with the relationship, and are actually planning to cheat on her with some other, more fabulous mountain (*ahem, Everest*), you discover an aspect of her that’s new and exciting and makes you realise that you still have a lot of exploring left to do.

Which is a long and flowery way of saying that we took a new route up the front of Table Mountain, and it was quite spectacular.

This route starts at the same place as the Platteklip Gorge trail, but turns right onto the contour path, which you follow until you reach what you think might be Union Cave.  Then you go up what you think is Yellowstone Gully, before realising it’s actually Union Ravine (because once again, Alison was doing a terrible job of leading from the back and the point where the path splits off to the right isn’t very clear), so then you have a big debate about whether to keep going up Union Ravine and decide that as much as it galls you, since you didn’t bring a map that shows where Union Ravine ends up, you should probably go all the way back down and then bundu bash across to Yellowstone Gully, where you can actually see four old ballies pointing (and probably laughing) at you from their privileged position on the correct path.

From Yellowstone Gully, you meander up to what you think might be Andy’s Cave (where you fill your water bottles) making optimistic predictions that ‘very soon there will be some flat’ and hopeful promises that ‘it’s not all uphill’.  Until you eventually reach the traverse and hear maniacal laughter echoing across the cliffs from ahead of you.

This turns out to be coming from a group of 10 hikists coming the other way who are doubled over by their friends’ struggles to squeeze through what turn out to be some extremely narrow cracks at the exits to two crazy tunnels of rock that nobody would ever dream were there.  How the guy with the big beer boep ever made it was a matter of considerable conjecture.  (We were all fairly skinny and still had to suck in our stomachs.)

And then you’re through, and joining up with good old India-Venster, right where the cable car tries to whack you on the head as it whizzes past, but even though it was just that one splendid stretch of traverse, it’s enough to leave you all buzzing and happy.  Well, except perhaps for the poor Peruvian, who had to admit that Capetonians are crazier than Limans.

Duration: 4 hours (up only)

Parking: Leave one car near the Cable Car Station (if you can find parking) and drive another to the start point of the Platteklip Gorge Trail

Remember: To bring money for the cable car ride down. It’s R125 for adults – or R100 if you have a MyGreen Card (which I keep punting, but still haven’t managed to arrange for myself). If you are feeling hardcore, just go down India Venster.

Post-hike eating: Castle Lite and crisps at the restaurant at the top, plus whatever you packed in your backpack. (They charge tourist prices up there, so you don’t want to go too crazy. It’s R48 for a beer, but SO worth it!)

All the little overhangs with water plummeting over them like bungi-jumping crystals
The absolutely perfect weather.
Getting lost and then getting found. (Thanks old ballies – without you to show us where the proper path was, we’d probably still be up there somewhere.)
Relaxing in a shady cave on soft grass while we waited for the 10 hilarious hikists to squeeze past us.
Those tunnels. Seriously, who would have thunk it?
The anti-highlight: standing in the long queue for the cable car down. So eeuw after such a wild hike. 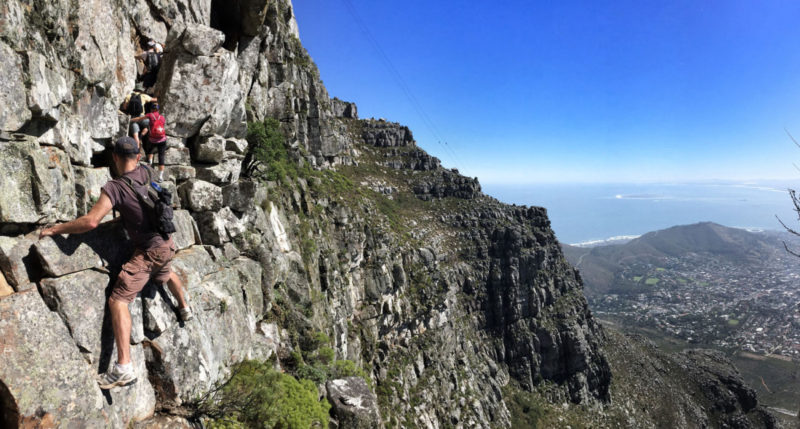 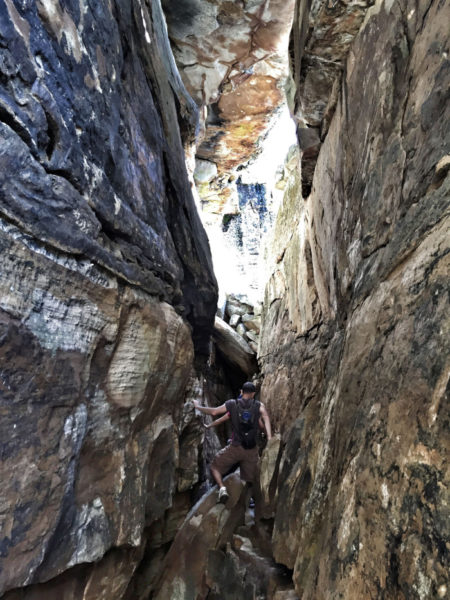 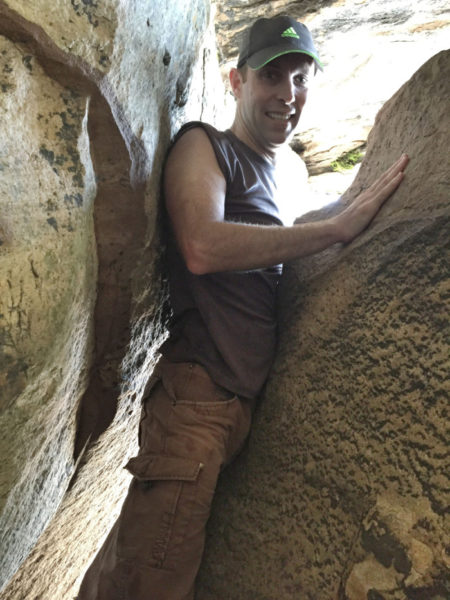 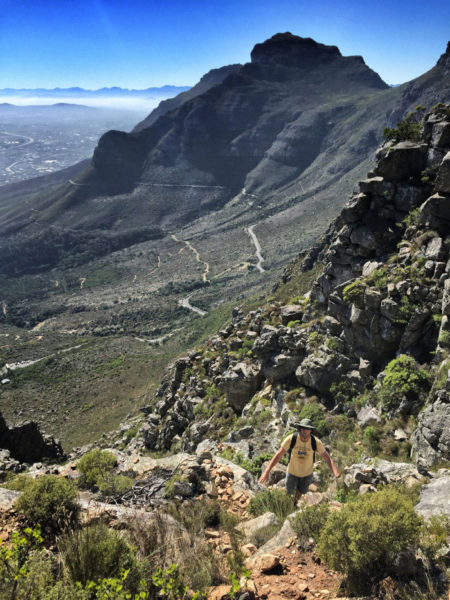 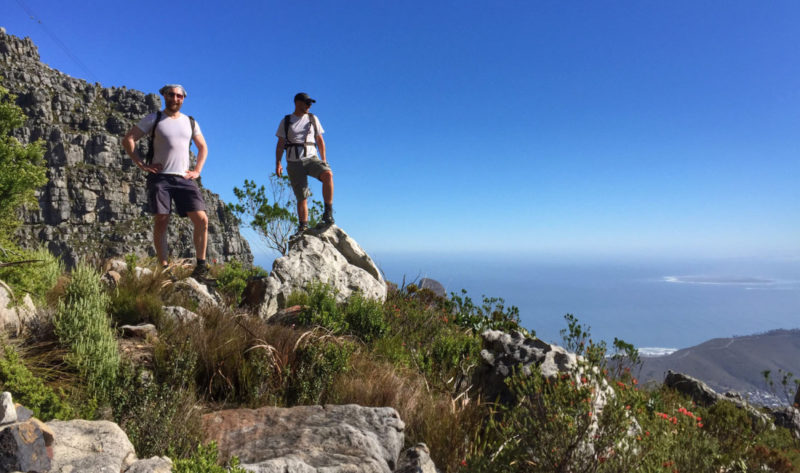 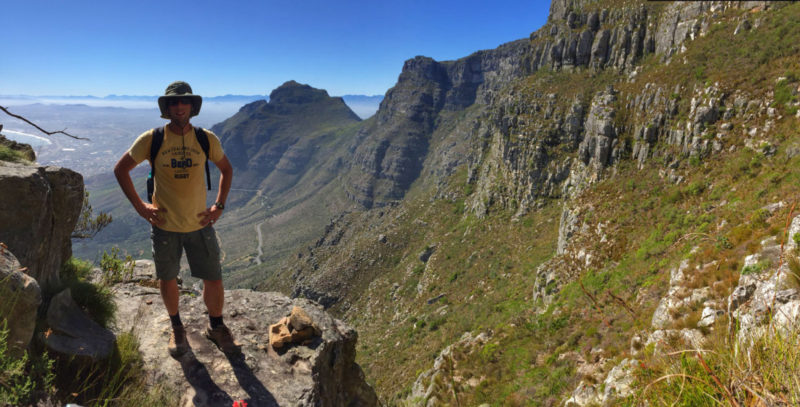 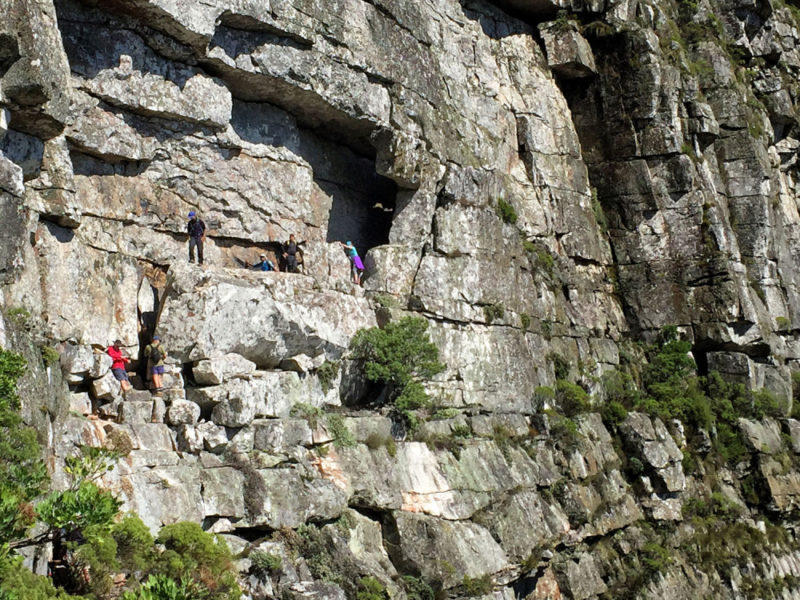 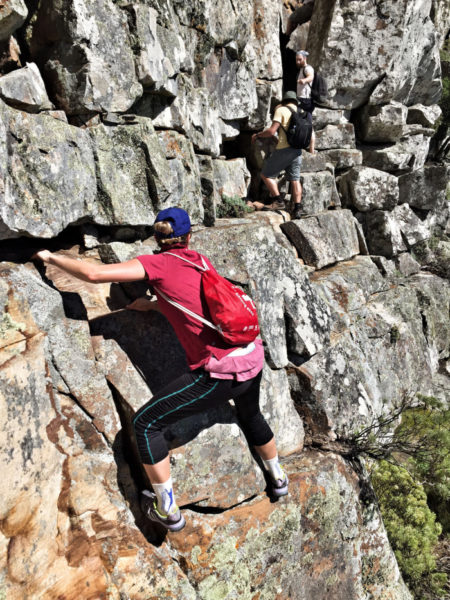 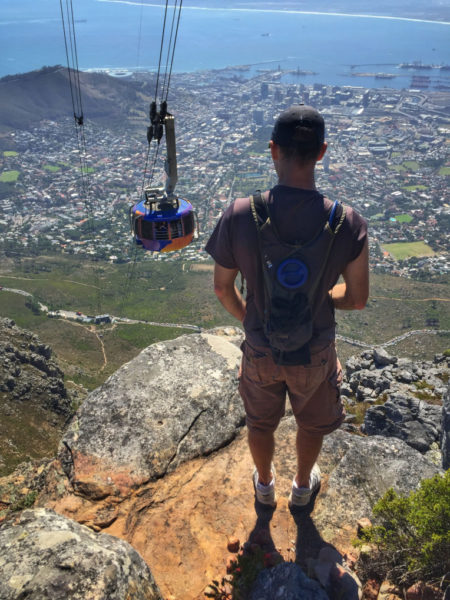