Many are the occasions on which I have stood at the summit of Devil’s Peak and gazed longingly down at what I thought was the Mowbray Knife Edge.
I’d been told it was both spectacular and dangerous on windy days, as the ridge becomes so narrow and so high at that point, that you could be blown right off it to your Doom.  Since it’s usually windy on Devil’s Peak (which was, in fact, originally named Windberg) the right moment never seemed to arrive to try it.

Until now. Funnily enough, nine other people appeared to agree with me, so we all met in the parking lot at Rhodes Memorial (by the tea room) at 7.30 sharp.  Except for Henri, who arrived quite a while later. By then we were halfway to the King’s Blockhouse, leaving just Jonathan, his exceptionally faithful friend, to wait for him.  Yes, there is a new 52hikes rule: we start when we say we will.  No more waiting for chronically late people *cough Angela*.)

I’ve always prided myself on the fact that I somehow return with as many hiking companions as I started (and that some of them even agree to hike with me again).  But that proud record came to an end on this hike.  For, it was at the Knife Edge that we lost two of our company.

Henri unfortunately ‘ad a ‘eadache, probably from running up the hill to catch up with us, and Arshvir, my Indian guest, had never been hiking before, and hadn’t quite realised how many heights would be involved.  So they both decided to turn around just after the Knife Edge, at Minor Peak.  There’s an easy route back down to the Rhodes Mem parking lot from there. Which is good to know if you don’t feel like doing the full 6.5 hour hike.

The rest of us (with the possible exception of nine-year-old Ollie) were pleased that we’d continued, however.  The direct route up Devil’s Peak was an exciting change to the usual old Saddle route, and even offered a few getting lost or killed opportunities.  It was only about halfway down Newlands Ravine that it all started to feel like a bit of a slog, but fortunately, the forest was shady and we could stick our heads and feet in the stream at the bottom.

Sure, this hike may be a little on the hectic side, but if Ollie can do it, you probably can too.

Trail directions we used: On pages 99 and 101 of Table Mountain Classics by Tony Lourens

Parking: Leave one set of cars at Rhodes Mem and another at Newlands Forest.

Remember: If it’s going to be a hot day, start early.  There’s no shade on this route until after Minor Peak.

Post hike eating place: Forries. Again.  But this time they didn’t have veggie burgers. Boo.
Highlights of this hike 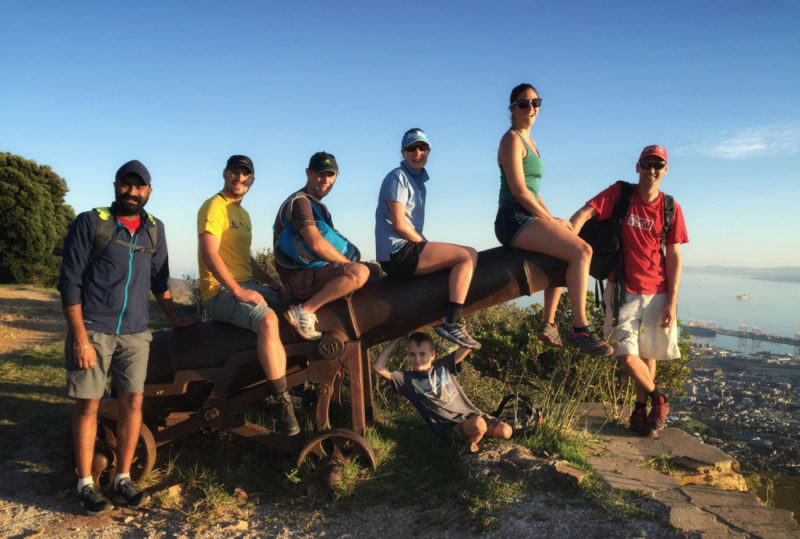 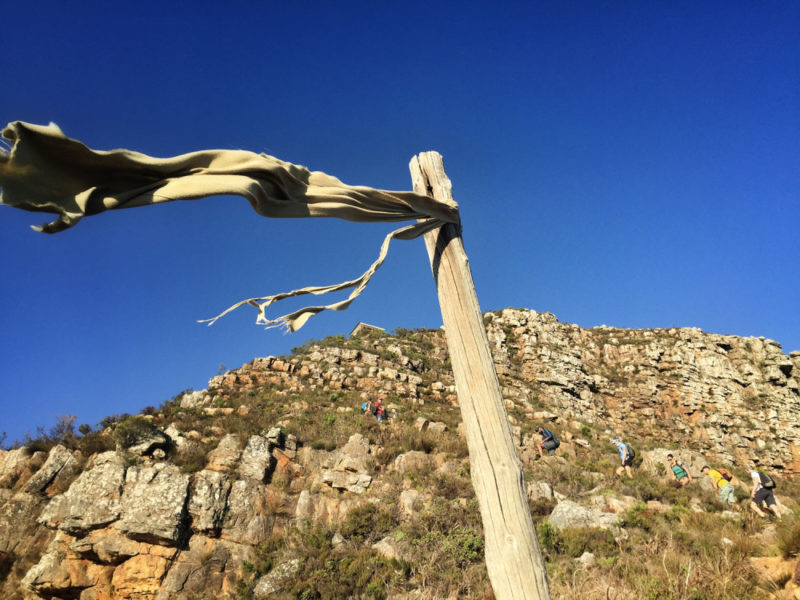 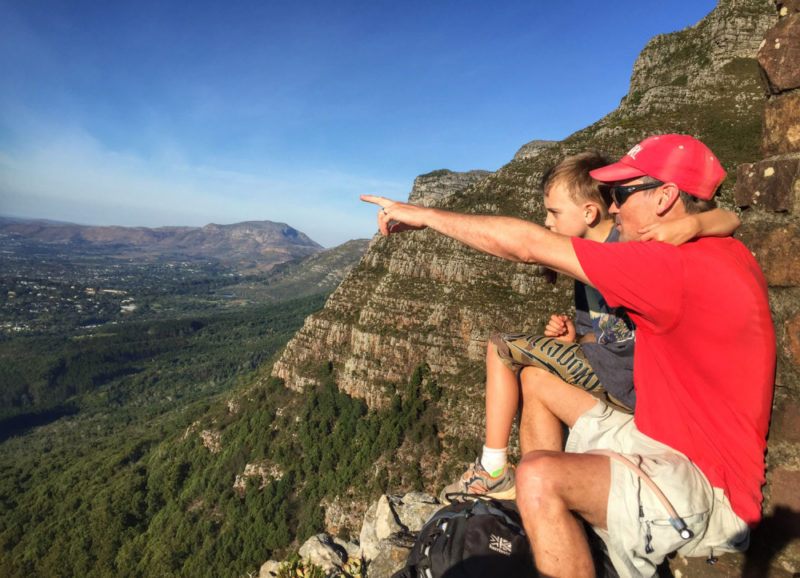 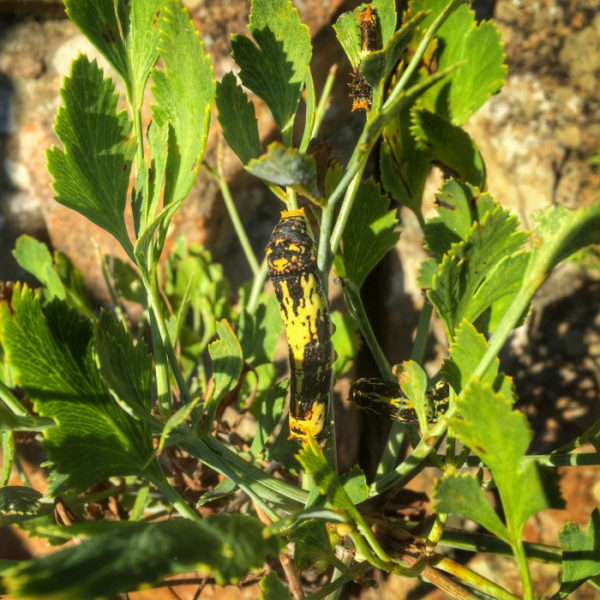 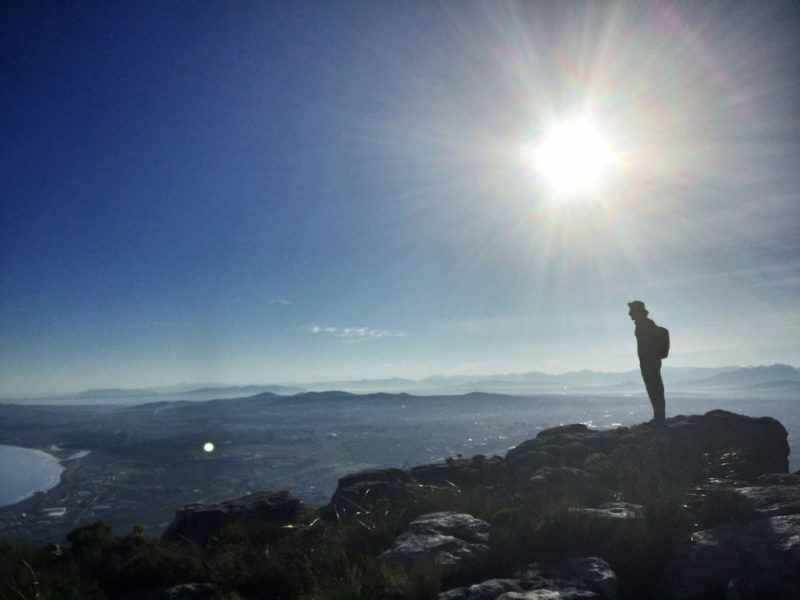 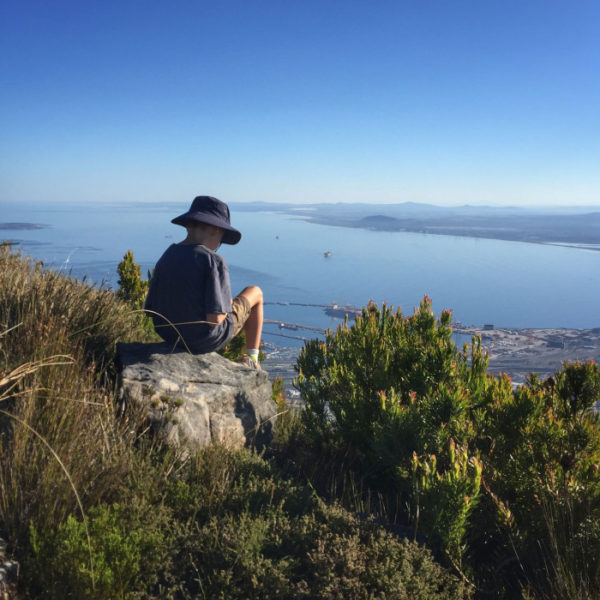 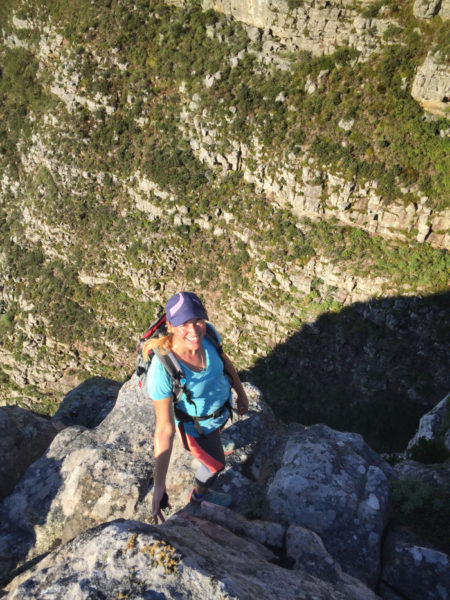 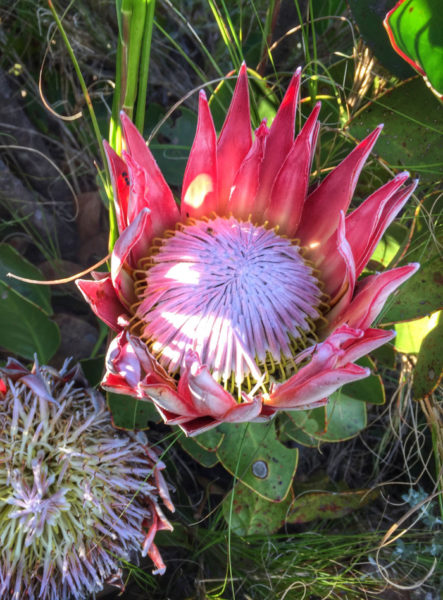 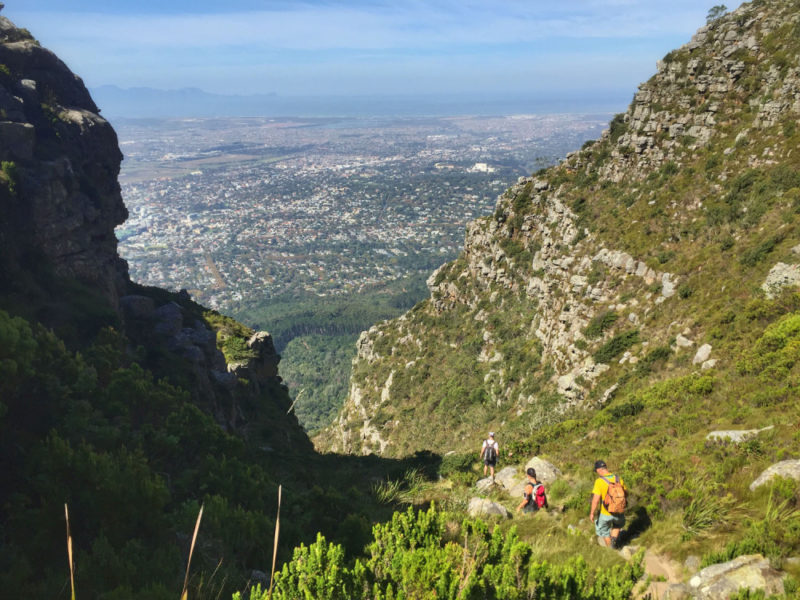