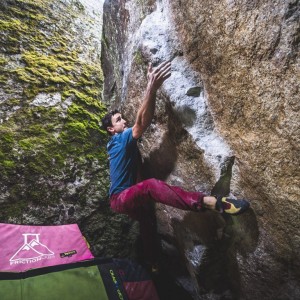 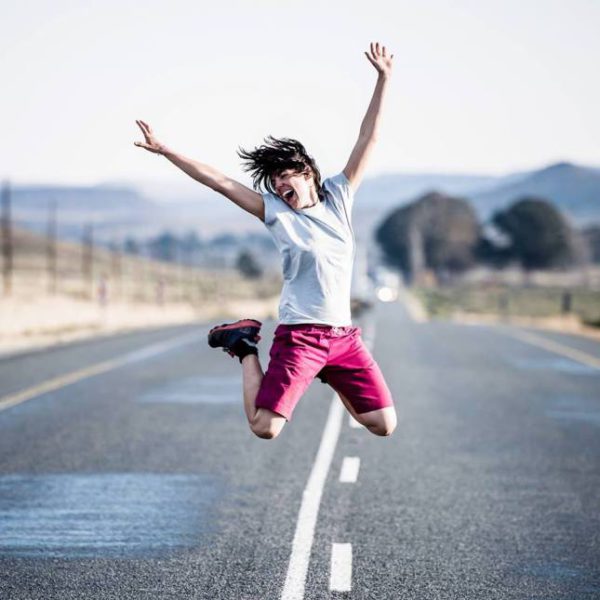 It’s been 20 years since I chose to dedicate myself to perfection. I started my sporting career with shooting; won a bronze metal in the Pan Africa games and won the Namibian overall championships at 14. I learned what it meant to be mentally focused and how to visualize my goals through shooting.

Cycling was next. I won the Namibian Downhill Championships and was in the top 3 in Cross Country. My real passion was freestyle. I was always at the cutting edge. When there was a new jump, I was there going first. Life quickly became a game of how fast, how high and how far. I always needed to be the best.

Moving to South Africa was no different. Learning how to do back flips,  wanting to be the best. I was one of the best freestyle mountain bikers in the country. When I let that go, it was a tough call. I had just found climbing and I sucked. What I did have was dedication.

When I was cycling I weighed 84kgs with 10% body fat. After I started climbing, I dropped 15 kgs in a year and trained 6 days a week. Everyone knows that I am a bit of a masochist when it comes to training. I guess that’s why it only took me three years to become a sponsored climber.

It’s been 10 years since I started. Since then, I’ve been through a lot of life changes. I’ve dedicated myself to climbing. I’ve climbed 8a on trad, 8b+ on sport and 7C+ boulder. I’ve adopted some pretty serious routines to allow me to get here.

I’ve had some major changes in my personal life. I was with Yvette for 8 years. I spent so much time away from home that I was just not in it anymore. Between work, training and travelling, we grew apart. I was so used to being away that I did not really notice. Time apart was the norm and time together was scarce.

Meeting Claudia was completely life changing. I never imagined that I could ever meet someone like her, so when it happened, it threw me for a loop. We are so alike that it felt like magnetism. Sharing the same drive to be outdoors, go climbing and be in nature at every chance is really special. 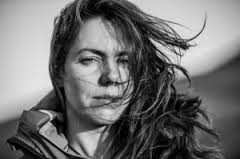 Claudia is brilliant. She has published an amazing book with some of the most amazing photos you’ll ever see. She spent time with some of the most incredible up-and-coming climbers in the world, including Adam Ondra and Alex Megos. She was there to learn about who they are as people, not what they are climbing. Her book “The Young Savages” sheds light on what the world’s best climbers do when they are not climbing. I was amazed by the work that she put into the book; constantly traveling, living on the road and reaching out to the top climbers. Sounds like a dream come true. 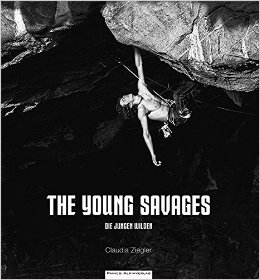 This was so intriguing to me. I was, and still am completely inspired by her vision and dedication. Her ability to visualize a goal and bring it to life completely stunned me. This really comes out in her photography where she has an innate ability to look at a climb and photograph it in a way that is completely unique and unexpected.

When Claudia came to South Africa, our trip began in Boven. She found ways to capture unique and wonderful moments from a perspective that no one else has seen. Her work is captivating and I was starstruck.

While we were in Boven, Claudia managed to capture Chris Cosser climbing one of my routes in the gully by Baboon Buttress, Raptophilia 8a+.  This route was a nemesis of mine. I’ve never been great at short routes. It is an amazing line because it’s a mini route,  not a boulder problem. I’ve seen very strong climber spit off of it so I was really really impressed with Chris!

Adam was also working the line at the same time and he got painfully close!

Andrew was there for the weekend trying his project: Return of The Overlord (8c?). It is the plum line starting directly under the Beast going straight up the God No Wall. The psych was contagious and Claudia jumped on a rope to grab a few pics of him too!

We caught a few pics on Sheer Force (8c) a little later in the day! Was great to be able to see what I look like on that line!

The next day, I fought insanely hard on my onsight attempt of Clinton Marteningo’s Sweet Child O’ Mine (7c).  I made it to the second last bolt before I realized that I could not take my hands off the rock to place the draw and I also could not skip it for fear of the ledge.

After we were done in Boven, we made our way down to the Cape. It was quite a drive, 17 hours non-stop. We kept each other awake. I thought I needed to lend a hand, especially when Claudia was laughing to hard to watch the road!

When we got there it was pouring with rain but somehow it cleared up the next day. Cape Town was awesome, we had such an amazing view from the apartment in the city. We needed a few days in the city before feeling like we were ready to go again.

Met up with Rob to have some Mexican food and tequila!

We even got in some time by the beach. 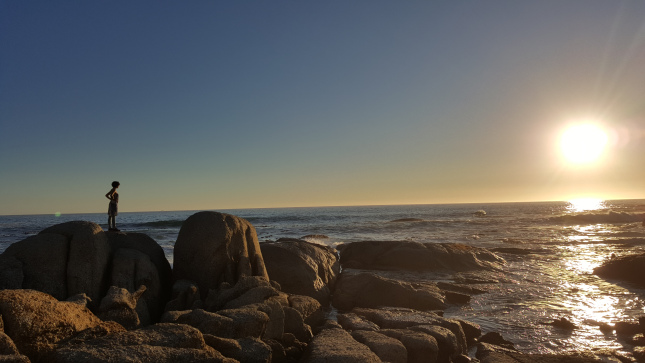 When we finally made it to Rocklands; Claudia was stunned by the vastness of the place! It is really hard to believe how much rock there is and the extreme vastness. Each time I drive over the pass, my jaw hits the floor. It’s more beautiful every time.

We met up with up and coming star, Outward Ventures athlete David Naude. We nabbed a photo shoot during the day up on the plateau.

Jumped on Minki (7B) after David was done. I did it years ago and it was still fun now! Such a gorgeous line. I had some trouble remembering the beta, so David schooled me. That kid is so strong. Psych was high. 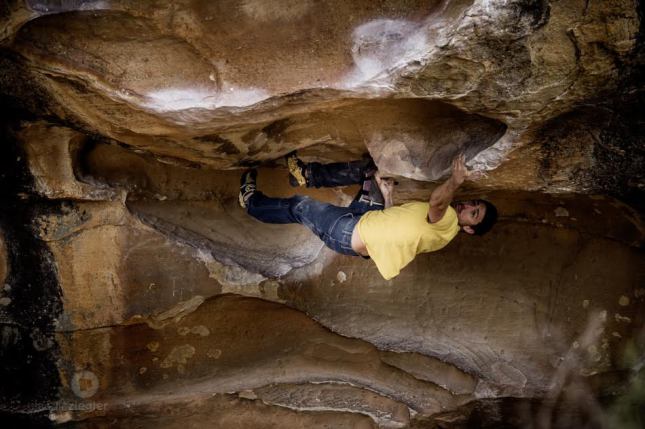 I almost flashed a highball 7B+ called Zanzibar. So badly over graded, I thought it was actually 7A/+. But it was so beautiful I had to do it twice.

Later in the day, we met up with Karo Sinnhuber. I watched her pretty much onsight two 7Cs at the Tea Garden, it was impressive! Her goal was Black Shadow (8A+) but with split tips and a lot of tape it was not quite possible.

I almost onsighted a 7B but fell off the last move, couldn’t quite put it together in the end but we were only there a few minutes. 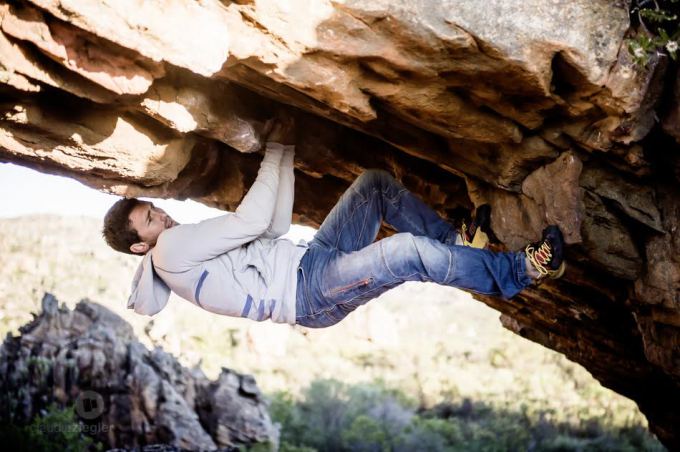 We met up with Karo later in the evening for a night shoot. Claudia’s pics of her ended up in the new training manual from Cafe Kraft called Gimme Kraft Air. She climbed The Hatchling (8A) and it was so cool to watch her cruise up to just before the crux and hang there. We would then turn off all the lights, use the flash and then listen for her to fall. Definitely a scary prospect from that height! 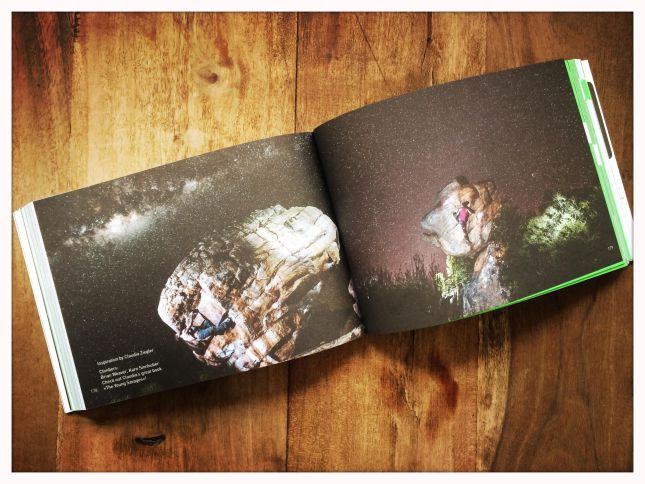 I climbed Poison Dwarf (7B) on the plateau later in the evening. Believe it or not, it was freezing!

Overall, the trip was really amazing. Claudia’s pics have been featured across several magazines, books and ads. Above is an awesome pic of Andrew sitting in the Man Trap, getting ready to move into the Return of the Overlord.

Thank you Rob and Outward Ventures for sponsoring the trip and making it all possible! Going around the country in two weeks is not easy without some really good support!

It’s actually been pretty hard to write over the last months, so now I’m really happy to actually type something.

I’ve been struggling a bit with motivation recently due to the amount of work I have as well as not really knowing where I was going. The result was a distinct lack of training. When I finally found some motivation, I started hitting the gym 4 days a week again. Hangboard on Monday and Wednesday, bouldering/lead Tuesday and Thursday. I felt strong again.

Ended up at Fernkloof thinking I would try Aqualung again. I could cruise all the moves apart from the undercling match. My leg was a bit to weak. James Barnes suggested some pistol squats, so I did pistol squat box jumps! And guess what, it worked.

Went to Fern, warmed up on Faberge (7c), tried Stormwatch Direct (8b) twice, cruised it to the chains apart from one move at the second bolt. Then went up to Aqualung. It started to rain and I was a little stressed, but it was so nice and cool that when I pulled on it was just perfect. Not a single moment when I felt nervous. I cruised the crux, right to the chains. 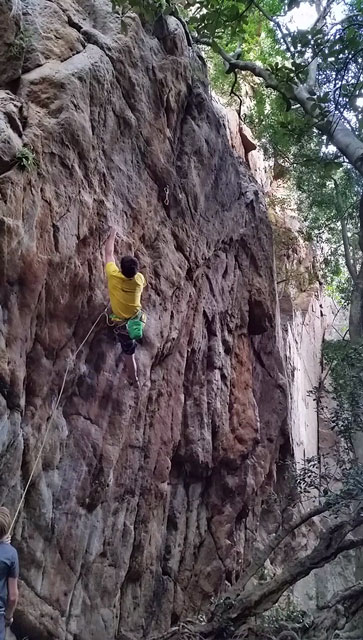 That day was a really special day. I didn’t just stop with Aqualung, I went back down to the lower crag and fell off Stormwatch again. I was about to throw in the towel and call it a day. Truth be told, I forgot my good shoes at home. I was using my Muiras which don’t have a sole anymore, just a rand. So when I slipped off the first move, I thought it was the shoes. But, when I cruised to the chains for the third time in a row, I figured I needed to give it one more try.

I waltzed up to the chains next try. Normally I climb Stormwatch Direct with a knee pad. But because I was trying to prove something to myself, I climbed it in shorts and no pad, skipping the rest. It was the most pure style I could give it. Admittedly, I felt a little tired at the end.

Brian is sponsored by Outward Ventures