It’s a sign of the wonderful friends that we hikists are that we waited for Frank, who lives in Stellenbosch and has been dutifully driving all the way from there to Cape Town before the rest of us have even bothered to wake up in order to be absolutely on time for every hike (except for that one time when he offered to pick up Angela on the way and, predictably, she hadn’t woken up by the time he arrived, and then, when she was finally dressed, wanted him to take her to Pick n Pay to buy breakfast), to go – and here you may want to go back to the beginning of this sentence to remind yourself what it was about – got it? yes? okay – away for the weekend to AfrikaBurn before we decided to wake up early and drive to Stellenbosch for a hike in Jonkershoek, which is practically Frank’s backyard.

But – so we all thought, somewhat guiltily – that’s what you get for going off and prancing about the desert in a leopard-print top hat.

The Tweede Waterval Trail was the recommendation of a new hikist, Karl. Unfortunately, Karl either overestimated the difficulty of the trail (the fact that it was written up as ‘suitable for children’ should have warned us) or underestimated the mania of his new hiking companions. This wasn’t too much of an issue for Wanda, Derek and Alison, but for Martin, it meant that his boundless energy remained unbounded by the time we reached the Tweede Waterval.

Like an expert sniffer dog on the scent of crack cocaine, Martin vanished up a steep chimney of mud, and we were left with no apparent choice but to follow him. The mudslide/path went almost vertically up the side of the gorge and then levelled out at a cliff face, where a vague path teetered on the brink of an abyss, forcing us to cling to small ferns and slither down slippery corners on our behinds.

After some discussion while clinging to their respective ferns and brushing mud from their behinds, Derek and Alison raised the possibility that this might not, in fact, be an approved path. They went further to suggest that a fall from a faulty fern might, indeed, prove detrimental to a hikist’s continued survival.

But Martin stopped briefly to deliver a talk on a parasitic insect and continued his Trail of Doom. Fortunately, it wasn’t too much further before even Martin had to admit that there was no further to go. He perched happily on a rock overlooking a precipice (but not, annoyingly, the waterfall) while the rest of us sunk down on shaky legs and tried not to think about how we were going to get back down.

Amazingly, when we did, Karl actually agreed to come hiking with us again.

Trail directions we used: The pamphlet they gave us at the gate, and Martin’s infallible nose for the Wrong Route.

Parking: You’ll need at least one vehicle that the owner doesn’t mind driving on slightly iffy dirt roads, as it’s a fairly long (15-minute or so) drive in to the trail head. We all climbed onto the back of Karl’s bakkie, and left Derek’s Very Clean Polo at the parking in front of the gates.

Remember: To bring cash for the entry fee: R40 for adults, R20 for children.

PHOTOGRAPHS OF THE TWEEDE WATERVAL TRAIL 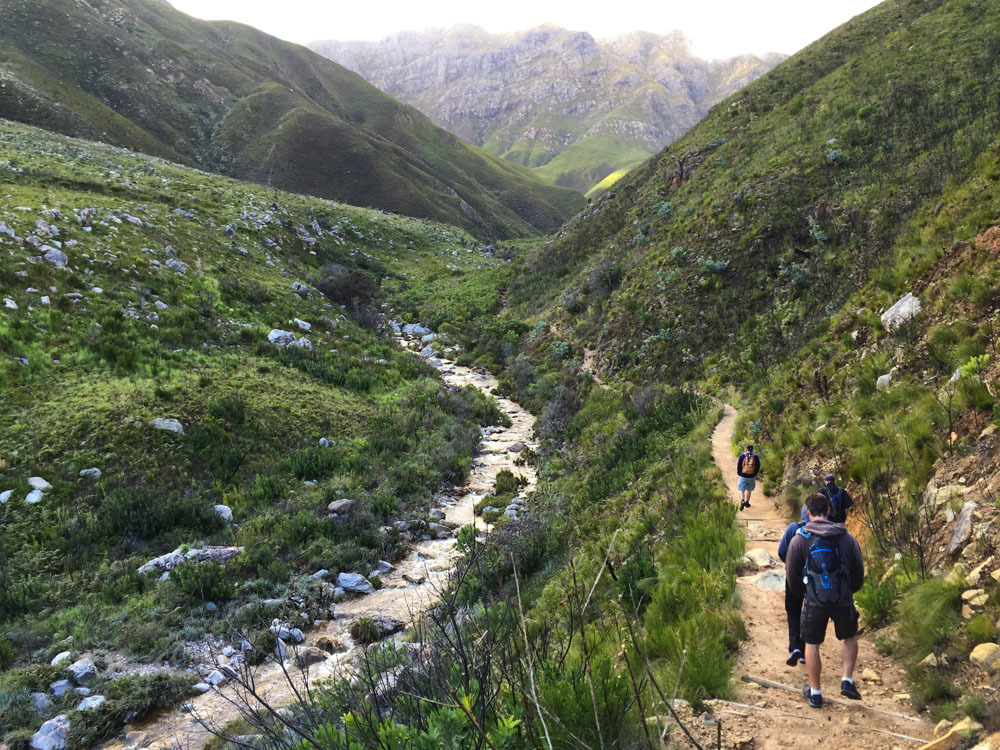 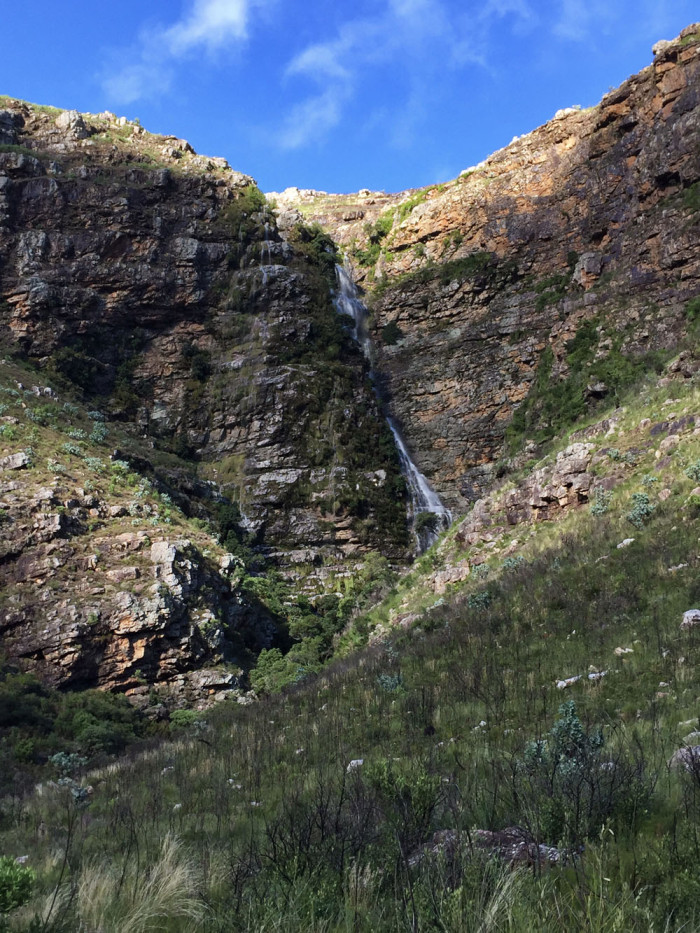 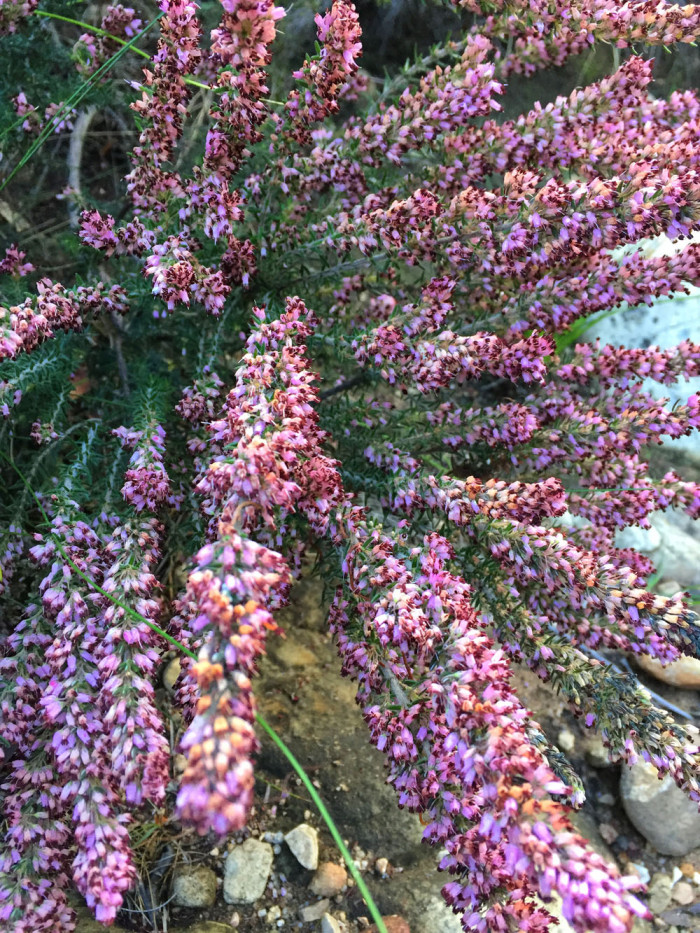 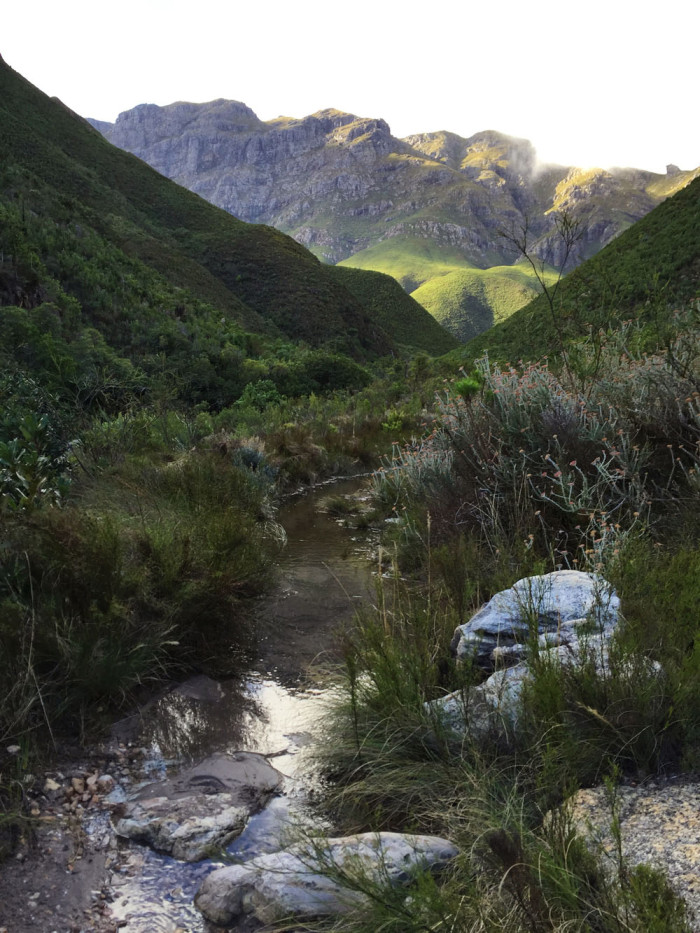 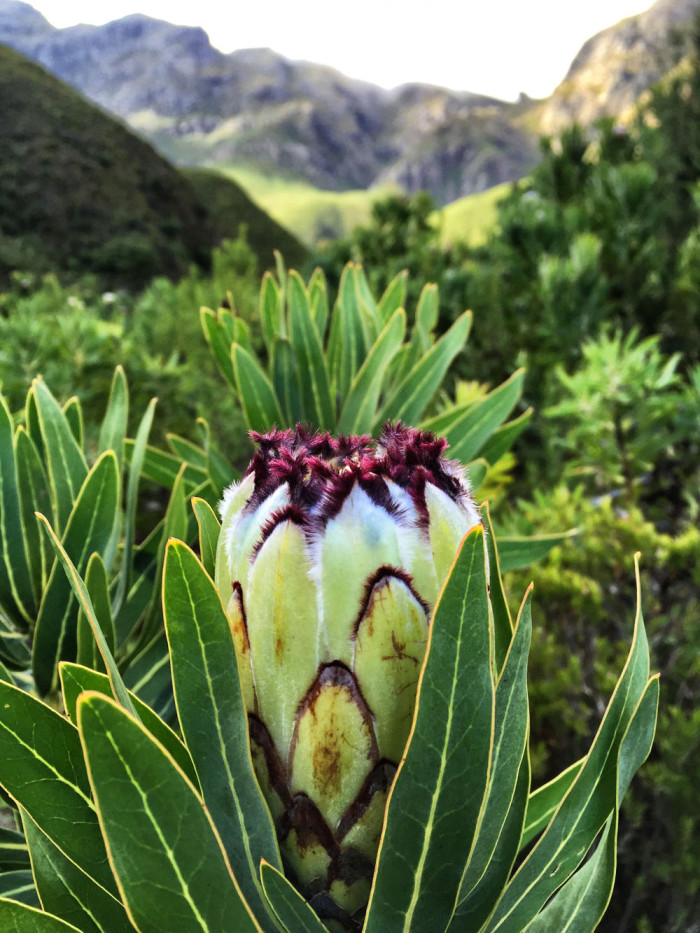 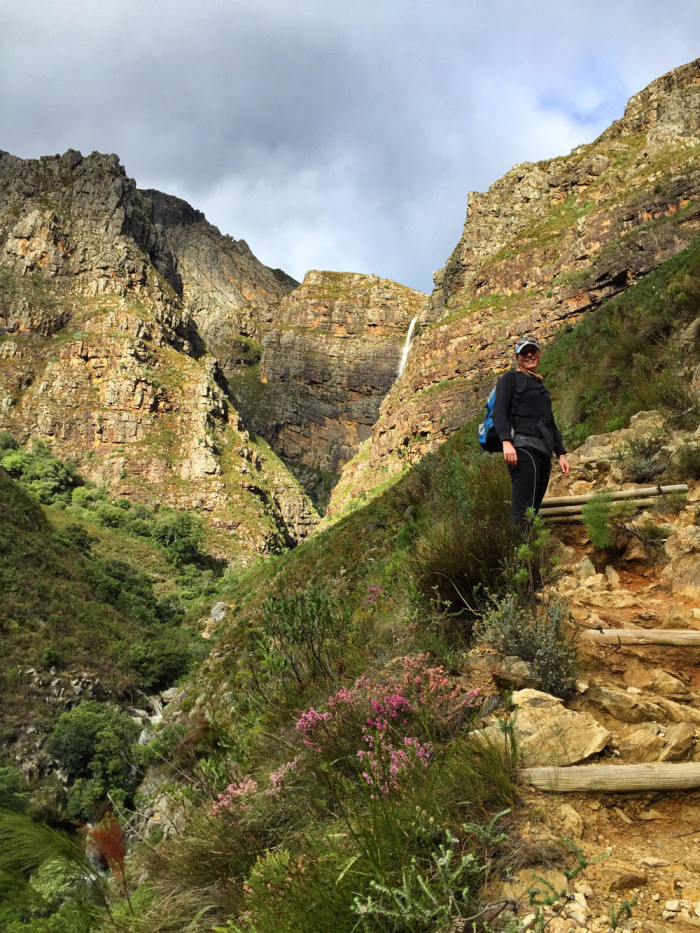 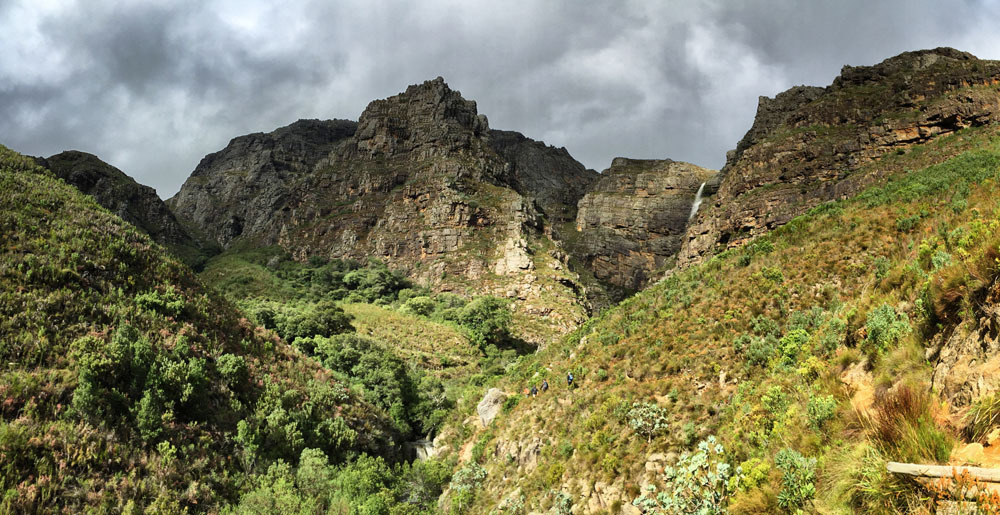 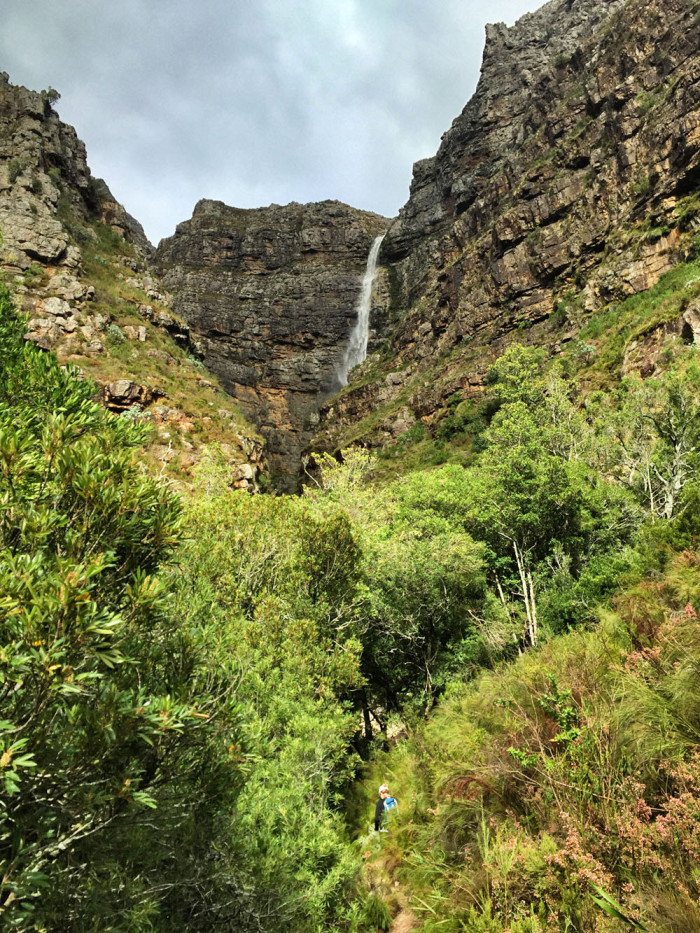 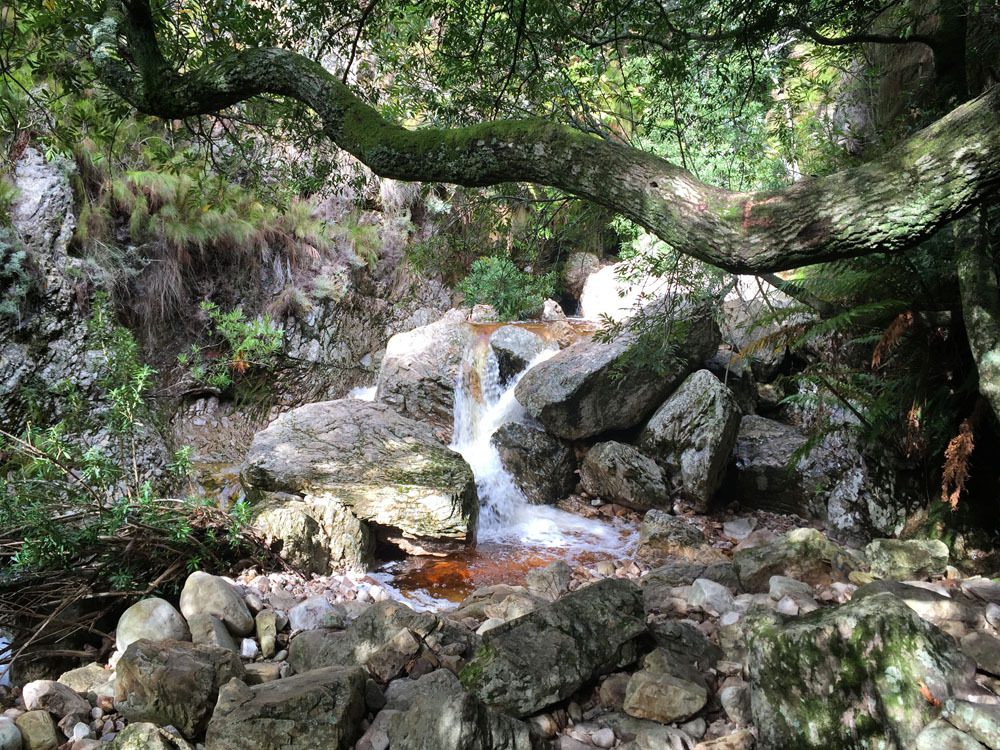 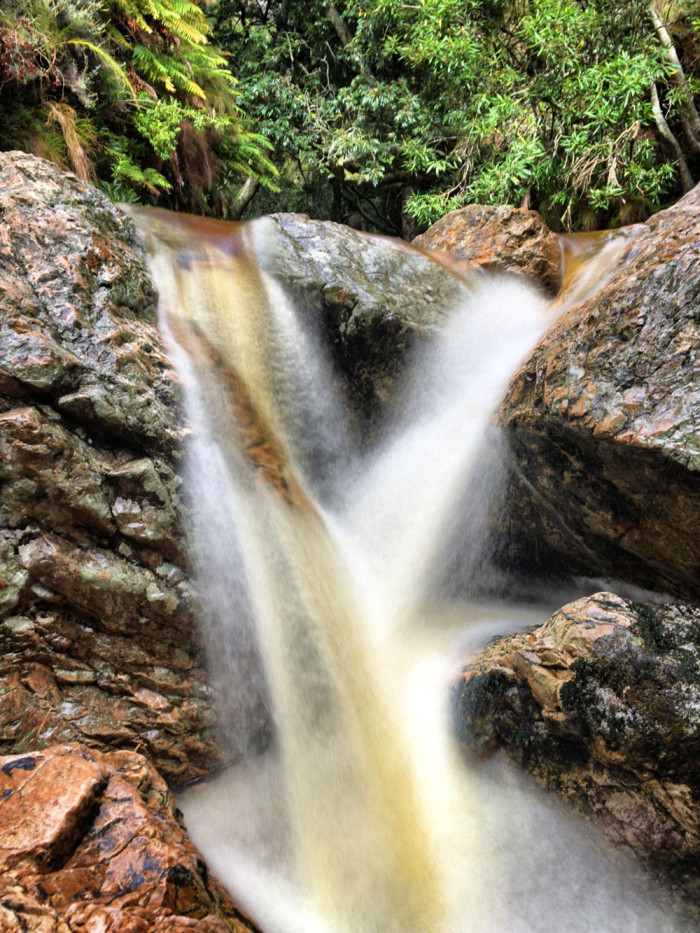 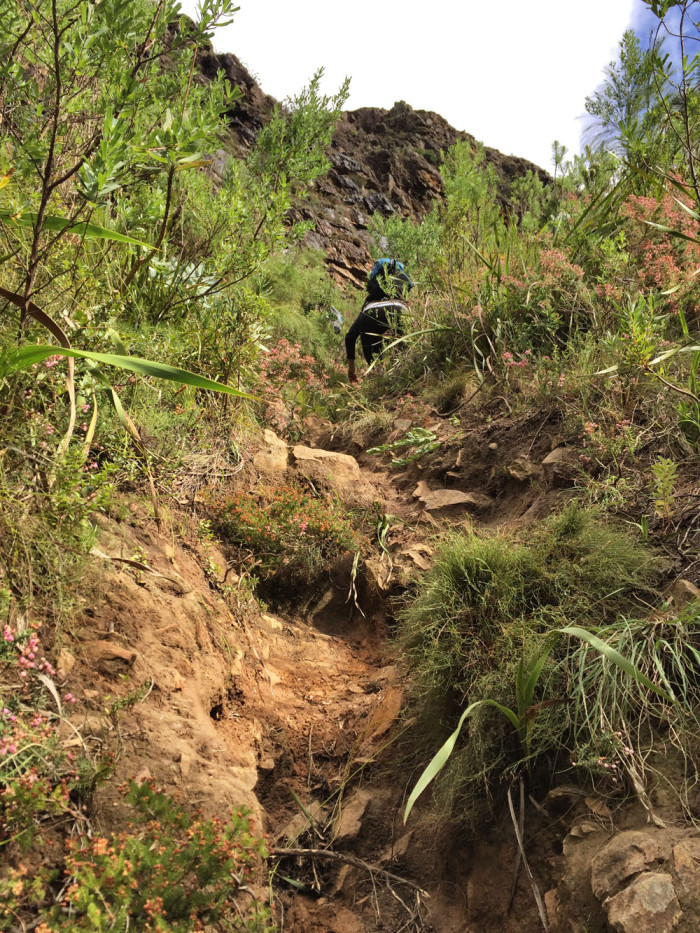 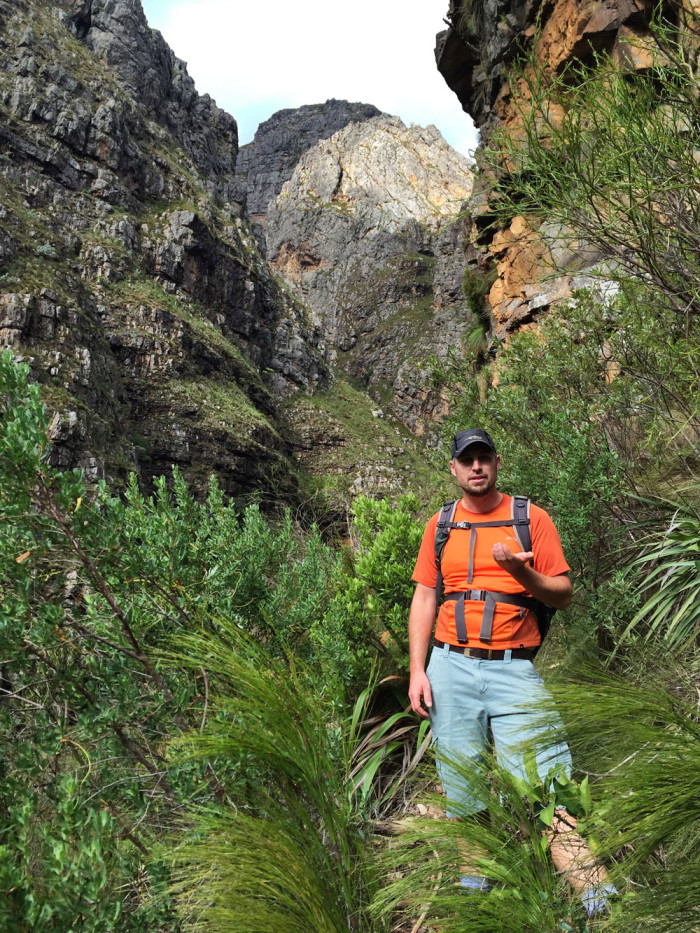 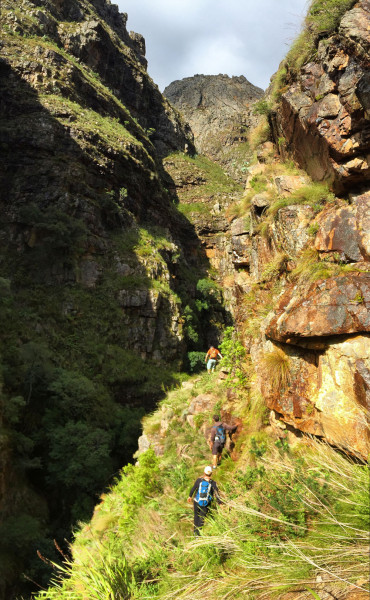 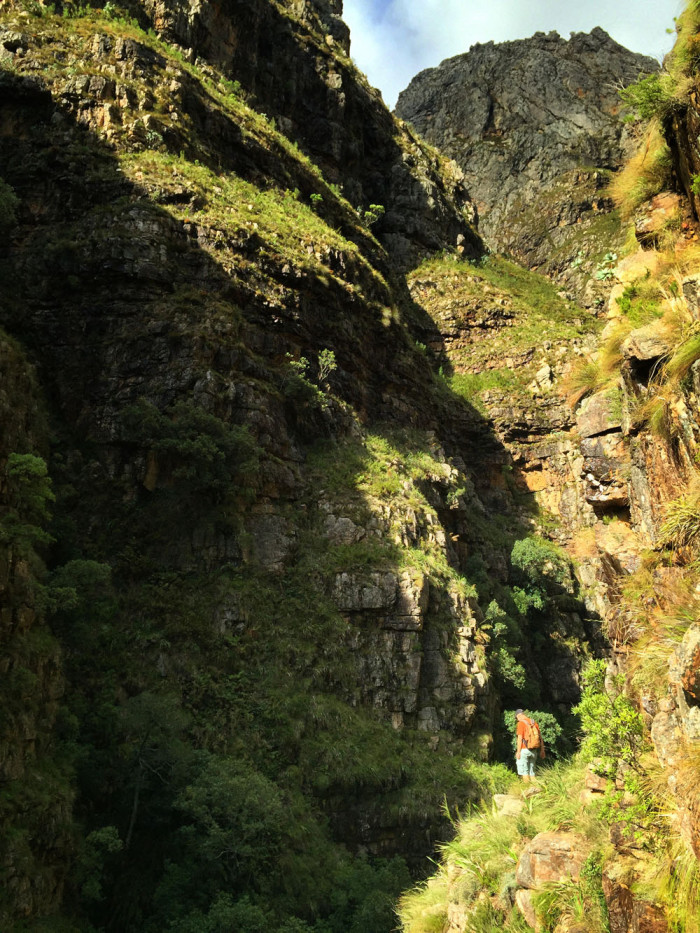 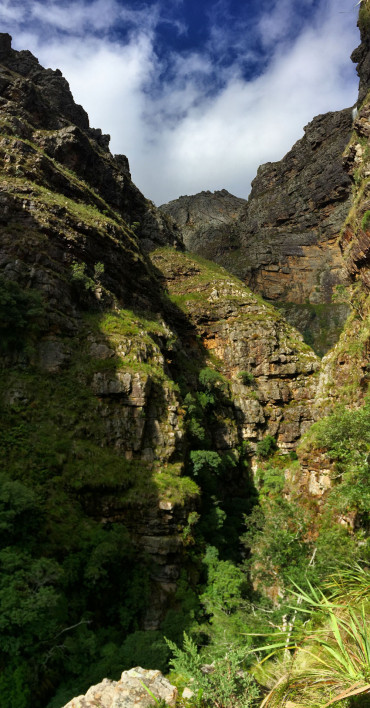 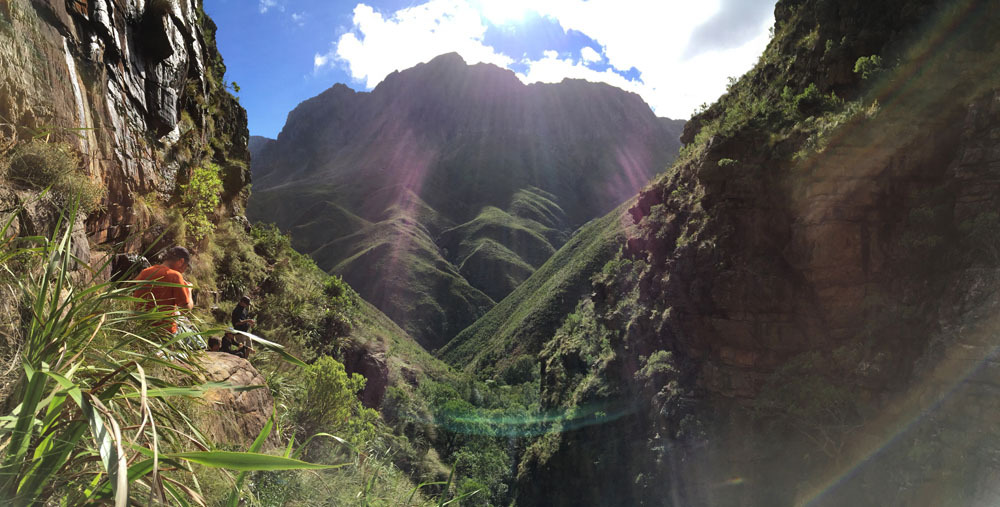 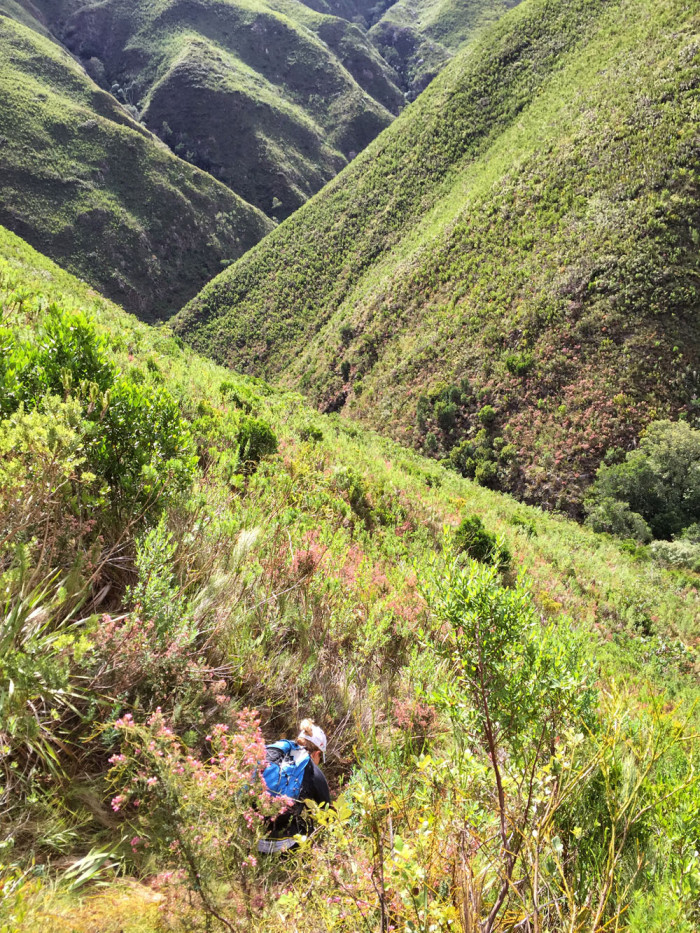 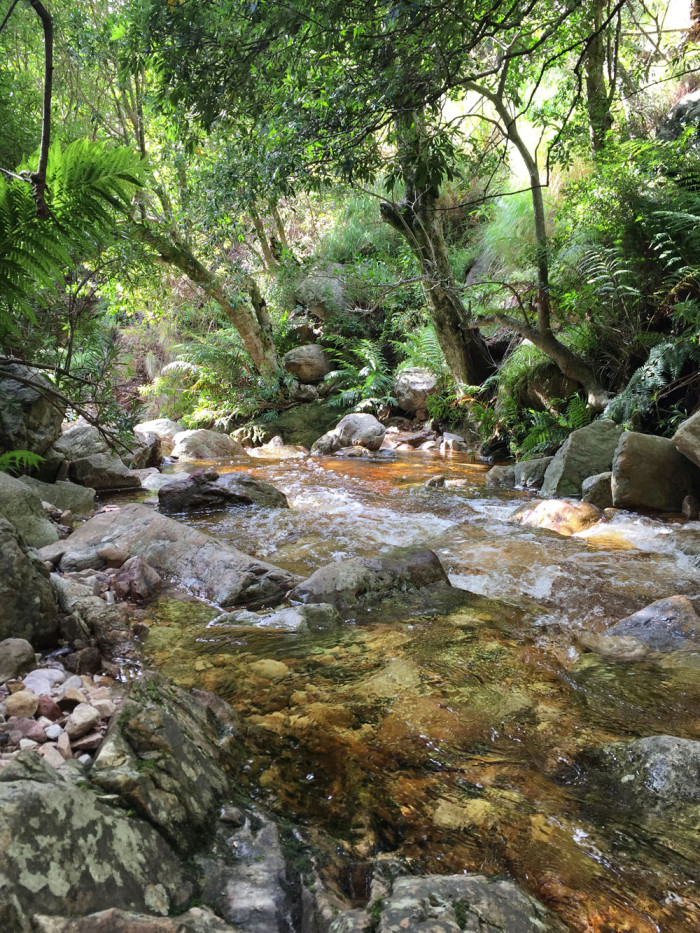 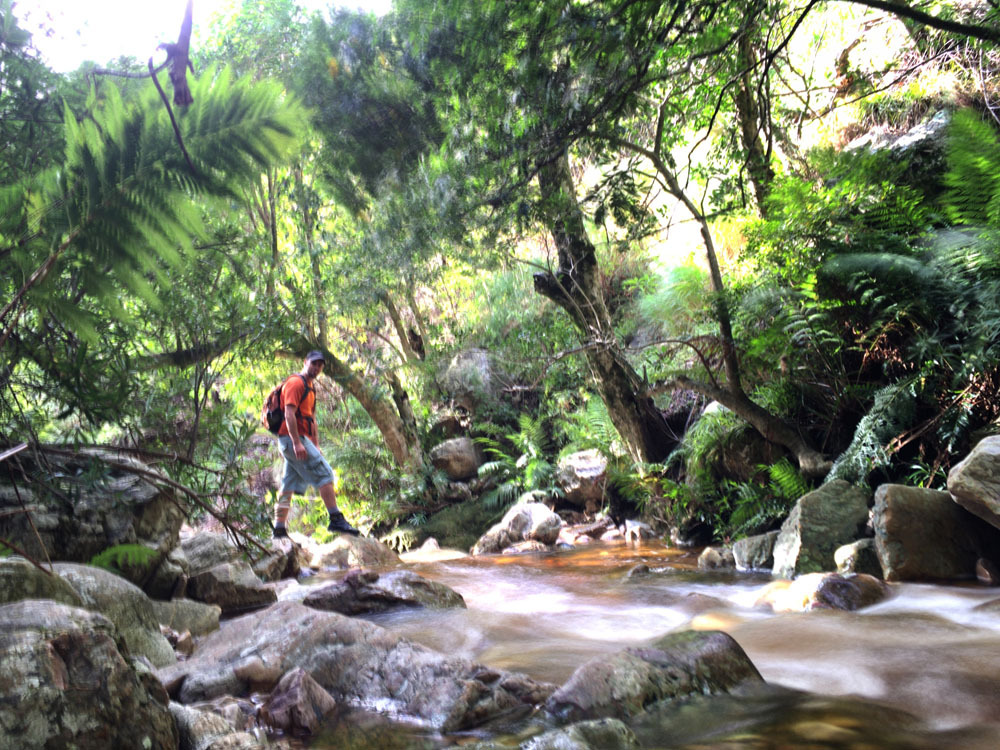 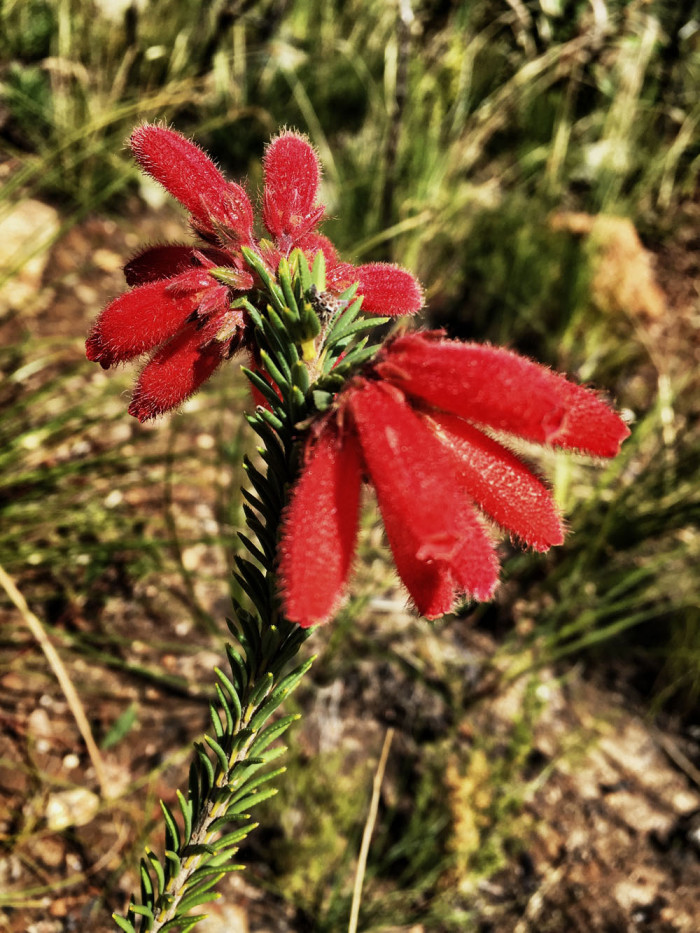 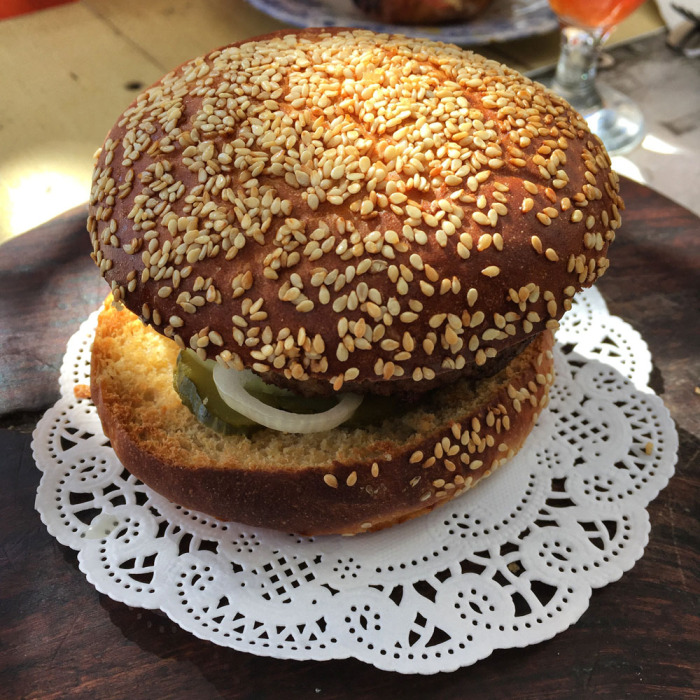