For those of us that learned to climb on the steep sandstone of the Western Cape, smearing is a foreign affair.  Smearing is more associated with vast runout slabs on Spitzkoppe in Namibia or the faint dimples and waves granite on Paarl Rock.  Smearing is not a skill that most of us Cape climbers have.  But you can learn how to do it.  This article is about smearing. But before you go any farther, be warned that I’m not going to talk about rock climbing. This is about smearing your feces! Read on.

Two years ago, I stepped in human excrement at the base of the Blaze of Glory wall at Silvermine. No matter where I go cragging, whether it’s at Spout Cave, Milner, Krakadouw or Karbonaatjieskraal, I see the remains of climbers doing their business in the hills. Mostly, this amounts to toilet paper strewn about the crags, or even on the path. Last year, Mary was closed to climbers in the Eastern Cape because the farm owner found used tampons and loads of human feces and toilet paper strewn about water sources near the camping area. It’s gross. And we are all part of the problem. But we can change your outdoor toilet habits and be part of the solution.

The easiest way is to simply pack out your toilet paper. Don’t burn it. Haven’t you heard the horror story about the guy who burned down Krakadouw a few years back with a match to his toilet paper? I didn’t have the misfortune of witnessing that debacle, but early in 2003, we went out to Krakadouw twice – just after a major fire. It was devastating. Perhaps the more recent fire was natural. Perhaps it was someone burning their bog roll paper again. Why take the risk? It’s easy to pack out your used paper. It’s not that gross, either, once you make it a habit and get used to it.

Here’s what we do – and we’ve been doing this for years. Get two Ziploc plastic bags, one big one, and one Sammie-sized bag. Put the small bag and your favourite 2-ply into the larger bag. After you take a dump, carefully stash the used sheets into the small sandwich-sized ziplock bag. Close that tight (without any air inside), and put it in the larger ziplock along with the bog roll. Simply zip both bags shut. The used paper doesn’t dirty the clean roll, and it doesn’t smell either. Just throw it into the rubbish bin at the garage on the way home, or just empty the small bag into a toilet and reuse the bag. You will find you can adjust your wiping style, including folding of the toilet paper before and after, to make this a clean and easy way to keep the crags free of toilet paper.

The second method to clean up the crags is going to be challenging for most of us. I’m talking about the smear. I admit, this activity is a bit gross. But it can be fun, too! I learned this technique from two Canadian climbing guides near the Austrian Hut on Mt. Kenya. We were camping in the rocks above the Curling Pond and Lewis Glacier because the hut was disgusting. So were most of the spots around our respective camping areas. Mt. Kenya is pretty much a desert. Excrement takes a long time to decompose there. This happens in all deserts, especially when you bury your chocolate puff adders beneath a rock or sand. It just doesn’t decompose quickly when there’s not enough moisture in the soil. So what did these smart Canadians do on Mt. Kenya? They smeared their crap on the rocks with the most sun exposure. A couple hours later, the remains were completely dried up. In several days, it was virtually gone.

So, let’s discuss the mechanics of this rather gruesome topic. You can easily smear your fresh dung with a brick-sized rock. Squat over a flat or slightly sloping exposed rock that gets a lot of sun. Do you business (aiming downhill), and then smear. You avoid soiling your hand by grabbing one end of the rock, and smearing in one direction. When you’re done, turn over the rock to expose what’s on the smearing rock, too.

Then let nature work its wonders of biodegradation. On our second recent trip to Krakadouw, I purposefully revisited a dump scene of the prior weeks. The smearing had completely accomplished its objective. I’ve performed this exercise at Wolfberg, Rocklands, Lower Buttresses, The Ledge and I’ve got pictures to prove it! But those pictures might gross you out more than you are already. The reality is that sun, wind and rain completely disperse the remains of the smear so much faster than other less interventionist methods. No slow decaying holes, no toilet paper. Just clean, unspoiled rock once again.

The crags of the Western Cape, much of South Africa and Namibia are in desert and semi-desert areas. These two simple measures, packing out your toilet paper and smearing in the hills, will go a long way to preserve the natural beauty of our climbing destinations. It’s amazing what two Ziploc bags can accomplish. And because we are blessed with so much wind, rain and sun, we are also blessed with quick dispersion of our smeared remains. Pack out the paper, guys, and learn how to smear in the hills.

Sidebar 1: Packing out the Paper

How to Smear in photos (yes, you’re going see poop below!!) 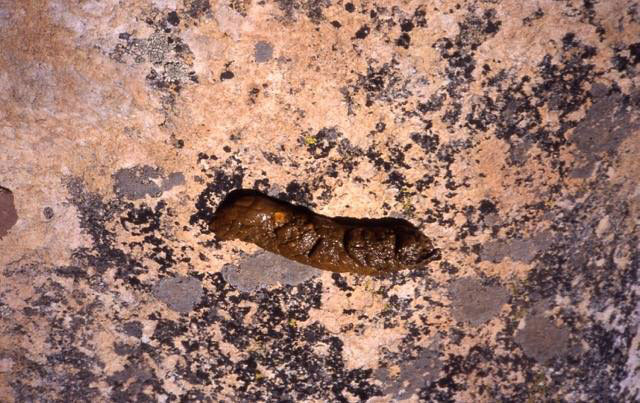 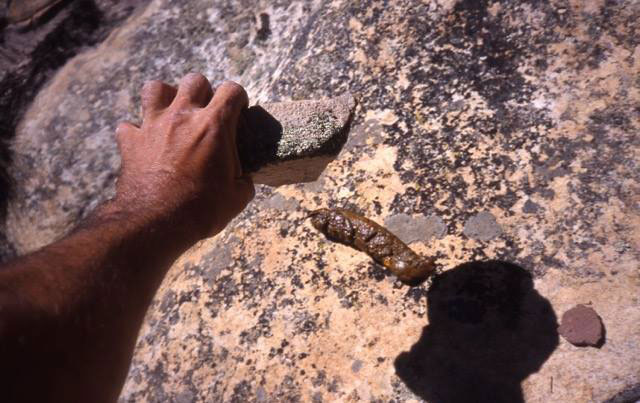 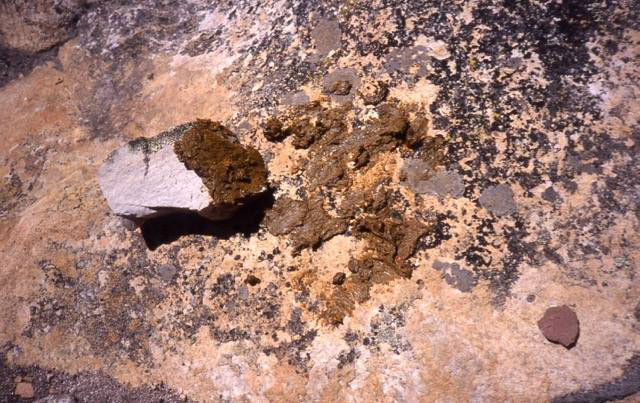 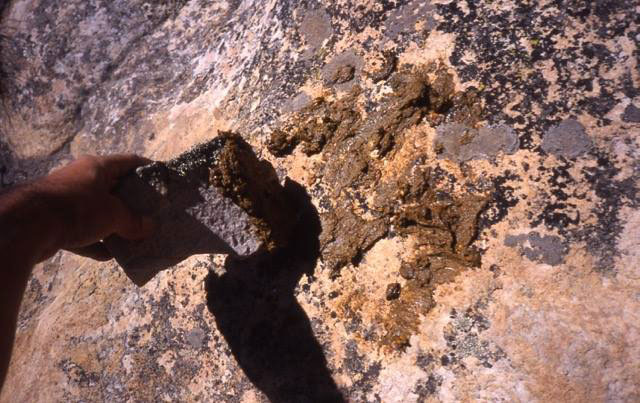 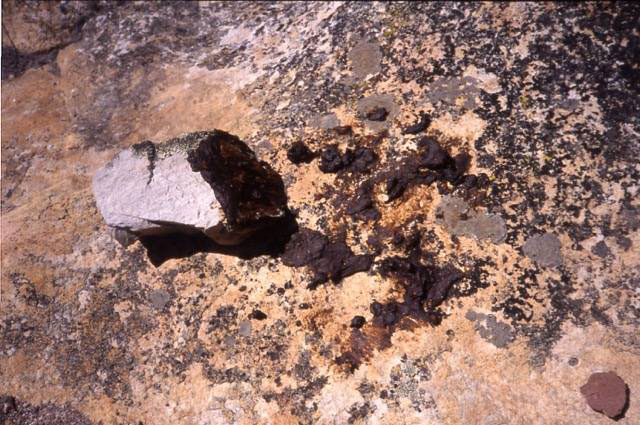 Clanwilliam cedar could be extinct within the 21st century
Directissima

6 Responses to How to Smear in the Hills