You are here: Home › Climbing While Pregnant
Posted by Gosia Lipinska on Jun 22, 2017
2

I’ve penned a few thoughts on transitioning from dedicated climber (albeit weekend warrior) for the last 14 years to the beginning of motherhood.

For many people the transition into adulthood and family building is a steady progression. You study or work, party hard, break a few hearts, have your heart broken and then meet someone nice, get tired of partying and turn towards houses, jobs and children. For climbers and adventurers meaning making is less likely to be found in choosing curtains and remodelling the kitchen, rather an eternal pursuit of the next adventure. Life-long lessons and relationships are born out of time spent on tiny ledges far above the valley floor, trudging up an interminable scree slope or sharing elation on a successfully climbed route. And this (alongside a neuropsychology passion) has been my life for the last 13 or so years, until I came back from the trad exchange in England last year in May. 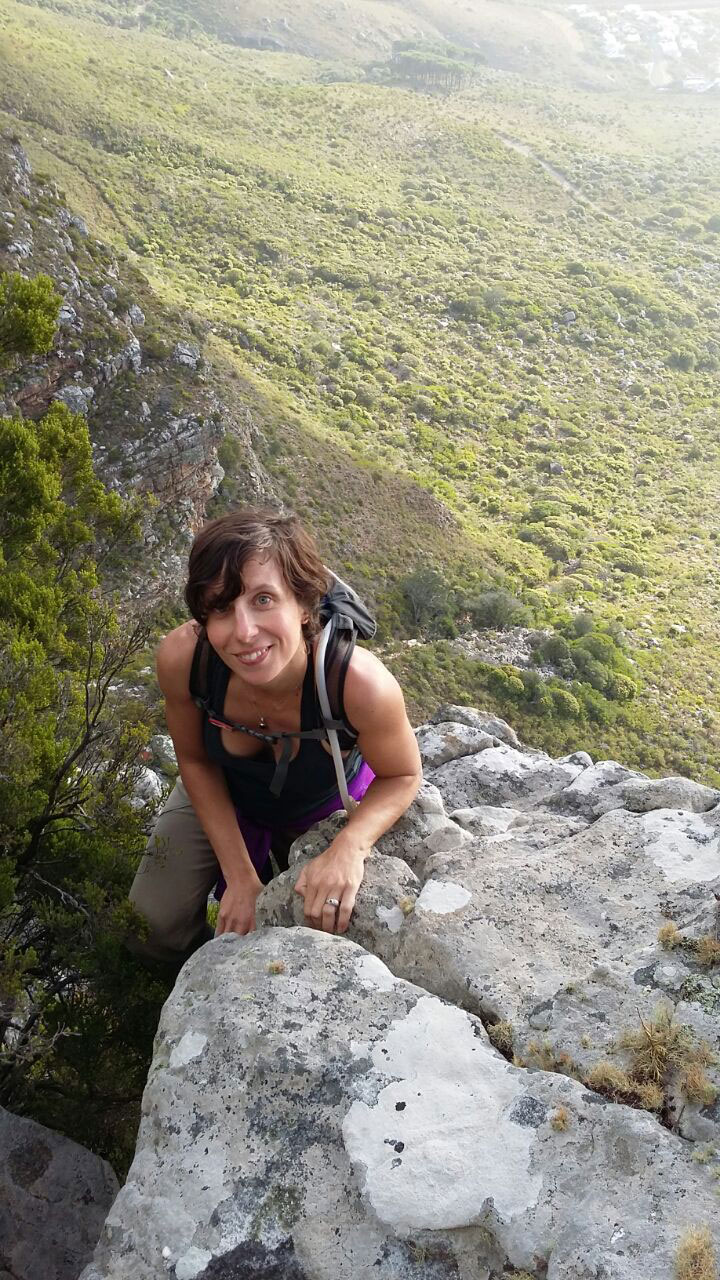 The Author scambling on one of the 12 Apostles

And then everything changed – since that time I had two things on my mind – finishing my PhD and sprogging it out.  It’s not that climbing had lost its lustre but that I was reaching for a broader set of life experiences. * Climbing is meaningful to me when embedded in a life rich with other learnings.

And now I’m 7 months pregnant (now 8) and it’s already been a colourful journey.  I guess as a trad climber I thought of myself as someone who was ok with uncertainty.  Having kids made me realise I just became good at managing the uncertainties in climbing but not necessarily others.  Questions like how long will it take to fall pregnant?  When is the right time?  How will my body change?  Will the pregnancy stick in the first 12 weeks?  Will we abort if we the tests reveal Down ’s syndrome?  All these serious life changing decisions with no manual or right or wrong answers, just the book of life.  And pregnancy is just the start of it.  After that comes birth and a new life with its own needs, desires and personality.  I guess you can never really be prepared, but alongside the uncertainty comes a whole string of warm and fuzzy feelings that come with life-making. 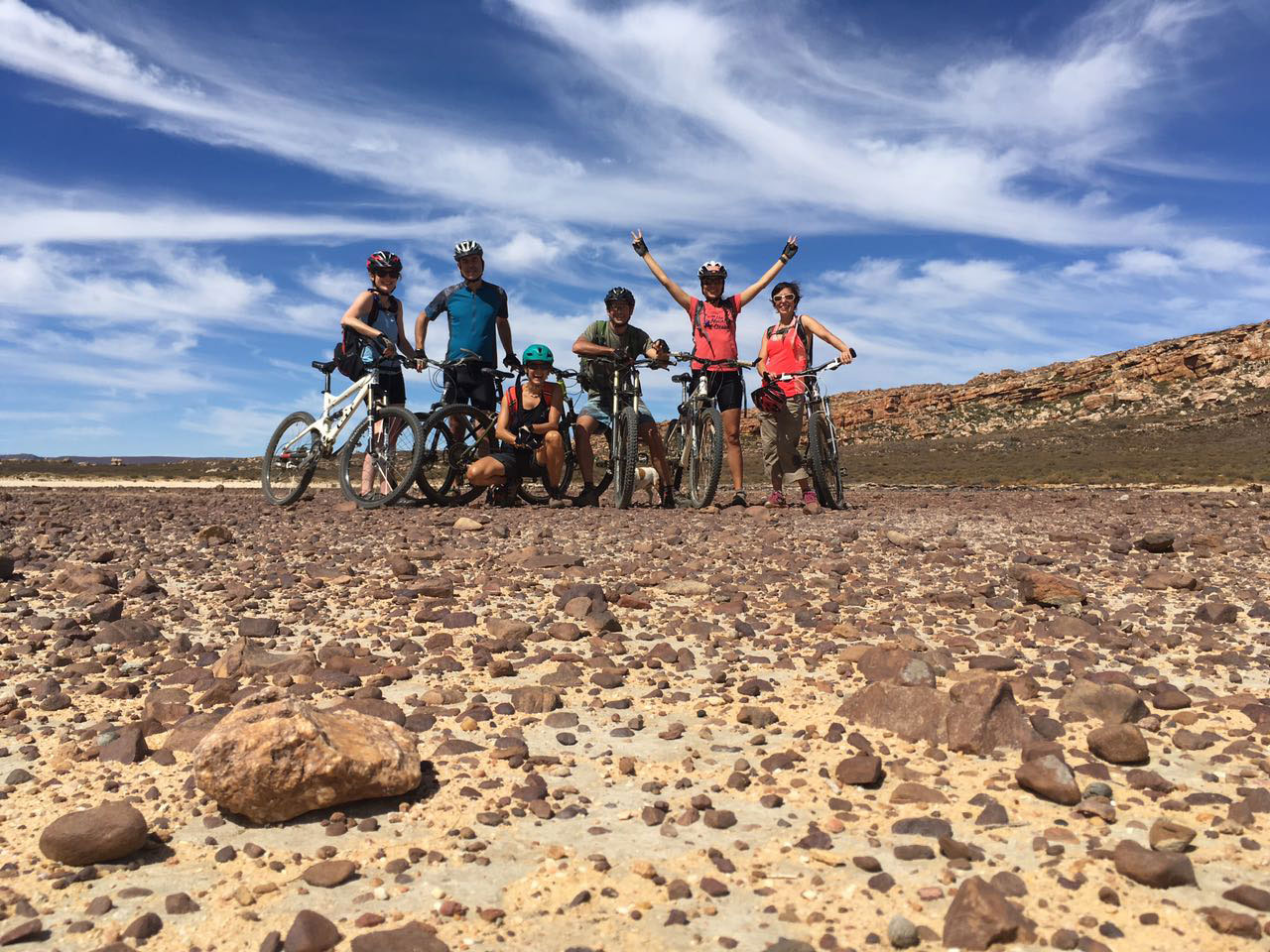 I’ve also been struck with the dearth of popular and scientific information regarding safe climbing and other exercising options.  Basically the truth is that no one knows what the range of options is.  I’ve consulted the scientific literature extensively and although there are a few studies of mostly running, there is surprisingly little evidence either way.  And pregnancy is one of the most political experiences I’ve encountered – opinions float like free radicals – attacking at will.  The body is owned and policed by many experts – from medical doctors to propagators of natural birth.  It’s really quite a minefield.

So far I’ve found the pregnancy blogs of some of the world’s finest climbers, like Beth Rodden, useful.  I’ve also just taken it one step at a time and felt my way into what has felt good.  From the beginning I stopped lead climbing – while our ancient ancestors may have quite reasonably had to run while pregnant and evolution probably made sure that running did not reliably result in miscarriage, falling and being caught by climbing ropes seemed beyond the scope of our ancestral legacy.  I’ve kept active in the climbing gym – top-roping and doing some exercises.  It’s actually been a great experience climbing with no internal pressure to succeed at anything but still being able to engage in the joy of moving. 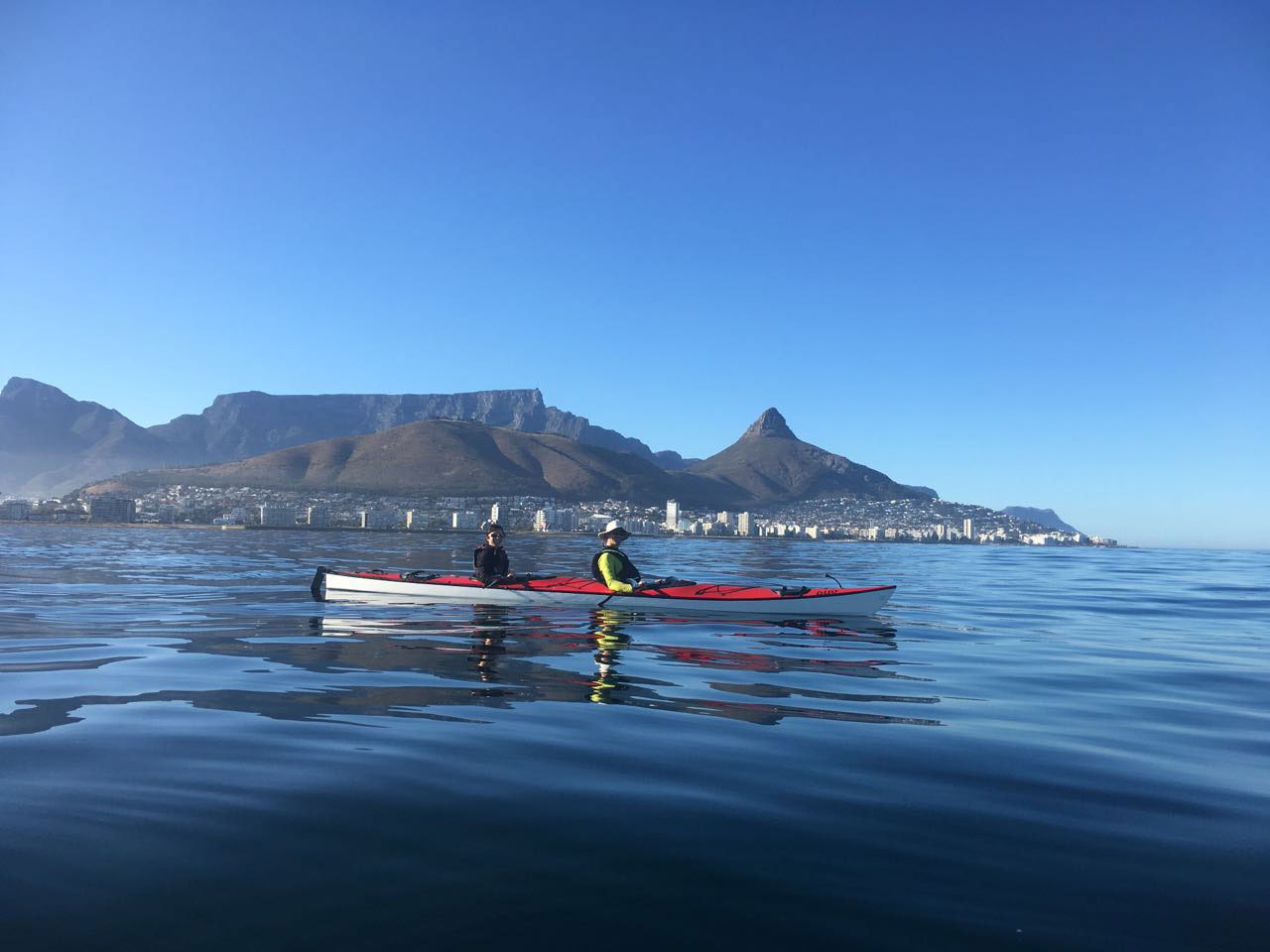 Paddling with dolphins on the coast of Cape Town

I’ve also found some of the available information misleading.  For example most blogs recommend that you use a full body harness for climbing during pregnancy.  However ordinary harnesses pull away from your belly – all the weight is taken by your lower back and legs.  There is literally no pressure on the belly.  The only other reasonable source of danger would be from turning upside down, where your heavier upper body could pull you out of the harness.  But in the controlled environment of the gym on top-rope, this is almost impossible.  Perhaps this is related to body shape and how you put on weight, but I haven’t found a need to get a different harness. 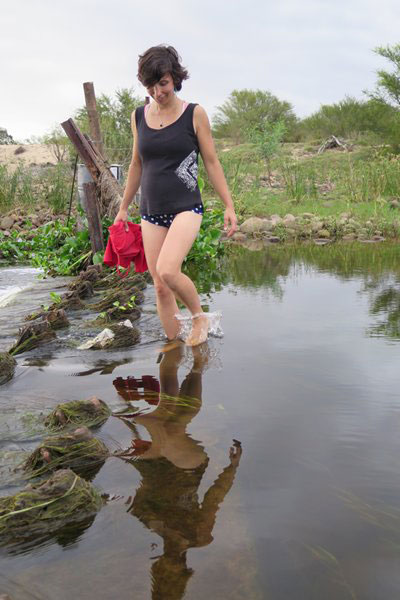 Several things have surprised me so far:  Top of the list includes how much I’ve enjoyed the experience– I thought I’d feel heavier, more uncomfortable, more put out by the lack/change in exercise routine.  I sleep more, work *slightly* less but certainly less frenetically, eat well, socialise lots and take time just to sit and do nothing (which believe me is quite unusual).  And I really look forward to sharing the mountains, outdoor places and climbing with the sprog.  Maybe he or she will hate it and have other interests and passions, but I’m game either way.
Sounds like a big adventure.

*I’m not suggesting that having children is a ‘natural’ process that everyone should go through – that somehow your life will lack meaning if you don’t go down this road – I hate this kind of heteronormative nonsense.

Gosia is sponsored by 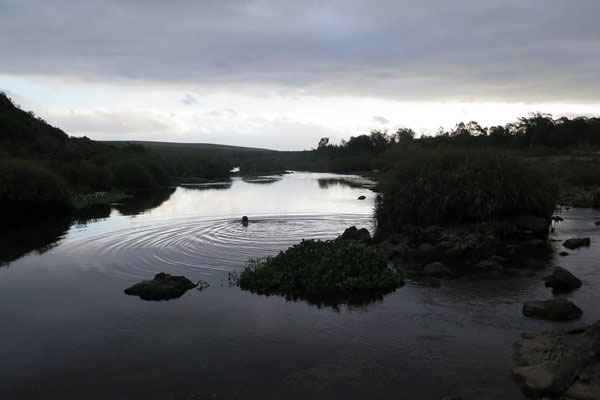 Swimming in the Breede River 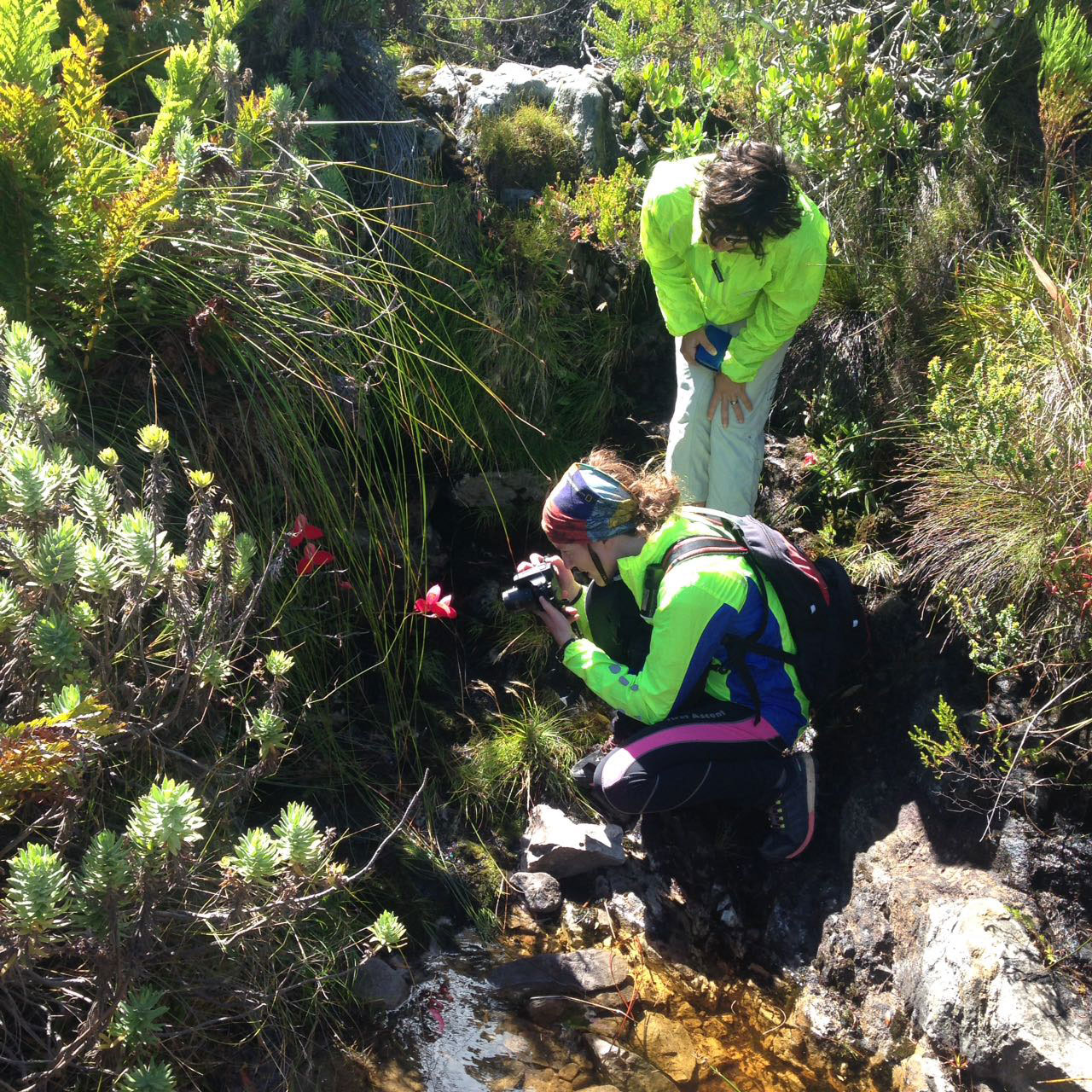 2 Responses to Climbing While Pregnant