You are here: Home › New Line at Truitjieskraal
Posted by Justin Lawson on Jul 4, 2017
7

Malcolm Gowans opened a route recently at Truitjieskraal on the King Cobra Prow.

“I’ve had my eye on for some time on the King Cobra prow.  It’s not your typical sport route in that the line is indirect.  It follows the line of least resistance, snaking its way up an impressive wall and goes at an accessible grade 19/20.

The climbing in the first half is very “trady” and the upper half is fun, exposed face climbing.  I’ve given Snakes & Ladders *** but would like to hear what other think of it.” 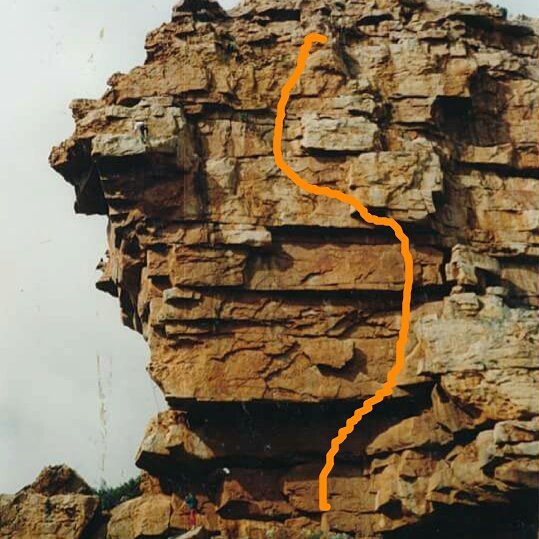 7 Responses to New Line at Truitjieskraal