The big project on Africa Amphitheatre, Table Mountain, has been sent!  The route received its first ascent over two days on 28 and 29 January, with an overnight on a ledge.

Tinie Versfeld, Dave Birkett and Hilton Davies, sent the ten pitch, 250m route by doing six pitches on the first day and four pitches on the second day. Every pitch was led clean and with no falls.

The route is to the left of Africa Safari and Africa Amphitheatre and takes blank-looking white walls, stepped-out faces and huge roofs. There were 23 outings on the route over two years to figure out what could work and to wire-brush lichen off the rock.

Every pitch is sustained and of very high quality. The two hardest pitches required one of the best trad climbers in the world to get it done – the semi-South African brit Dave Birkett from the Lake District. By all accounts this route is world-class! 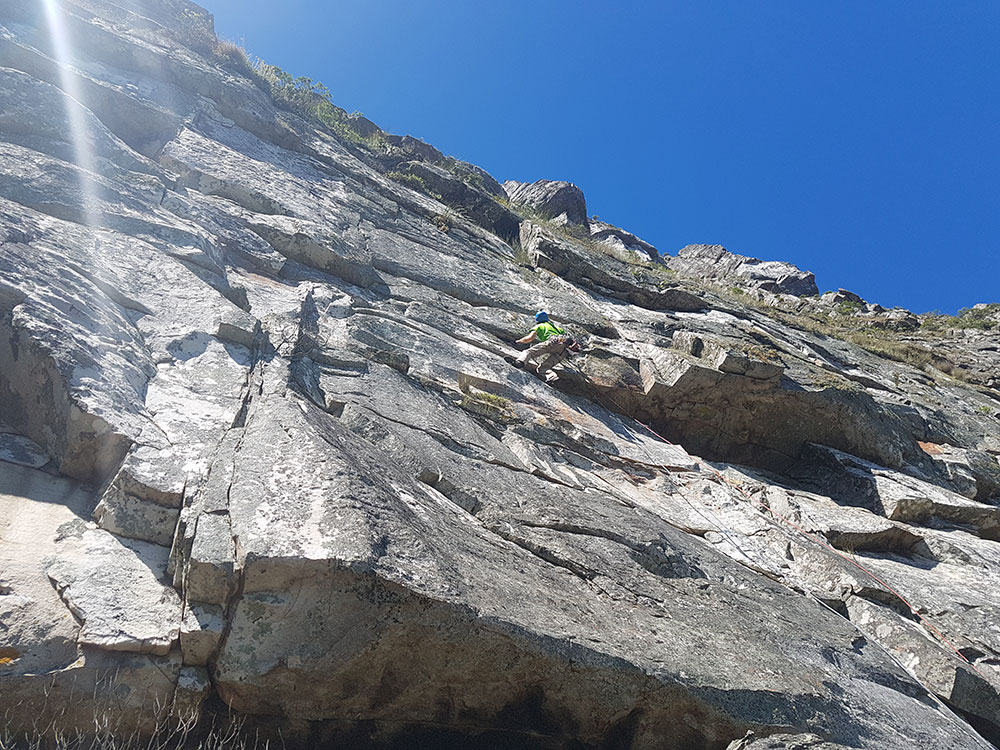 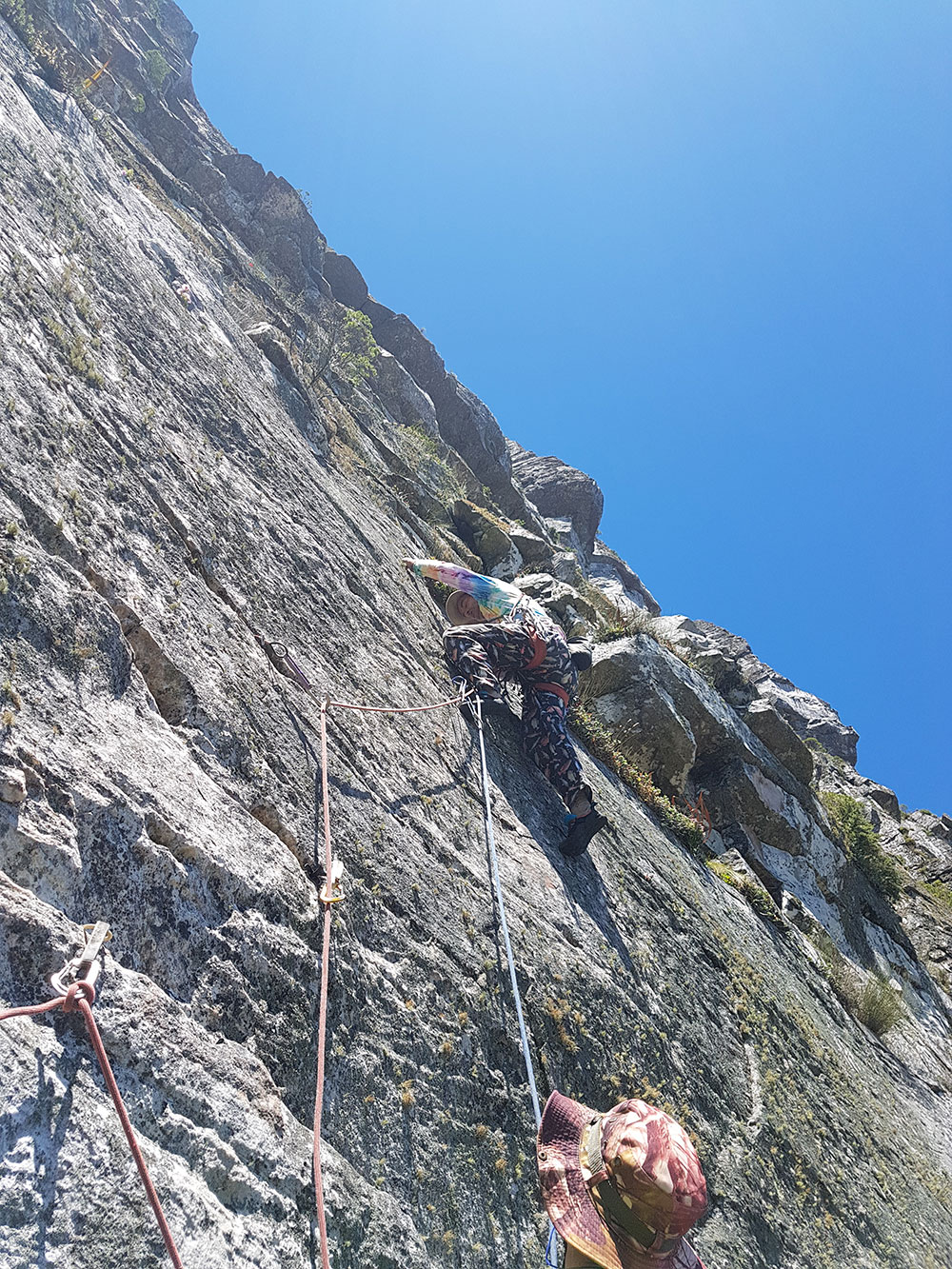 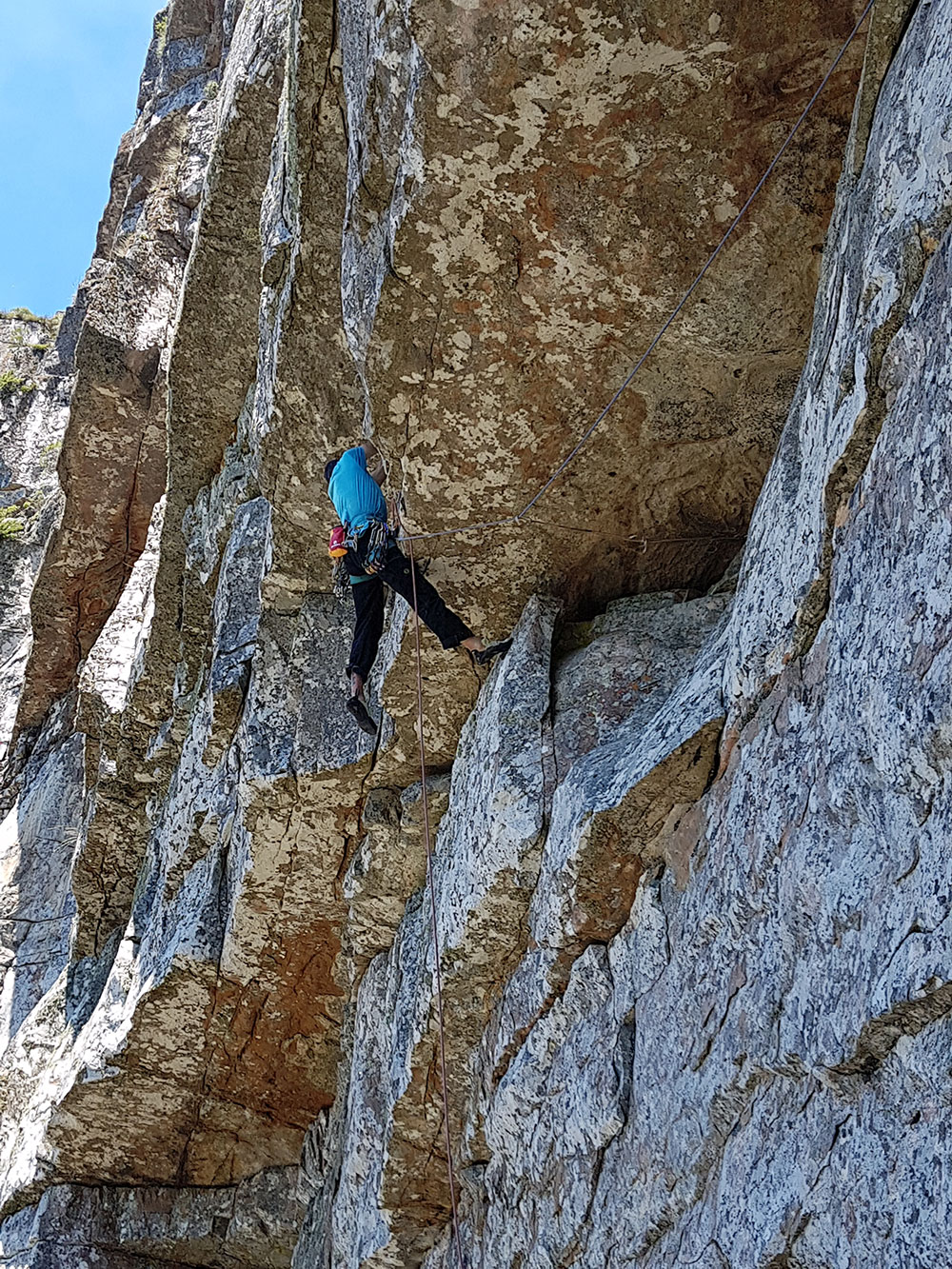 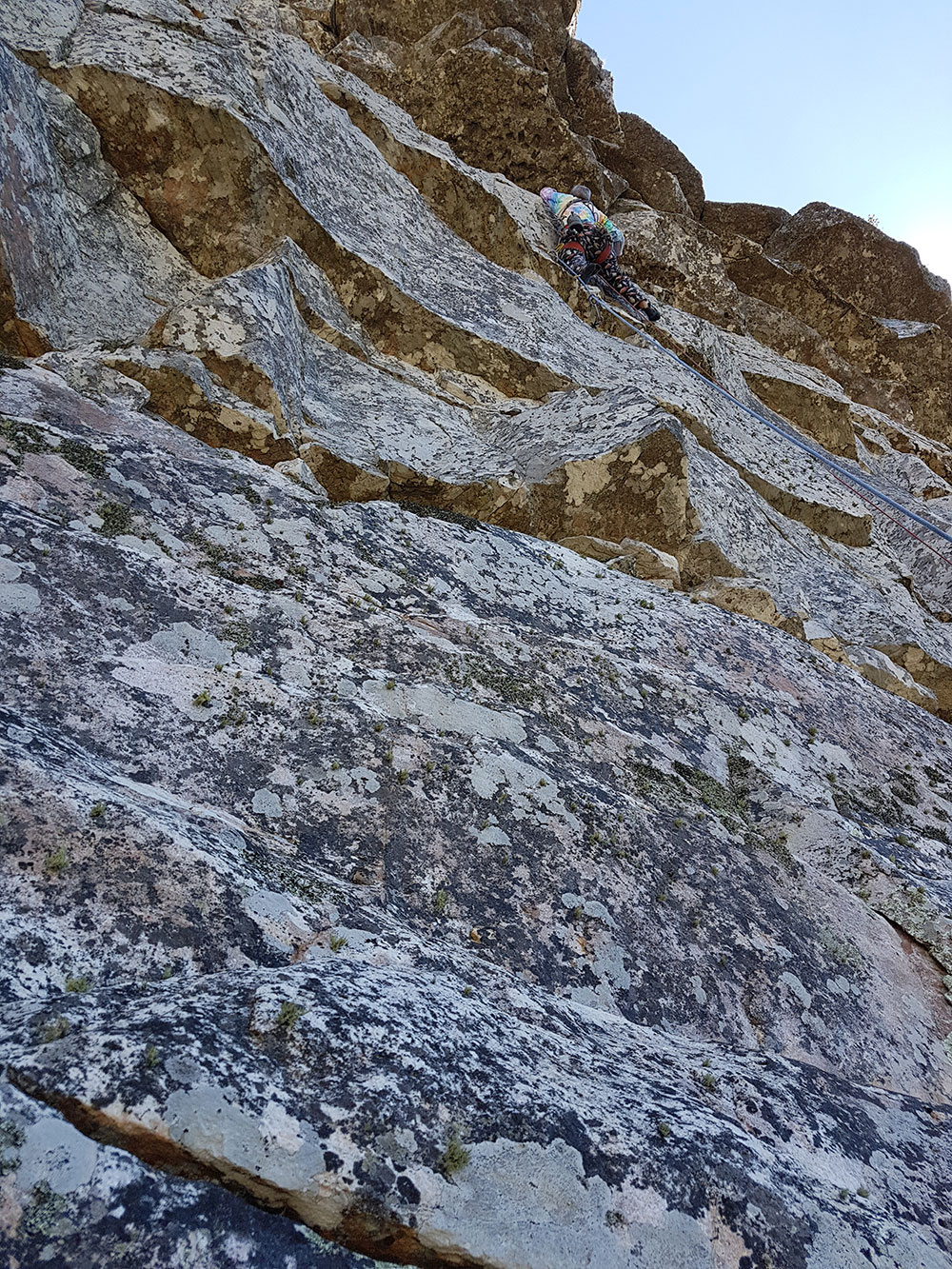 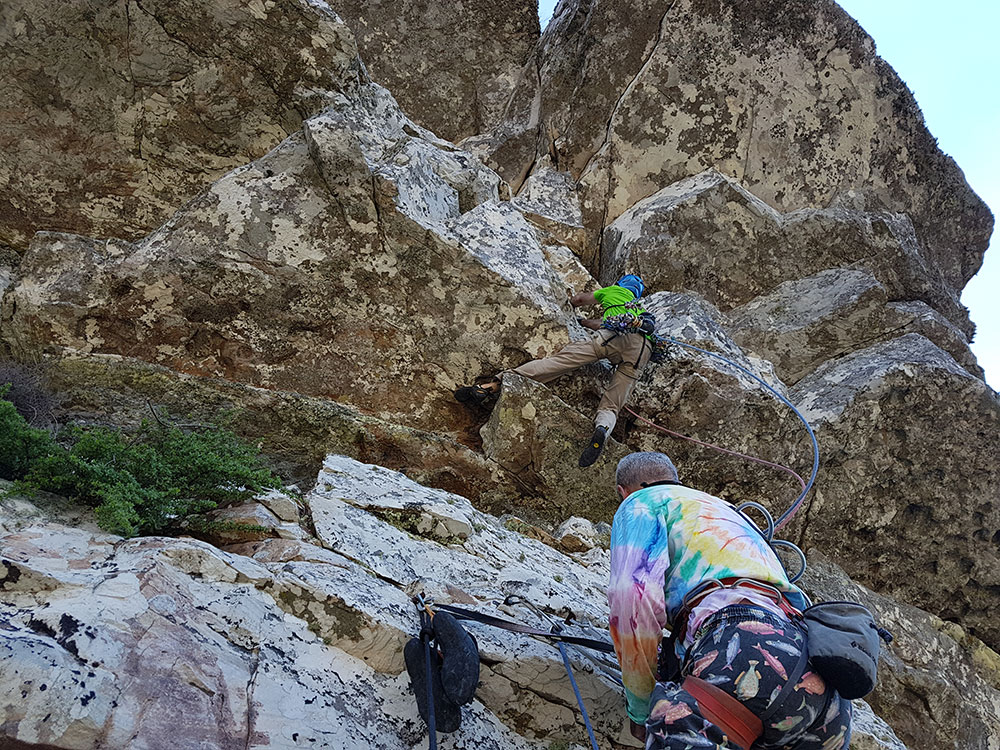 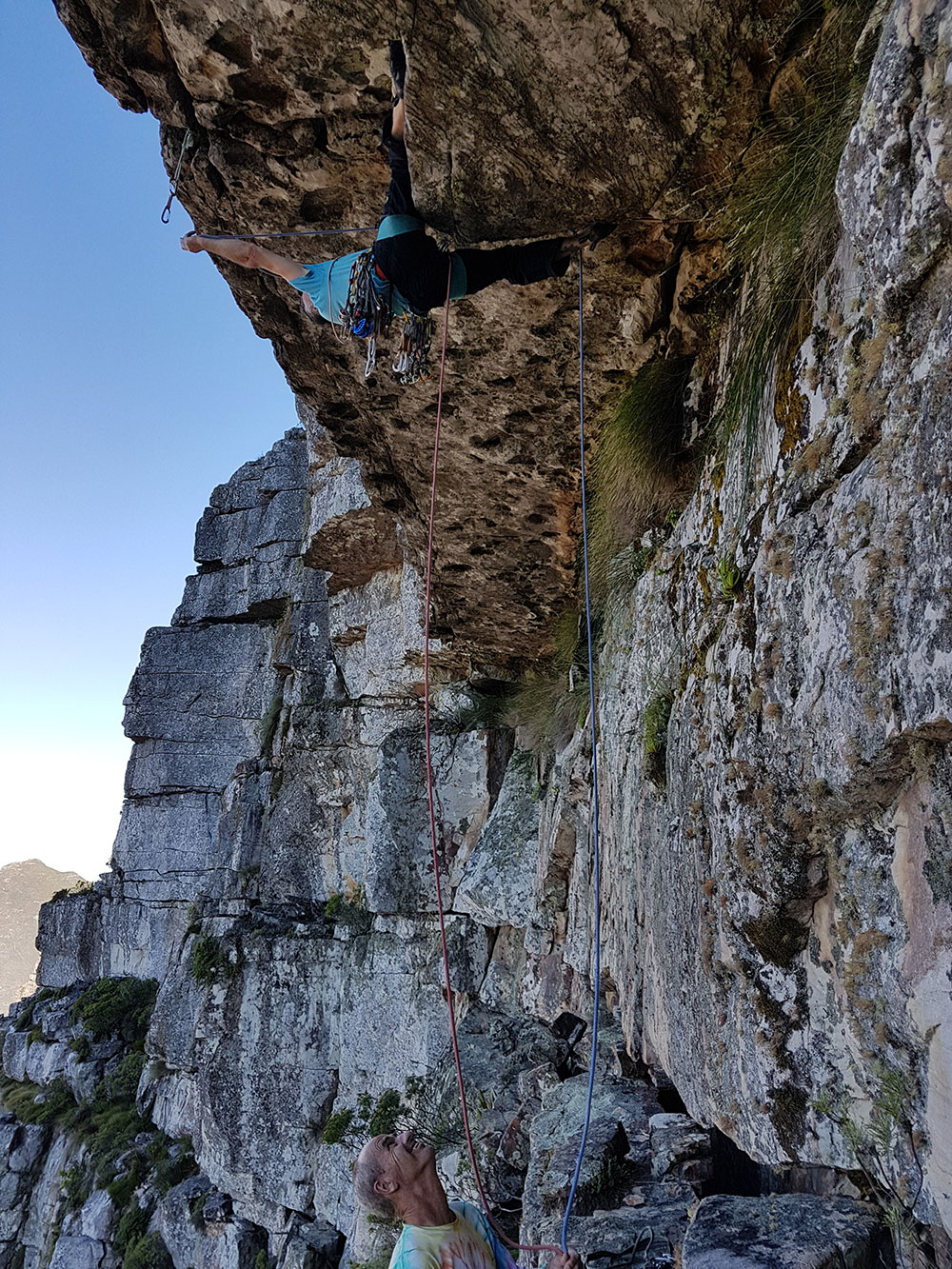 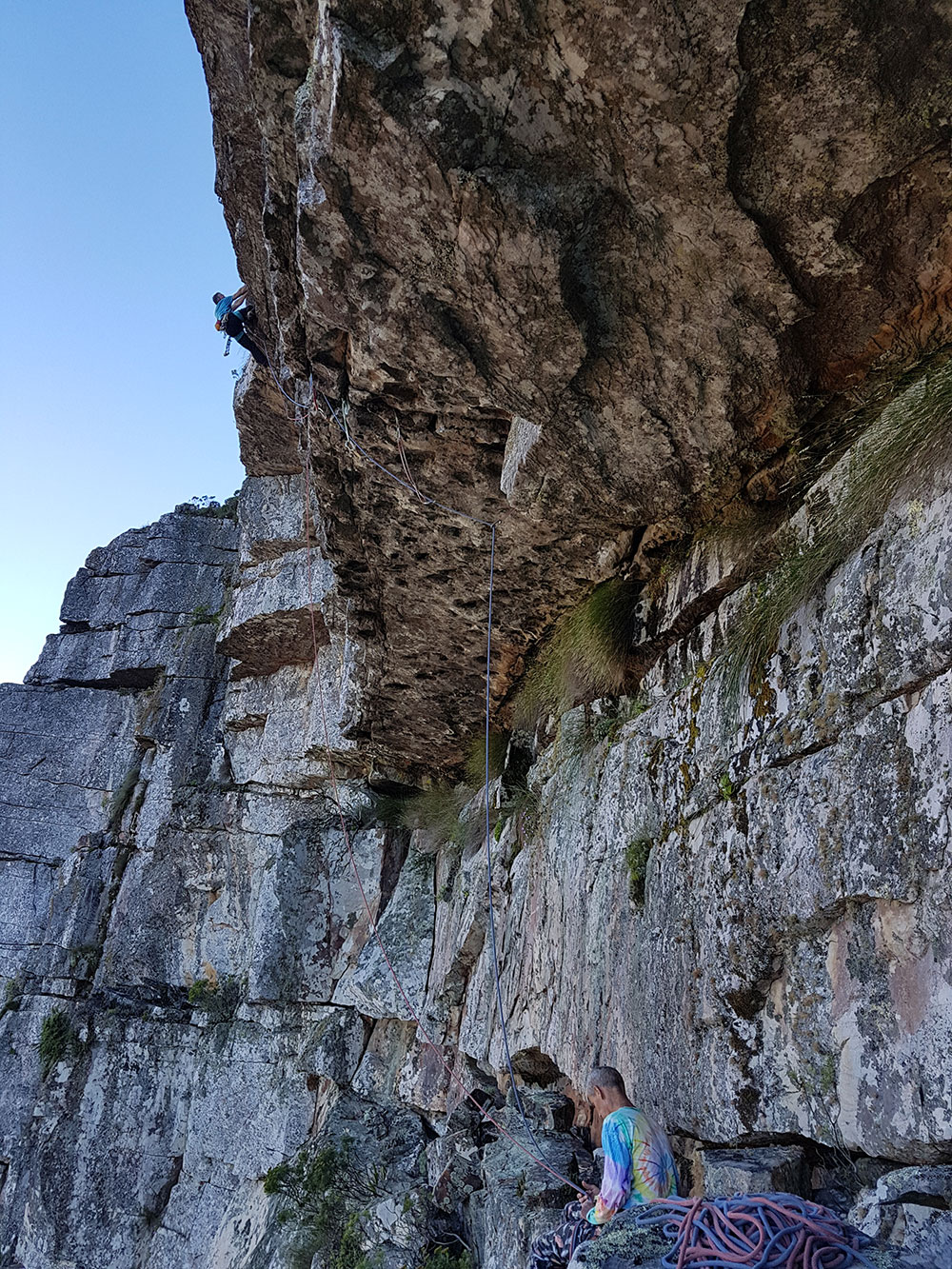 An afternoon nap between the sends 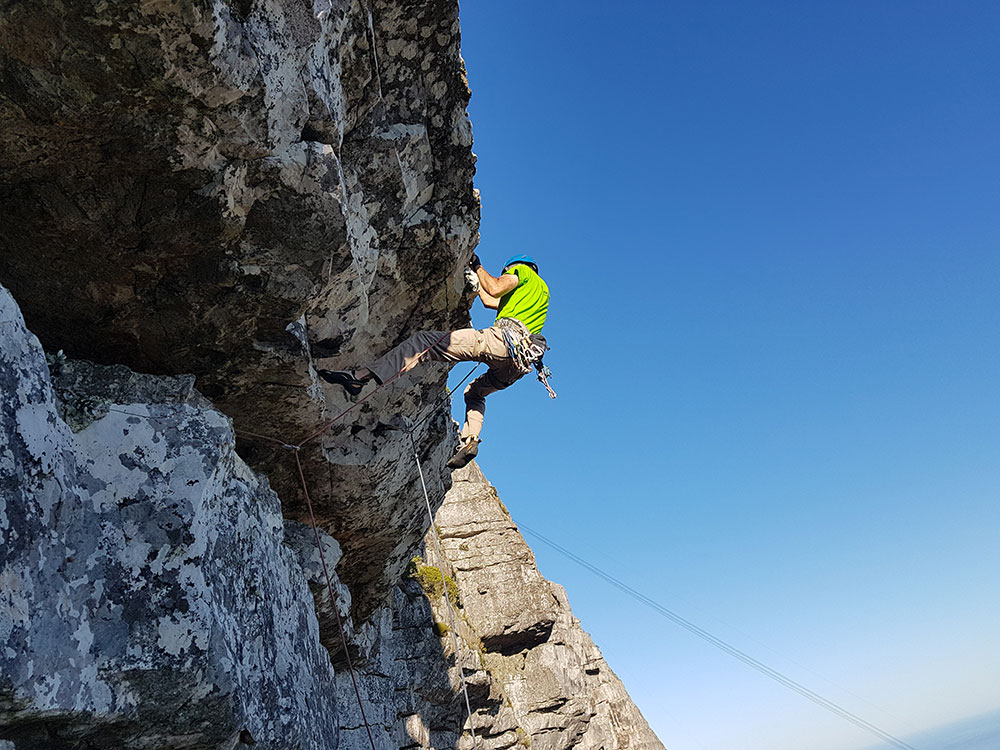 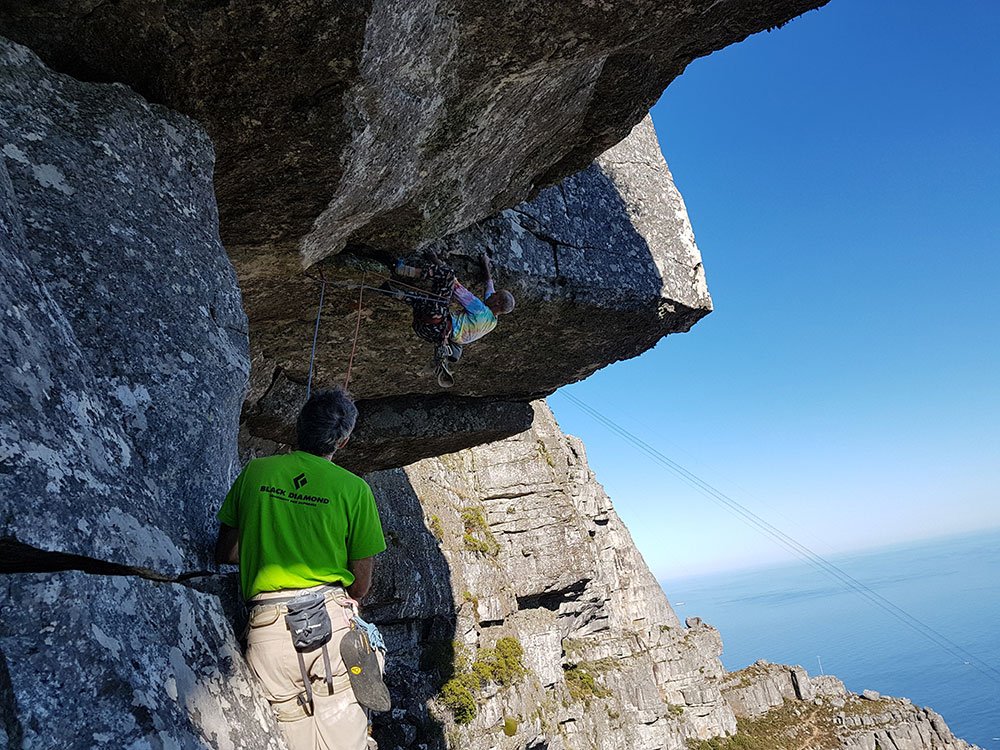 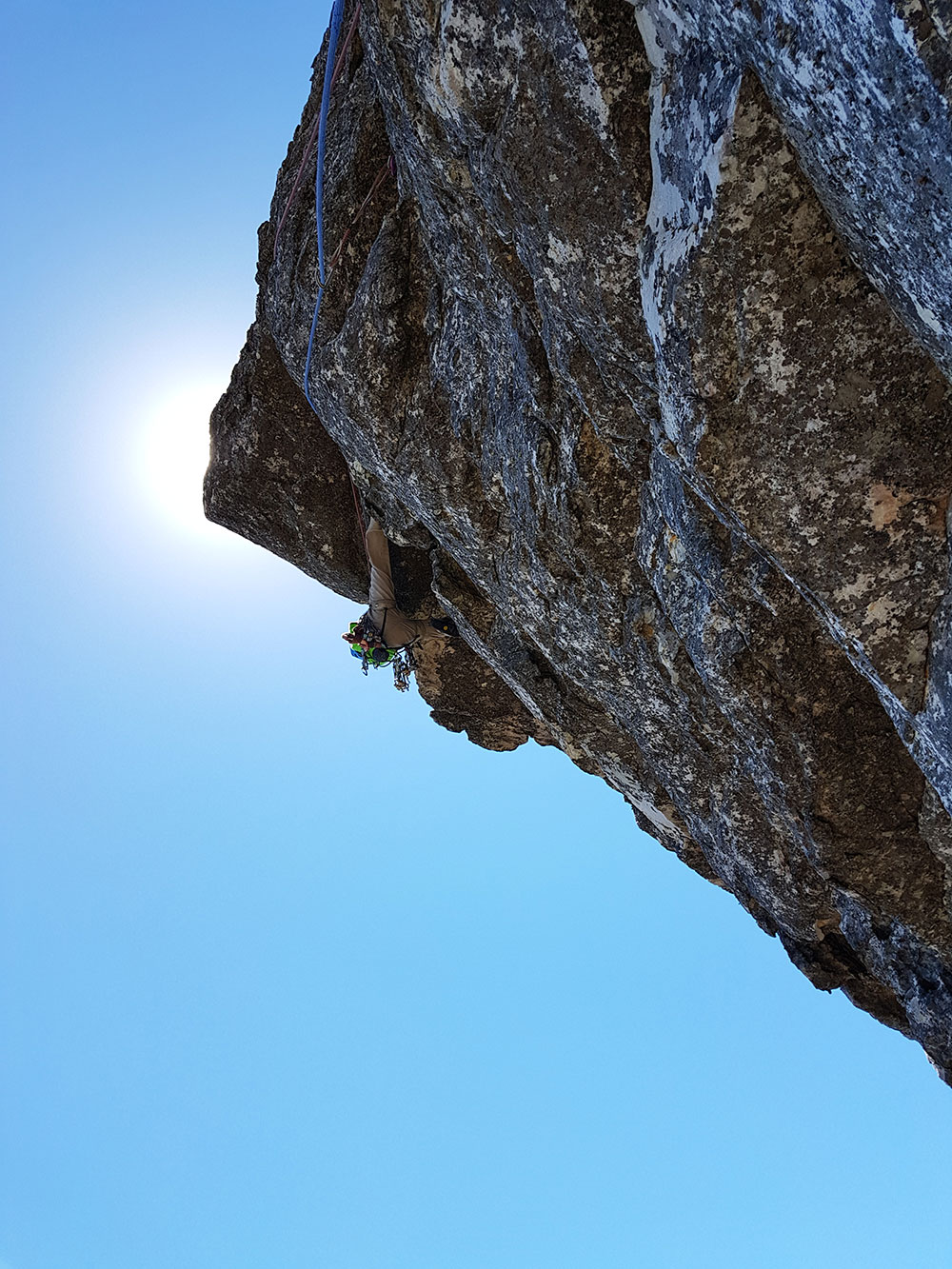 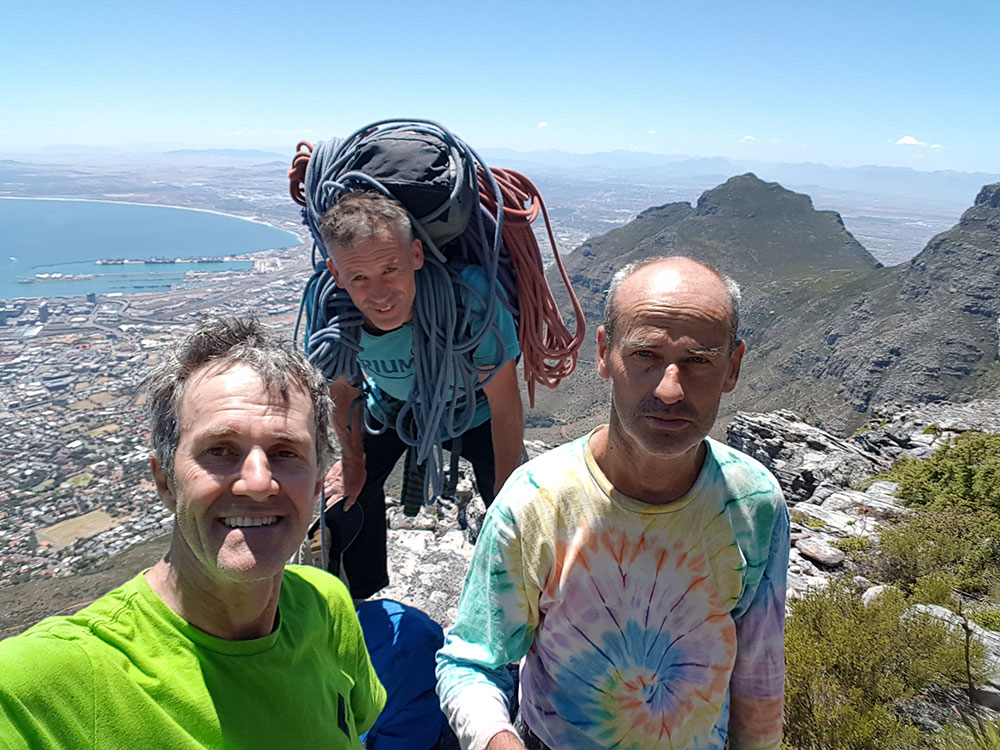 The Topout ! From left to right – Hilton, Dave and Tienie

7 Responses to Roof of Africa