You are here: Home › Babsi Zangerl Sends Her First 9a in Switzerland
Posted by Justin Lawson on May 24, 2018
0

Straight off the graveyard shift at the hospital, and at the end of a long, wet day at the crag, the Austrian climber Barbara “Babsi” Zangerl blasted her way up Speed Intégrale (9a/5.14d) in Voralpsee, Switzerland. 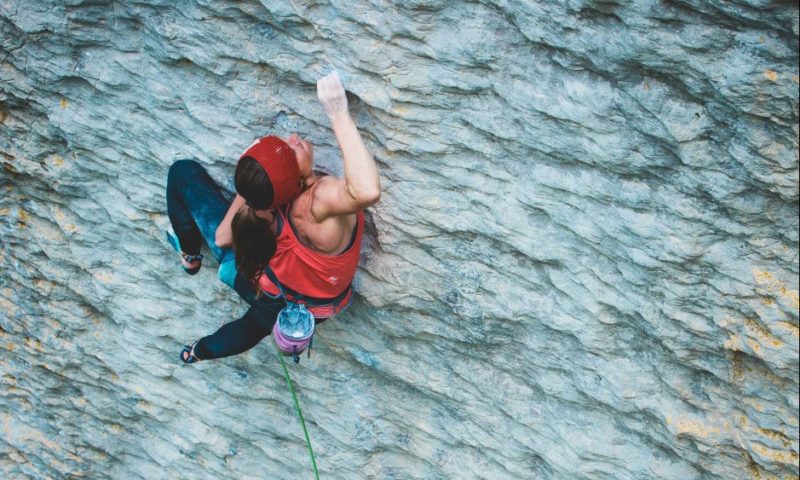 Speed Intégrale is a crimpy 9a extension of Beat Kammerlander’s Speed (8c+), first freed by Cédric Lachat in 2010. When she snagged the redpoint, Zangerl had never even climbed Kammerlander’s route, and instead had been training exclusively for the extension, Intégrale, working the route for around 13 days before her send, beginning in late March. “My goal was Speed Intégrale from the beginning on,” Zangerl said. “I had never sent Speed before. I climbed a lot in Voralpsee before, but just for training, repeating the easier routes there to get fit for alpine climbing in the Alps. This year I wanted to focus on Intégrale because I thought it would be cool to invest more time in such a mega sport climbing route.”