Apparently, 30 July had been declared National Get Off Your Butt And Actually Hike Up Table Mountain For A Change Day.  The cable car was closed for annual maintenance, but the weather was perfect, so whaddaya know: people gave it a bit of a think and realised they could *walk* up the mountain.

We gave a lift to a French girl who wanted to go up and down Platteklip Gorge.  Although we tried our best to persuade her that our route was going to be more fun than hers, she appeared terrified of us (Ted, what *did* you tell her?), and did a rolling jump when we got to Tafelberg Road.  Other people who didn’t join us were Catherine, and Cuzzie, who Wanda freaked out by showing the following photo: 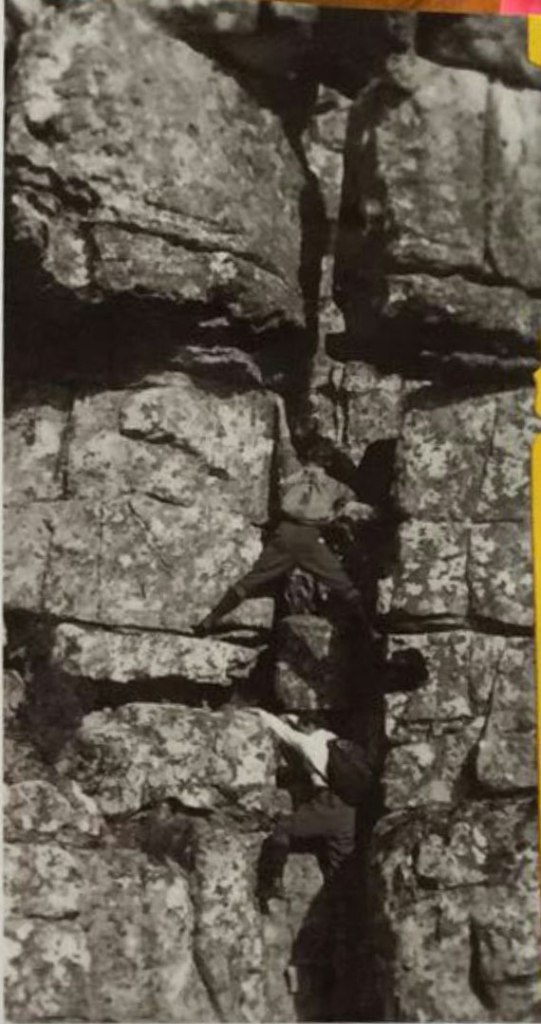 It turned out that we were immensely grateful that it was just the Hardcore Four on this hike.  Not only did we attempt a stunt climb up a slippery chain on Kloof Corner (Wanda’s little finger will never be the same), but we also missed the route we’d intended to take, thus qualifying as ‘lost’ for well over half the hike. Plus, Martin did his usual thing of trying to lead us to our doom by ignoring the actual path and heading off through blister bushes onto a five-centimetre-wide ledge over a definitely deadly drop.

The plus side of our slightly odd route was that we avoided most of the traffic. The only people we saw much of were a couple of mad mountaineers, who effortlessly overtook us carrying 20 kgs of gear each even though they were probably 20 years older than us (well, Wanda). All in all, it was an excellent way to celebrate National Get Off Your Butt And Actually Hike Up Table Mountain For A Change Day.

Duration: 4h15 (including lots of leisurely stops and a couple of chats with Hilton and Tienie)

Trail directions we used: None, since we failed to find the route we were aiming for. But if you do need trail directions for India Venster, they’re on page 146 of Table Mountain Classics by Tony Lourens

Parking: Leave one car at Platteklip Gorge and another at Kloof Corner (start from Kloof Corner).

Photographs of the India Venster Hike 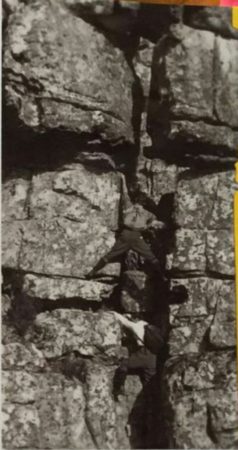 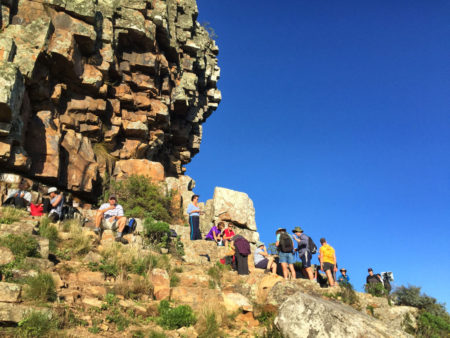 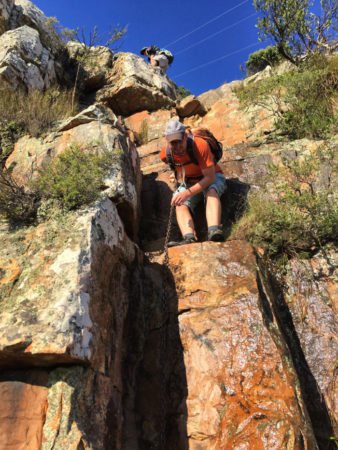 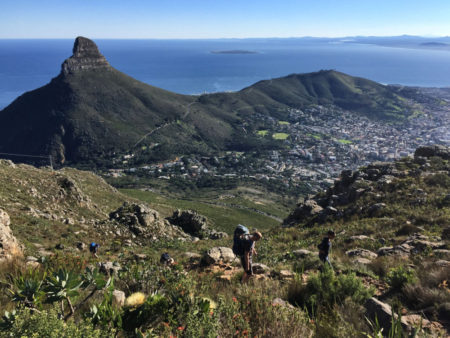 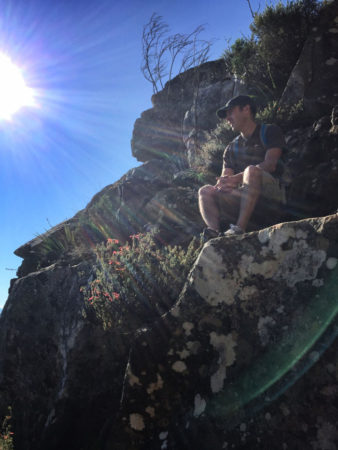 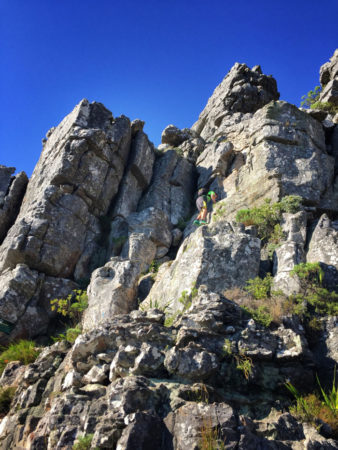 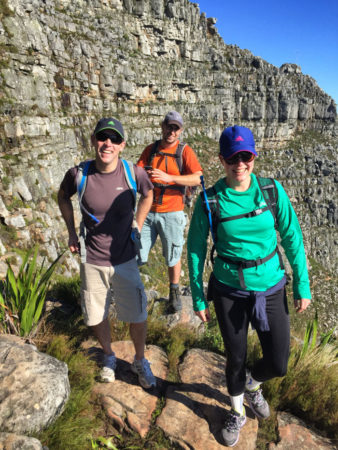 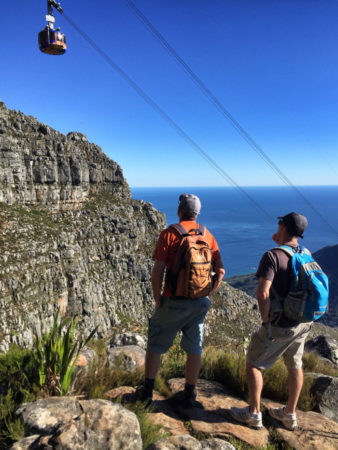 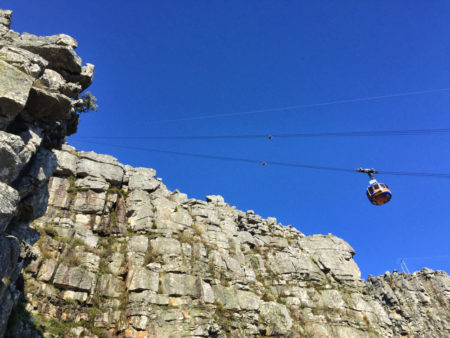 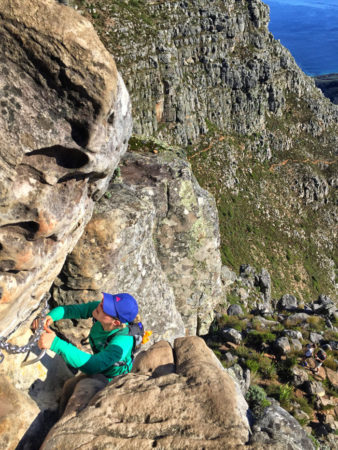 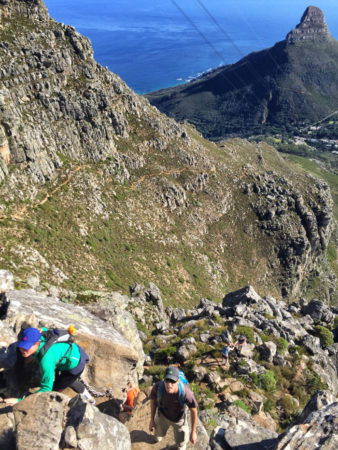 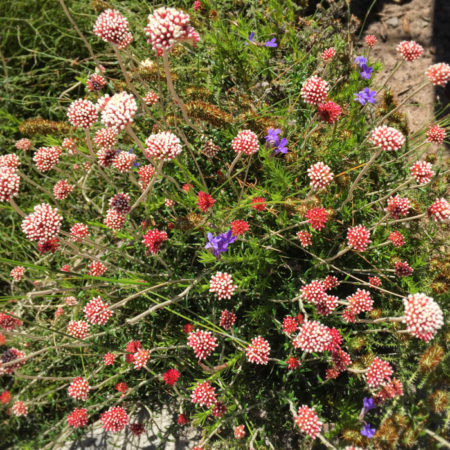 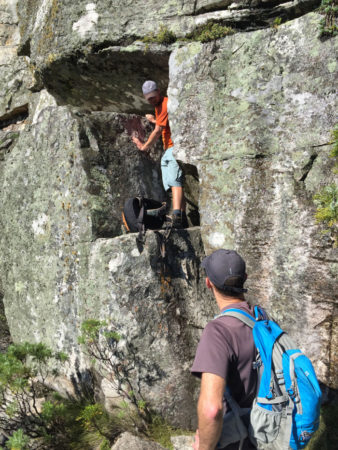 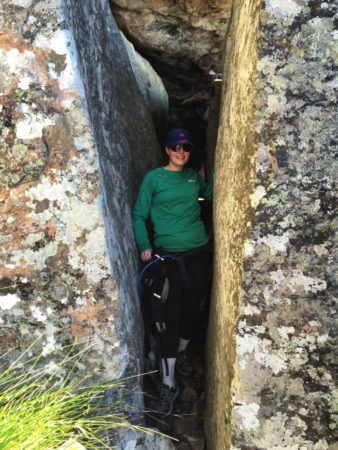 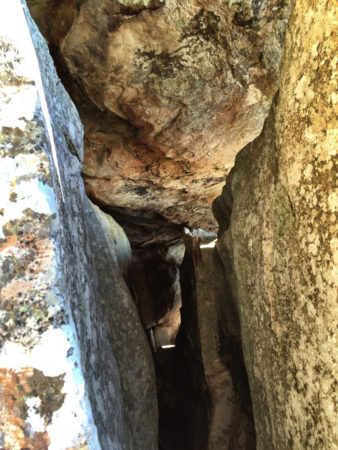 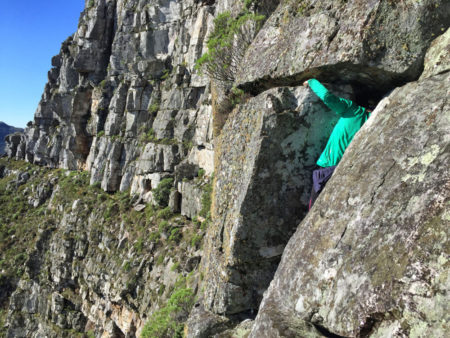 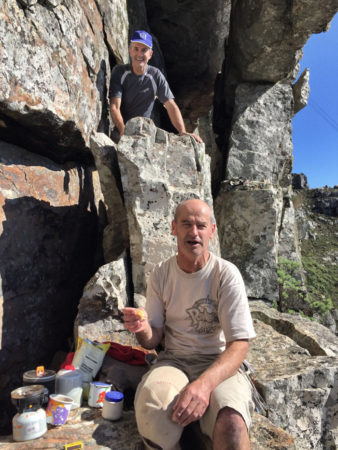 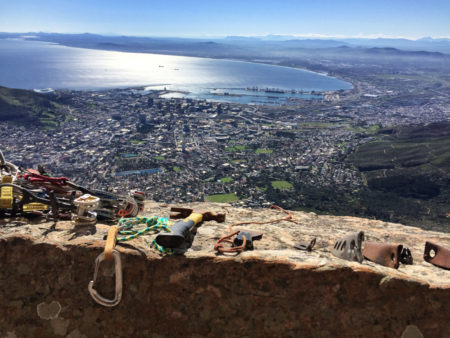 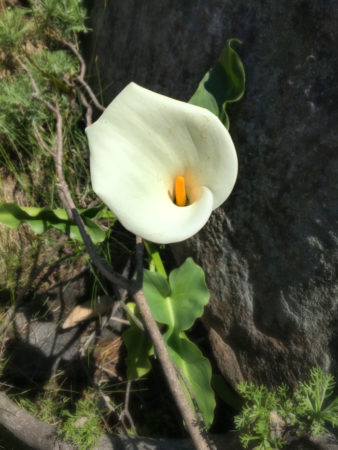 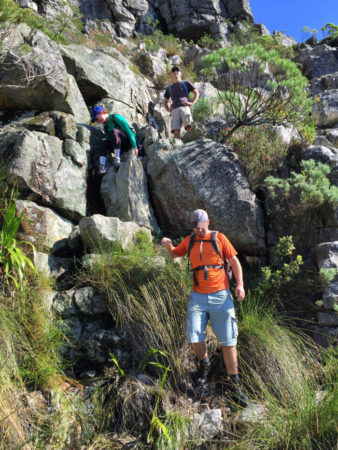 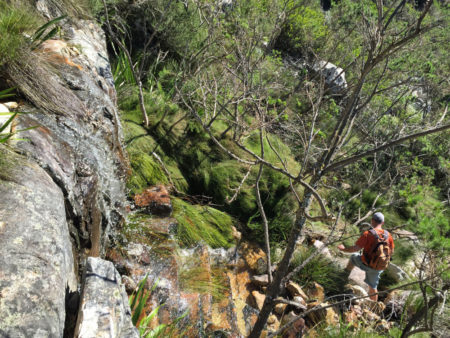 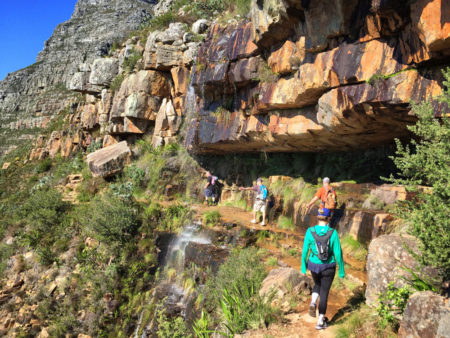 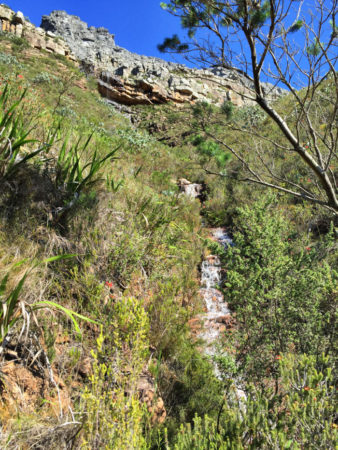