You are here: Home › Table Mountain’s easy targets: On the trail with a Hout Bay mugger
Posted by Justin Lawson on Aug 21, 2018
6

“You can do whatever you want. You can get away quickly. It’s easy.”

In the fishing community of Hangberg, below the westernmost kink of the Cape Peninsula’s crooked spine, lives a man who has, by his reckoning, mugged more than forty hikers and mountain cyclists in the last eight years. His name, for the purposes of this account, is Norton. He is diminutive and quick-eyed, with slicked hair and a bony jaw. He has thin scars across his forehead and neck. Although he is older than thirty, he looks, from afar, like a compact teenager, with arms too long for his body. He is not at all physically imposing but is capable of astonishing acts of violence. 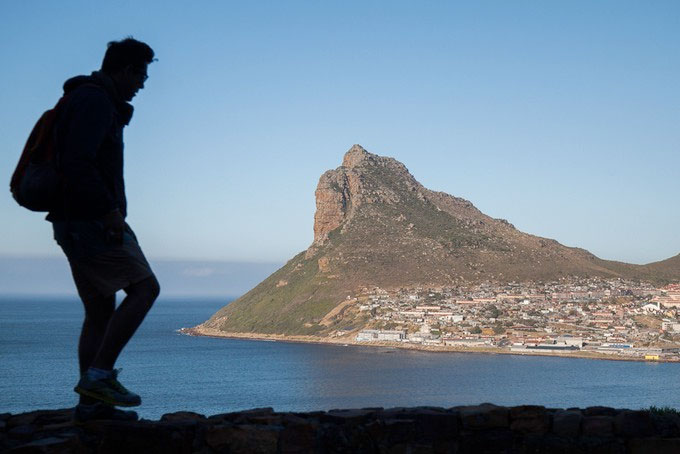 His first mugging took place at the base of the Karbonkelberg trail, less than two kilometres walk from his current home, an overcrowded tenement belonging to his aunt. The trail winds steeply towards an abandoned radar station, built during World War Two, and offers grand views of Hout Bay and the Atlantic. It was once a popular recreational route but has become a mountain crime hotspot over the last decade, drawing fewer visitors than it used to. Most updated guides carry warnings — “It is not recommended that you go alone. Keep a mace spray on you for extra protection. Do not display your gadgets too publically,” advises one Western Cape hiking blog. Table Mountain Watch, a volunteer safety group, declared the area a no-go zone in 2010, a few years after Norton began working the slopes.

“It was a gay guy with a 4×4,” he told me of the incident that established his routine. “He had six or seven ladies with him. I was waiting a few turns up from the gate and watched them park. As they approached I hid myself in the bushes and started to practice. When they passed I took out my gun and asked them just to relax.”

Norton demanded their cash, jewellery, and cellphones, making them lay the items on a jacket to avoid scratches. Then he told them to step backwards. “You get mad people who will grab the gun or try fight. I didn’t want to shoot anyone; then I’d have had to shoot them all. Not that I don’t have the guts.”

Continue reading this article on groundup.org.za

Article by By Kimon de Greef

6 Responses to Table Mountain’s easy targets: On the trail with a Hout Bay mugger