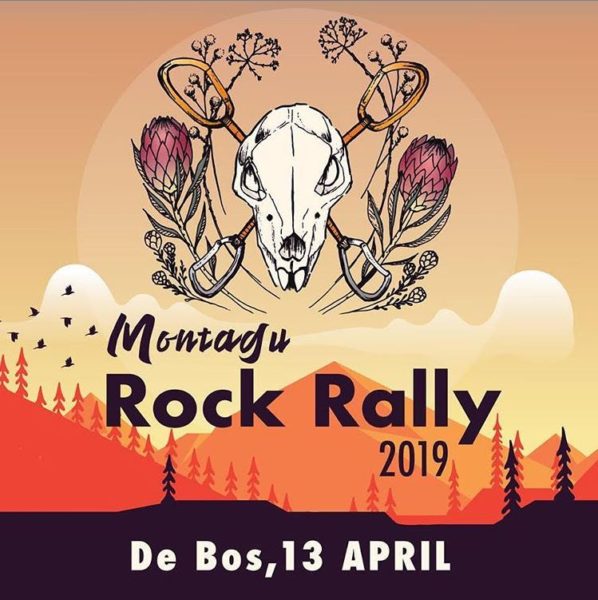 Chance of wet weather, roadblocks and early mornings couldn’t stop just over 100 climbers from coming to Montagu to participate in the 2019 Rock Rally.

Competitors of all ages and level rocked up to climb as much and as hard as possible in a day.

Saturday morning started with early morning registrations followed by the fashion show where we saw an interesting selection costumes ranging from Pac-Man and Speedos to climbing geeks and trumpet bands. After a quick briefing chaos ensued as climbers ran (or walked) all over Montagu’s rock faces to climb and much and as hard as they could.

During the day the search and rescue team and medics ambled around the campsite practising their rescue techniques if anything went wrong (which luckily it didn’t) and the organisers hid some Easter eggs around the campsite for the early arrivals, while climbers like Nicholas Allan sent Hypoxia (29), Adam Ludford made a repeat on Switchbitch (31) and beginner climber Andile Mngoma sent his first 22 on his second time on rock. Everyone had a different tactic in mind but those who focused on flashing and onsighting as many routes as possible had the clear point advantage.

Just after midday we expected everyone to return early as light rain started to fall but the climbers were determined and climbed to 7pm and submitted their scores just before the cut off times. While the organisers frantically sorted the scores out. Tracy from De Bos started pouring the beer and wine and The Culture Lab team made some yummy kombucha based cocktails.

Andy Davies acted as the MC for the night announcing the top three for each category (scores below) as well as notable prizes such as best dressed, best send of the day, most notable send and most psyched team (Dream Higher). Once all the formalities were done the party could start and those with a little bit of energy left danced the night away.

A big thanks to Tracy from De Bos for hosting us, The Mountain Search and Rescue team, Andy Davies for being our MC for the event and to all our sponsors: Black Diamond, Bos Ice Tea, Beal, Petzel, CityROCK, Bloc 11, Vaude and The Culture Lab