K2. Significant and Magnificent. Treacherous and Deadly. But the Mountain Was Only Part of the Challenge. Life, Death and Enlightenment at the Very Edge of Existence.

“One Man’s Climb is a remarkably honest and transparent account of the challenges, both externally and internally, that anyone who dares to take it on experiences.  I congratulate Adrian for this fascinating read, for attempting K2 and for becoming one of only a tiny handful of Britons who have reached the top – and lived to tell the tale.” – SIR RANULPH FIENNES, Foreword, One Man’s Climb.

The mother of all mountains, K2 is a savage beast.  Those in the know call it ‘the mountaineers’ mountain.’ Attempting to climb the world’s second highest mountain means staring death in the face and risking your life.  Therefore, what on earth inspires high-altitude mountaineers to tackle its fearsome heights?  The drive to push boundaries, achieve something monumental, leave a legacy, all these things play a part.  As does the desire to achieve something significant; to ‘feel the fear and do it anyway.’

Adrian Hayes relishes a challenge and has had plenty of them in his high-octane, adventure-fueled life.  Having trekked all the way to the North and South Poles and summited Mount Everest amongst numerous other achievements, Hayes saw K2 as the ‘big kahuna’ – one of the world’s steepest, most technically difficult and challenging mountains to climb. Furthermore, K2’s high altitude and notorious conditions – sheer rock and ice faces, rock fall hazards, deep snow, appalling weather and avalanche dangers – make the chances of a successful summit incredibly low. 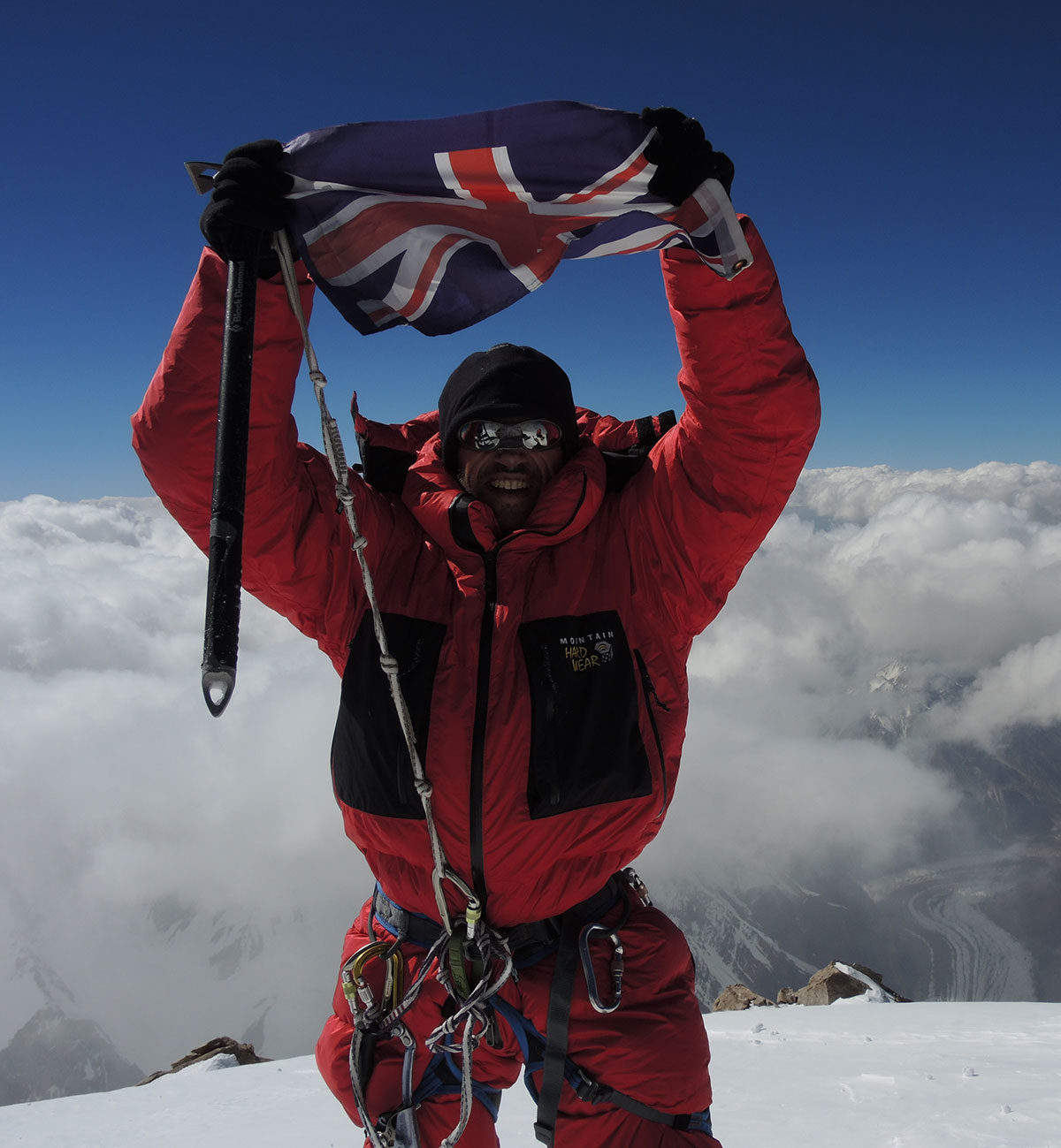 One Man’s Climb chronicles Adrian Hayes failed attempt to summit K2 in 2013 and subsequent success the following year.  The two-and-a-half-year commitment he gave to the mountain was life- changing and came at a great personal cost.  Struggling with guilt and regret as a father, Hayes talks candidly about his parallel journey of a traumatic five-year battle through the British family courts to have contact with his children – an emotional challenge he regards as being as hard as climbing K2.

Hayes’s gripping narrative shifts seamlessly from his personal domestic struggle to the profound events on K2.  The story of high-altitude mountaineering, being connected to nature and living in the present is compelling, as are his friendships with fellow mountaineers and Sherpas; the physical and mental hardships, triumphs and tragedies.  Significantly, Hayes was one of the last people to speak to acclaimed New Zealand mountaineering guide Marty Schmidt and his son Denali.  Both tragically died on K2 in 2013. Hayes broke the news to the outside world. 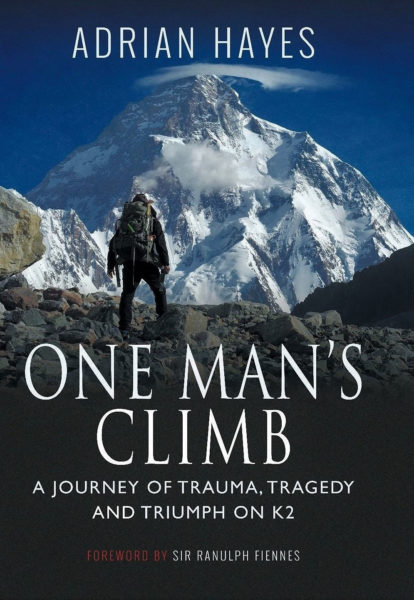 One Man’s Climb is a deeply moving, intensely personal story about the beauty and brutality of life, and death, on the world’s most perilous mountain.  Confronting and hard-hitting, Hayes talks about the madness of our material, technology-ravaged world, the real reason adventurers attempt major feats and controversially debunks the ‘adventure for charity’ claims. Hayes’s is equally blunt about his internal journey, motivations and struggles, emerging from his summit experience with renewed self-awareness, profound personal insights and powerful lessons for our lives in the world below.  “When one tackles death head on, when life is stripped to those bare elements and when one is in complete connection with rock, ice, sun, sky and stars, our priorities in life take on a whole new meaning.  I look at materialism, consumerism, vast possessions and flash cars with amusement – even though I’m a ‘petrol head’ F1 fan.  They mean nothing at 8000 metres and in reality, should mean little at sea level.  None of them ever bring happiness or fulfilment and, indeed, merely add to the clutter and chaos of our lives,” says Adrian Hayes.
Absorbing and self-reflective, One Man’s Climb is as much a story of climbing a mountain as it is a compass for conquering the mountain within all of us.

Adrian will be in South Africa from 15 – 19 July 2019. He will be presenting his experience of K2 as well as the incredible lessons learned. Guests will get to meet him after the presentation at the book signing:

About the Author:
Adrian Hayes is a record-breaking adventurer, author, keynote speaker, leadership and team coach, documentary presenter and sustainability campaigner. An Arabic and Nepalese speaking former British Army Gurkha officer and Special Forces soldier, he has two Guinness World Records for Polar expeditions to his name, has presented or featured in three documentaries, and is also the author of Footsteps of Thesiger, an account of his journey across the Arabian Desert.