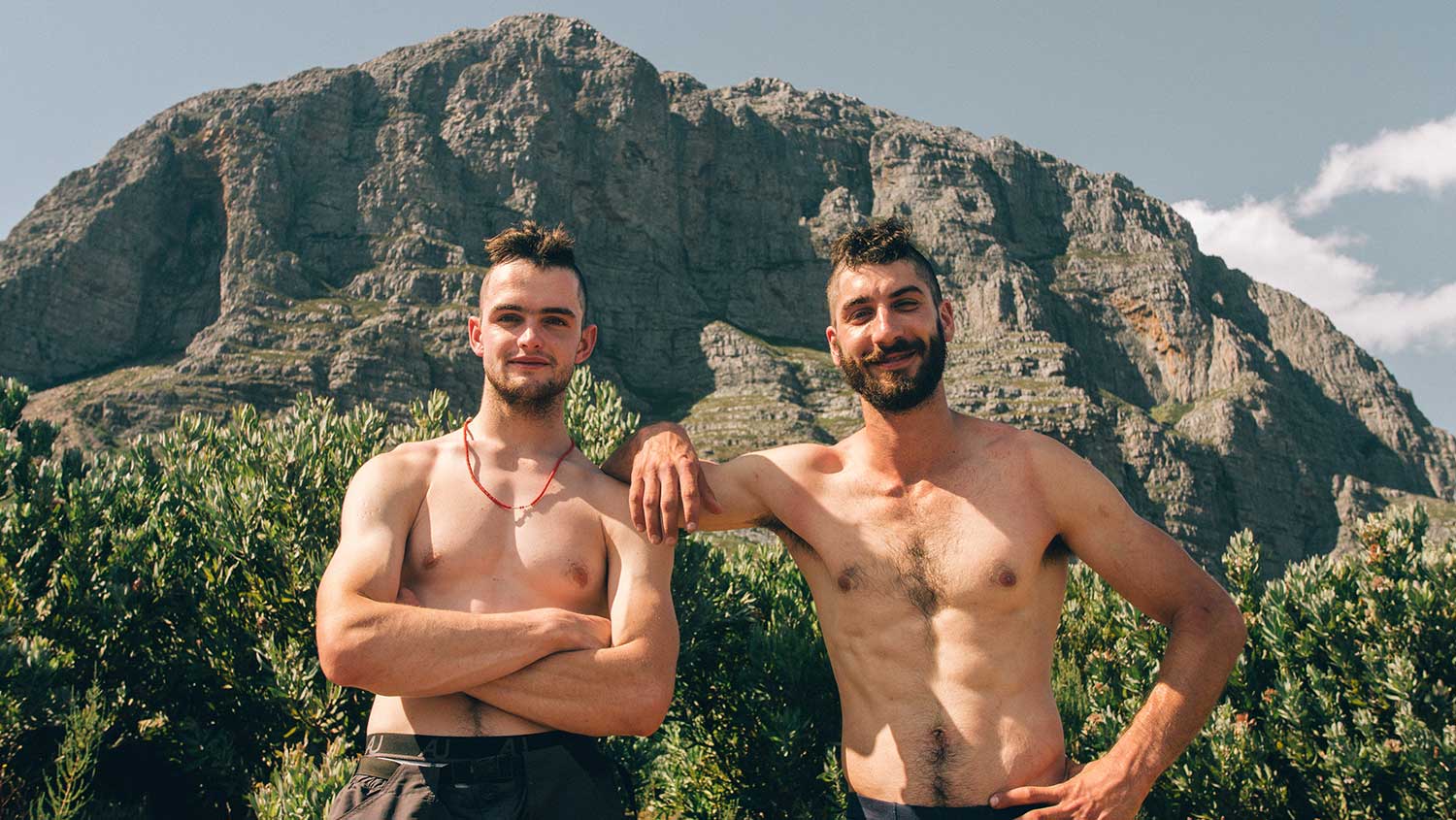 Andy Court & Teodor Iliev have successfully completed, what they call ” The Bobby Woods Challenge” in memory of the late Bobby Woods. Bobby was a highly accomplished South African mountaineer who passed away April 2010 on a mountain accident.

“The Bobby Woods challenge” is set to be one of the biggest mountaineering endurance challenges in South Africa.

It involves climbing three of South Africa’s most iconic, classic country big walls back to back as fast as possible using modern trad climbing techniques. The three big routes are Frontal on Klein Winterhoek, North West Frontal on the Du Toits Massif & Exposure in F major on the Witteberg.

The challenge includes 40+ km of off trail hiking, over 1000m of rock climbing on 3 different mountains, 14 abseils with 1.5hr of driving in-between the walls.

Andy & Teodor set off early morning on Saturday the 8th of February from Winterhoek farm. The legendary Hilton Davies, offered to act as their personal driver & mentor during the entire challenge.

A documentary crew led by Garrreth Bird with Julia Wakeling, Daniel Manners and Daniel Walsh as the documentary team.

They set out hiking from the car on Jannies farm at 4:30am on Saturday 8th February to start the enormous 3 hour fynbos bundu bash approach to the base of the 300m Klein Winterhoek Frontal. The first of 3 big walls to climb in the challenge.

Teodor & Andy took the direct approach via the 150/200m D grade scramble unroped directly under the official route. At 7:35 Andy lead one long simul climbing pitch to the end of the Yates Traverse, then Teodor lead the final segment to the summit. Two hours to complete the 300m rock route.

Hastily they reached the summit of the climb at approximately 9:25am writing their names in the summit book. Teodor wrote “on our way to complete the Bobby Woods challenge”. They started the steep descent gully, bum sliding, fynbos bashing, swimming their way through head high fynbos flora finally to reach the car at around 12:15.

Hilton cheering and praising their completion of the first chapter. There was still a long way to go. The next part was a 1hr car drive to Du Toits kloof.

By 16:32 they begin the first 80m D grade scrambling. Starting up the simul climbing segments. Andy & Teo very quickly realised the seriousness of the route. Darkness approaching quickly, at this stage they pitch out the route in large portions instead of taking risk with the simul technique. The night was warm & calm. A ink black dark valley below with the full moon lighting only the spectacular amphitheater which surrounded the two climbers as they chipped away at their objective.

Andy lead the tiles pitch and Teodor lead the crux crack pitch in the dark. Reaching the top, Andy announced over clear radio comms with Garrreth & Julia at 23:45 who are on the other side of the valley on the summit of the Witteberg. The two parties communicated with radios comms and headlights from across the valley which was kind of mind boggling.

Cloud cover swooping over the nearby peaks, Andy & Teodor now began the 9 abseils down the frontal route. A cloud came in quickly hovering over the entire massif. They struggled to see as they abseil down the giant amphitheater through midnight.

Reaching the base by 03:05am completely shattered, but Still psyched as ever to continue on to Exposure and finish this beast.

In the blackness of the early morning they trundled their way back down from NWF, crawling under & over large tree trunks, crossing technical rock scree and jumping over river beds. watched by 3 pairs of what seemed to be feline eyes glowing in the darkness over looking their every move.

Finally bashing their way through the river to the final fynbos foothills before the highway. At about 5:30am North West Frontal was complete.

Andy & Teo now had the final route to finish, Exposure in F major. At 6:05am Hilton dropped the climbers at the start of the walk and off they went.

Two hours of uphill off trail hiking and scrambling to reach the base of Exposure at 8:05. At 8:20 Andy set out on his simul lead pitch and stopped early as he was not feeling very safe in simul climbing the route in his fatigue state. Teodor followed & the team decided to pitch the route out into four long pitches to keep things safe.

At 12:15 they tagged the final high point and began the 5 technical abseils down the Witteberg Massif. One of which a 50m wild swinging abseil. At 14:15 they reached the base of Exposure and began the final hike back to the car to complete the challenge.

At 15:30 Hilton Davies cheering and congratulating Andy & Teo as they crossed the finish line of this monumental undertaking.

The first ever “Bobby Woods Challenge” was complete at 15:30pm on Sunday the 9th of February 2020. 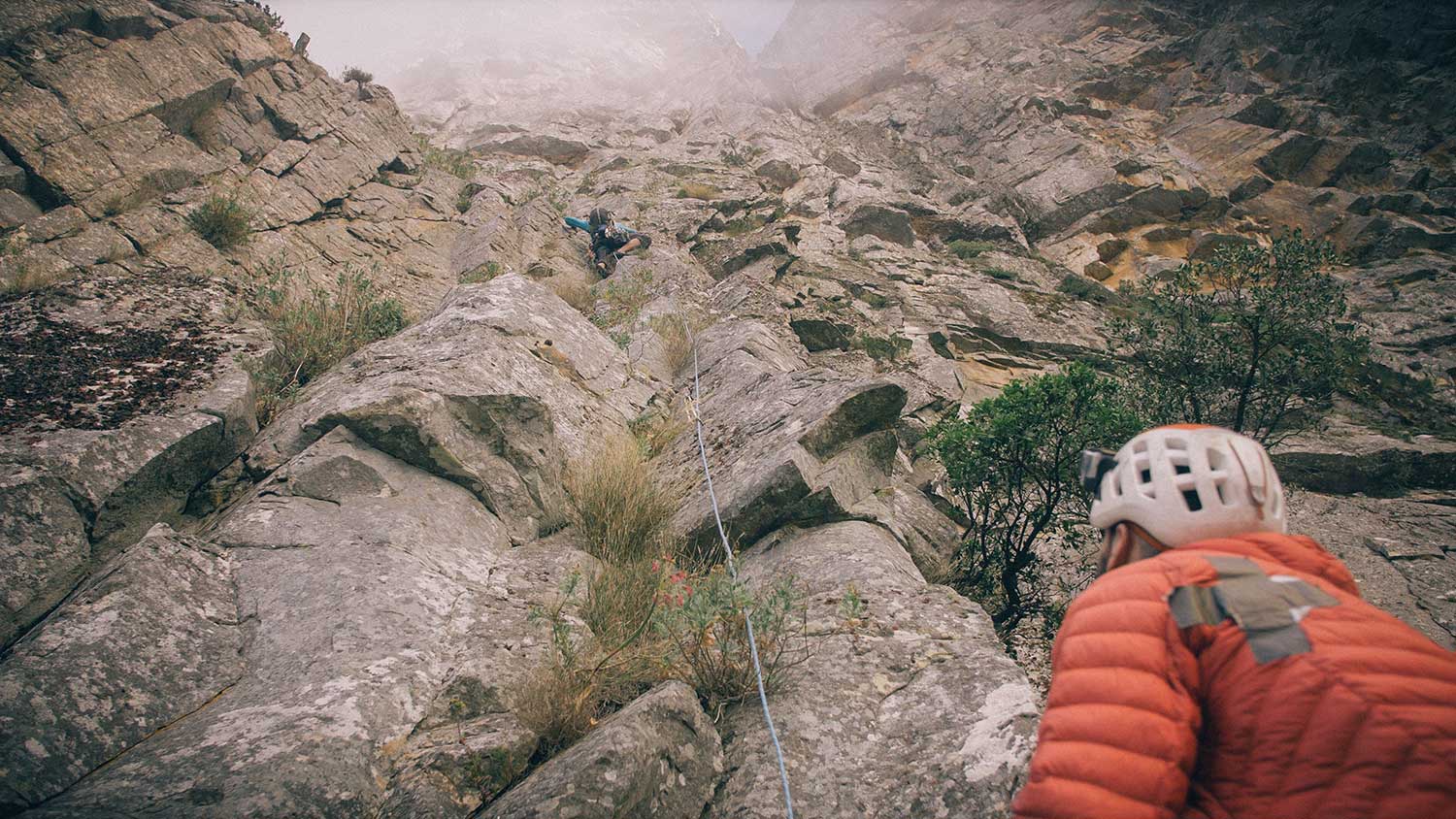 6 Responses to The Bobby Woods Challenge