You are here: Home › The BANFF Centre Mountain Film Festival is back
Posted by Justin Lawson on Sep 1, 2020
0

Attention all outdoor enthusiasts and adventure addicts. The BANFF Centre Mountain Film Festival is back, with Cape Union Mart bringing the festival to South Africa for the 16th year. The BANFF Centre Mountain Film Festival is one of the largest mountain festivals in the world and draws some of the best filmmakers and accomplished outdoor heroes to celebrate adventure, mountain culture, the environment, and the outdoors through film.

This year, audiences will get the chance to explore and experience some of the world’s most epic adventure locations all from the comfort (and safety) of your home. Featuring the best mountain films and exceptional filmmaking talent from all over the world, the festival offers something for everyone with a mix of topics and cinematic styles that will inspire and entertain. 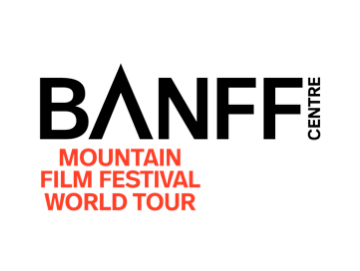 What’s more, viewers will get to see this year’s winning submission from the annual Cape Union Mart Adventure Film Challenge, where local filmmakers, adventurers, and athletes set out to capture and celebrate the country’s thriving outdoor culture as well as the spirit of adventure.

Says Cape Union Mart representative Taryn Scott, “As the world’s most prestigious adventure film festival, Cape Union Mart prides itself in bringing it to South Africa every year, giving local viewers access to the highest calibre of inspirational and authentic stories that showcase an inclusive and diverse range of strong everyday sports and adventure heroes, as well as amazing cinematic talent.”

Scott continues, “Since we cannot screen the festival at local cinemas as we have in the past, we will be looking at the best virtual options to ensure viewers remain as safe as possible while still being highly inspired and entertained.”

The Adventure Film Challenge was created to provide a platform for aspiring and professional filmmakers to win the opportunity to showcase their work at the annual BANFF Centre Mountain Film Festival. Entries for the Adventure Film Challenge opened on 3 August 2020 and will close on Sunday, 13 September 2020. The winners will be announced on 23 September 2020.
This year, Cape Union Mart has collaborated with numerous well-known South African adventure filmmakers, outdoor enthusiasts and influencers to encourage others to partake in this exciting initiative. Several established mentors are also on board to review submissions, including sports radio presenter Jeff Ayliffe, adventure photographer and author Jacques Marais and Instagrammer, and social media strategist Hloni Coleman.

Scott concludes, “We’re very excited to see what this year’s festival holds. Over the past 15 years, we’ve seen tremendous growth in interest from participants and attendees. We’re confident that this year’s event will be a runaway success.”
The BANFF Centre Mountain Film Festival will run from Thursday, 29 October to Friday, 30 October 2020.