From Facebook, 10/10/2020: A local climber fell some 8 meters, suffering significant head and upper limb injuries on the Mountain Club of South Africa’s Cederberg Breekkrants property over the weekend. It’s a remote area with limited cell coverage. A fellow climber had to hike out to a nearby mountain peak to be able to get the distress call to Mountain Rescue.
Due to his serious injuries and the seven hour hike from the nearest road, a helicopter rescue was the only feasible rescue plan. Due to high winds, a South African Air Force Oryx helicopter was requested.
4 MCSA members formed part of the WSAR team of 6 rescuers who responded. The team included 3 mountaineers and 3 medics (an ALS Paramedic and 2 doctors).
The patient was medically stabilised and airlifted to Ysterplaat and then transported for further medical care to Vincent Pallotti Hospital where he is still admitted. We wish him a speedy recovery and hope to see him climbing again soon.

This was none other than our own Justin Lawson of Montagu and climbing.co.za fame.

Some details, for those of you that are interested:

Justin and about 20 other hikers, were part of an MCSA Cederberg hiking meet, led by Martin Kleynhans. The group was hiking in a very remote area of the Cederberg, the Breekkrants area, a property owned by the MCSA. (The various MCSA sections own five different huts, including the TM hut, and 20 properties in the Western Cape, the Breekkrants being one of them). MSCA properties and huts in the Western Cape.

Justin, Karen, Andrew and Megan decided to leave the main hiking group and scramble up to a subsidiary peak of Moorreespiek, which is located is next to the Breekkrants twin summits. 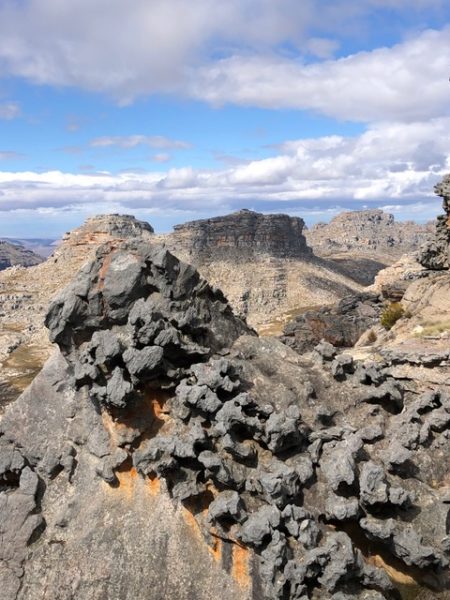 The scramble is relatively easy for climbers, not so easy for hikers, so Justin decided to help the hikers. He in fact did the scramble a few times, when on the third run a key foot hold broke. Justin came crashing down, luckily stopping on an intermediate ledge, coming very close to falling much further.

Andrew, Karen and Megan saw the whole thing. Andrew says, “the sound of a human body impacting rock is about the most horrible thing I have ever heard. I can still see and hear the whole thing”.  Justin fell about 10m, doing some cartwheels on the way down. 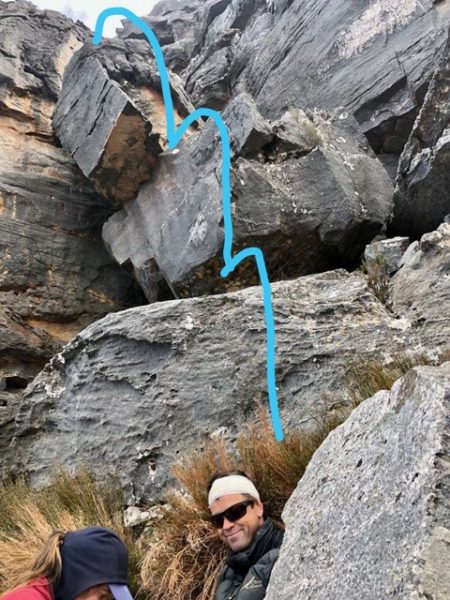 The three others got to him immediately. Justin appeared very confused with signs of concussion and had a deep head wound and an extremely painful shoulder. It appeared that Justin had not broken anything, a small miracle, but was definitely in no condition to hike the three hours back to Zuurvlakte, followed by a three-plus hour drive back to Cape Town.

Andrew managed to get a very faint and intermittent MTN data signal, and sent a WhatsApp message out to every MCSA rescue member he knows, with Brent Jennings responding.

Due to high winds in the Cederberg, the regular AMS Skymed was not an option, so the Air Force had to be roped in, which takes a lot more time.  Four hours later, the SAAF Oryx helicopter arrived, hovered, and dropped off MCSA volunteers Ant Hall, doctor Mathew Young, Mo Thilo and Richard Mattheyse, as well as two paramedics from the Metro rescue base in Cape Town.  After allowing 30 mins for the medics to assess and treat Justin, the helicopter returned to uplift Justin in the stretcher. Even in his concussed and trussed-up state, Justin had the presence of mind to brief his group on proper landing-zone etiquette! He was then flown non-stop to Vincent Palotti. 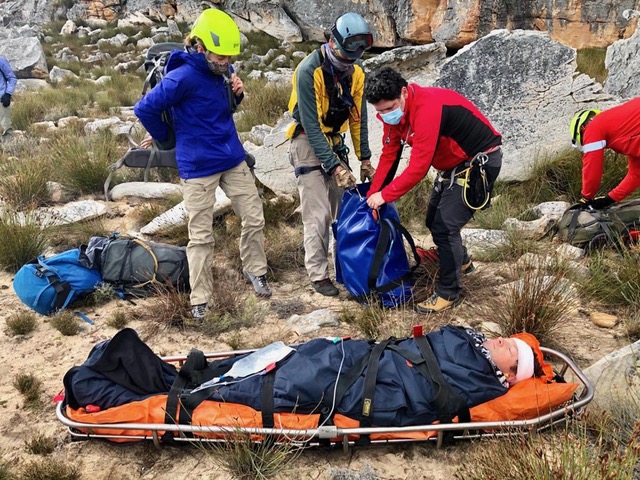 Justin being prepared for the airlift.

Justin is now at home, recovering, working on a suitable reply to the Ebert Nel MCSA Forum post and Illona’s questions about why one should join the MCSA:

And watching Free Solo, Africa Fusion and other Alex Honnold classics, thanks to a hard drive from Robert Breyer. 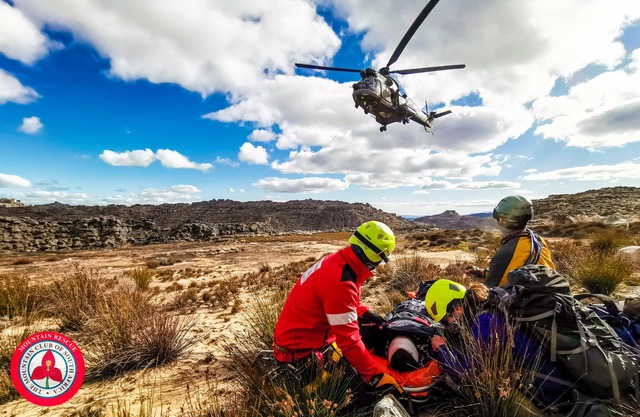 The SAAF Oryx helicopter getting ready to land.

Thank you to all the MCSA rescue volunteers, their colleagues in WSAR/Metro and the South African Air Force. And do save the WSAR Rescue phone number: 021-937-0300.