Matt Grunewald is a 17-year-old scholar at St Andrew’s College in Grahams Town.  A talented yet humble young man, with a steely focus and insane finger strength.  Since he started climbing about two and half years ago, he has been on a sending spree; ticking off a number of hard boulders and sport routes with relative ease.  Notable sends being; ‘No mi gusta’ 8A+ in Rocklands, ‘Shebeen Darkness’ 7C+ flash also in Rocklands, ‘Mr Extension’ 30/8a in Waterkloof and ‘Stoned Toad’ 31/8a+ at Lady Slipper in Port Elizabeth.

“Noose” is a short (4 bolts + chains) sport route, in van Staden’s Gorge, about 40 minutes’ drive outside of Port Elizabeth. Bolted for Adam Ondra’s visit in 2009 by Derek Marshall. Due to poor weather conditions, he never got a chance to try it. It has seen few attempts over the years, Clinton Martinengo being the one noteworthy climber that has really given it some effort. 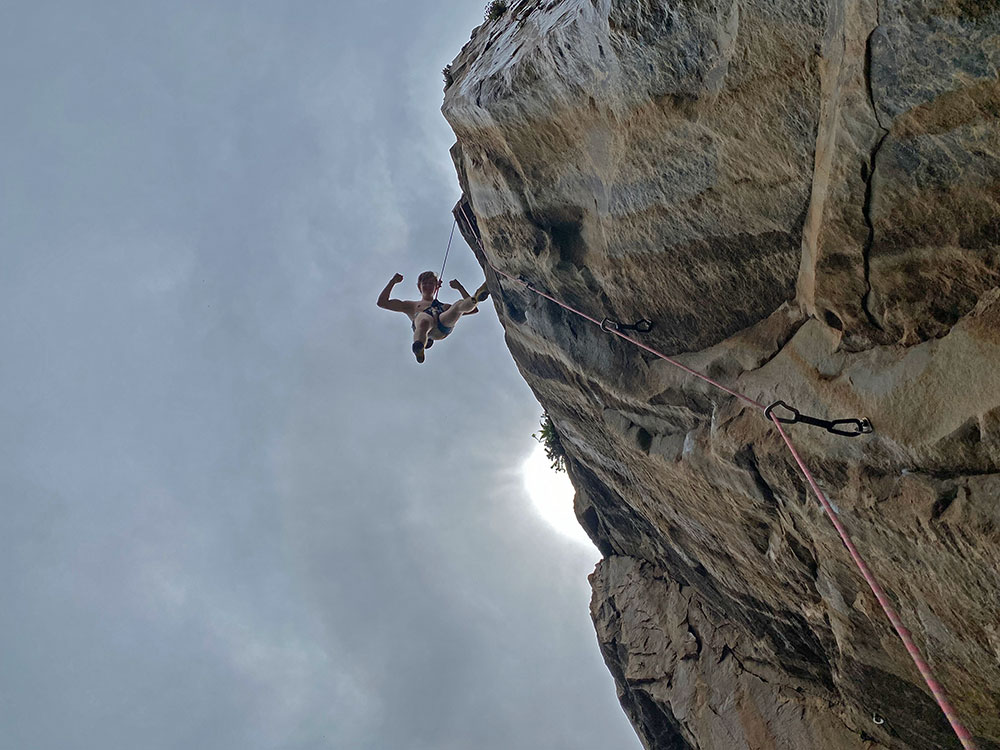 From the horse’s mouth (Matt Grunewald):
In the two and a half years I’ve been climbing I’ve always been drawn to projects and trying hard things that feel hard to me.  I see projects as a bigger challenge than your average day at the crag, not always knowing whether a send is even ever going to be possible.  What drew me to this project specifically is that it was the last un-sent line at Cleopatra’s Wall, which is pretty much my home crag.

I first got onto the “Cleo Project” a year and 10 months ago, 8 months after I started climbing.  I could barely pull a single move on the route.  Since then, I have been back five times and by the fourth session I had done the route in three desperate parts, but excluding the 1st crux which is right at the beginning of the route.  I didn’t get back onto the project for another 8 months, instead I focused on bouldering and training. 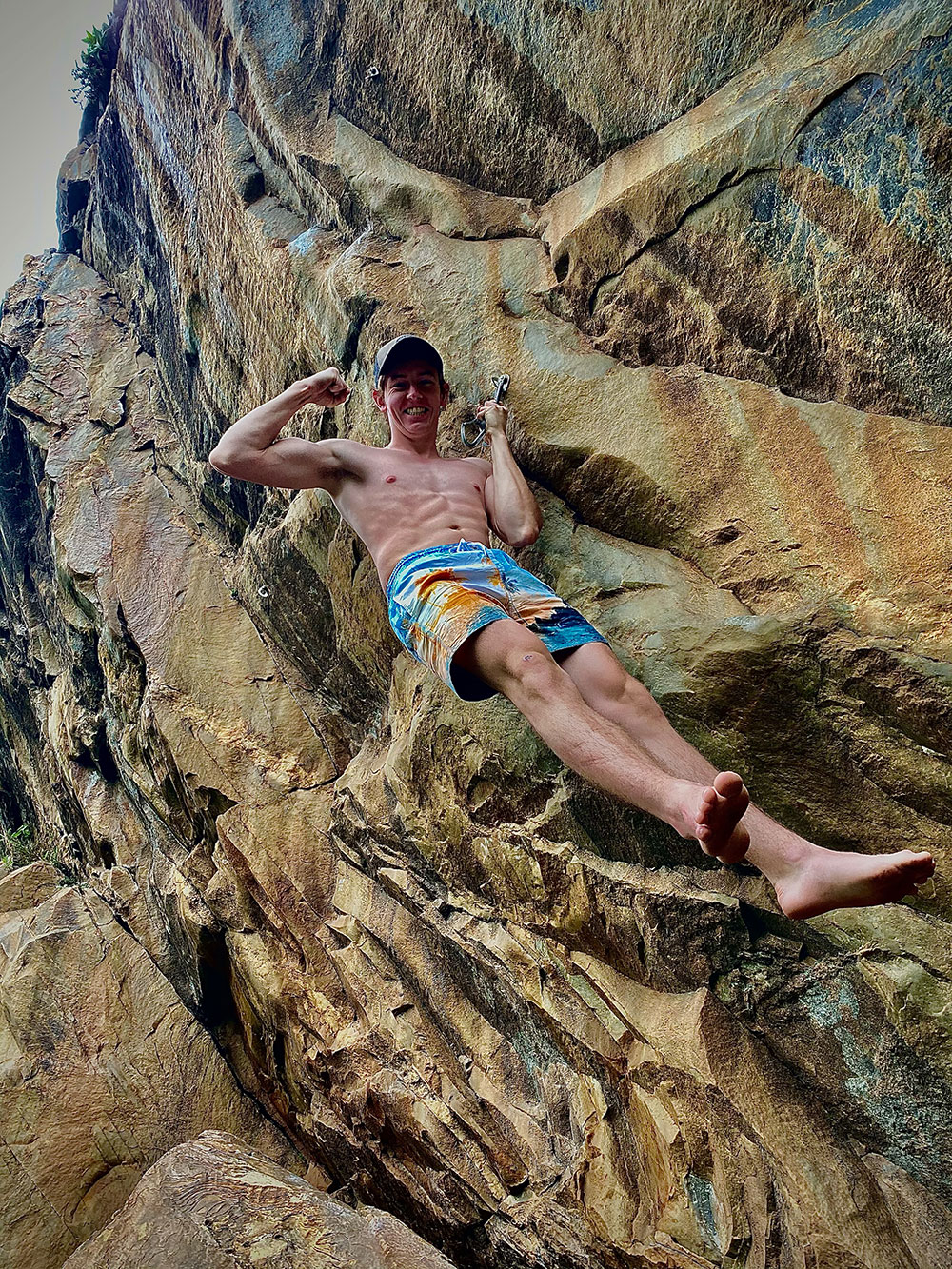 After a trip away to Fort Fordyce last month where I had come really close to sending another Adam Ondra route that he opened at the grade 33 in 2009; I was feeling fairly strong and super psyched to give the proj another bash.  My fifth session saw me managing to do the crux, but not able to link the rest.

Walking in on Monday for my sixth session on the project, I felt like I was wasting my time trying it. It was humid and everything was damp, but I was told in no uncertain terms that, ‘if we drove all this way and I didn’t get on to it, I’d be finding my own lift home.’ So, with that bit of encouragement from my father, I gave the route the first burn of the day and put the draws up. It felt really good, but not good enough for a send. 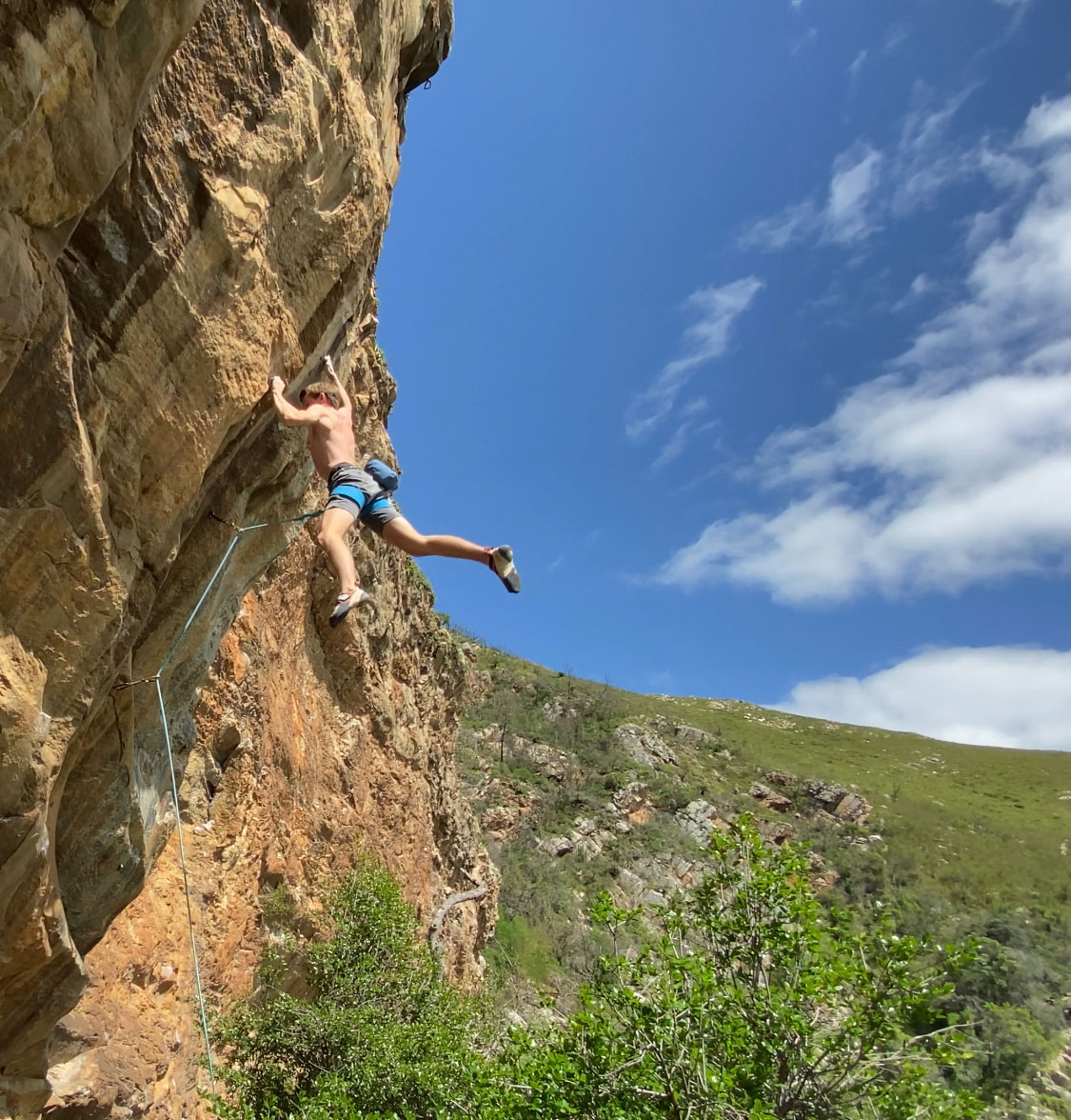 On my second burn, with some ‘Back in Black’ by AC/DC playing in the background (my send song), I’m not quite sure what happened, but I flowed through the route with ease. It’s always my favourite part of sending, how your mind just takes a backseat to what your body is doing.  And then of course sending is just such an amazing feeling until thirty seconds later when you realize you need a new project and starting thinking about what’s next!

The hard part for me afterwards was trying to grade it. I’ve never climbed something of this grade before, however as I mentioned I’ve come really close on that 33 that was opened by Adam Ondra in only a few attempts over basically two sessions. To me this project felt harder than that line so I feel that it’s fair to grade it the same – 33/8b+. I’ve heard that Clinton had said he reckons its around about there too, so I am confident it shouldn’t get downgraded.

A big thanks to my belayer, my father.  And of course, a huge thanks to Derek Marshall for allowing me to open the project and for putting so much time and effort into developing crags all over South Africa, but especially the Eastern Cape. 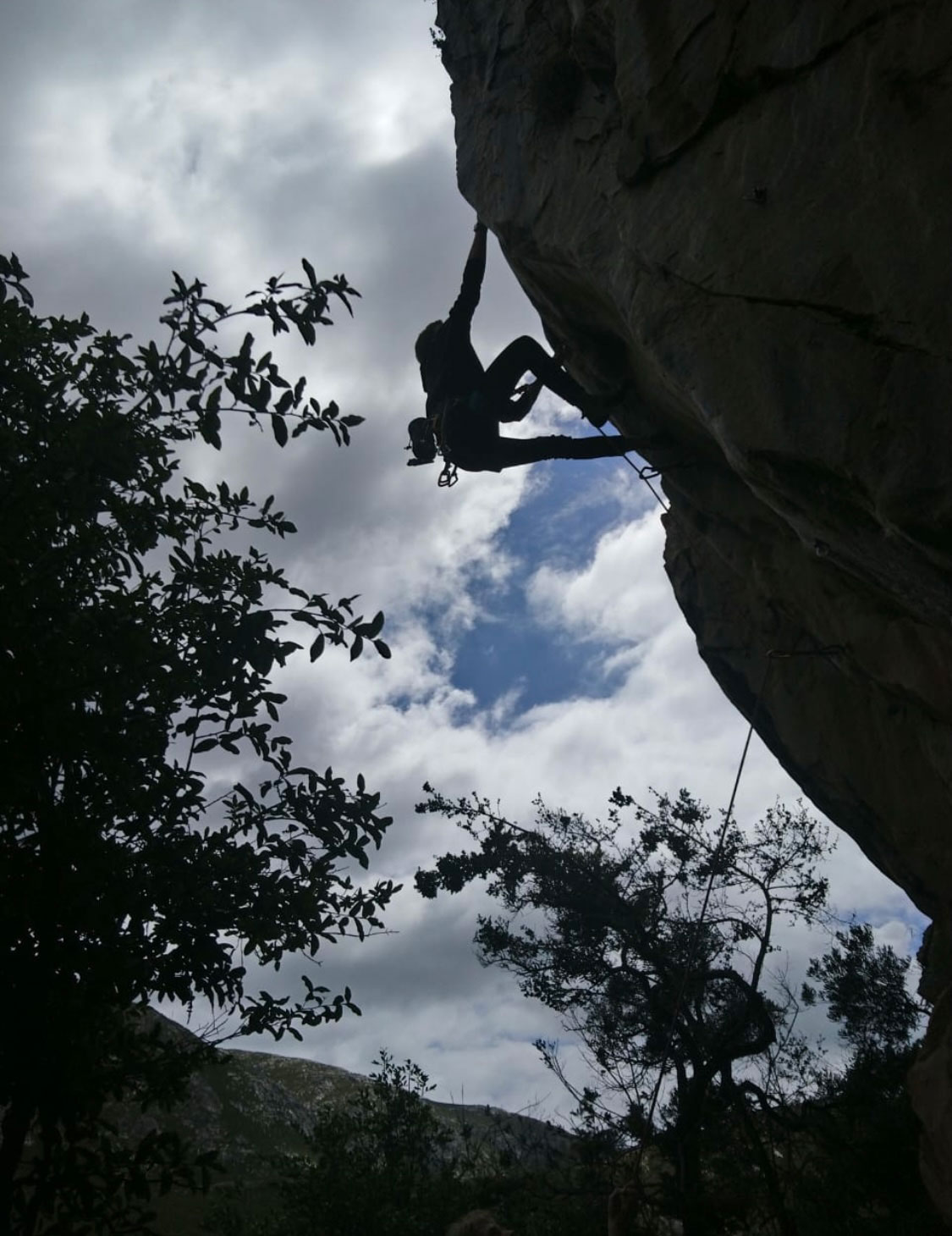