You are here: Home › Garnbret and Škofic to climb the tallest chimney in Europe with 360 meters
Posted by Justin Lawson on Jan 27, 2021
3

Slovenian world-class climbers, Janja Garnbret and Domen Škofic, took the climb of their lives and tackled the longest artificial multi-pitch route in the world on the highest chimney in Europe (360m).

The tower at Trbovlje Power Station used to billow smoke out of its neighbouring chimney from its summit 360 metres into the sky. Now no longer operational, two of the world’s leading climbers Janja Garnbret and Domen Škofic came together to tackle the tallest chimney in Europe in their native Slovenia.
It stands as the highest chimney in Europe but, from 2014, it has not been operational. The route plotted out for Garnbret and Škofic was also the largest artificial climbing route in the world, designed by specialists and IFSC route setters Katja Vidmar and Simon Margon. 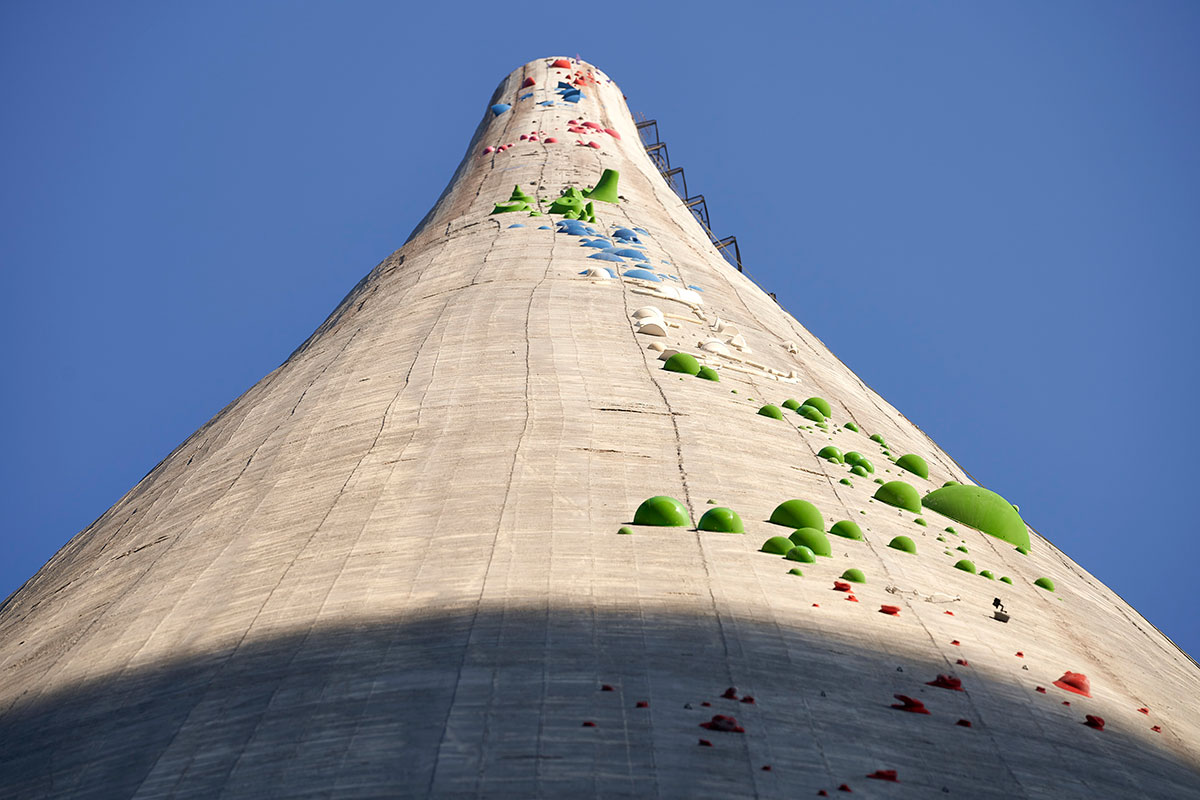 There were 13 pitches to tackle in all, the easiest of which were graded at 7b, while six were graded 8 and above. The most challenging was pitch 10, 257 metres above the ground and graded at 8b+. Neither climber knew the course, movement or arrangement of the pitches before starting the route – only able to see the initial 30 metres clearly from ground level prior to the climb. Something of a climb into the unknown for the duo, it took them nearly 12 hours to reach the ascent at their first attempt, doing so just as it turned dark. 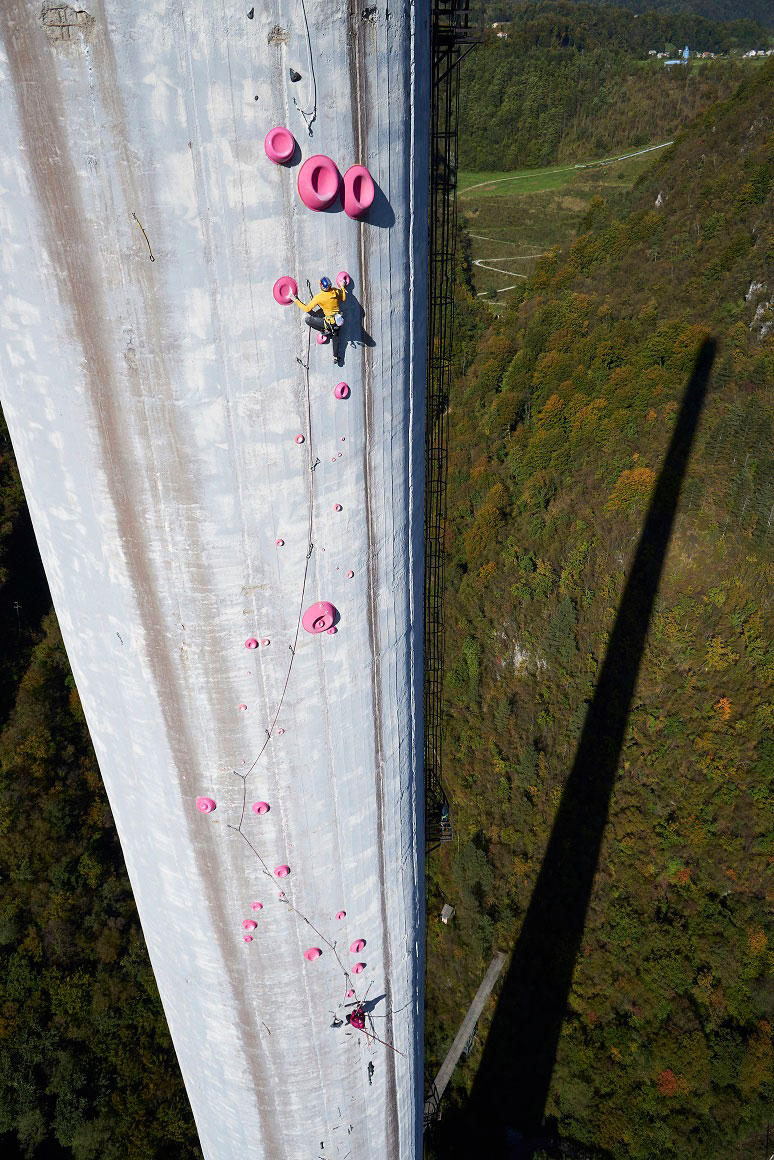 For Garnbret, it was her first attempt at a multi-pitch climb, and she readily admitted to the fear factor. “I was a bit scared before the start,” she said, “I was afraid of falling, which can get really nasty in case of a vertical wall compared to an overhanging wall where you hang in the air. Here you can quickly hit a wall or a hold before the rope stops you. Thus, I needed to fall a few times until I finally relaxed and banished the fear.”
Škofic’s experience of such climbs was hardly much greater having done just one multi-pitch previously. Prior to the ascent, he said: “The chimney is completely different from anything I’ve climbed so far. It is a giant, artificial object, which I found rather mystical. I felt discomfort, strong fear of the unknown but I quickly made friends with the chimney, as the route was really beautiful and challenging. Once I started focusing on climbing, all other thoughts were gone, and I was just enjoying it.” 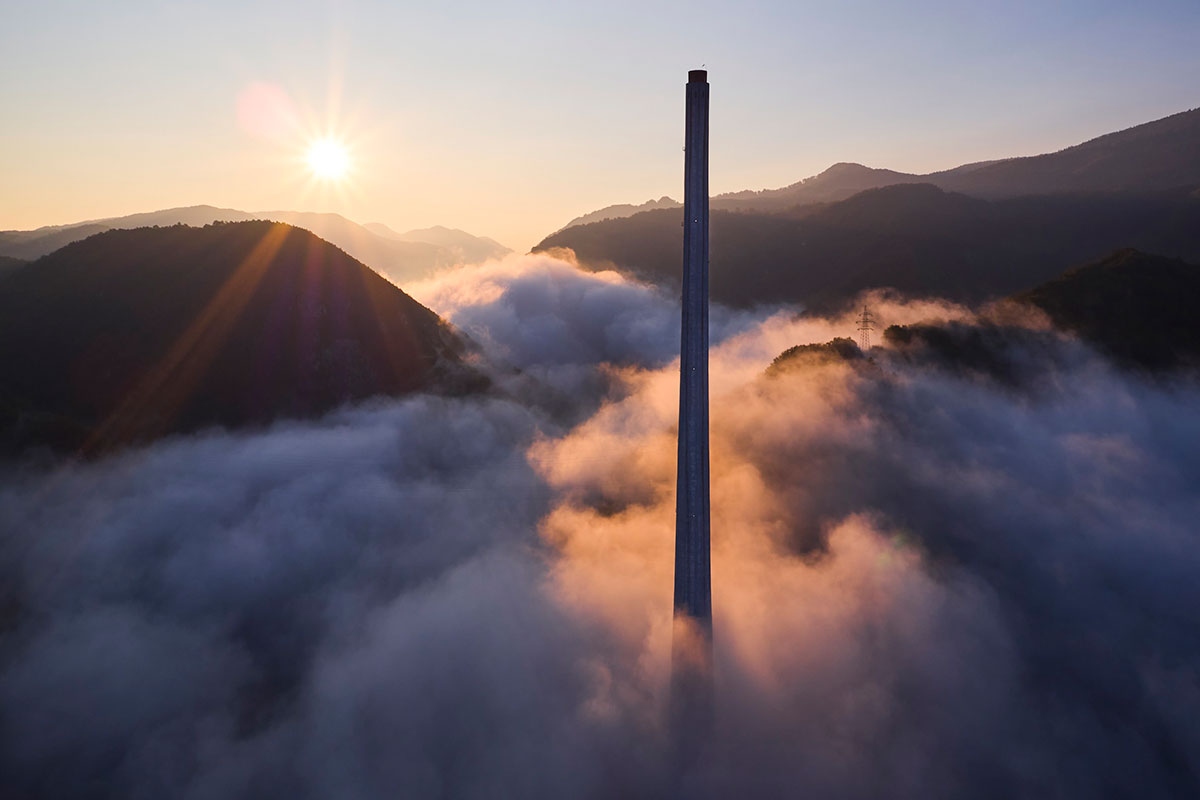 On their opening attempt, they were given from dawn until dusk to complete it. But such was the challenge that they did not both complete every single pitch. If one of them fell, they moved on although, between them, they completed every pitch.
Four days later having recovered from their exhaustion they returned to the foot of the chimney once more with lighter equipment and the experience of having climbed it before. This time they both completed all 13 of the pitches, without falling, and almost 4 hours faster with 7 hours and 32min.
Of climb two, Garnbret said: “The most difficult pitch is really hard and so high up the route but I wasn’t afraid of it in the second attempt, I was more afraid of a few big dynos lower
down the route where you lose a lot of energy and you need to be 100% focused to prevent any falls. A fall means repeating pitches and losing additional strength and time.”

B.A.S.E – a wingsuit and FPV performance
2021 Everest Season in Limbo as Pandemic Rages On