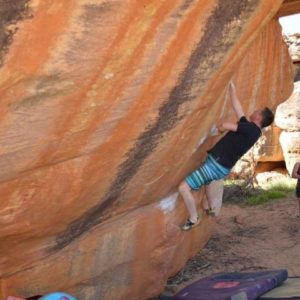 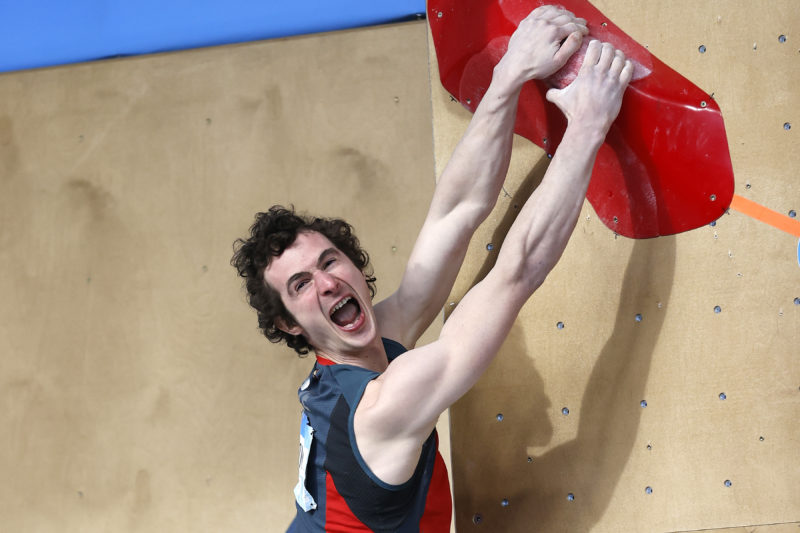 Today, climbers will take part in the Olympic Games for the first time ever. With such a momentous occasion, I think it is a great time to reflect, with tongue in cheek, on how we got here and where we are likely to go in the future.

Back in the day, I wrote an article about whether climbing would fit in at the Olympics. I concluded that it needed to be strange enough to fit in with such illustrious events as backstroke, steeple chase and the holy grail of silly sports – triple jump.

At first glance, you might think that these events are normal, so let me explain. Backstroke is like running backwards, so imagine how silly it would be to have the 200m backwards sprint on the track. And we haven’t even mentioned breaststroke and butterfly…. Then there is the steeple chase, which is a jog around the track with a few big hurdles. One of them has a big puddle on the other side, so you do most of the event with soggy shoes. I dare you to suggest a similar new event today…

In principle, climbing is not as silly because the person who gets the highest wins. But we’ve made it silly by adding zones to boulder problems and confusing lead climbing with speed climbing by limiting the time that the climber has to do the route and using time as a decider in the event of a tie. By comparison, they don’t use time to decide a weightlifting competition if two athletes lift the same amount.

Based on being just silly enough, the International Olympic Committee has now included climbing in the Tokyo Games. But they actually went one better and added a format that is about as sensible as an athletics event that combines running the 100m, 1500m and high jump. Oh yes sports fans, they thought it was better to lump together bouldering, sport climbing and speed climbing in a combined event rather than having three separate events.

They have also added a few other new sports, and we now need to think about how we can stand out from the novelty sports like surfing and skateboarding and become one of the prestigious Olympic events like gymnastics, weightlifting and the fighting sports.

In gymnastics, they give you points for style in addition to the difficulty of your routine. So rather than only seeing which climber gets the highest, we should give bonus points for style, meaning that you can actually fall lower on the route / problem than someone else, but still beat them!!

The situation is different with weightlifting and the fighting sports because they have been incredibly generous and allowed really, really, really crap athletes to take part by adding weight divisions. If they only had an open division, it would always be the heavyweights who won – the rest are only there because they have contrived the rules.

In the current format climbing only allows the lightweights to win, so we should learn from this and introduce weight divisions to enable heavy climbers to take part. I think that over 120kg speed climbing could develop a kind of cult following. Similarly, how good would it be to have sub five-foot basketball, hammer throw for people under 48kg or the marathon for those over 100kg.

Maybe we could elevate this by bringing in a matrix that considers both weight and age. I’m sure that I would be highly motivated to bulk up for bouldering in the over 60 years, 90kg plus category for the 2032 Olympics….