To date there are two routes up the Ngopane spire: one moderate three-pitch sport route to the summit with fantastic exposure and an easy 45m trad line almost half-way up the crag. There is also an easier scramble off the back of the crag from the top-out of the trad line. 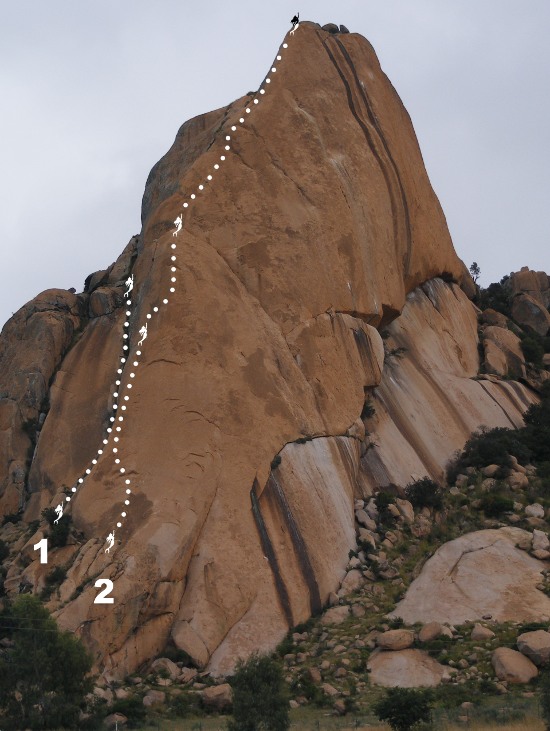 Opened in a single 45m pitch on double ropes, this line follows the right hand crack on the south-eastern side of the crag to a point 50m below the summit. To get down, scramble under the boulders to the left at the top of the climb and scramble down the steep gully on the crag's southern side (to your right as you exit from under the boulders).
FA: Vince Egan & Ed McLenaghan - October 2009

This line is the first sport route to the summit of Ngopane, taking three pitches up the eastern arete.

Ngopane is a granite spire, nearly 100m in height, about 50 km to the north-east of Wellington's Dome, in the village of ga-Mashashane. The crag is in the middle of the village and the general reception there is friendly and chilled out.

Here is a map of ga-Mashashane showing the position of the traditional authority office: 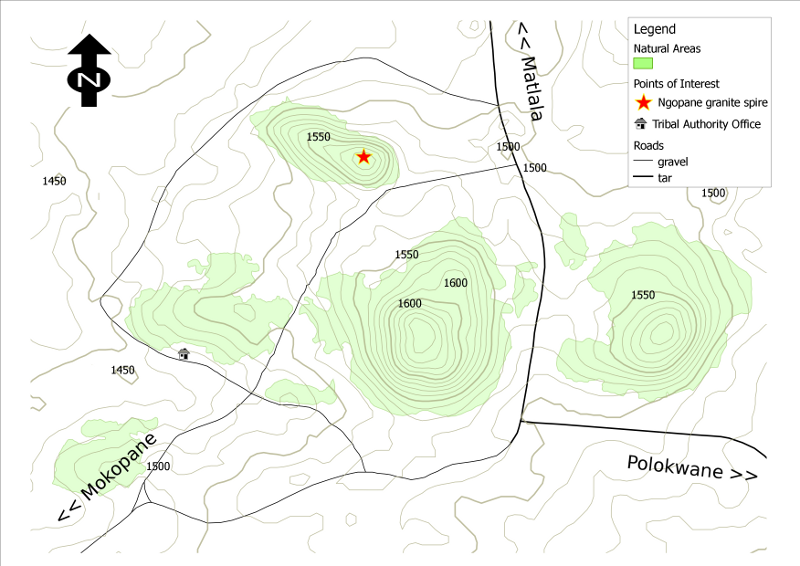 Access is currently being negotiated via Kgoshi Mashashane - watch this spot for details! Note that, regardless of the access agreement agreed to, all climbers need to report at the tribal authority office before climbing and should phone Robert (078 360 3555) at least a day in advance to inform the community of your impending arrival. Need more details? - contact Vince at vince.egan@gmail.com. Any feedback on the crag would be appreciated!